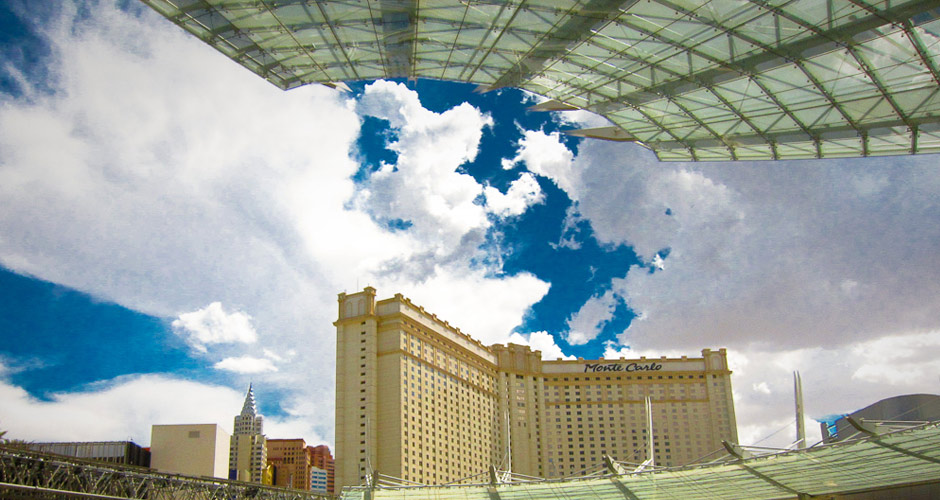 What’s there not to like about Vegas? You have the best food in the world, legal gambling, strip clubs, and it’s always a party. Then again…there’s the extreme heat during the Summer, lack of sleep, and the magical hangover experience. Formula D returned to Sin City for Round 5: After Dark at the Las Vegas Motor Speedway. History was made again when Team Falken swept the podium.

Here’s my behind the scenes story from the weekend. The journey began with a drive from LA on Wednesday stopping at the Aria hotel in City Center to check out their buffet. It was good, but I still like the Wynn’s better. Then checked into the Golden Nugget in Downtown Old School Vegas, which they remodeled and is a lot nicer than it was 7 years ago when I stayed there last. Thursday morning got up early to make it down to the FOX5 news station where Samuel Hubinette was interview on-air during the morning news show. The segment turned out really good with Sam even able to drive the Mopar Dodge Challenger into the set and conducting his interview from the car. News stories like this are a great way to showcase to the average viewer and local resident what drifting and the series is all about. 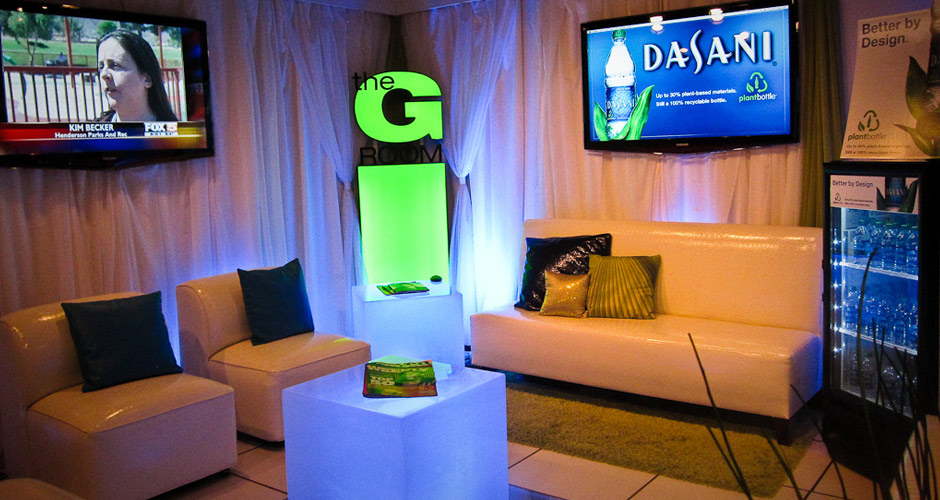 The Green Room felt more like a cabana pool side. 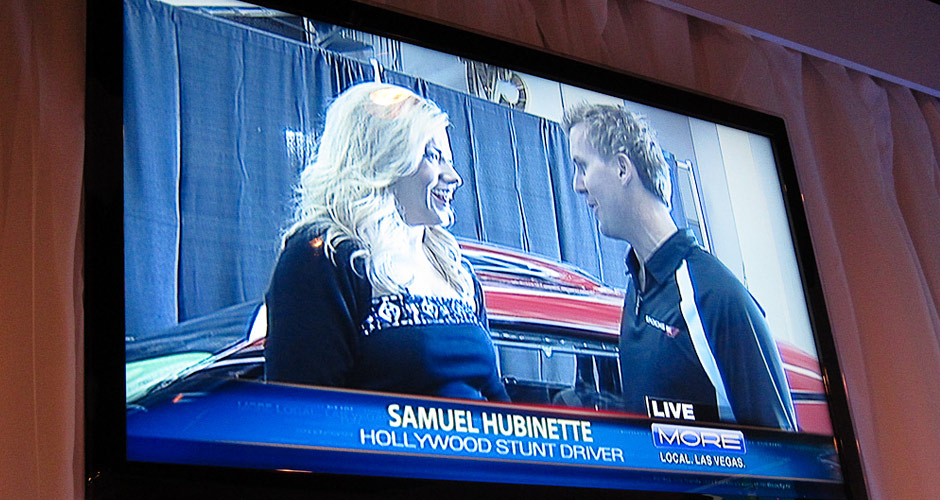 Sam met this reporter while in Spain promoting the movie, “Knight and Day,” with Tom Cruise and Cameron Diaz where he was one of the lead stunt drivers.

Thursday night at the track the drivers were able to test and practice for the big weekend. The course in Vegas is one of the fastest and more technical courses on the circuit. It requires the drivers to fully commit to get a higher score and many drivers fell victim to the wall. 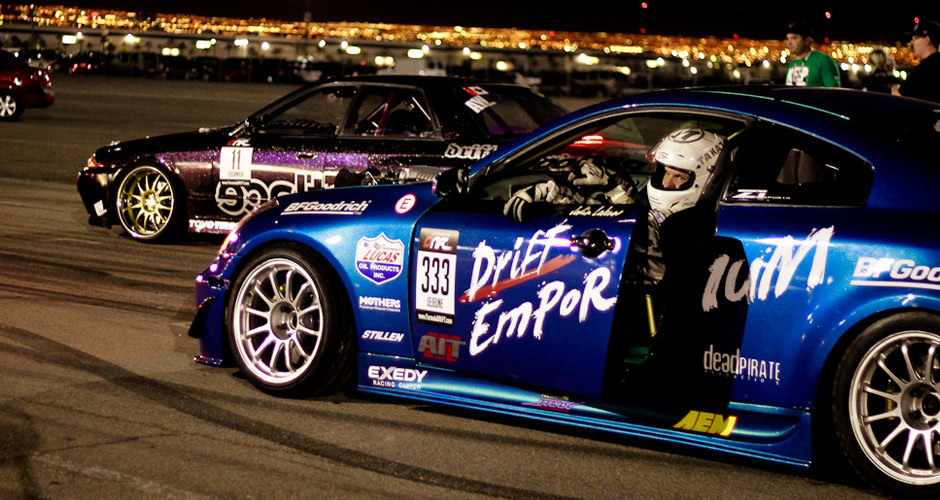 One of those drivers that met the wall was Jodin. Good dude and he’ll be back in Sonoma.

The metallic paint and lights of Vegas just come together perfectly on this Fatlace sponsored car.

Because of extremely hot track temperatures during the day. Practice is held at night, which means the drivers are at the track until past midnight. I was able to sneak away for a couple of hours and get as much rest as possible before heading back to the track at 4 AM to make the FOX morning news call-time. FOX sent a reporter to cover and promote the event for their 6 AM – 9 AM morning news broadcast. Formula D received 4 large segments and 8 teasers during this time period, which again brought a lot of attention to the event.

Much respect and thanks to the drivers and teams that pulled an all-nighter to make this happen including Ryan Tuerck, Ken Gushi, Robbie Nishida, Joon Maeng, and Charles Ng. This is real dedication and I am sure that their sponsors appreciate these efforts and sacrifices they made. 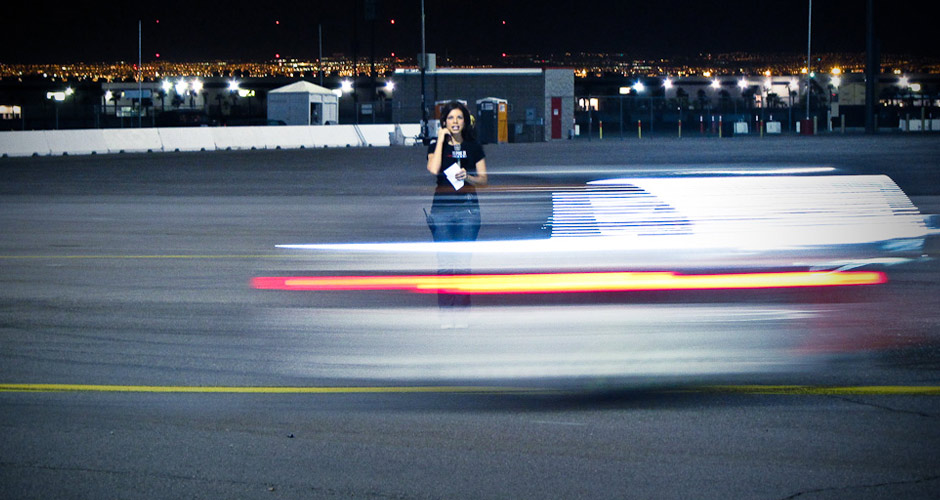 To fill one of the teaser’s before the sun came up the reporter stood in the middle as Charles Ng and his “Tron” style RX-7 drifted around her. 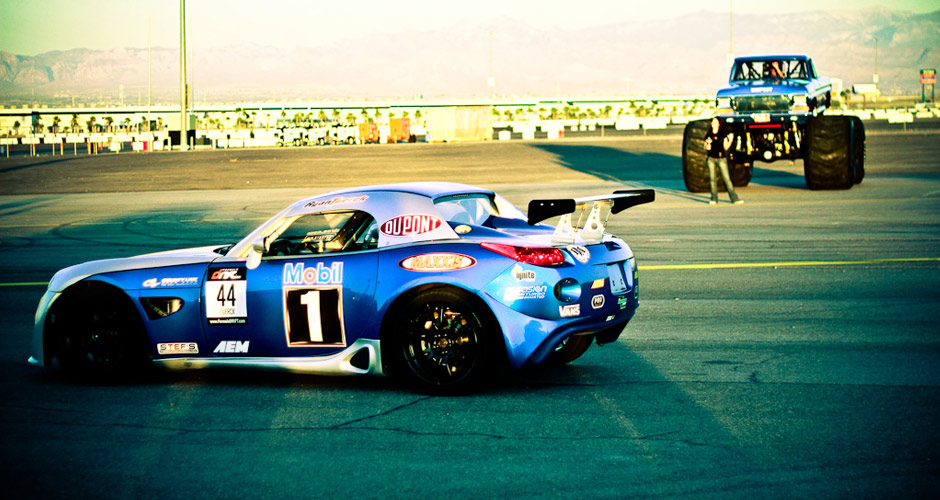 Have you ever seen a drift car and a monster truck go head to head? The highlight of the segment was with the infamous Big Foot driving in circles, while all 5 of the drivers drifted counter around the massive truck.

Another hour for the FOX MORE entertainment show with Sam filled the 9-10 AM hour. Then it was off to the hotel to catch a few more hours of sleep before the event really begun. Fridays are more of fan appreciation days were they can meet and mingle with the drivers, watch qualifying, and of course get an autograph. 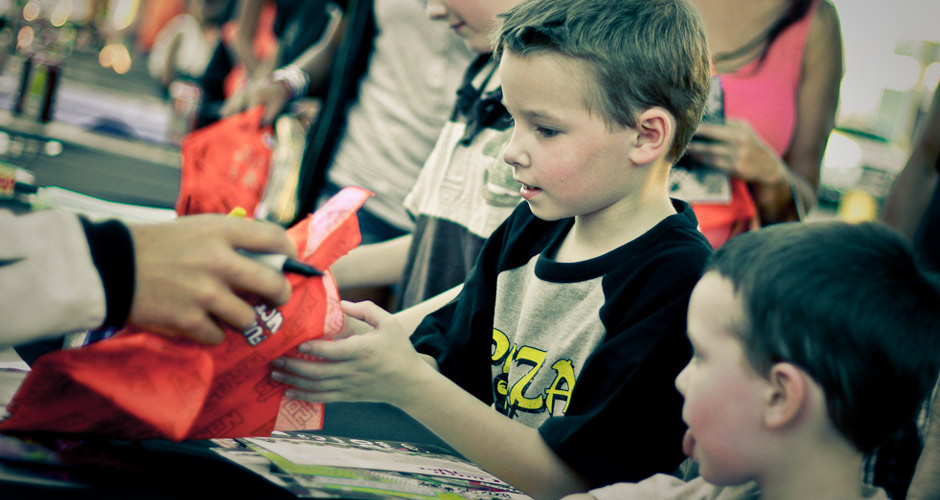 It’s awesome to see kids at these events as I know how stoked they must be to get all the free giveaways that the sponsors provide and have the ability to meet some of their heroes in person. 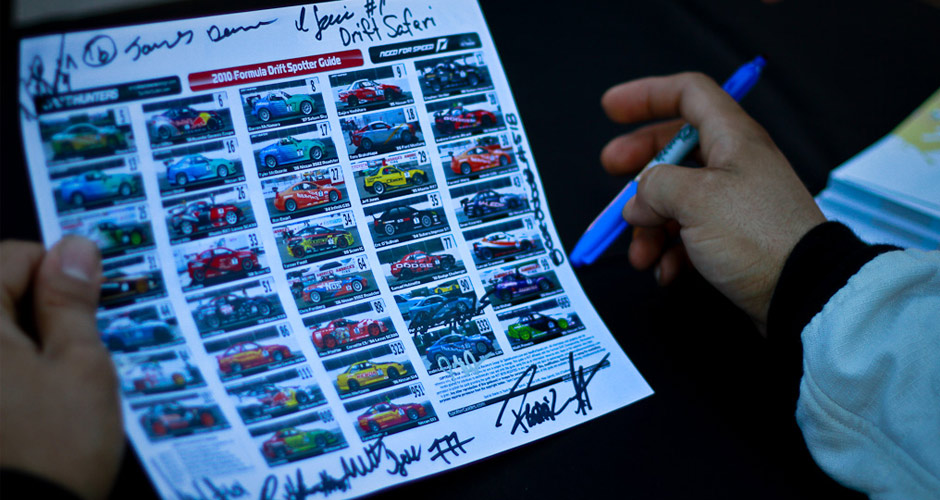 Need for Speed / Speedhunters.com / Andy Blackmore designed this great spotter’s guide for the fans featuring all of the top cars of the series which can be downloaded HERE The action heated up literally on Saturday where the main competition took center stage with the Top 32. This track separated the men from the boys and the extreme heat took its toll on many vehicles. 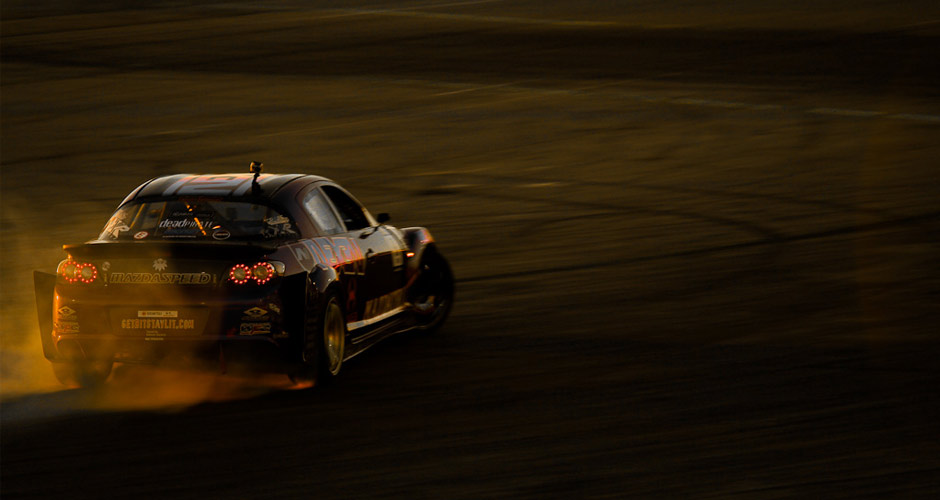 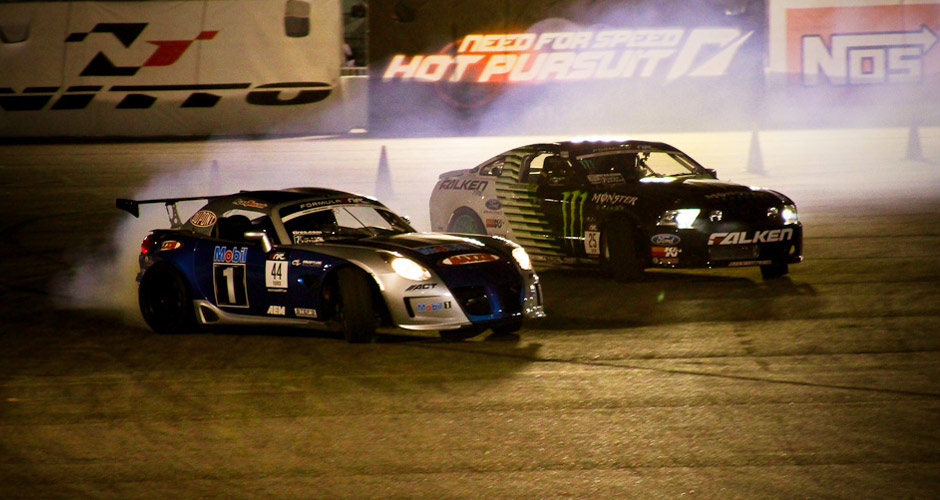 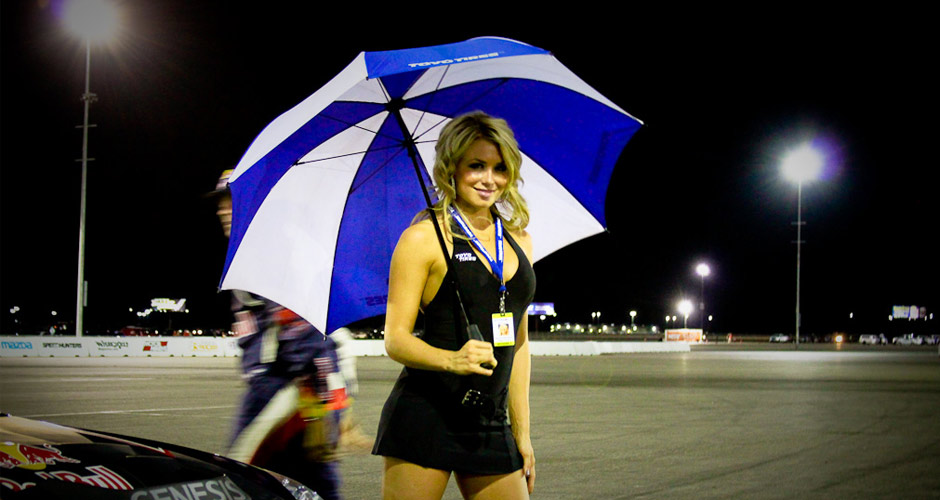 Next up Round 6: Point of Impact at Infineon Raceway on September 10-11.