G-Fine’s Gachapin-themed Y33 Nissan Cima was one of the most popular VIP cars at the Tokyo Autosalon Show in 2009. Some have seen this car in person and some its your first look. What some people might not know the owner isn’t a he but is actually a she! Awesome and if you’re ever in Japan, you’ll notice the women drive the brightest colored cars there! Our friend drives a bright yellow Escalade while the other drives a bright pink Caddy! That’s Japan for ya. Here’s some photos from a photoshoot we dug up from their archives which they shared with us. 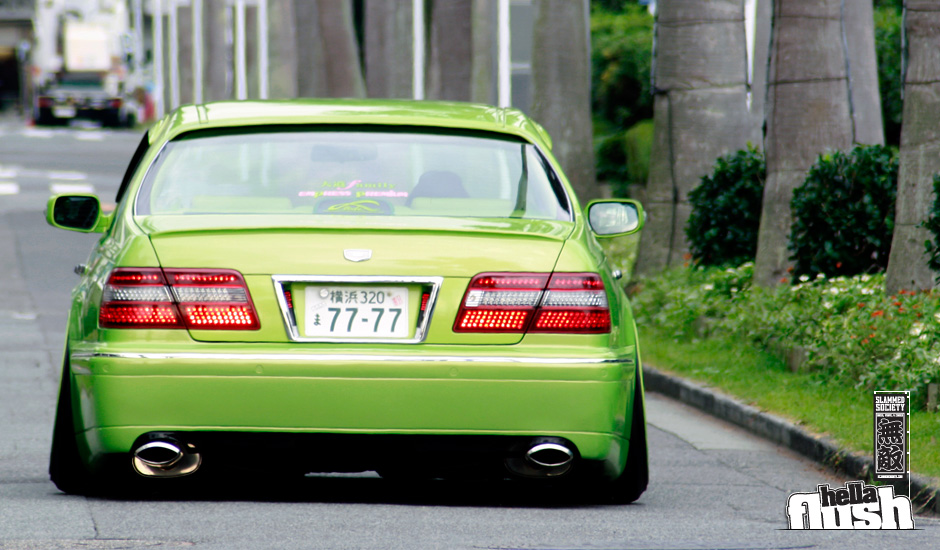 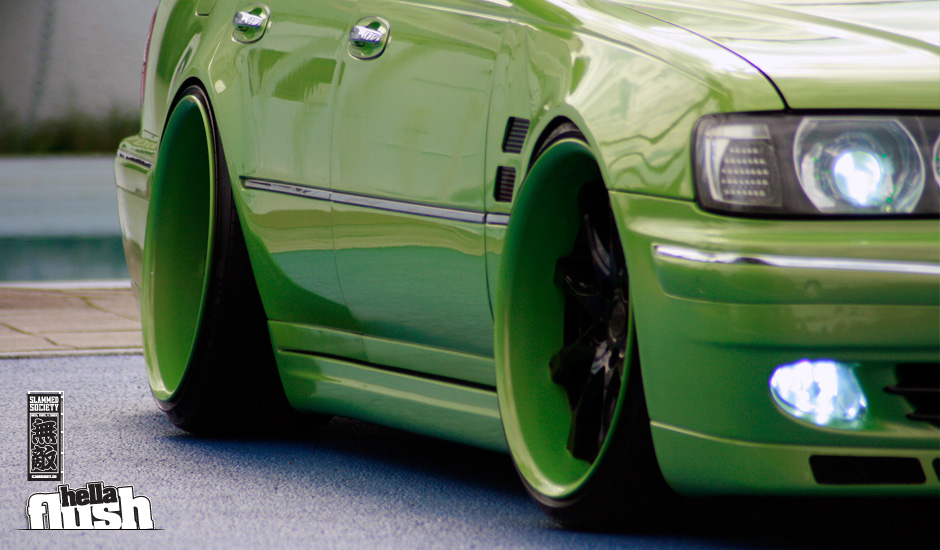 And again, you never see the interior of these cars. Here’s some shots. Crazy! 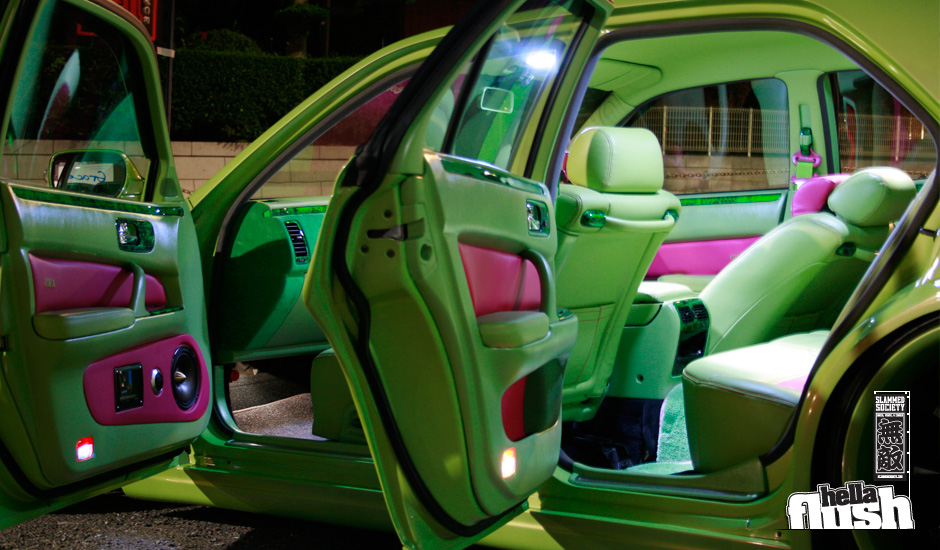