Congrats to the Giants for winning the World Series! (I’m still smiling about it) To celebrate there was a victory parade where they took the same route as their arrival in 1958. It was a regular day for me, just planned on taking an early lunch break. Bart was packed and hit a record for ridership.

Did someone play hooky? 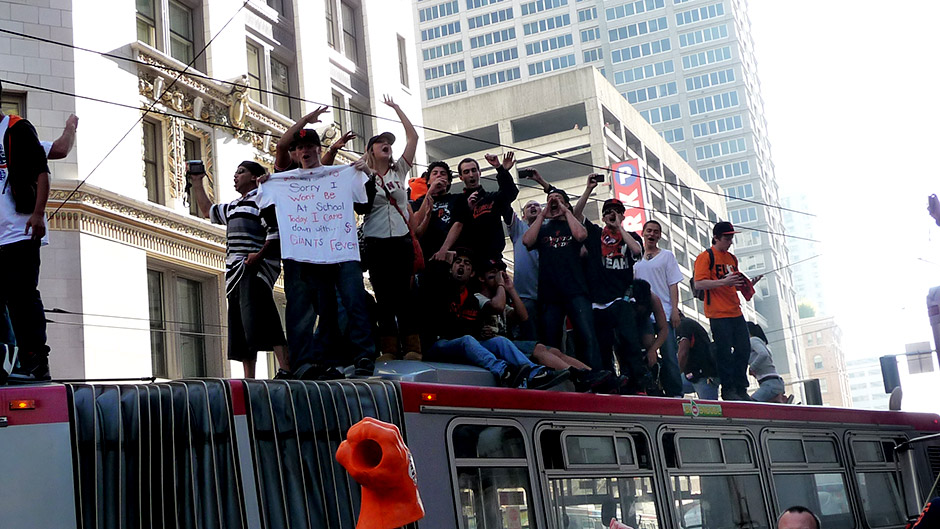 All day all I saw was black and orange. This really brought all the local fans within 100 miles together. Awesome! Cool vibes all day. I’ve never seen the streets so packed. It was like a mosh pit trying to find a spot to post up at. Not as crazy as a pit, most people were polite except for a few knuckle heads trying to bulldoze their way through the crowd. 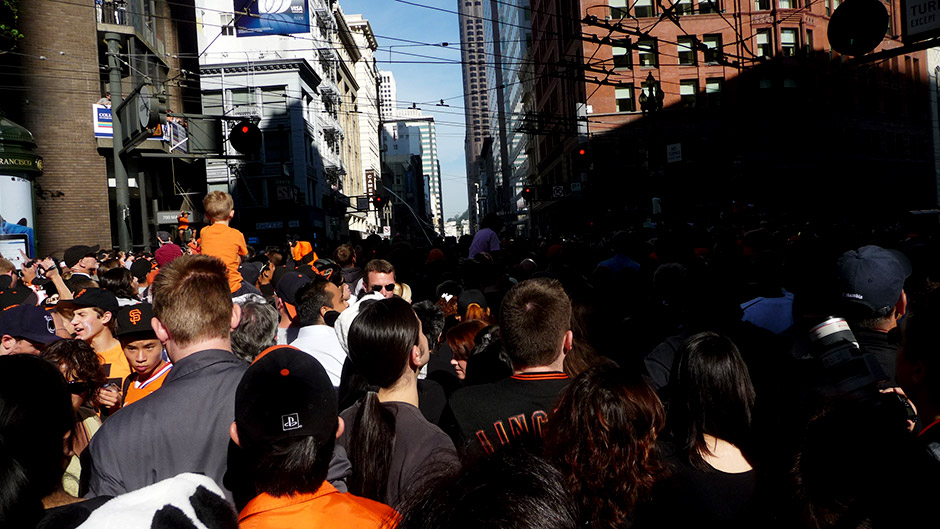 Fans improvised and climbed anything to get a good look. 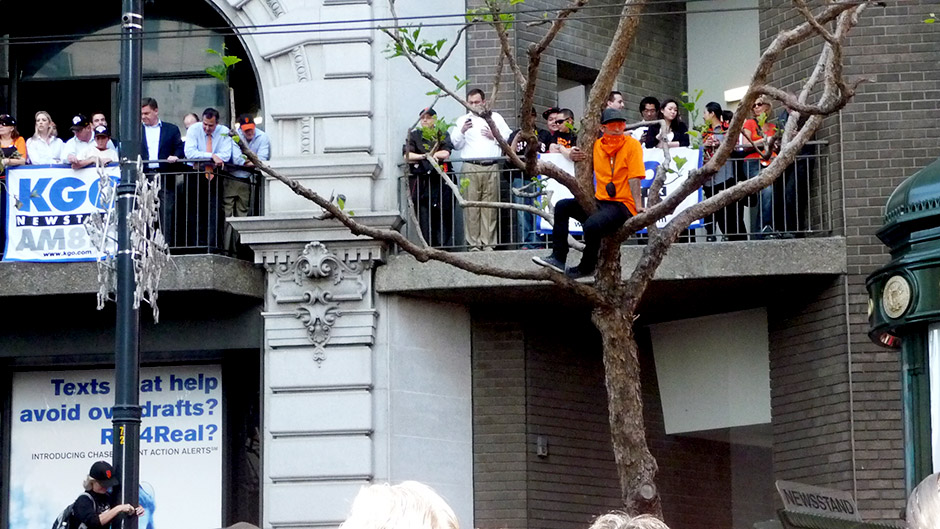 I heard this bus broke and the driver was mad. 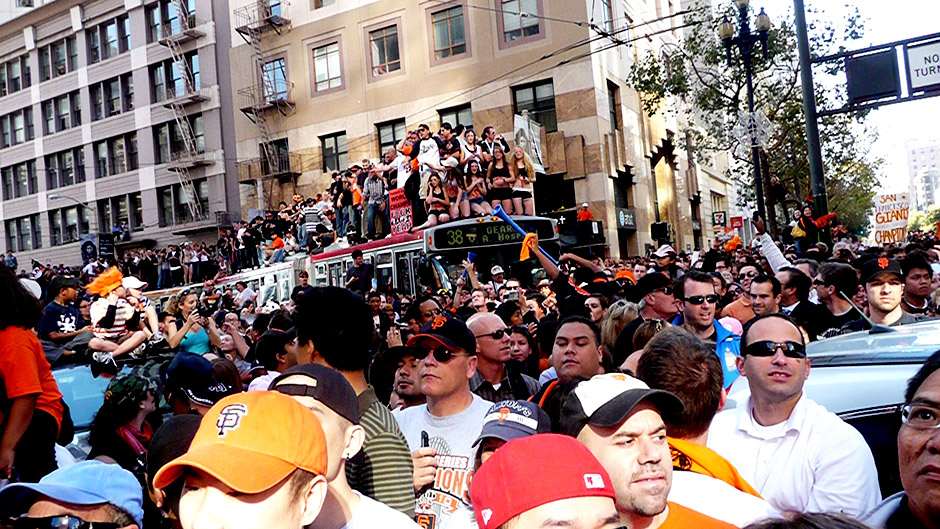 I really couldn’t see much except for arms, baby’s on their parent’s back and cameras. My photos were straight up “spray and pray”. I got a glimpse of most of the players though. Being in the crowd with all the excitement was worth it! To lock down a nice spot, you had to get there at 6:00 AM. I knew a few folks who did that. Die hard! Here’s what I came up with. 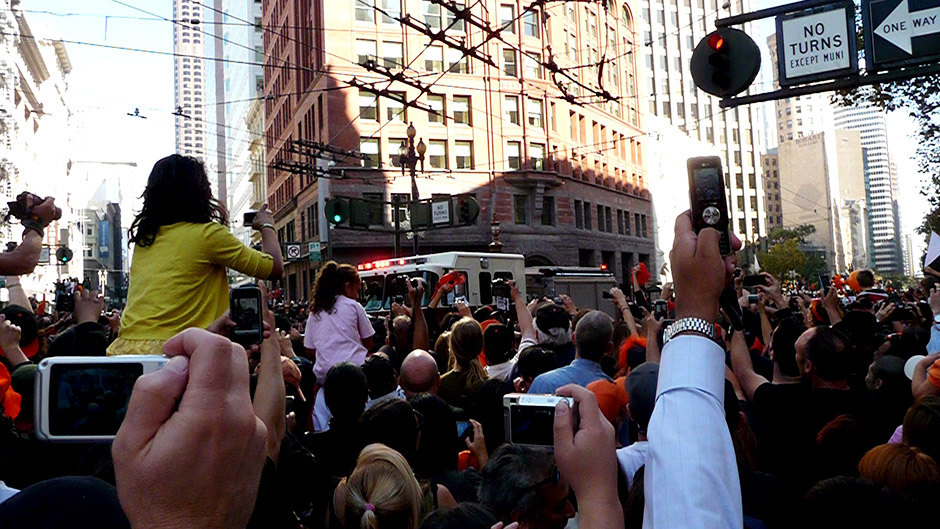 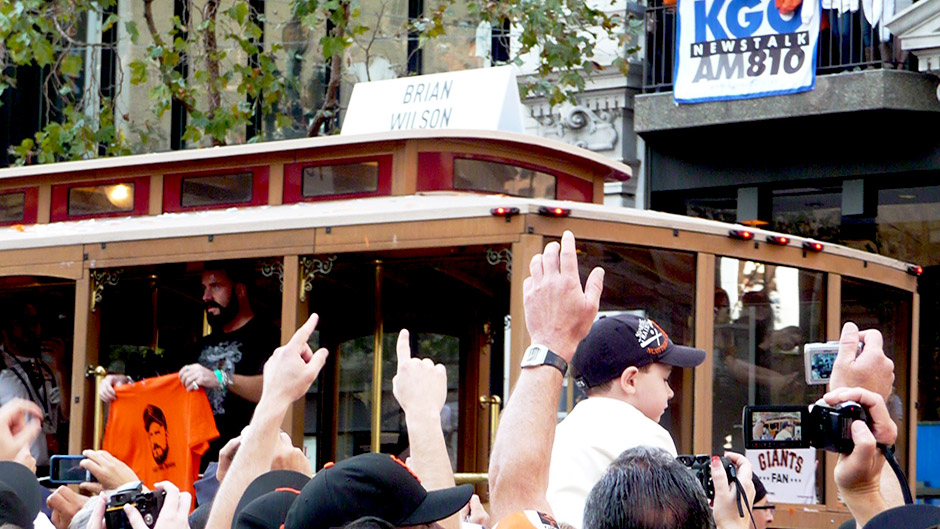 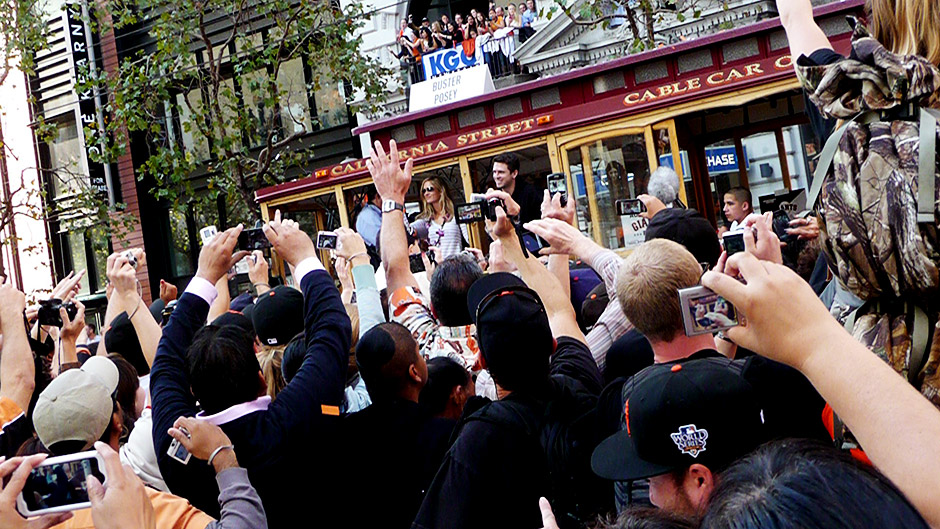 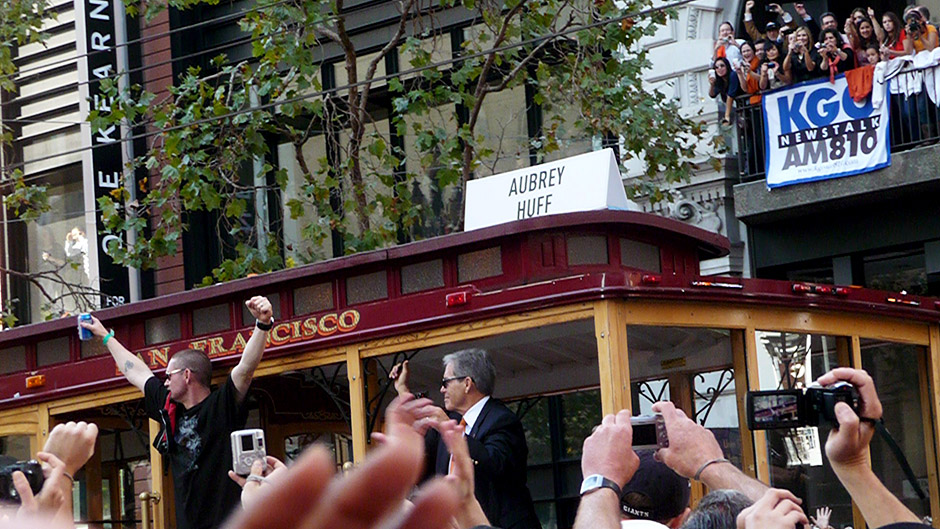 Walking back in the middle of the street midday was cool, like a block party. 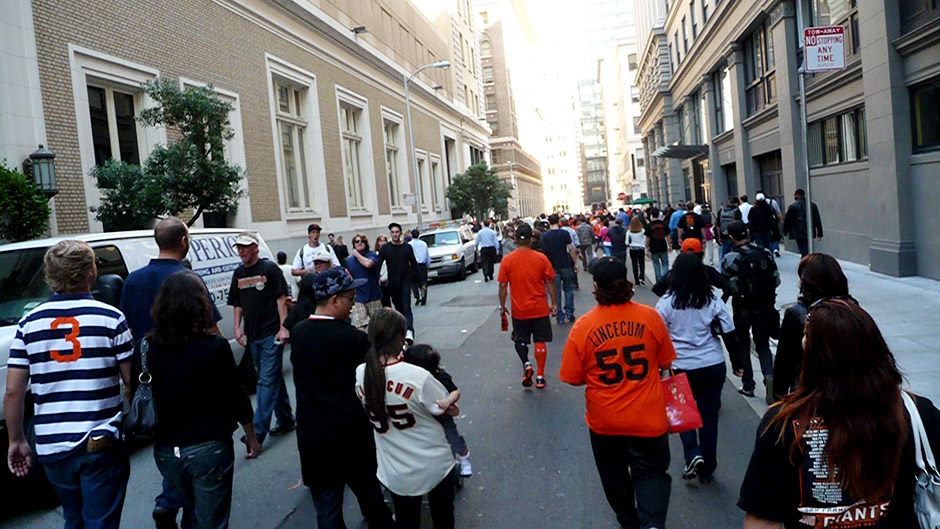 The Red Bull mobile was like the ice cream man! 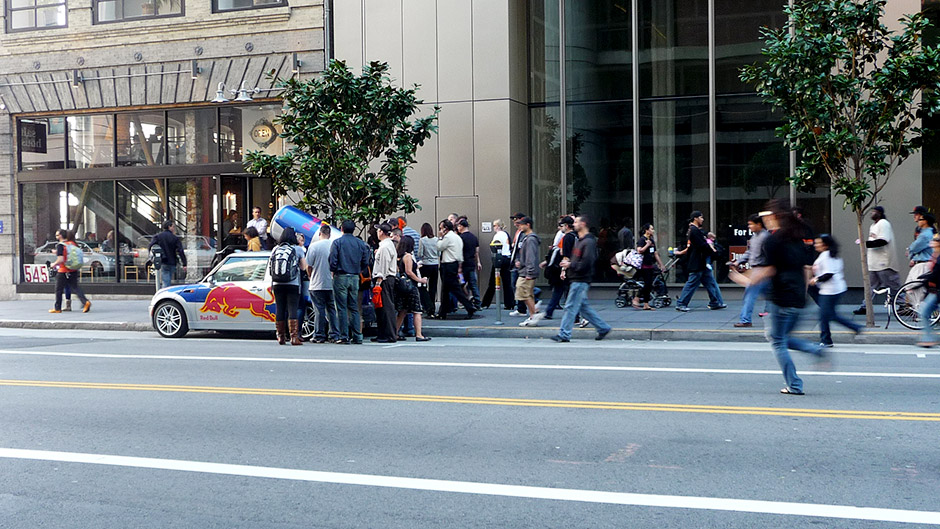