TRA-Kyoto. It may be hard to stand out from the rest with the growing number of S-Chassis on a 6666 designed kit. Don’t get me wrong, but I still believe that Rocket Bunny kits really do look good, if not the best. But Takashi Mine‘s add-ons made his PS13 distinct with his personal touches. On to the photos. 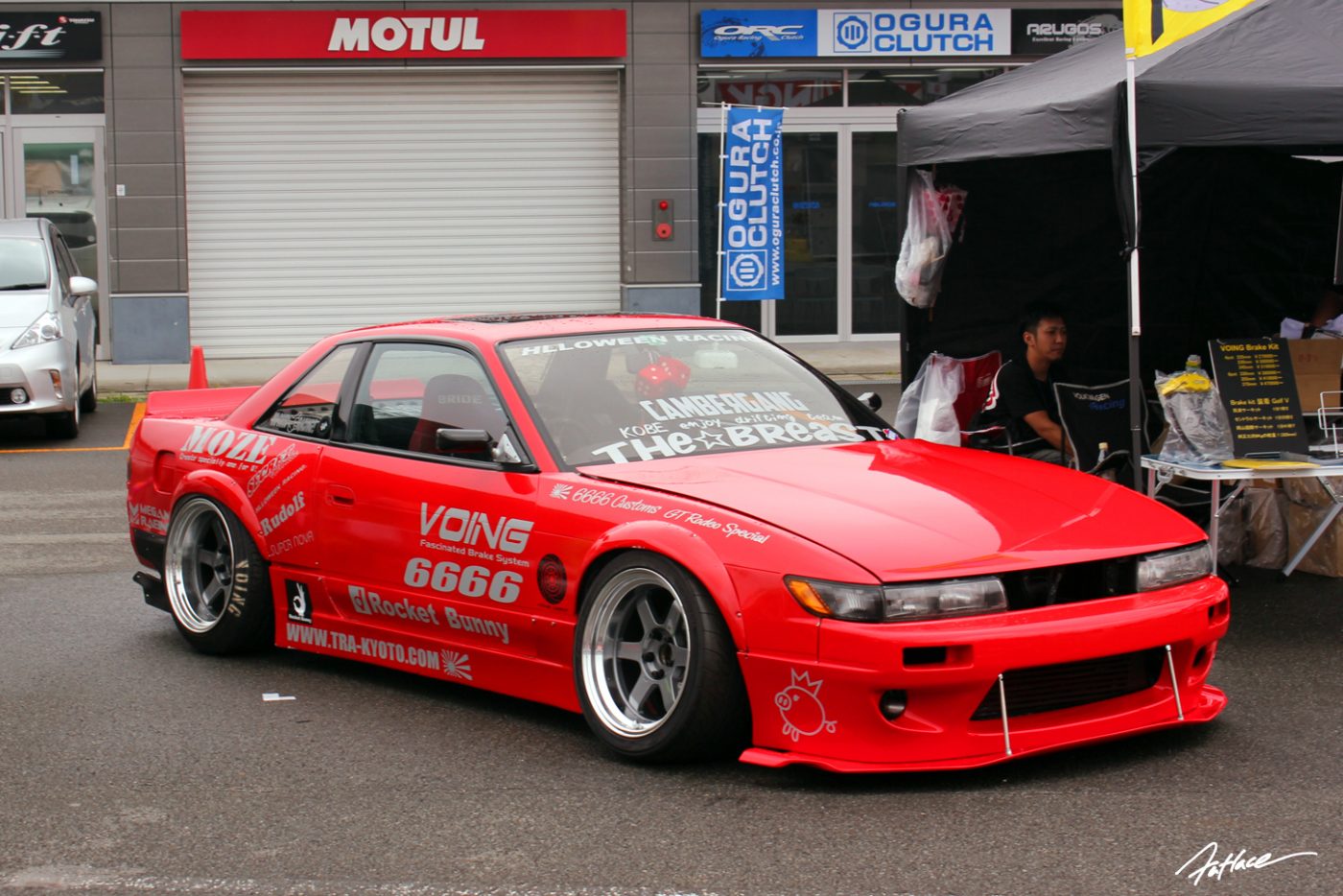 When photos of this S13 struck the web earlier this year, I said to myself, “I have to see this in person.” Fast forward to the Japan Motor Games last July, I met Takashi-San and then I realized the real sense of the build. 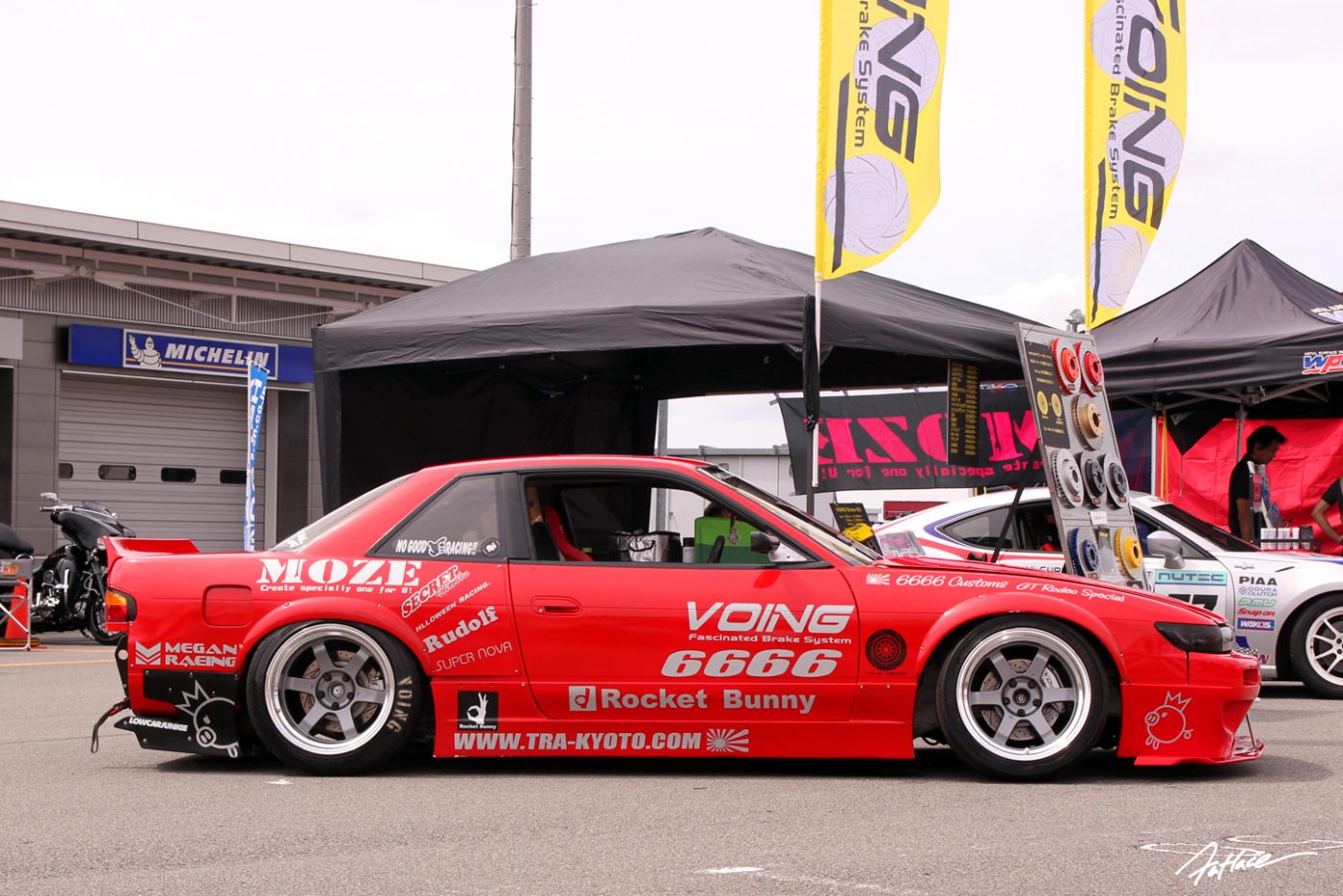 He did not go for the full 6666 PS13 kit, instead he only went for the front bumper, side skirts and signature ducktail. He is also the first to use 6666 RPS13’s front lip and rear diffuser on a PS. 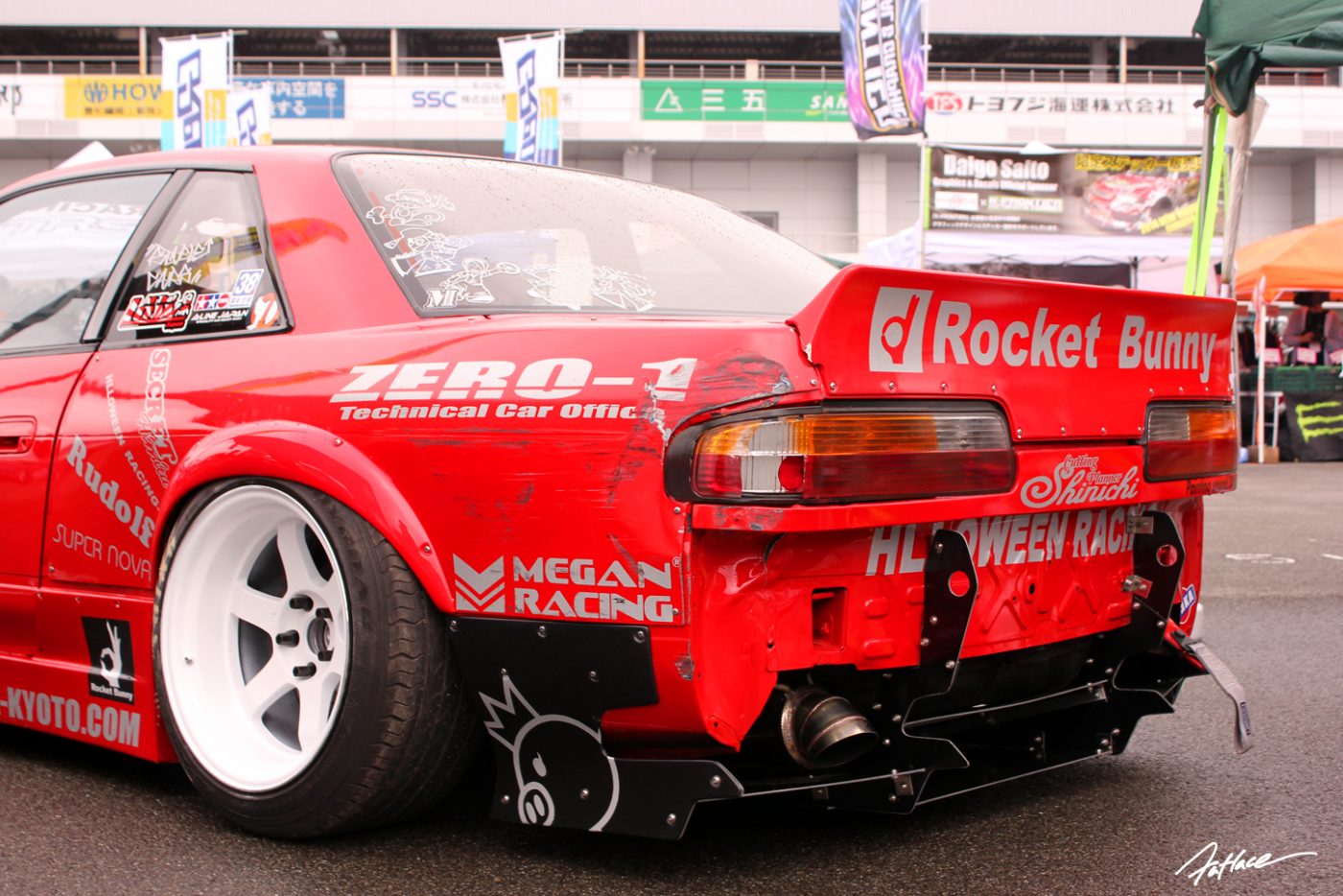 “You wanna know how I got these scars?” Takashi-San utilizes his 400hp Silvia on local drift grassroots events while living up to his dream “I want to drift on a customized car at any age!” 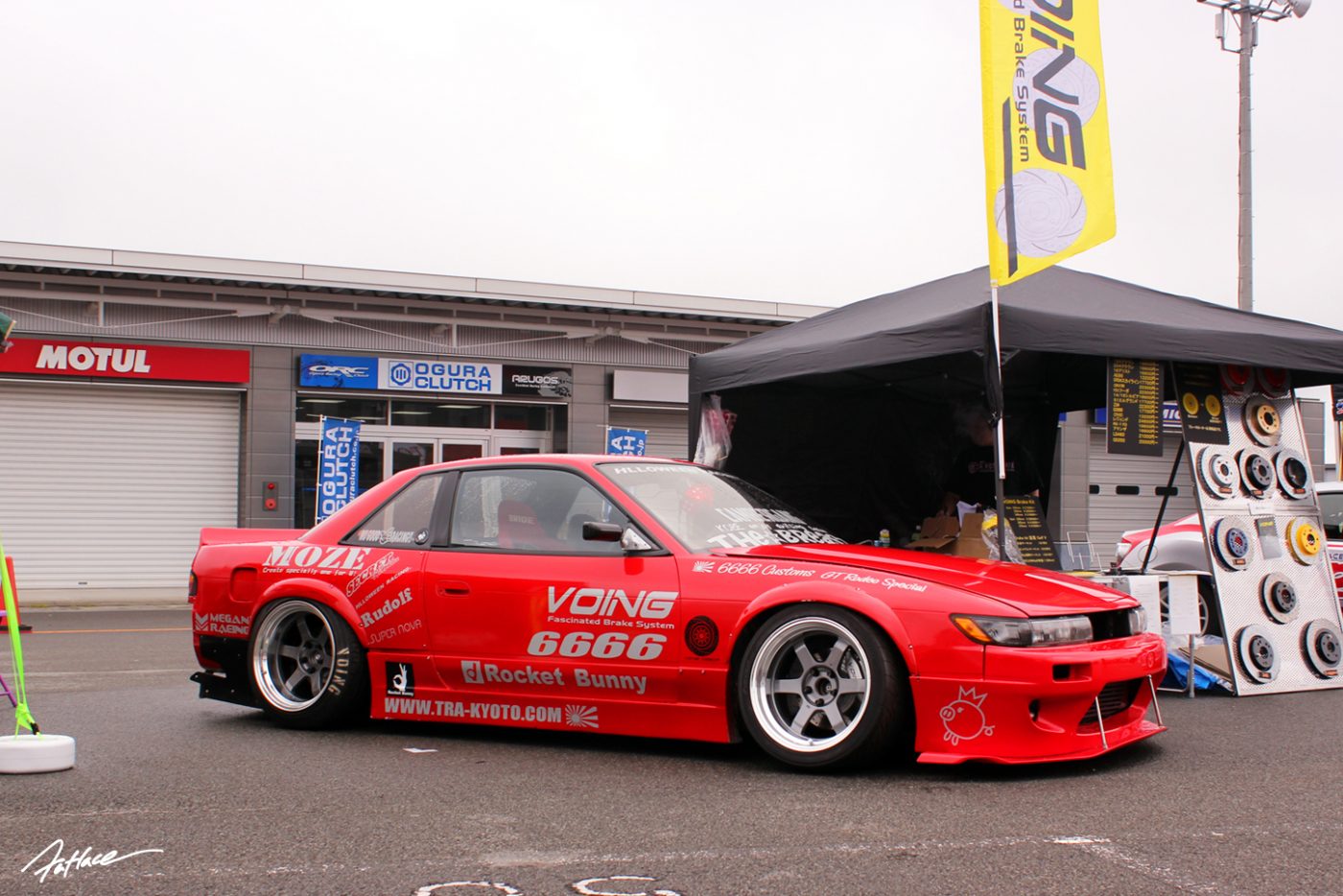 He also said that the Silvia is his only weapon of choice for modification. Takashi-San said that this particular build is his favorite out of the 8(!) S-Chassis he has owned. 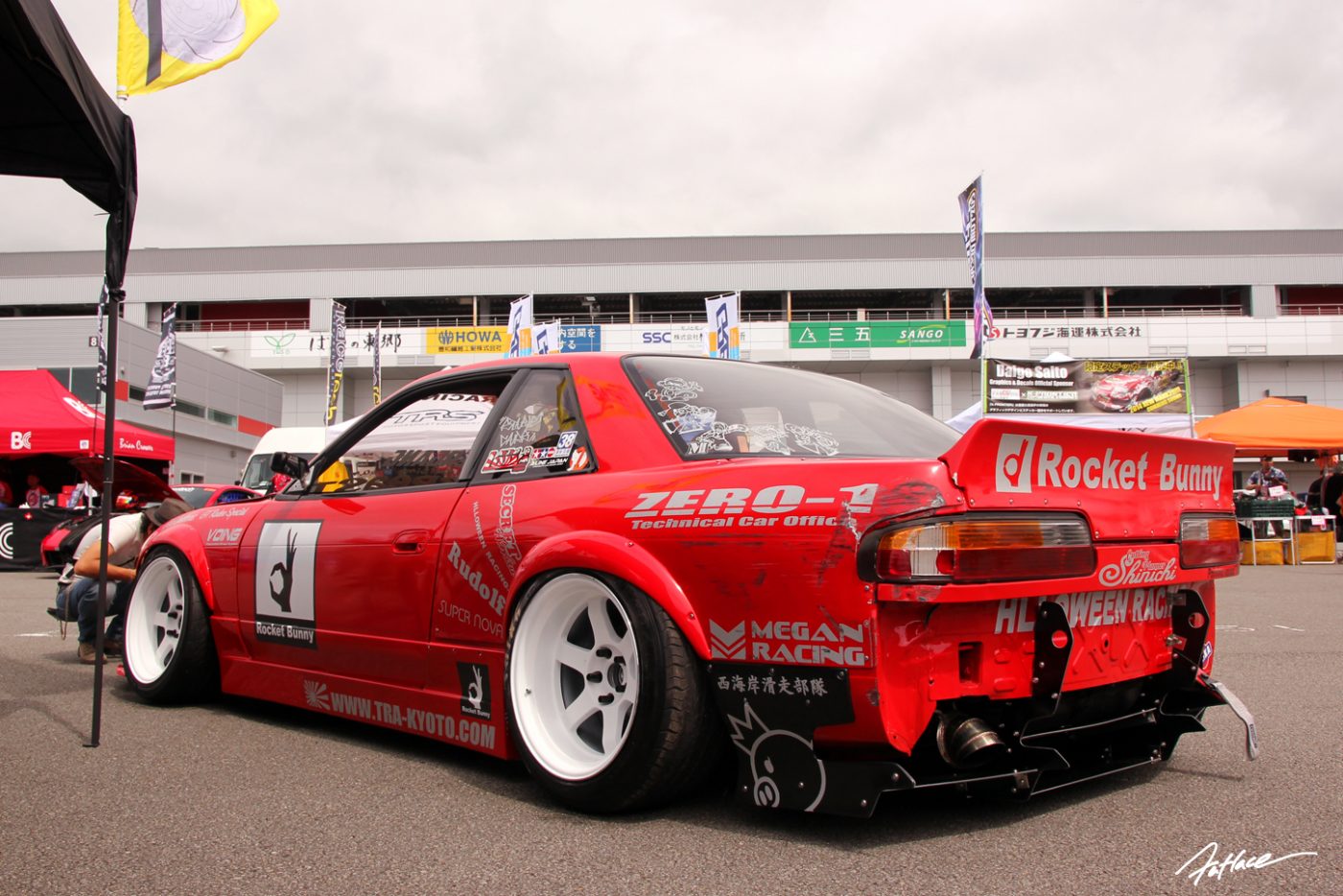 Takashi-San also proudly represents Bad Quality together with Nakagawa Shuichi, one of the most respected groups in Japan based in Hiroshima. 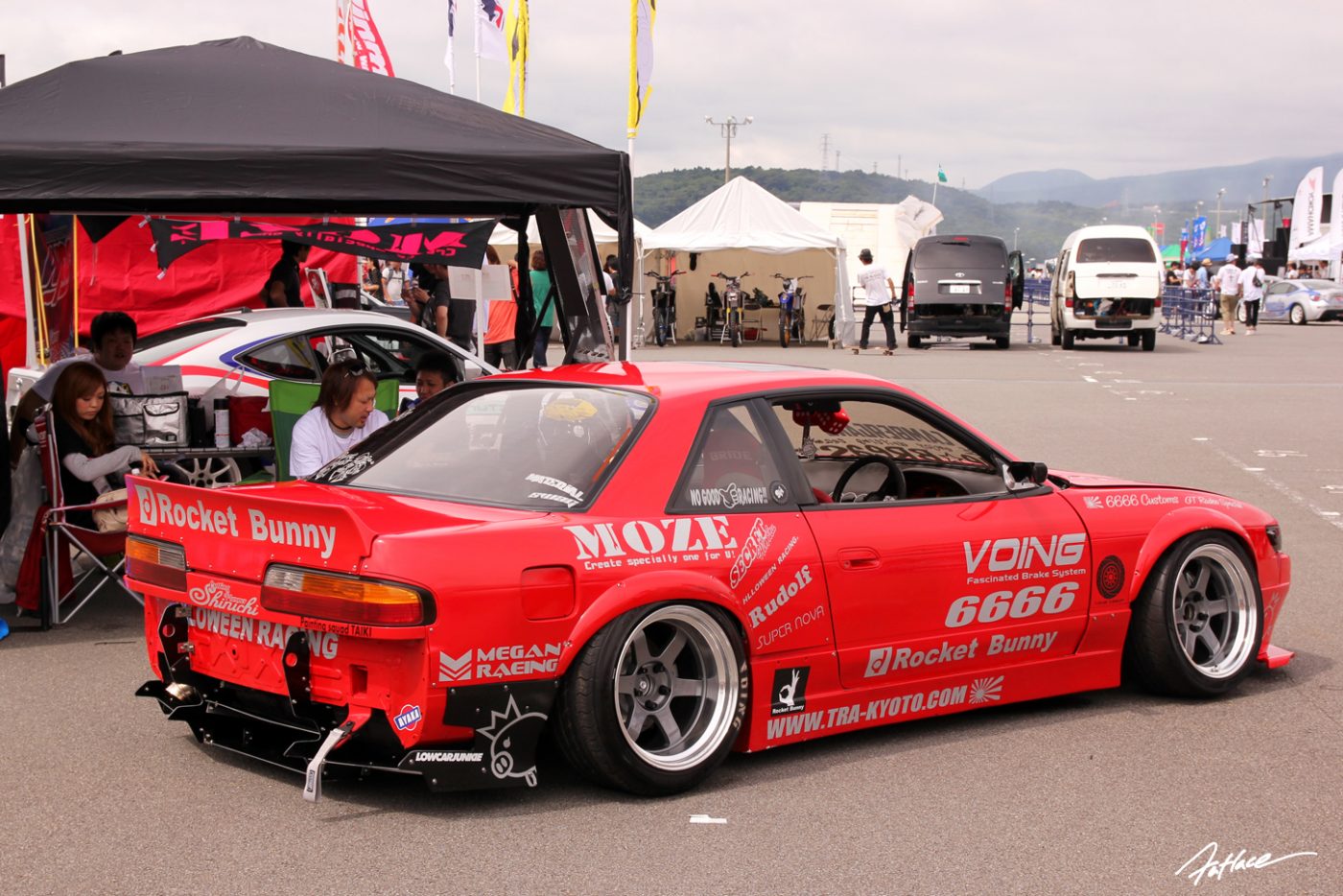 Takashi-San also took this opportunity to spread his motto “Drive your Silvia’s! Drift it!” Look how his raw approach influenced the car. And yes photos don’t do justice. 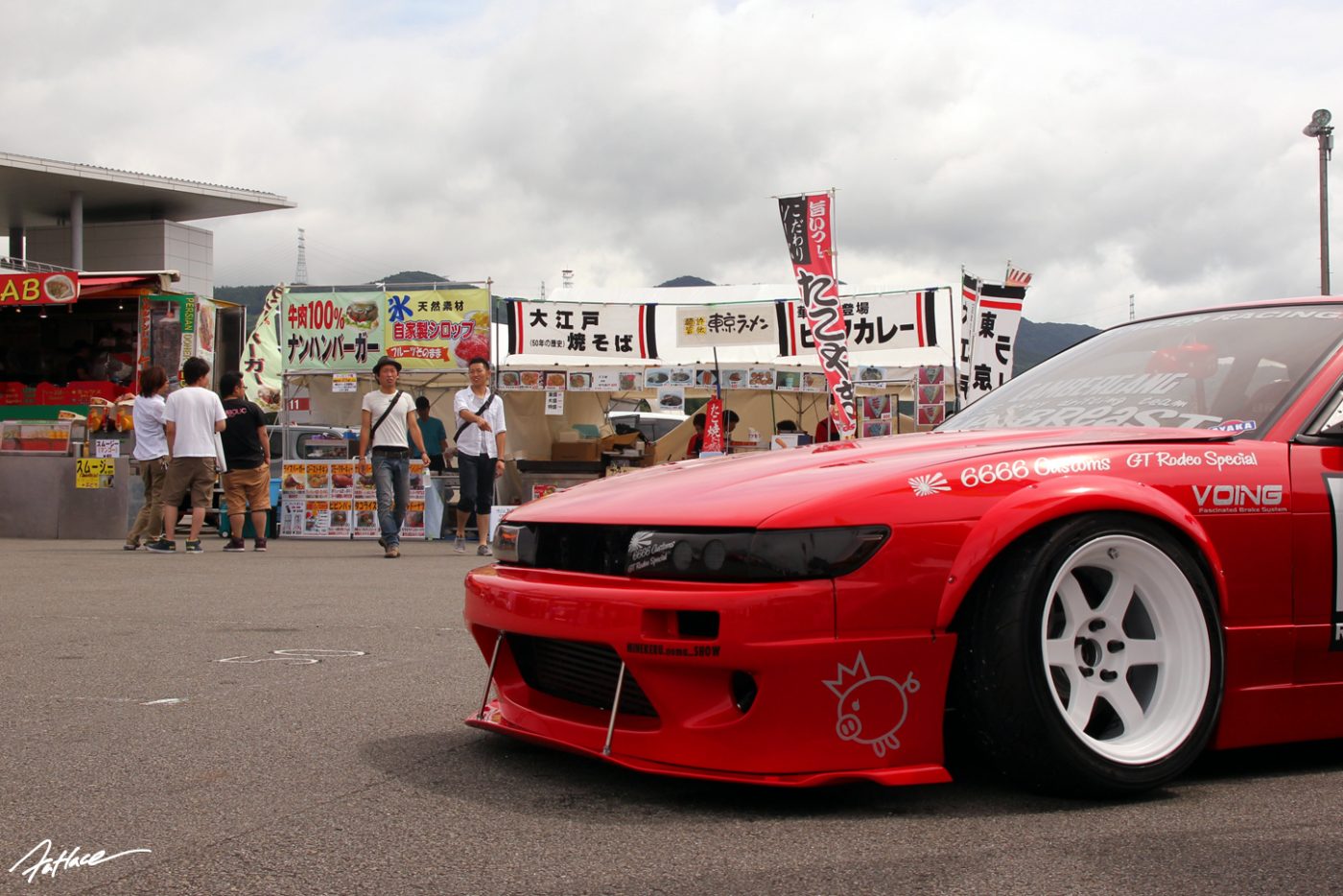 Builds like this show that bad-ass-in-your-face-looks should have a deeper meaning into it. Drive it, hard.

Be back in a few with my sepcspecial final post about my trip to Japan.