Photos and words by Brad Sillars

Let’s be real, Hyundai caught a bad rap some years ago.  With a fleet of econo-class grocery-getters and their flagship Tiburon, they were a joke in the enthusiast community.    Enter the Genesis Coupe.  FR layout with an option for a 2.0L turbo’d 4cyl combined with a 6speed manual, and a track edition with LSD/wheels/brakes and all the creature comforts on the interior made it a great option for Kristin Andrus here in Chicago.  However, the Hyundai stigma still stuck.  Not many knew about the Gen Coupe when Kristin picked up her 2010 track edition, and often mistook it for the Tiburon, though it is distinctively different.  It’s turned into an ongoing joke for those that know her, but she wanted to make sure nobody would mistake her Genesis for a “Tib” ever again. 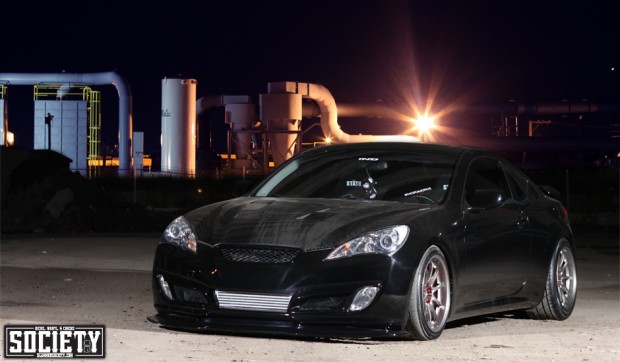 A seibon TS CF hood replaced the factory one, with the addition of a color matched Luxon grill, Tomei CF bumper insert, APR CF front dam (also color matched) and M&S foglight surrounds.  An AMS FMIC peeks through the OEM fascia and looks like it wants to consume small animals (and has attempted to on quite a few occasions, just ask her body shop).   Her headlights were customized with clear corners and 2-way LED signals with little Hello Kitties attached to the projector housings.  Yep, totally a chick’s car. 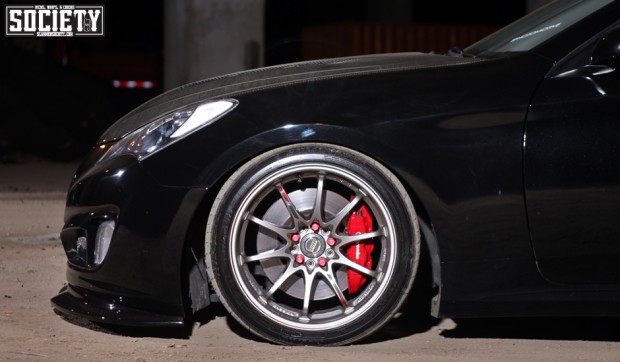 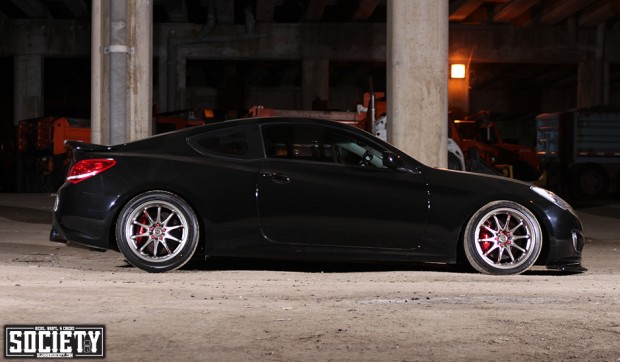 Drop is compliments of Stance GR+ coils, and other suspension mods include Cusco front and rear sways. 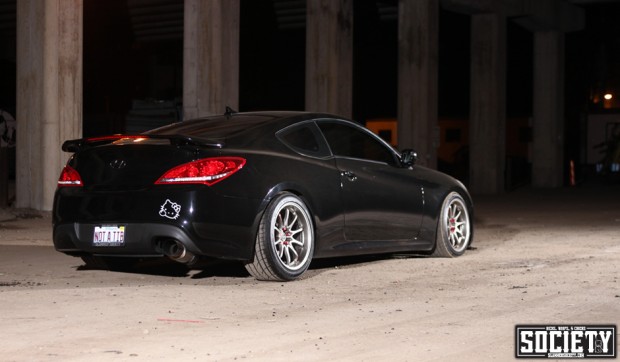 OEM rears were swapped out for Superlux tails. 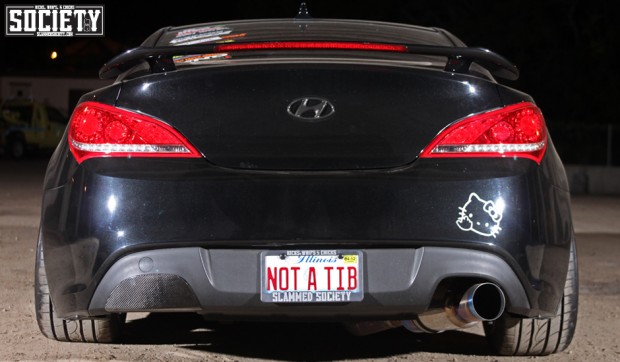 A Tomei extreme titanum catback gives the car a very robust growl in combination with a MXP DP and TP. 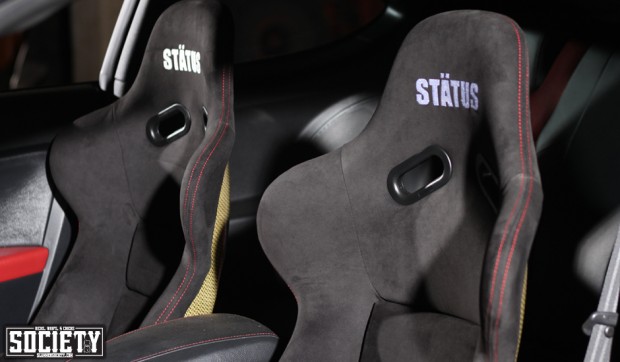 A matching set of custom Status racing bucket seats in a black alcantara w/red stitch and Carbon/Kevlar backs keep Kristin and her lucky passenger firmly planted on those trips through the Tail of the Dragon. 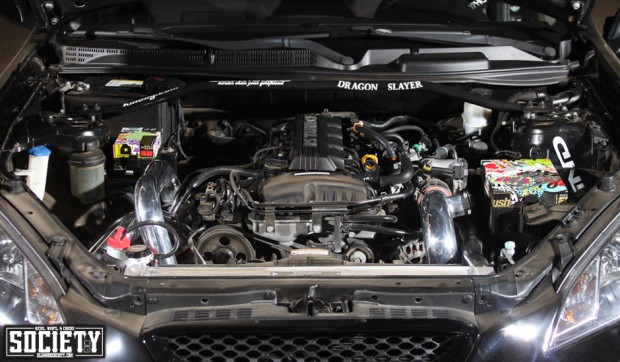 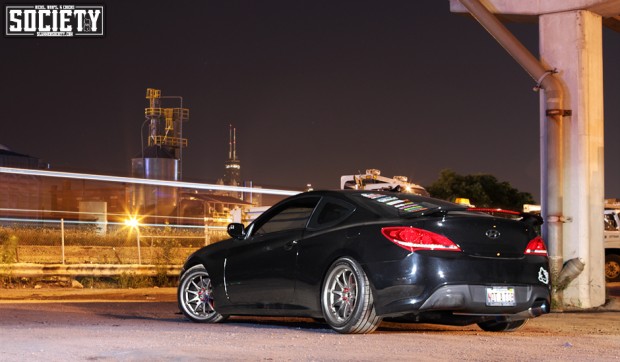 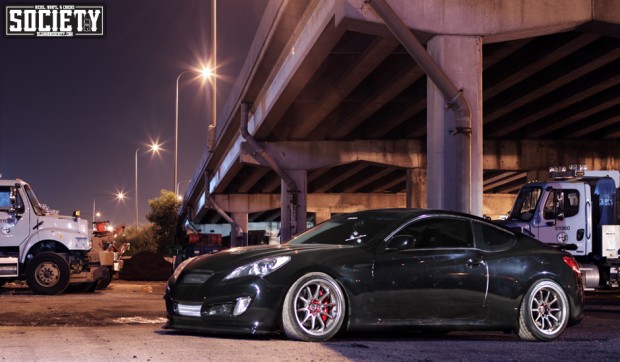 Oh yea, and when I said little Hello Kitties inside the headlights, I wasn’t joking. 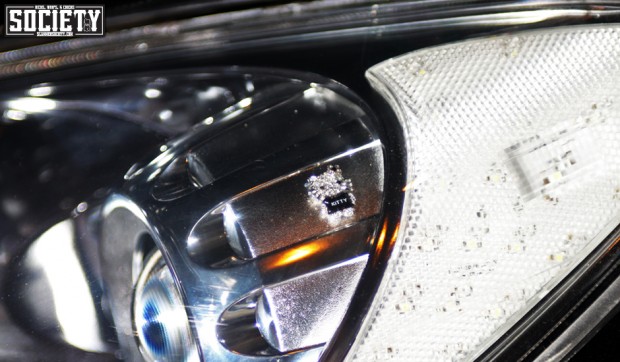 and her custom coolant overflow reservior 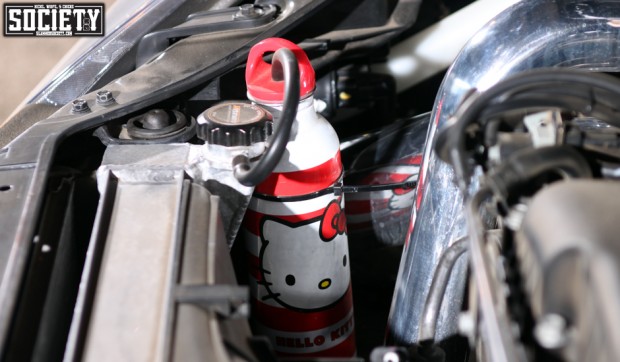 6 thoughts on “It is NOT a Tiburon”