Drifting is very much a ‘community’ style of motorsport.  The glossy upper levels of drifting; D1GP, Formula Drift are big but we forget that the grassroots level is what keeps these big top echelons running.  Recently my buddy Jaron Olivecrona has taken his first step from grassroots into the bigger, more competitive arena of drifting. 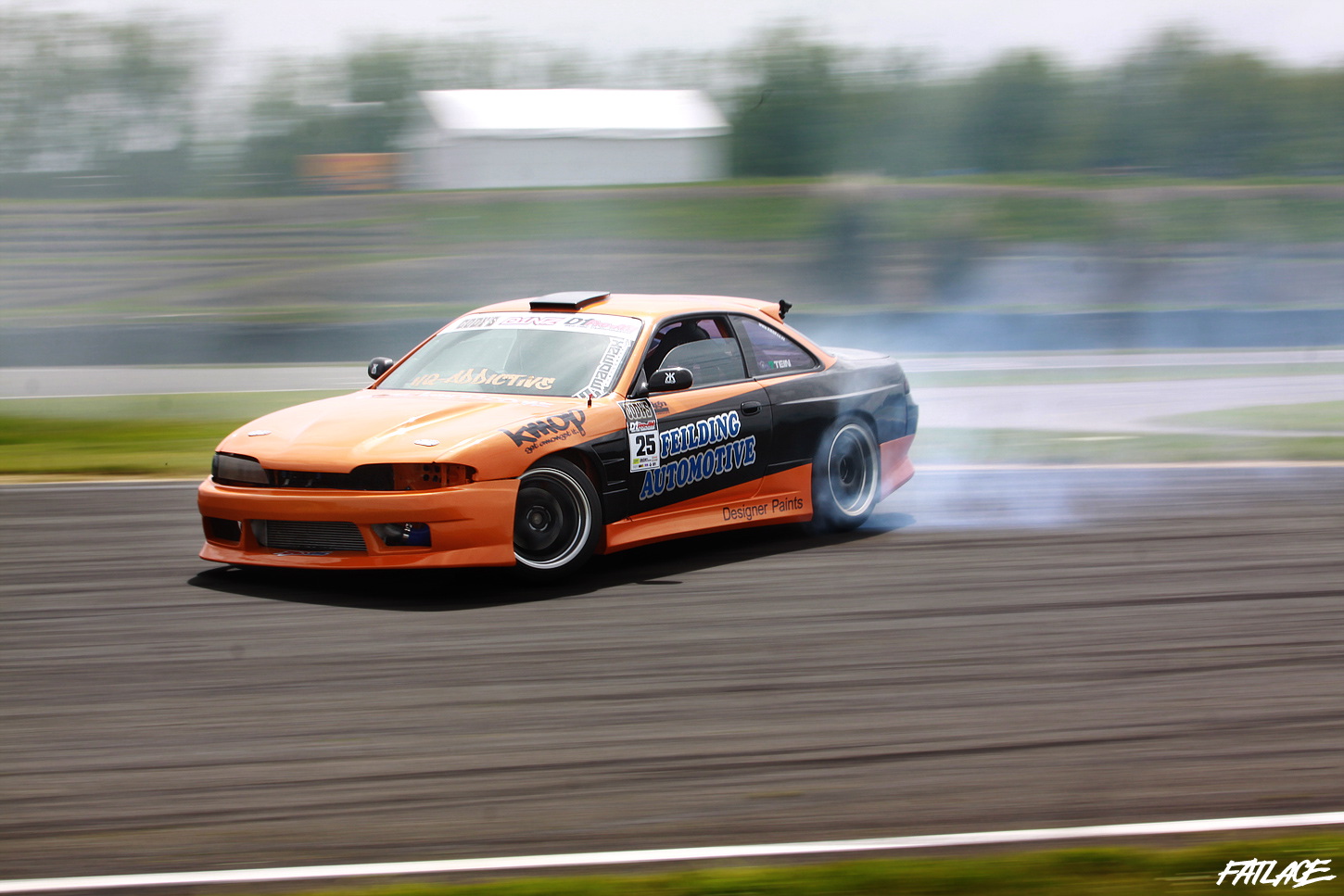 Jaron started drifting 18 months ago, using this exact S14…it was just a less-developed version of what you see now. 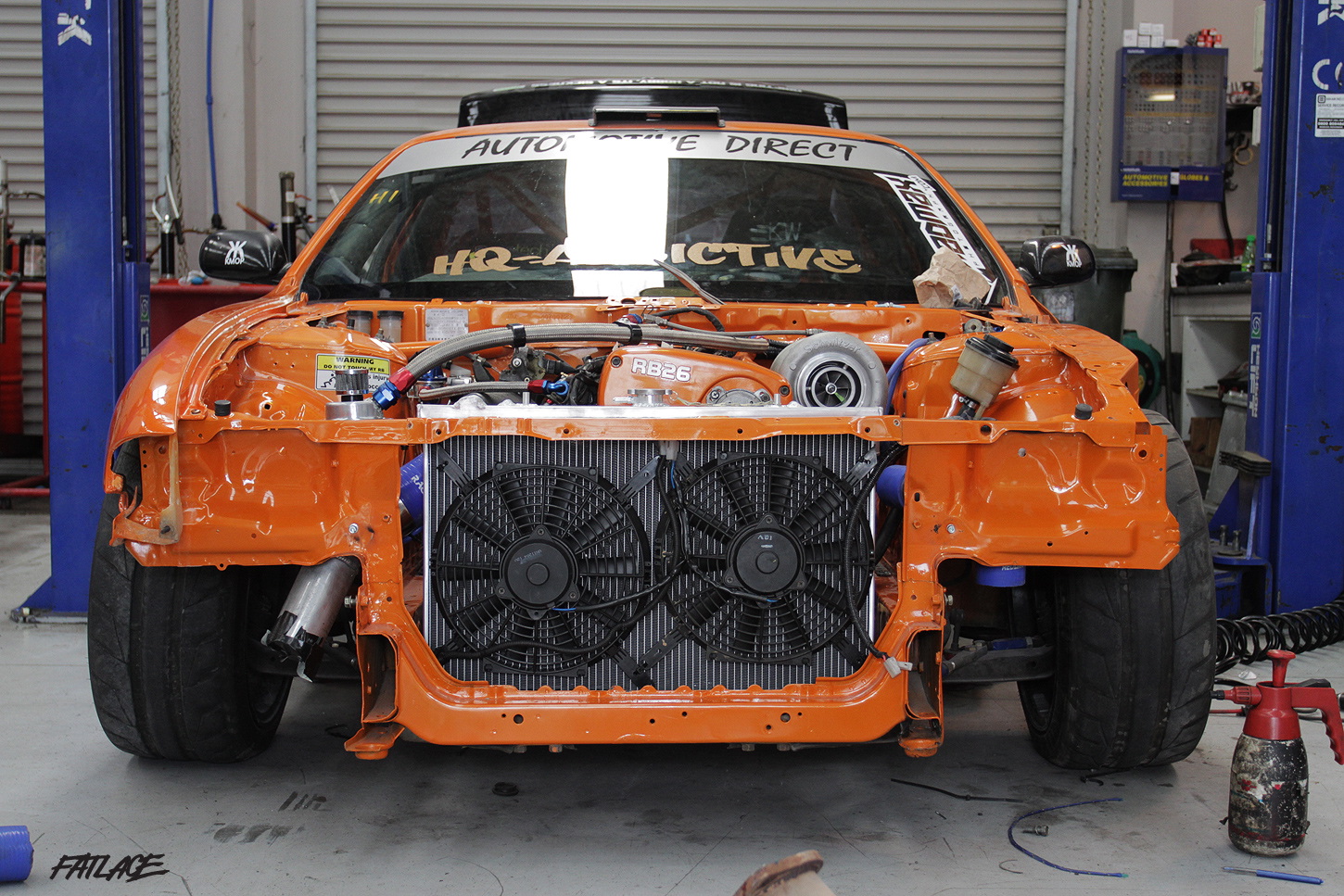 Now this Nissan Silvia S14 is powered by a RB26, single turbo power plant. At the moment she is running a comfortable 550hp on 18psi. 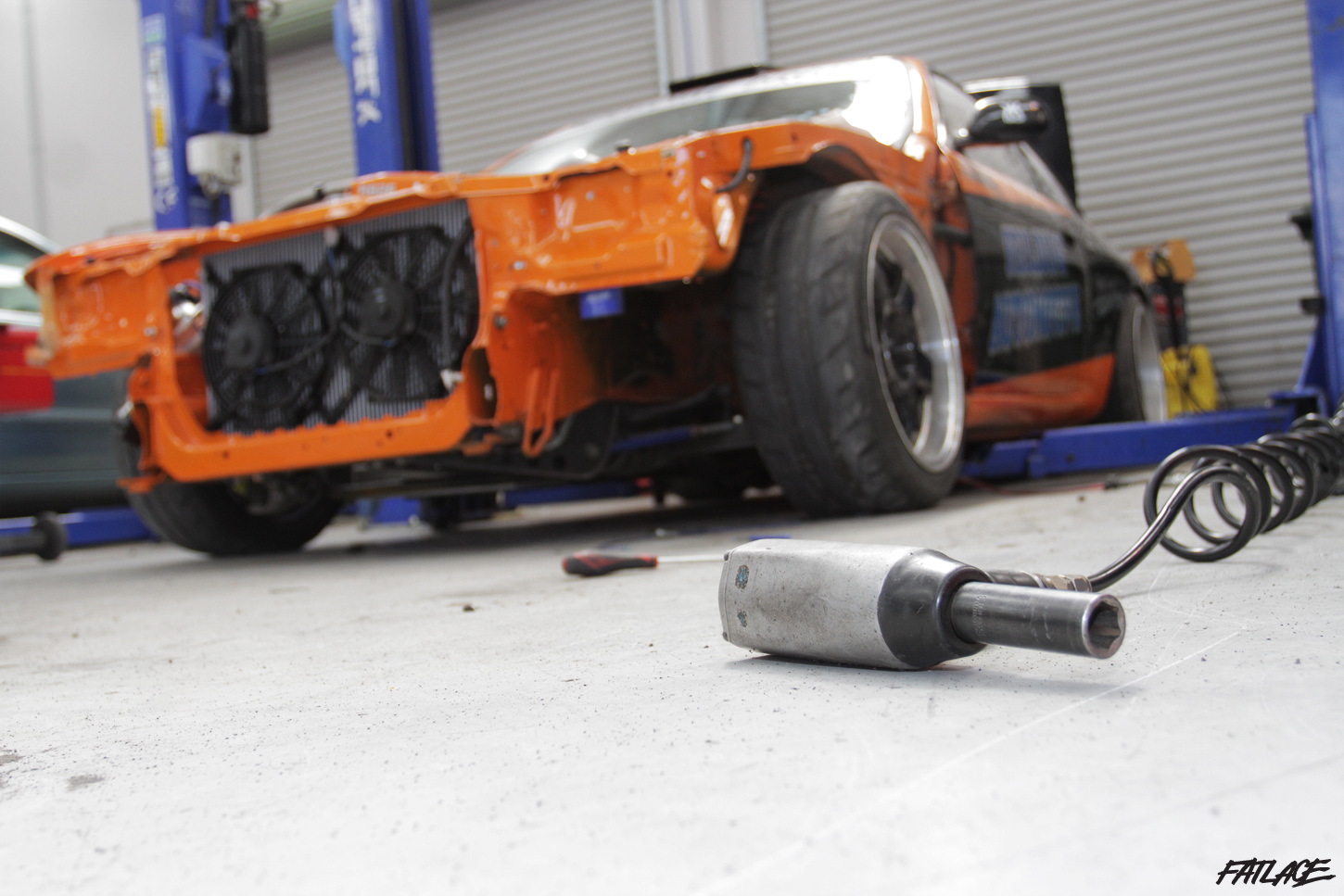 One thing about grassroots is the unseen hours drivers spend spannering on the cars, the family members (shoutout to Kester) and friends that lend a hand, working hard to buy tyres out of their own cash, and all the late nights purely for one reason; the love of the sport. 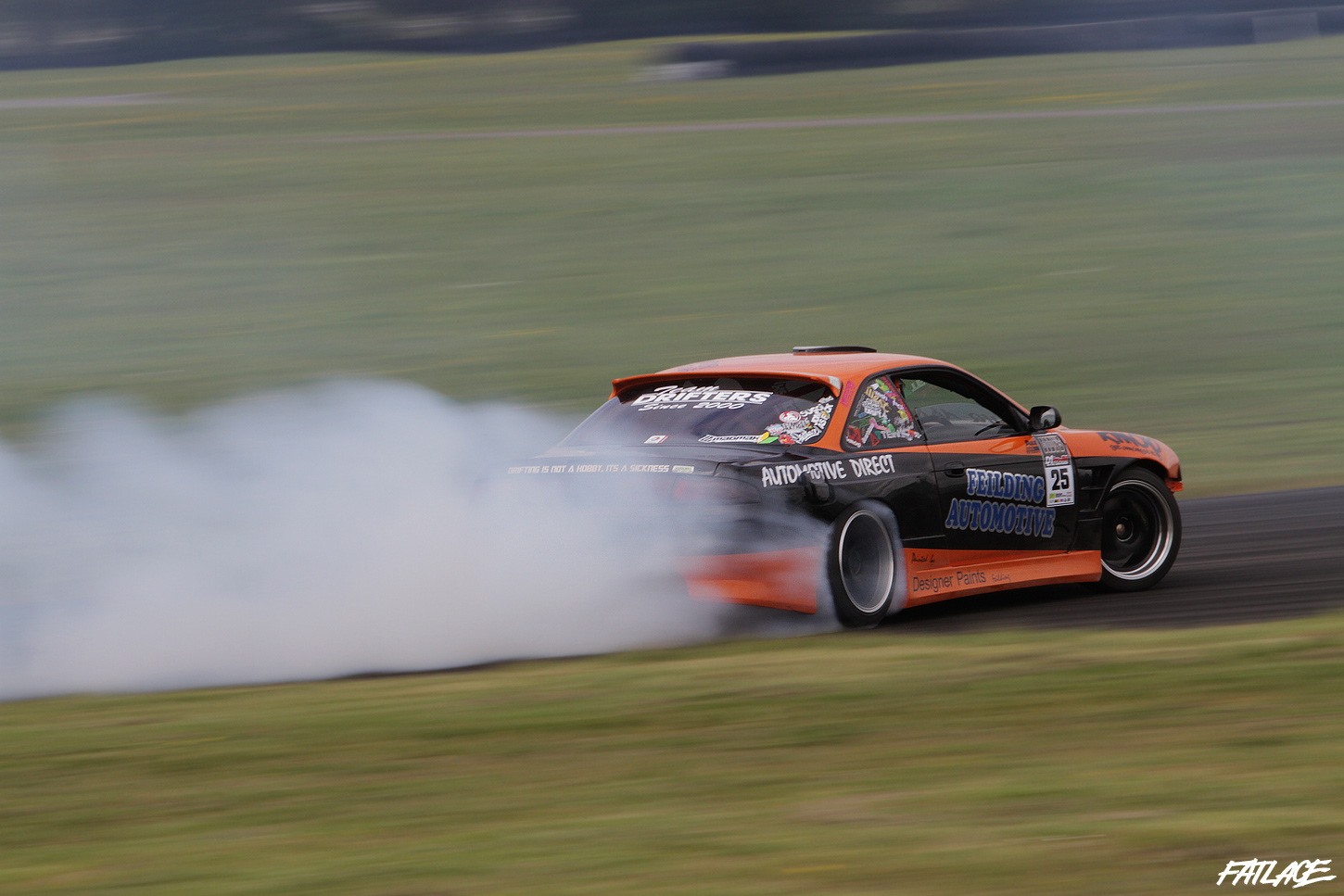 All this hard work all pays off when you get to go out on track and bounce off the rev limiter while vapourising tyres.  One of the greatest things about drifting is the variety of machinery in the pits.  For Jaron, he loves the S-chassis as he has owned 3 previously.  Personal preference within the scene is a great way to express that’s for sure! 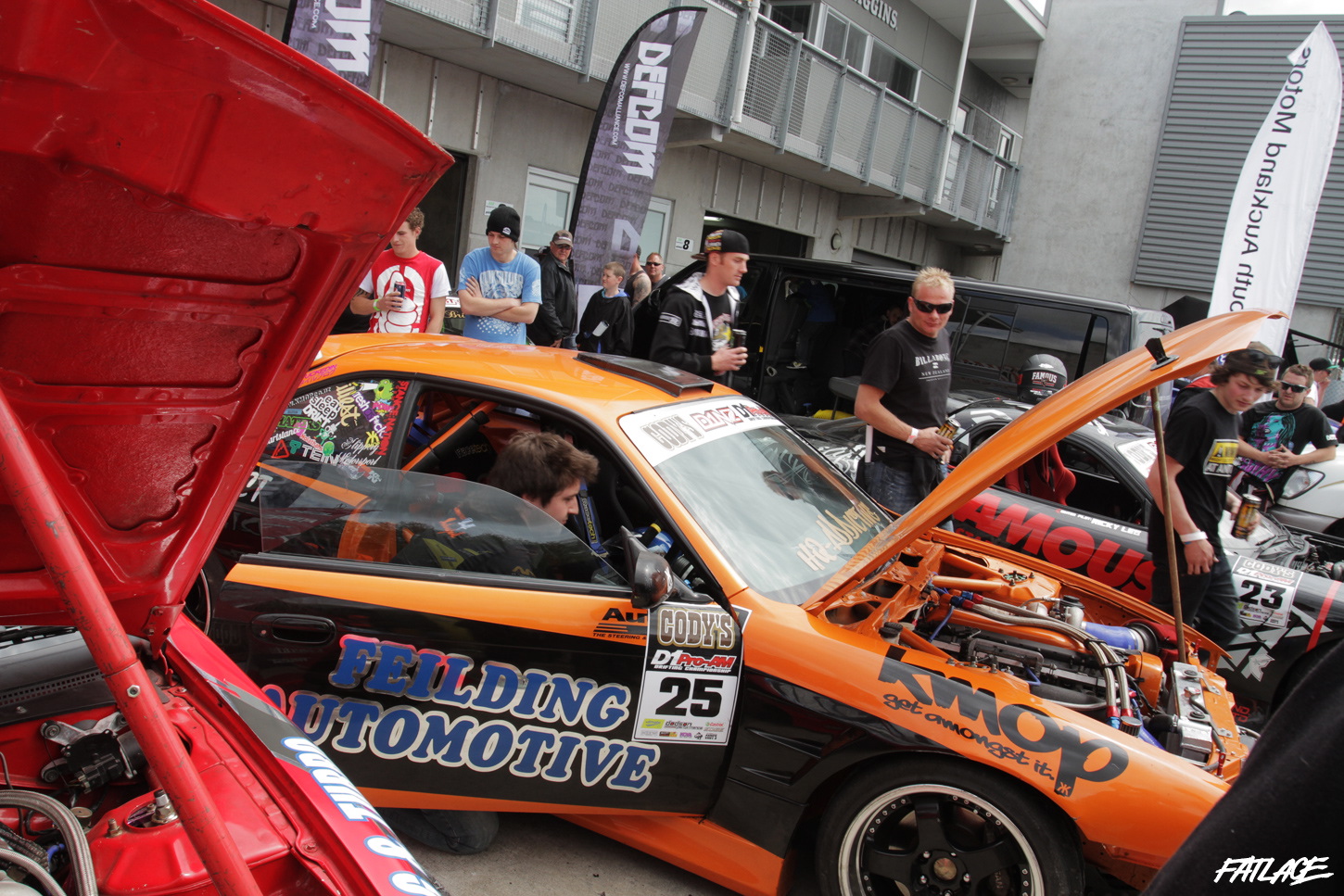 The bug bit hard for Jaron after linking in with a circle of drifters after leaving school.  He bought the S14 as a naturally aspirated car, then once he started, he just couldn’t stop.  Be careful kids, this is one seriously contagious bug too! 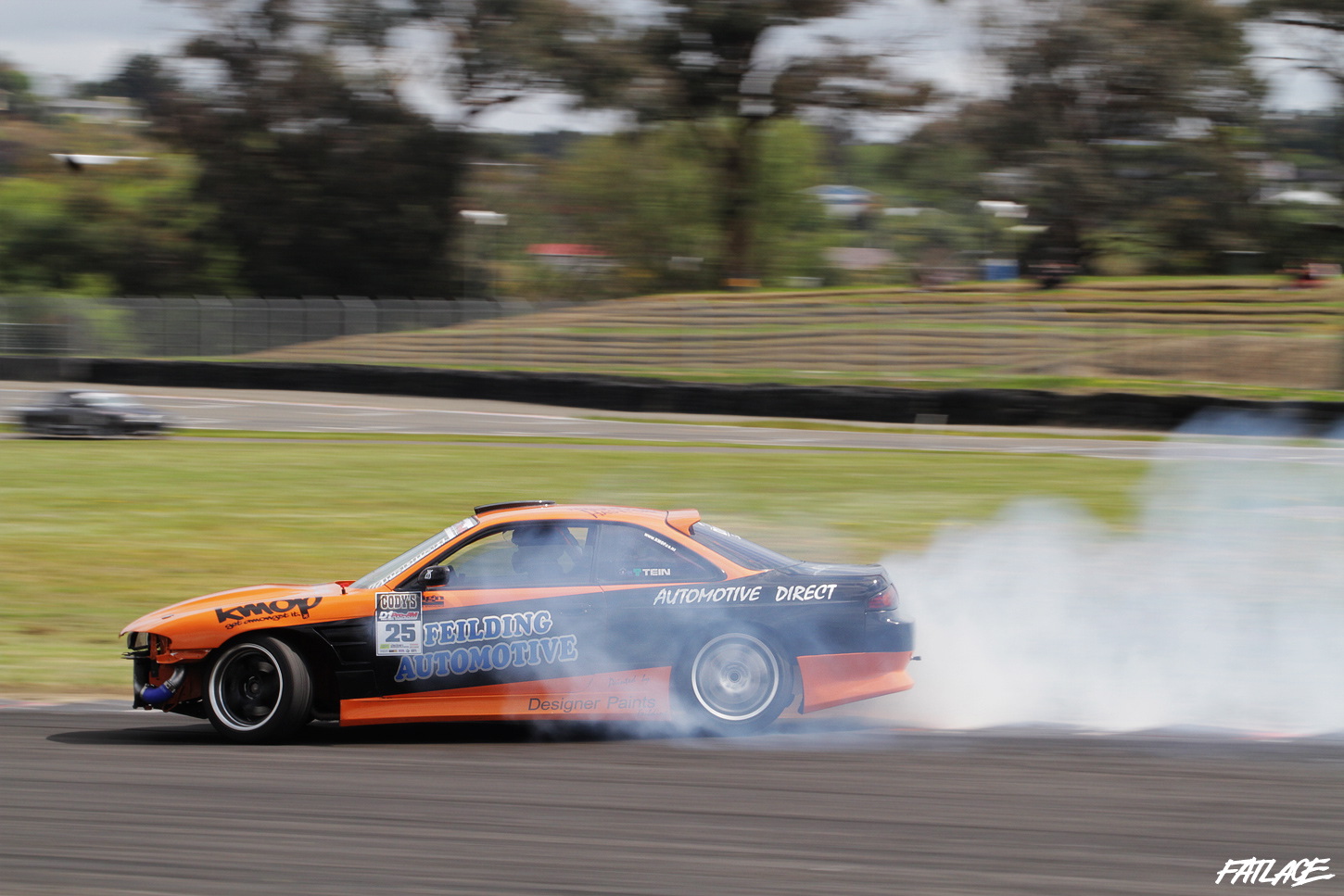 Stepping up from the grassroots scene to something with a bit more pressure is an entirely new ballgame.  However Jaron has quickly progressed and now relishes the feisty competitive element that comes with his new class – ‘ProAm’. 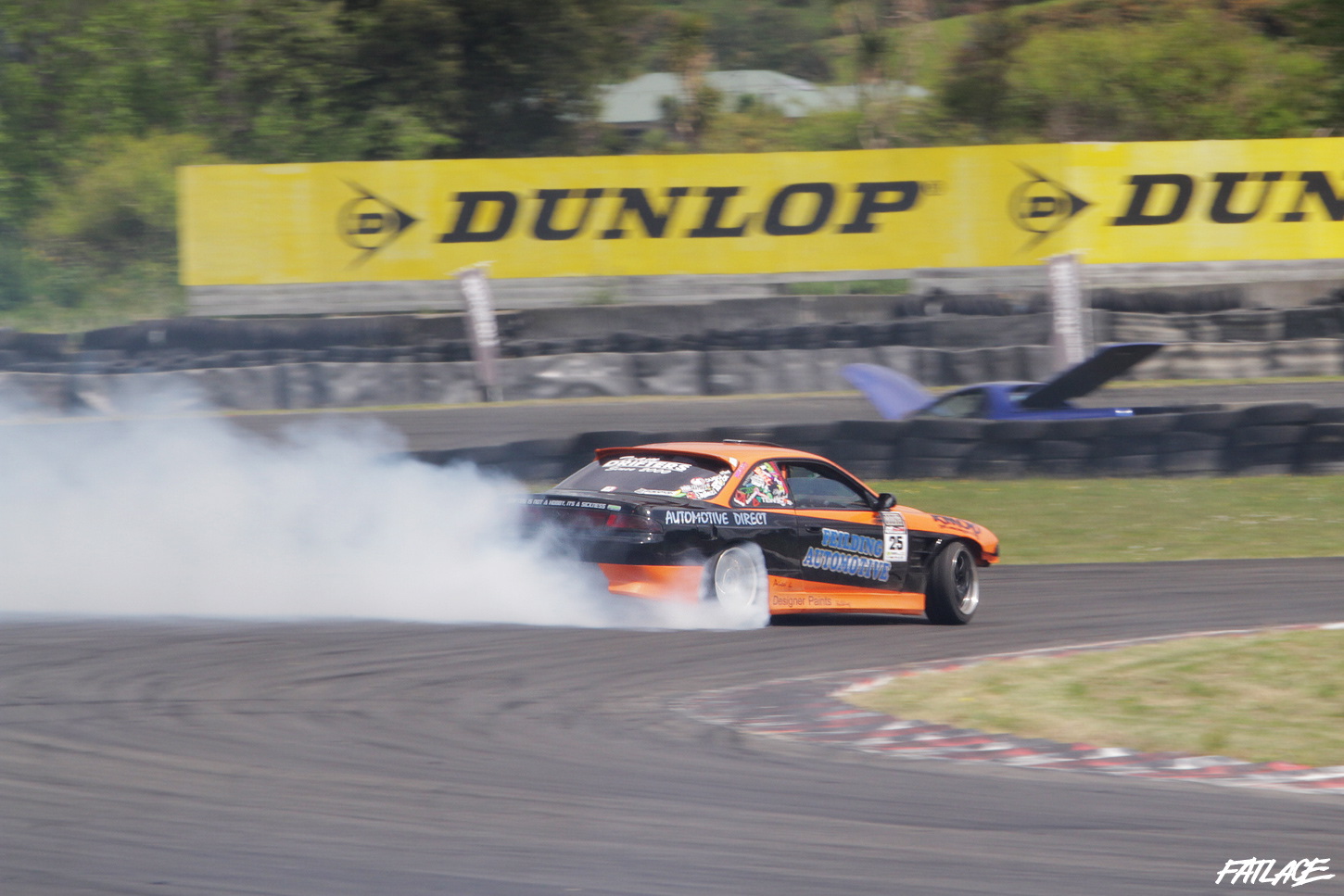 I guess the fact that Jaron’s dad races cars, it is inevitable that the seed of motorsport was planted from an early age.  Having a grip racer, and a drifter under the same roof must make for some fantastic bantering! As Jaron and his buddy Ricky Lee say – Drifting is not a hobby its a sickness (and the friendly arguments between father and son must go on for hours!) 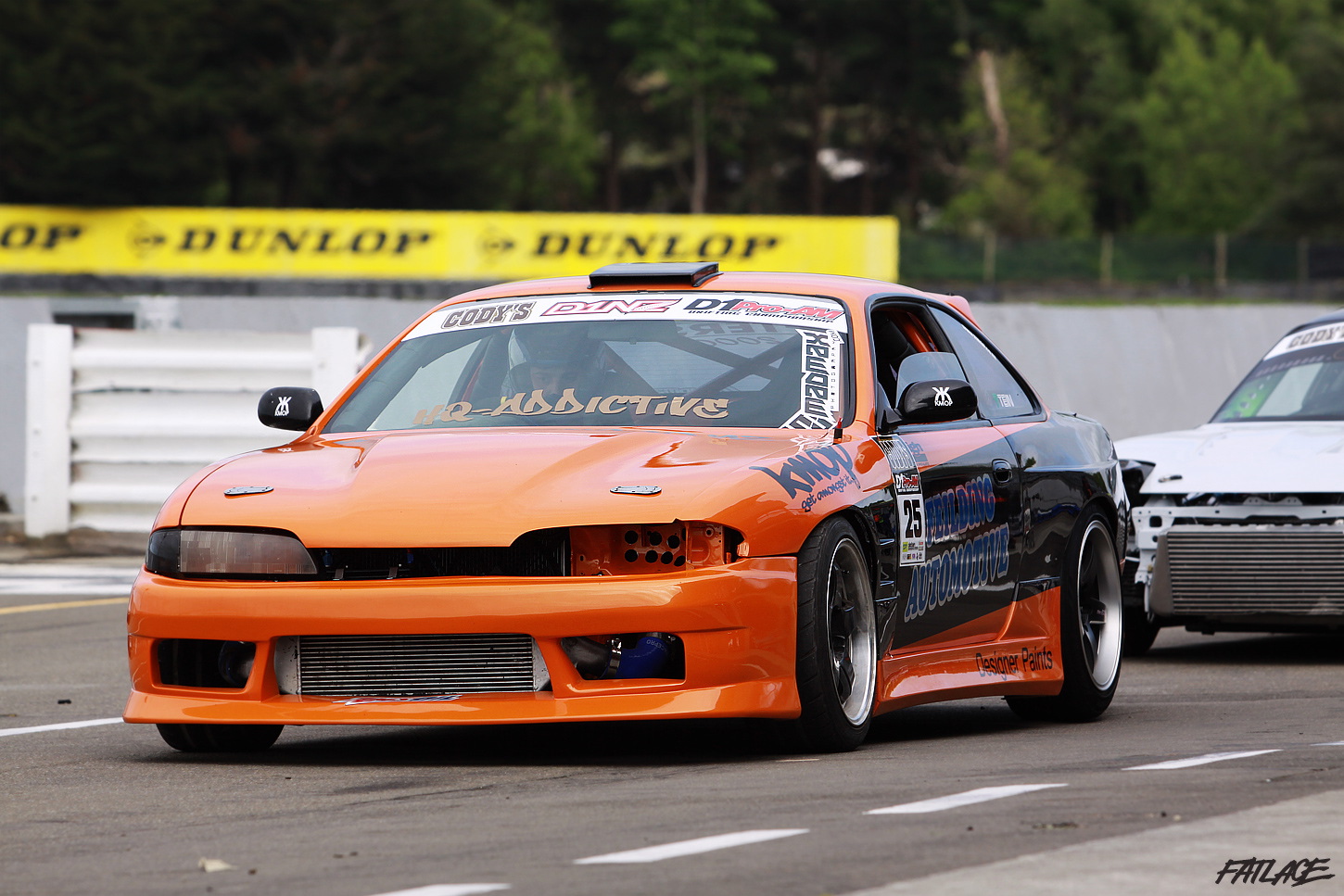 It’s great to see so many grassroots events and stepping-stone classes to the top levels emerging worldwide.  It all starts down the bottom and if you have healthy classes under the pro’s then you can be sure that the sport is only going to get better and better.  The more the merrier! 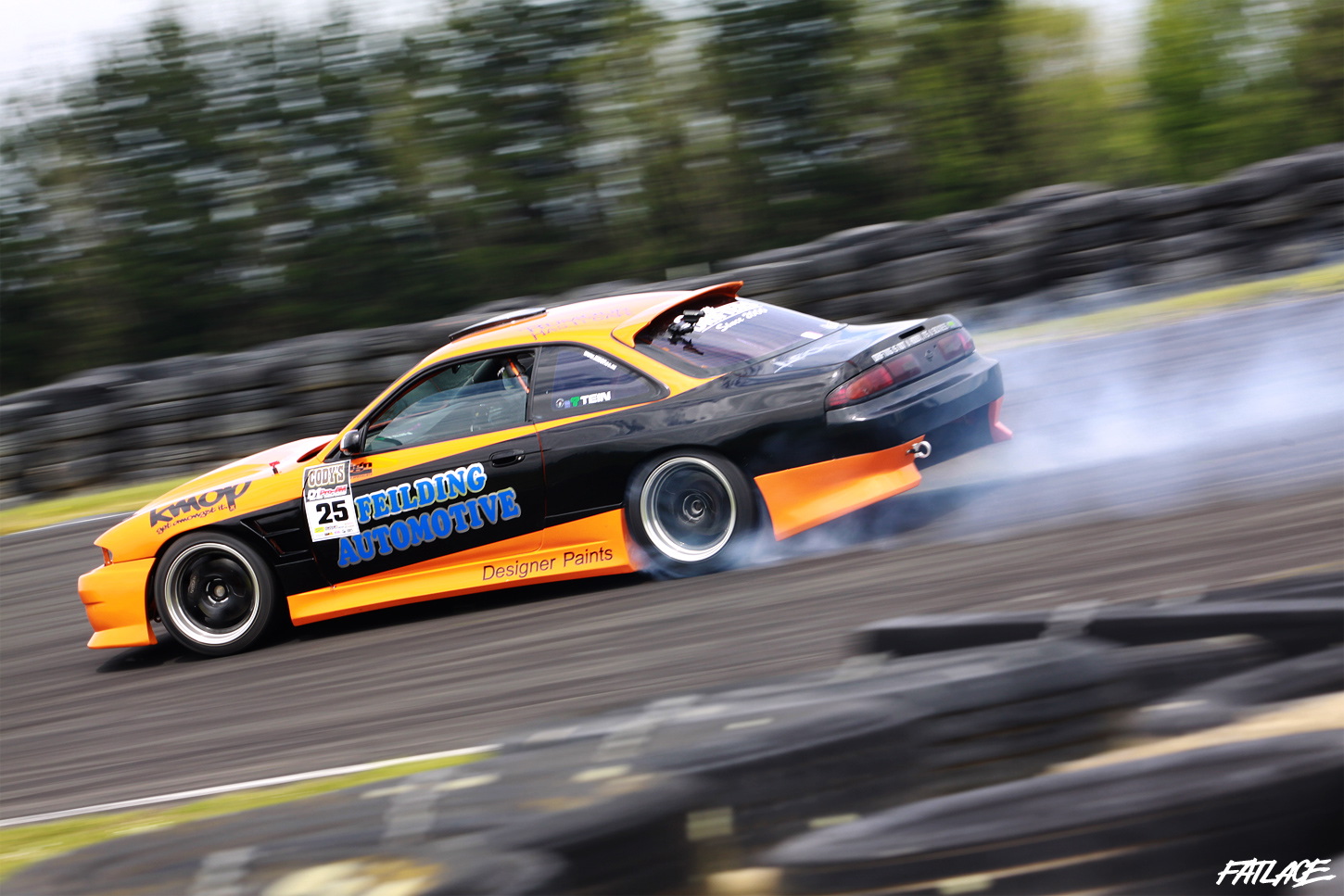 So what makes the sport so addictive you might ask? Many motorsport drivers talk about a ‘feeling’ that they get when racing/drifting/competing, I asked Jaron to explain this as it certainly keeps them poor, tired, and consistently craving more~ Jaron describes the buzz as being: ‘The buzz for me drifting, is the feeling of going sideways at high speed with the wind coming through the window and the smell off tyre smoke piling in!! The sensation I crave when im not drifting is.. Well… Im just planing the next drift event!! getting the car ready, the tyres ready!’ 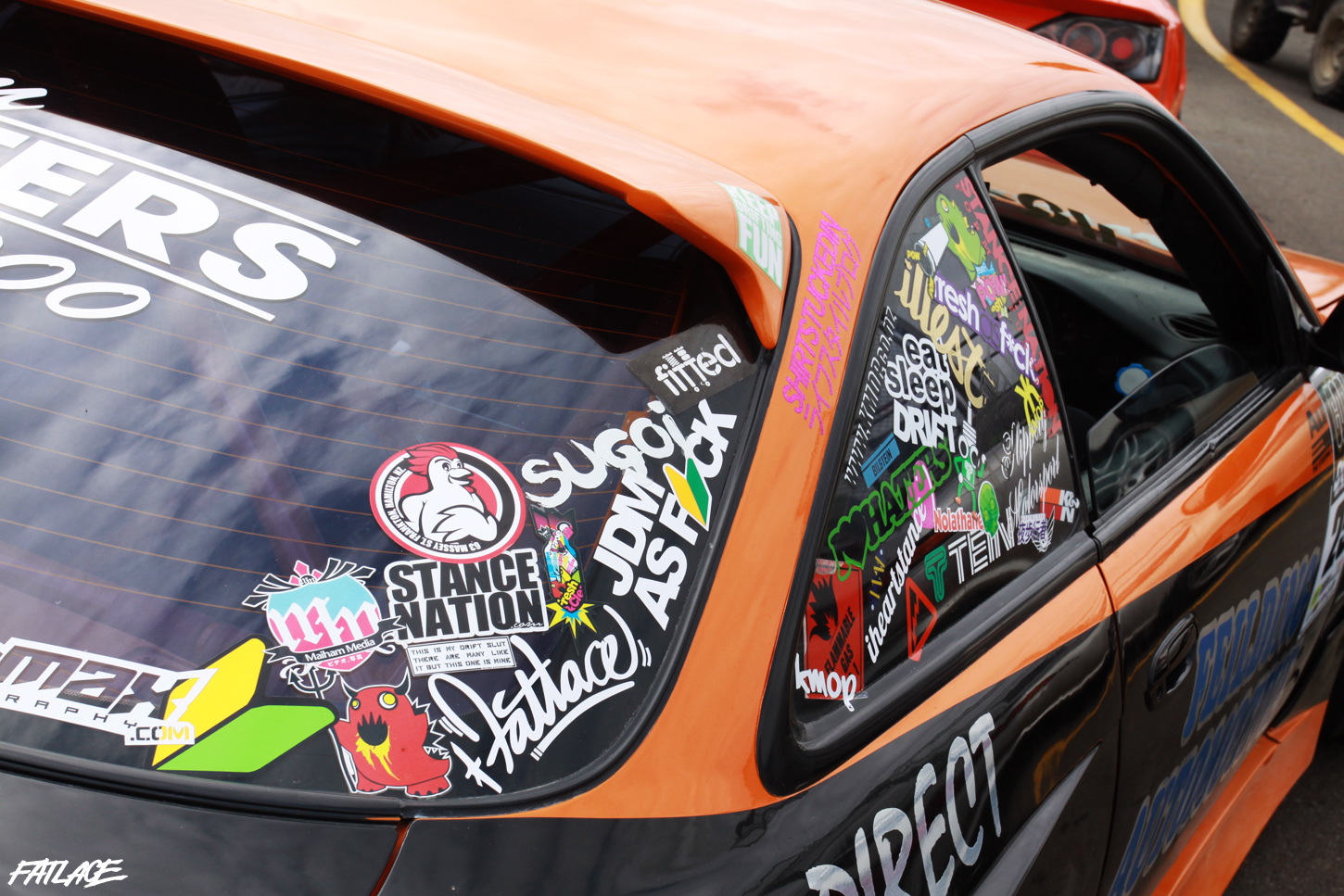 There is no enemies in drifting, only friends, friends, and more friends! 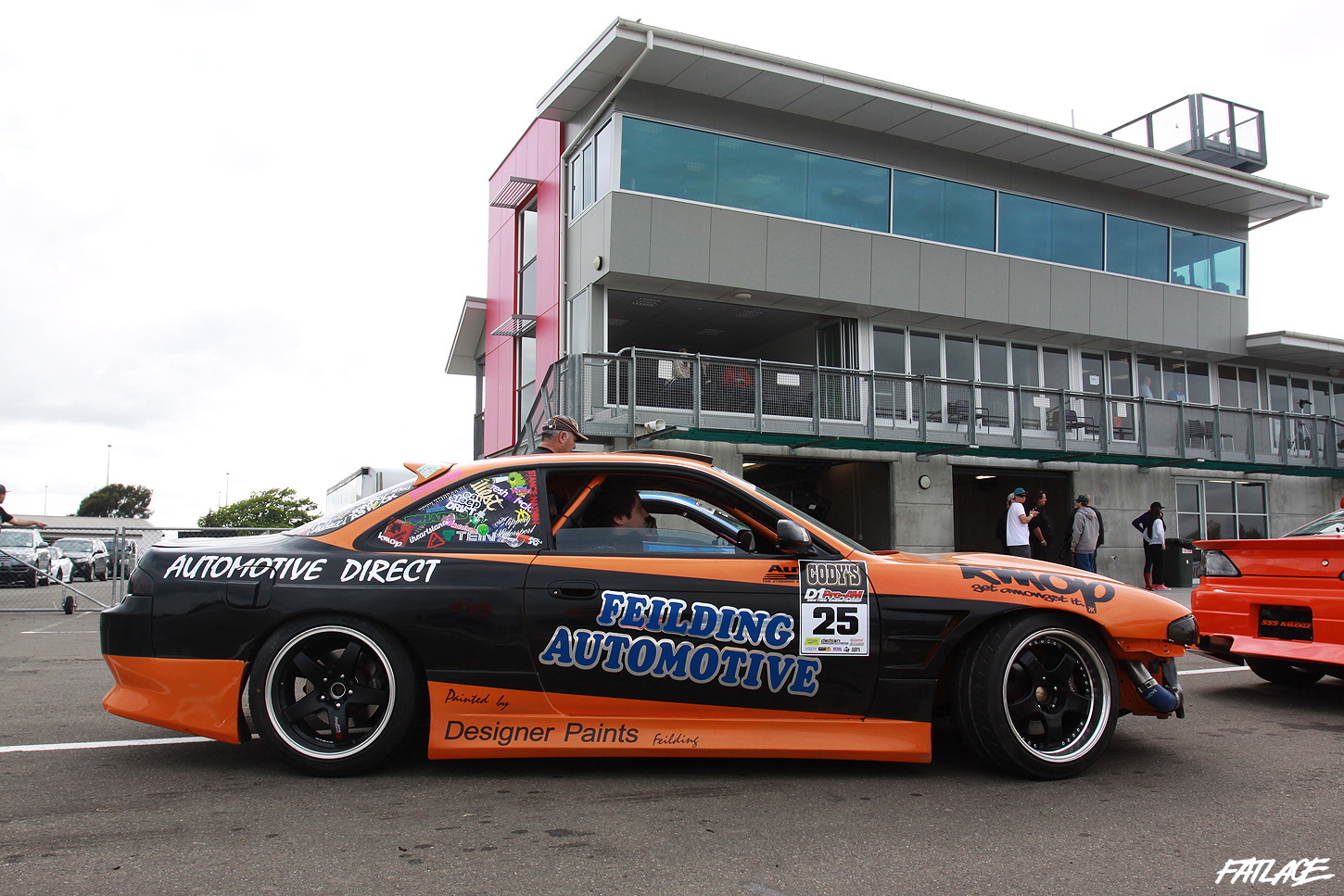 For many this motorsport is certainly a way of life.  They lend a hand when need be, they then go out and tandem together, and when the tyres have all run out it’s off to the pub for a good cold beer…once again together!  Here’s to drifting! Cheers!