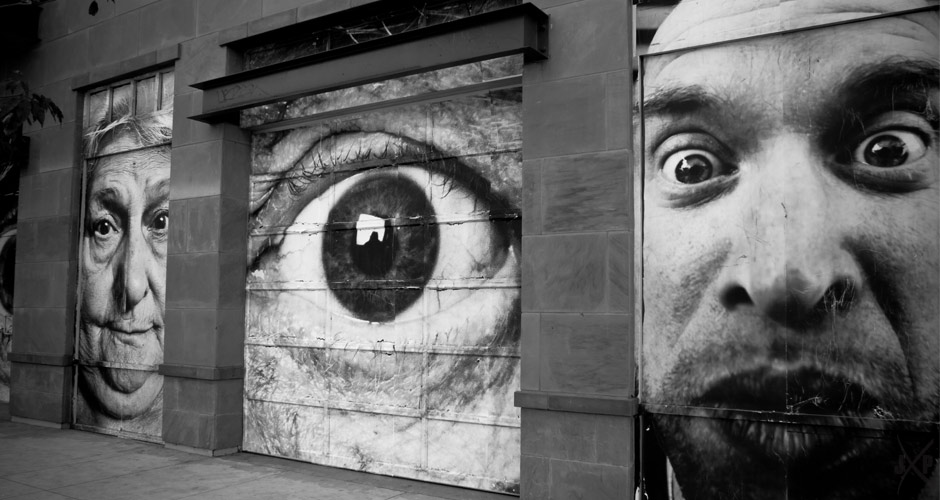 One of my favorite photographers JR has taken over a Phantom Gallery space in my hometown of Downtown Long Beach, incidentally it’s the same space that I used for the Art of Formula D Photo Gallery last year. I was surprised when I first drove by the space on the way to work and noticed immediately the black and white photographic style and imagery that took over the windows. So today I decided to walk over before work and shoot a few photos. 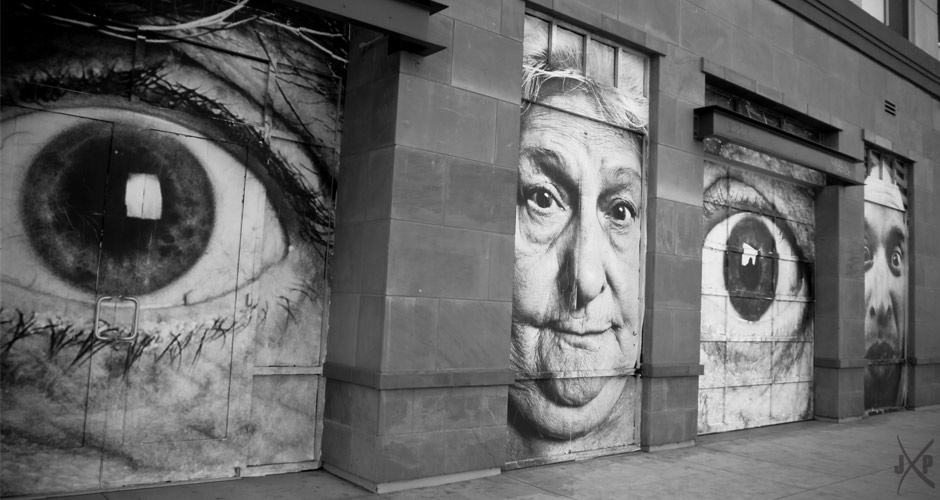 For those that aren’t familiar with JR’s work, he is a photographer / artist from France that raids the globe and takes over the fascades of buildings creating controversy and bridging communities with his message. The anonymous JR has recently had his work seen all over Los Angeles, for his “Wrinkles in the City” project and now has come to Long Beach for the TED convention, where he has been recognized with the TED Award, which grants recipients one wish to change the world. If you’re in the area on Thursday or Friday from Noon to 7PM be sure to check out the, “One Artist. One Wish, to change the world,” gallery and see what JR is unveiling. I’ll do my best to check it out and take some photos. 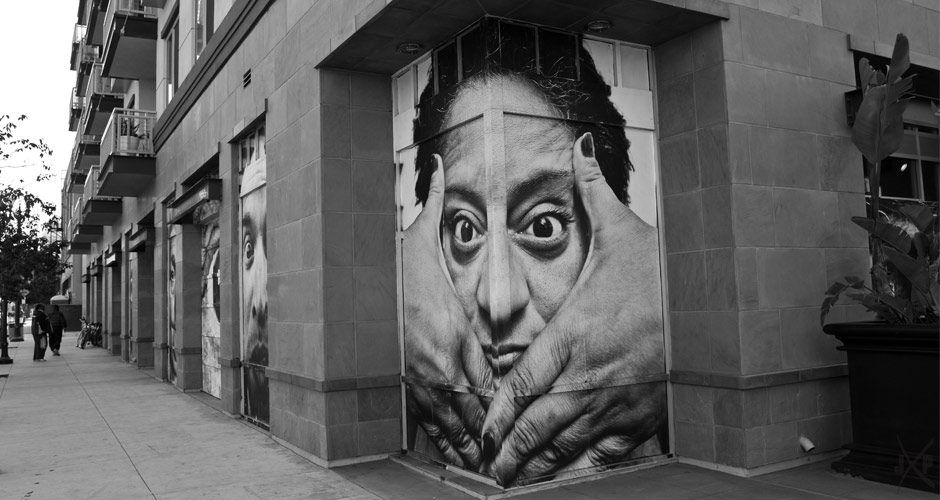 His documentary film “Women are Heroes,” is a much watch. Check out the trailer for the film below.
[youtube]http://www.youtube.com/watch?v=olb7znn4bn8&feature=related[/youtube]