Last Friday night I was given the opportunity to have free food and drink, underneath the stars, right next to an architectural masterpiece. Ok, that was real dramatic, but last Friday I did end up at the Los Angeles Food and Wine Festival on Grand Ave next to the Disney Concert Hall. And yes, there was free food and drink. 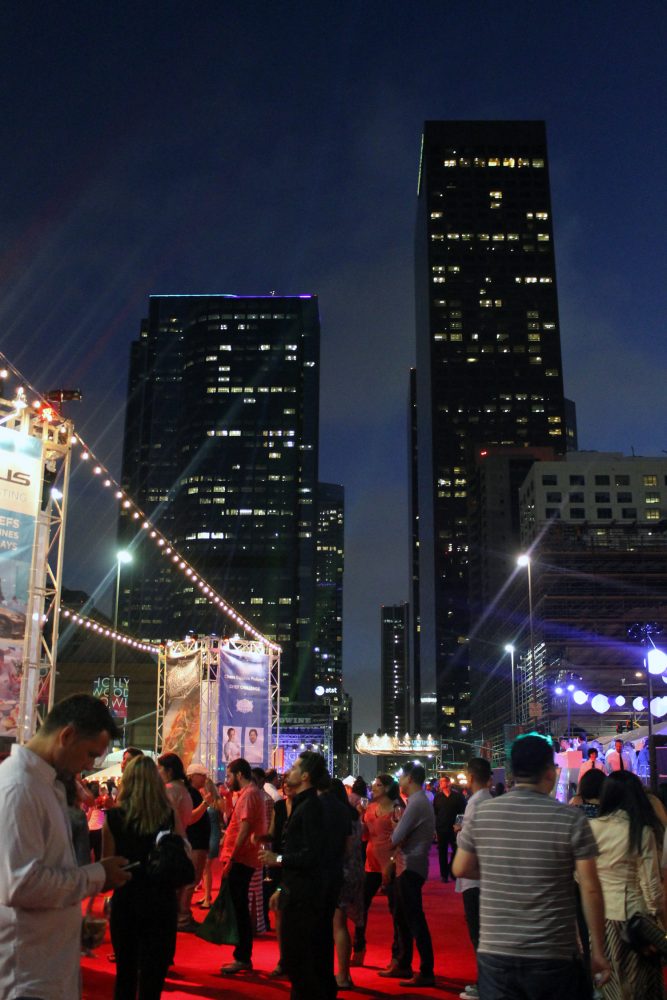 My very good friend, Vincent Valenzona, is the executive chef for Patina at the Hollywood Bowl and he was one of the select few invited to cook during the event. It’s been amazing seeing him evolve at his craft and I’m really proud of him. He undoubtedly earned his right to be there. The theme that night was Asian Night Market and Vince cooked up Thai larb. No bias here, but it was the best thing I had at the festival. 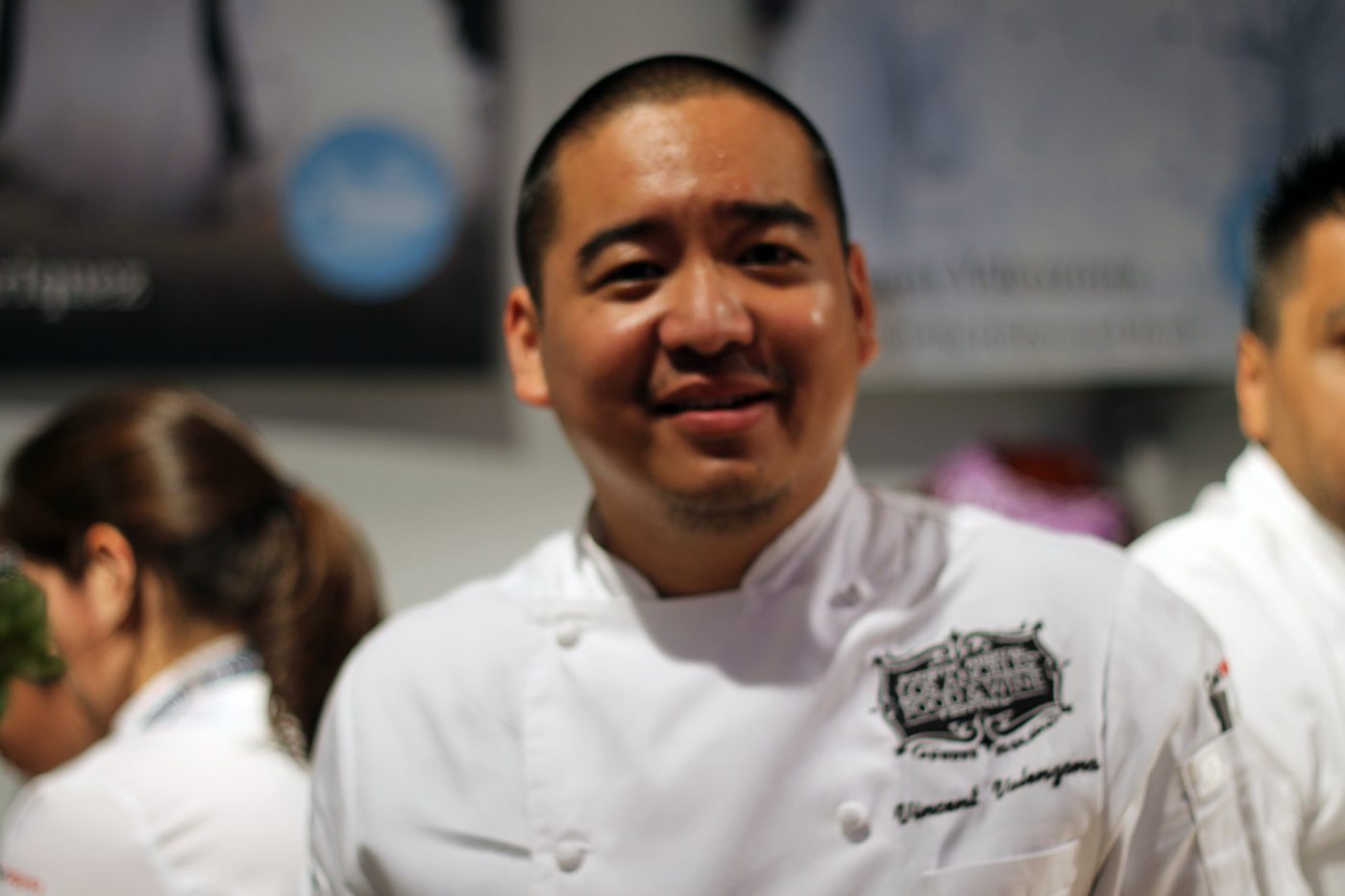 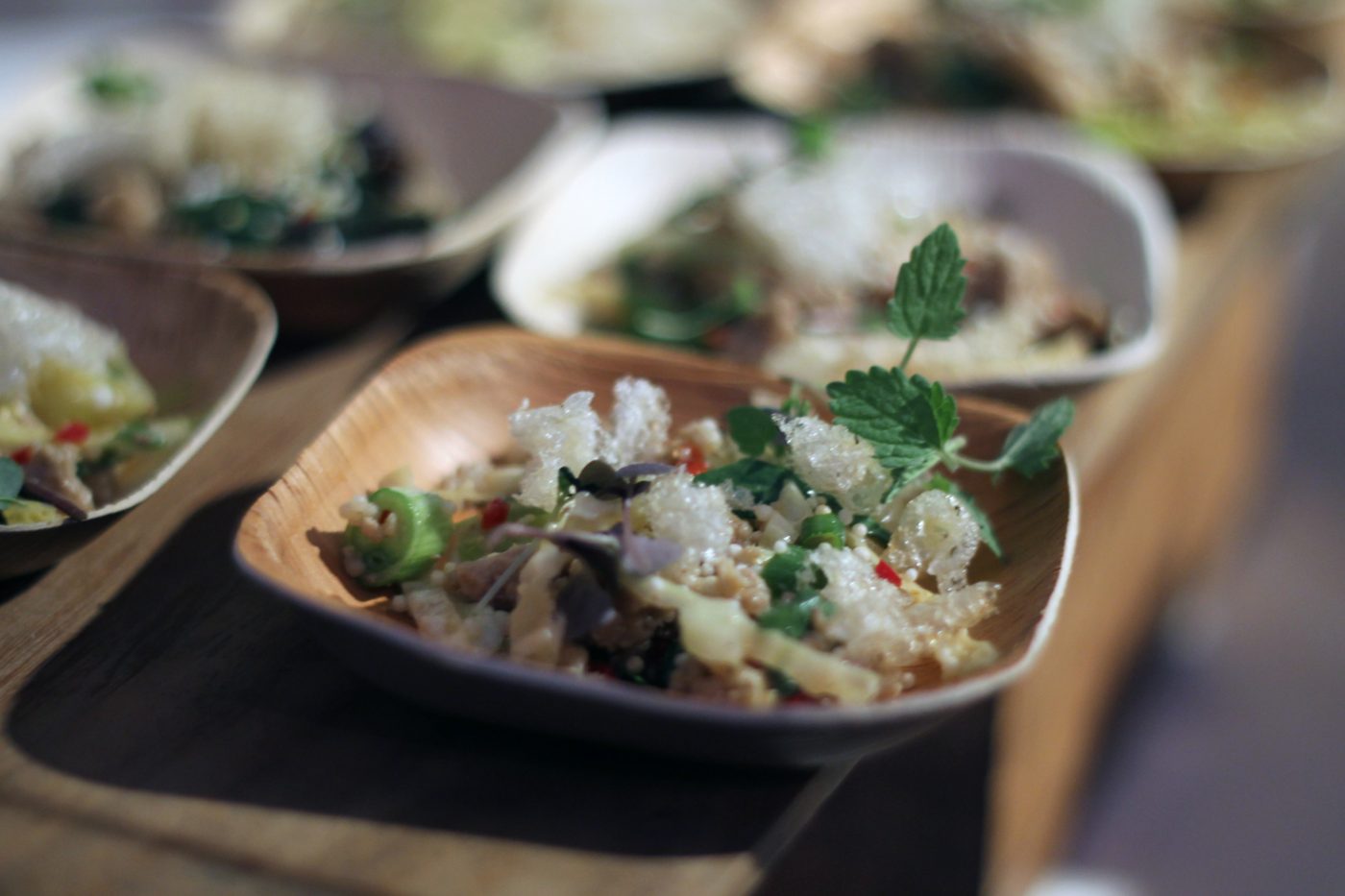 So here’s how it works (in case you’ve never been). You set foot on the red carpet and you stop at each booth. You get a plate of what that chef has cooked for the night, you enjoy, and then you make your way to the next one. Below are some highlights. Photographed are plates from Nobu, Morimoto, Public, and B Too. 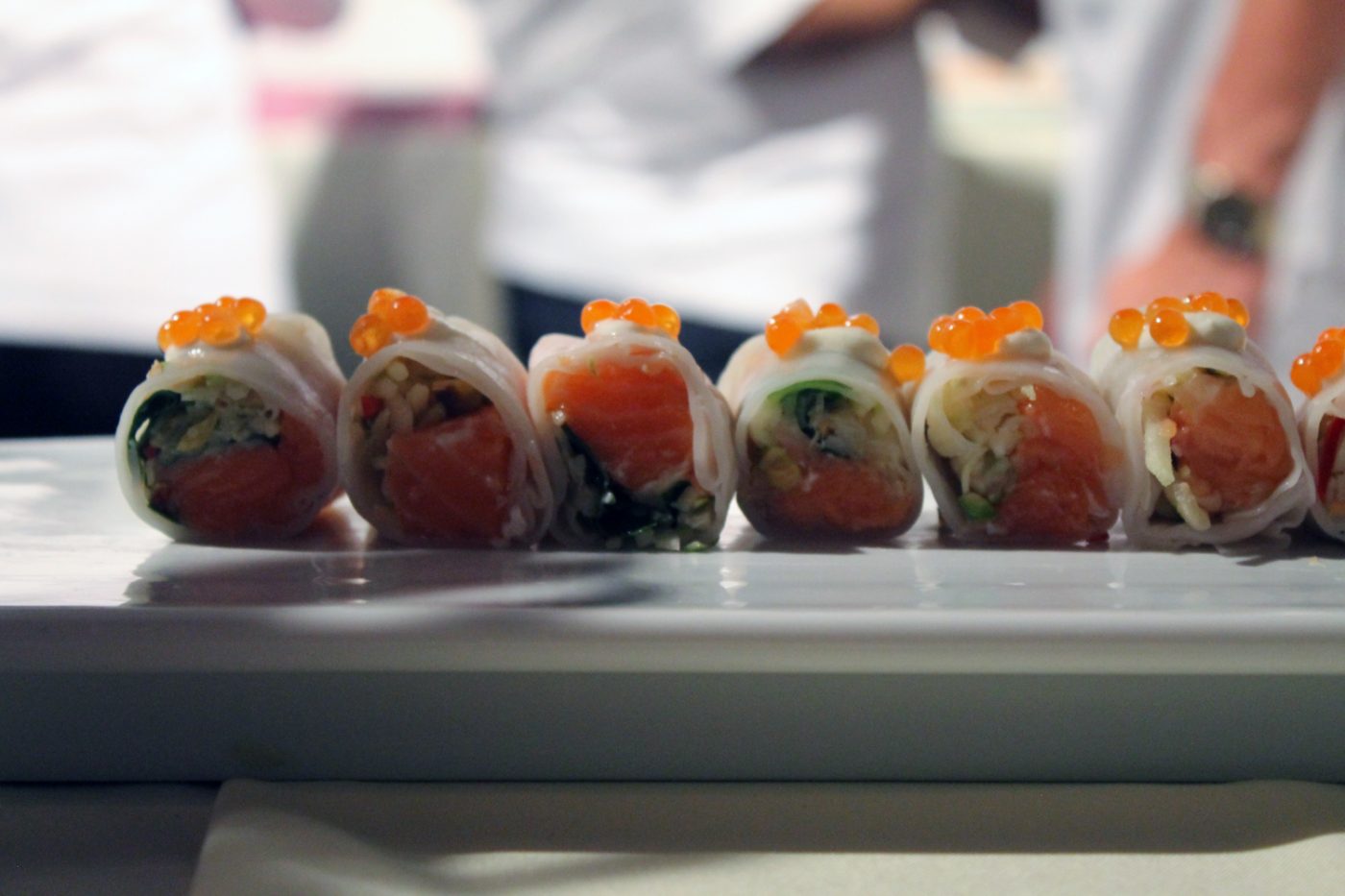 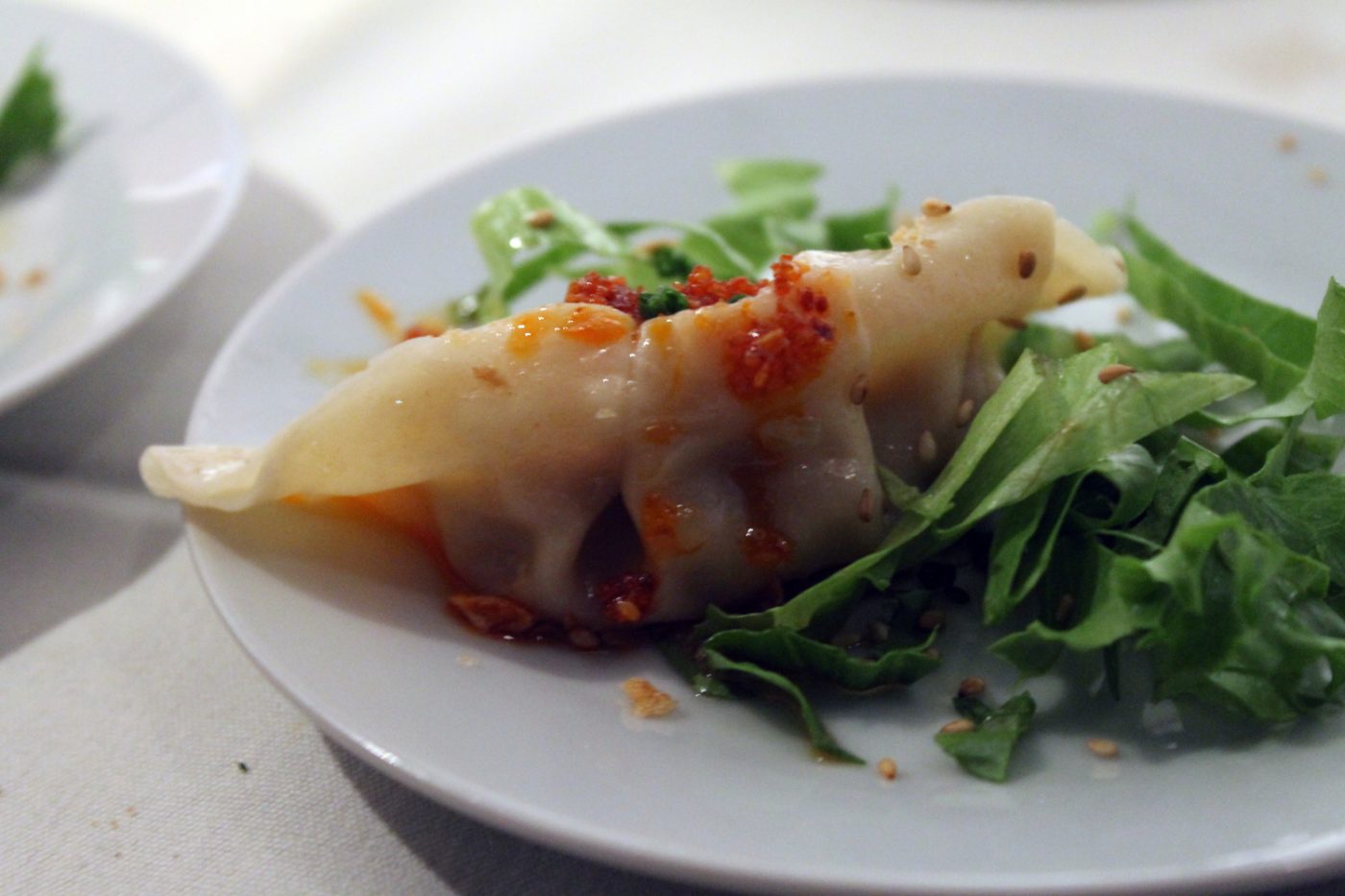 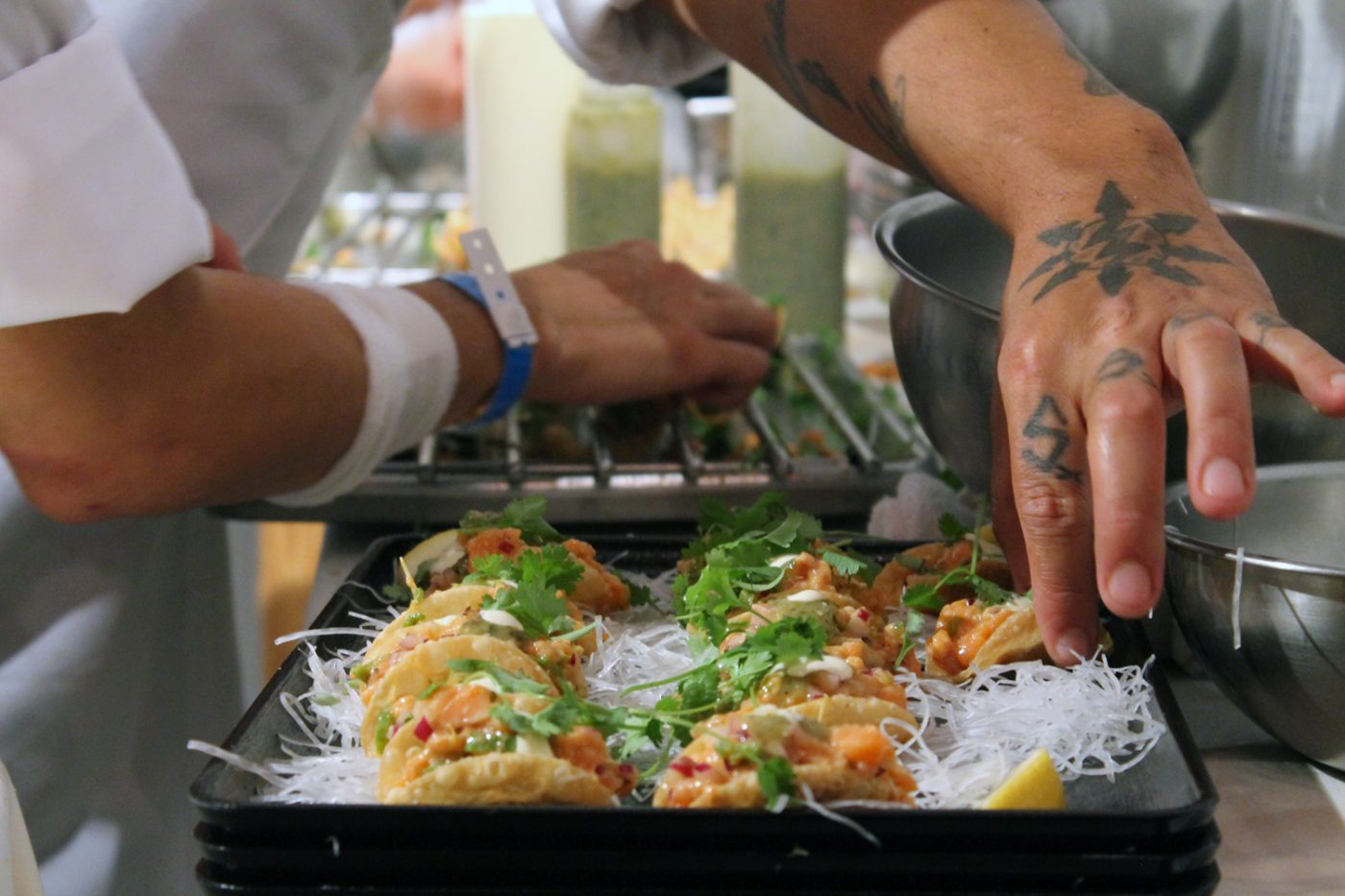 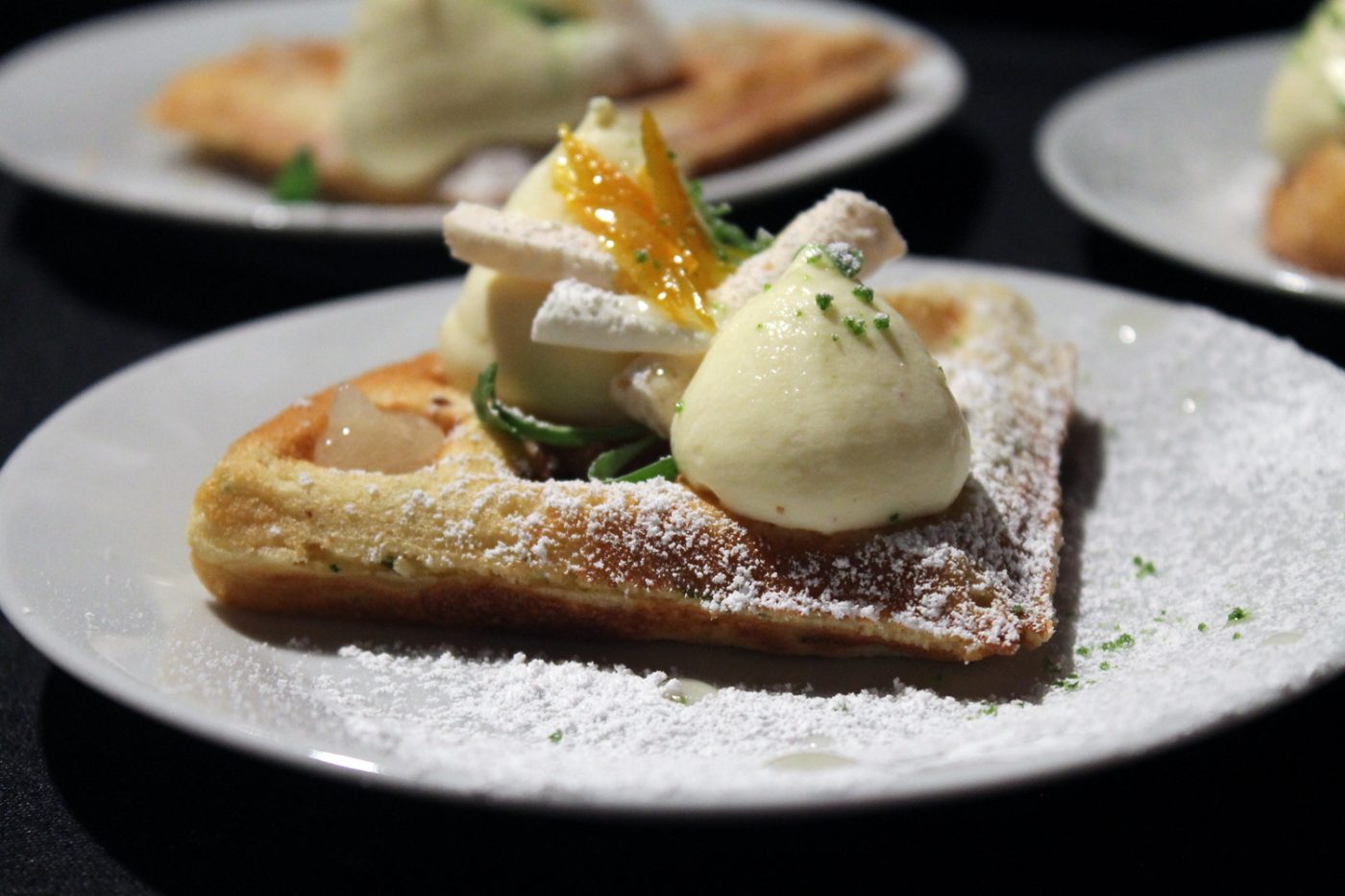 That was the food part. I didn’t take advantage of the wine part of the event. I don’t drink wine, but I do drink cocktails and beer. Thank the universe for the Cosmopolitan Hotel and Stella Artois. 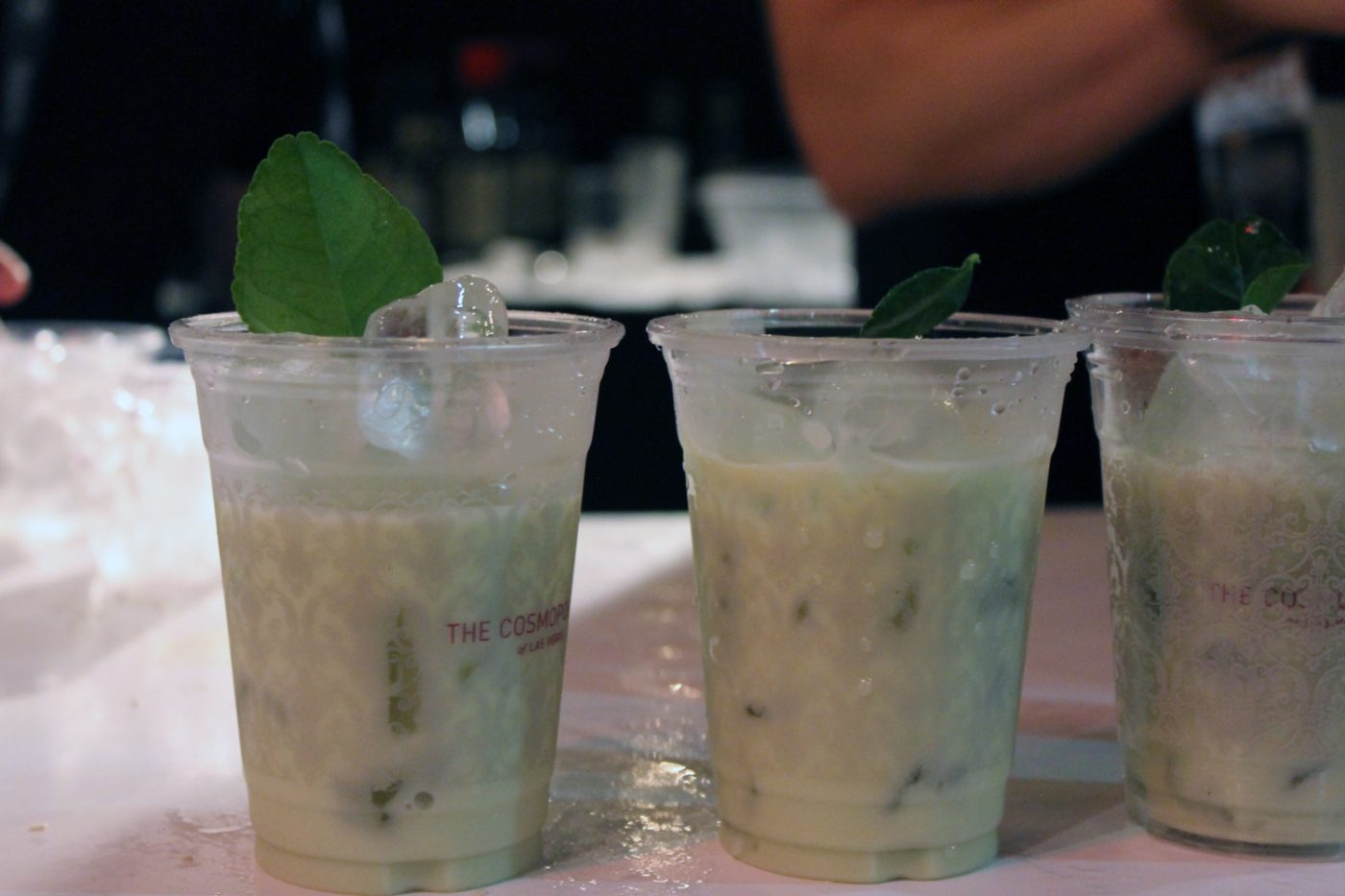 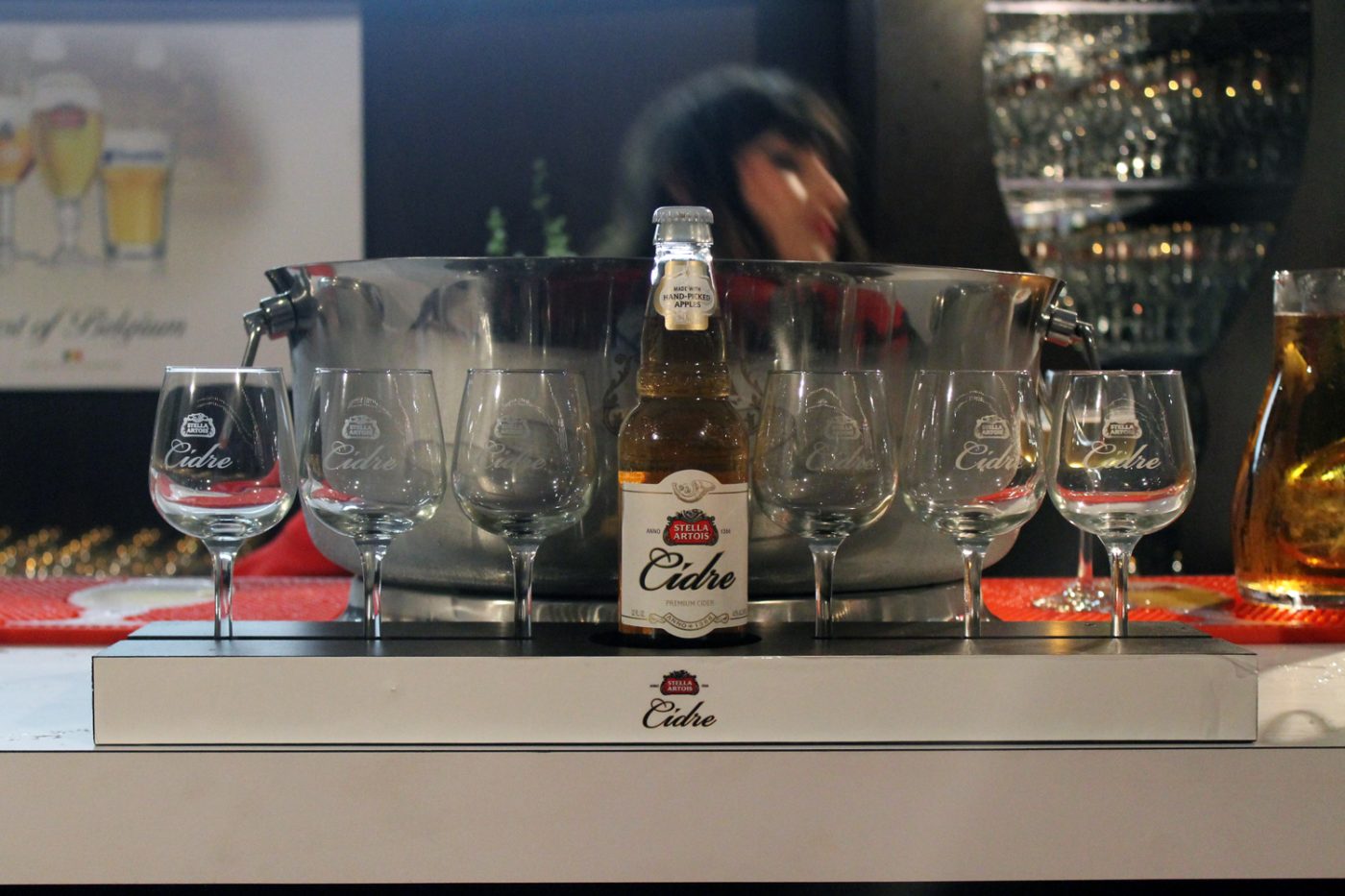 As I started to slow down, I ran into a familiar face. Chris Oh was also cooking that night. I don’t know why he’s so sad face in the picture; he just announced his new TV show on The Food Network! We told y’all he was a Tastemaker. 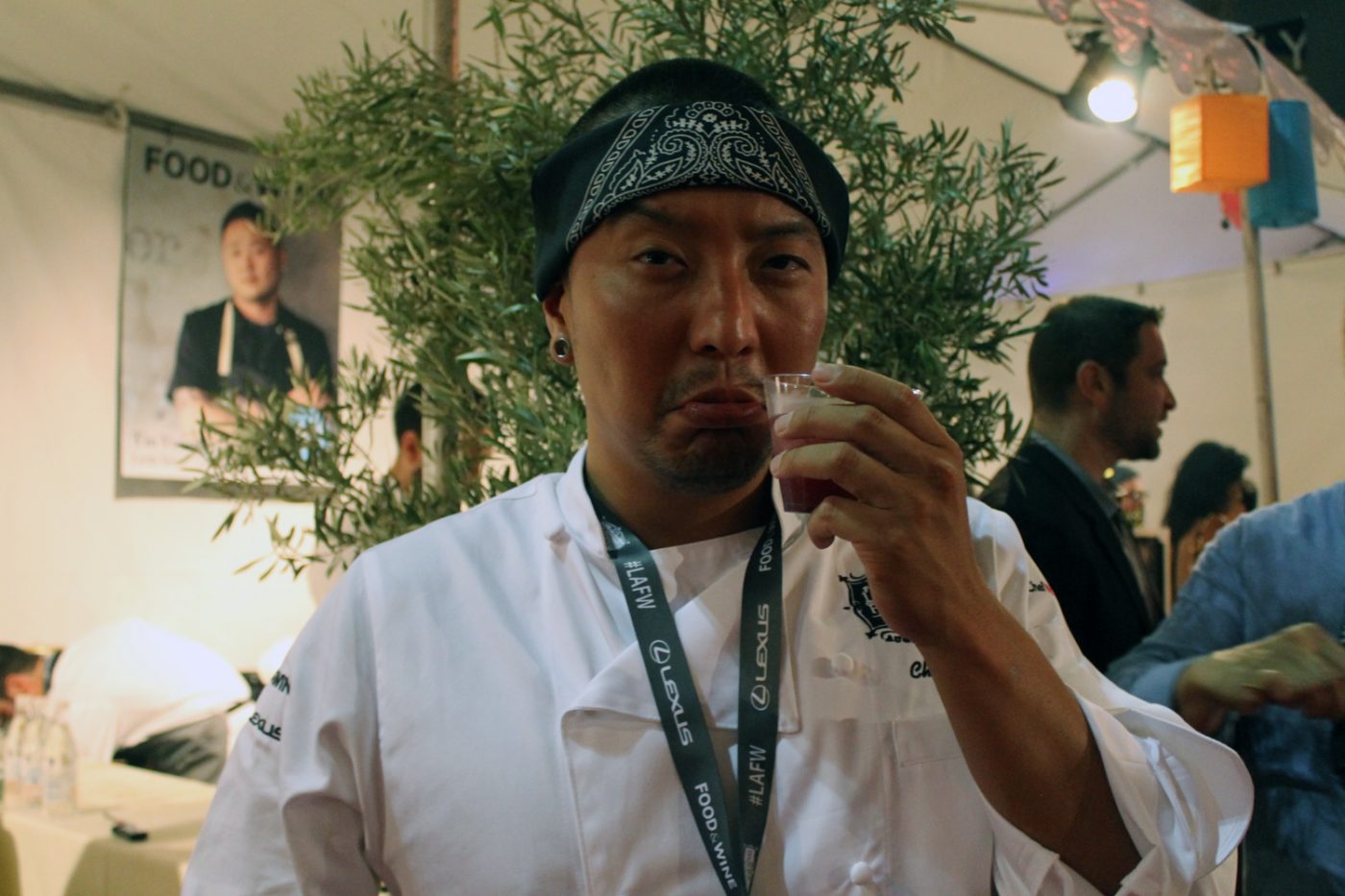 Before I knew it, it was closing time. Big, big thanks to Vince. Thanks for always making sure I eat good. 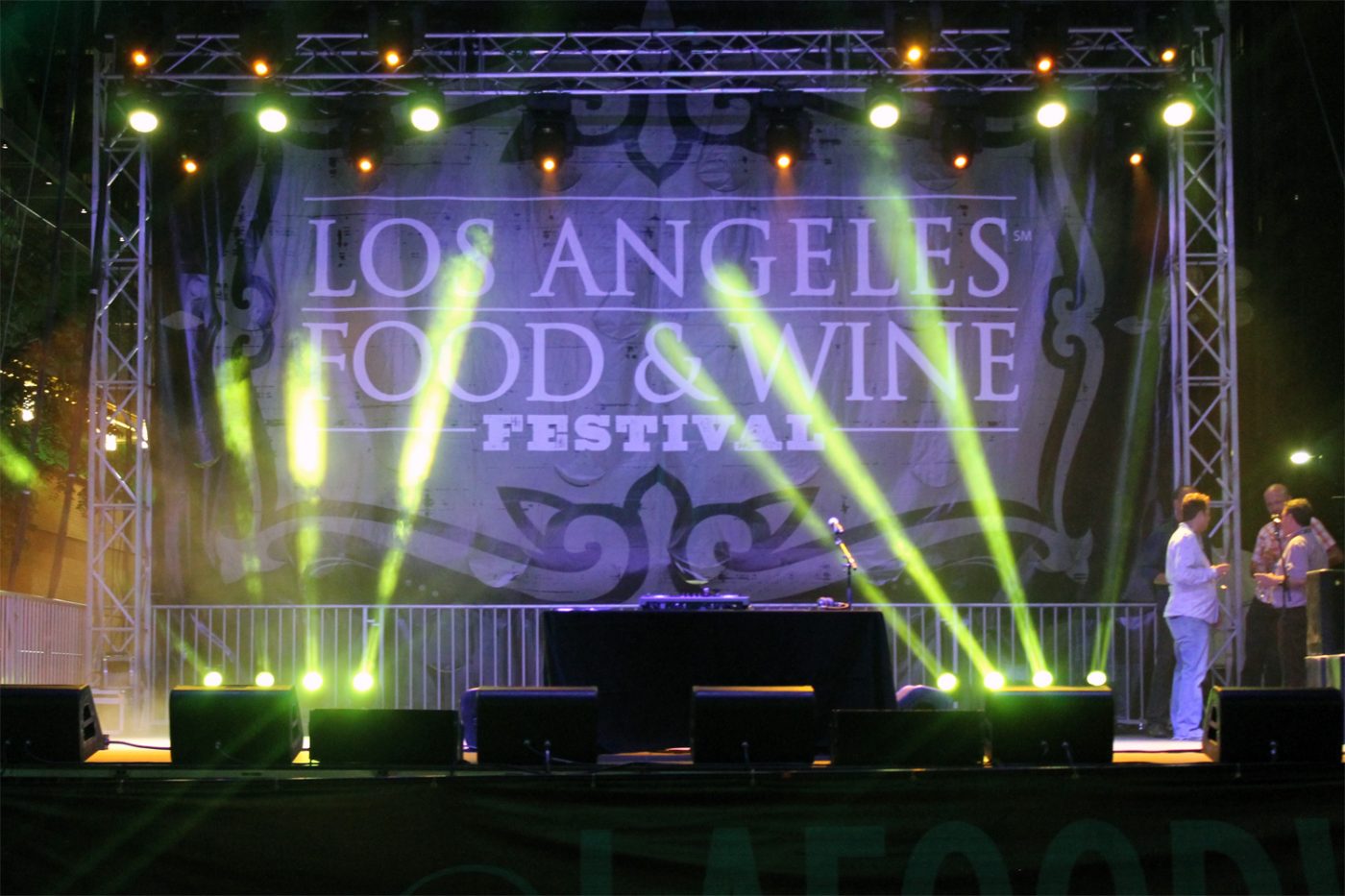