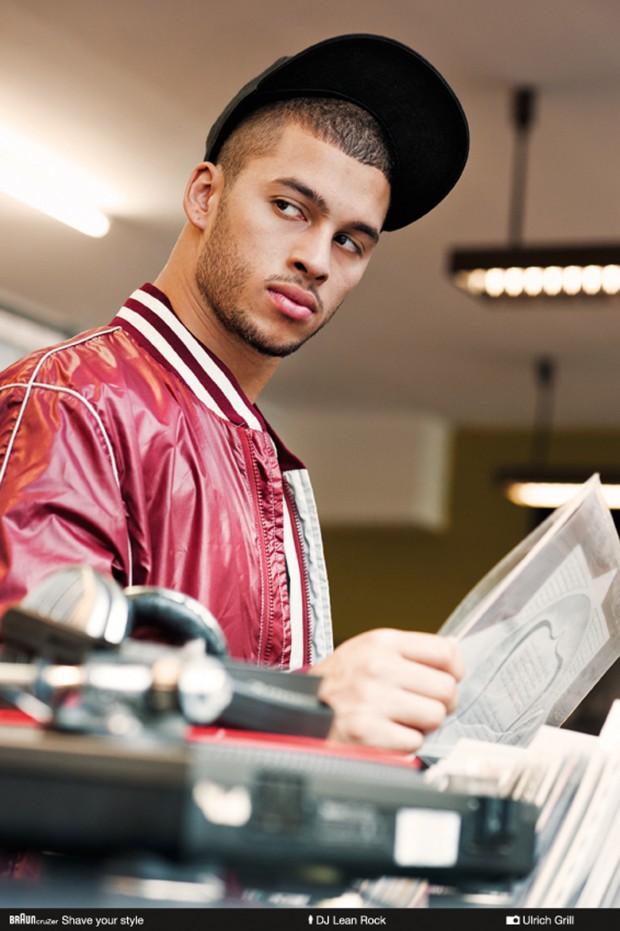 Q:  At what age did you start getting into Hip Hop and why?

A:  I was hip hop the day I was born. It wasn’t really a choice. It all happened naturally, and I thank my family for that. My dad “Leanski” and my uncle “Noz” are pioneers in the hip hop community over here in Boston. They were pretty much huge part of the foundation of Boston’s hip hop scene. They were serious practioners of pretty much all the elements of hip hop. Nonetheless they are considered legends over here. I also have 4 other relatives that are practioners of the culture as well. We all keep each other inspired and keep each other moving…. My family pretty much has dedicated over 30+ years to hip hop…

Q:How did you develop a entrepreneur mind set at such a young age?

A:  I think it just comes with my surroundings. My dad was always involved with different projects, and always made time to introduce me to successful people. A lot of the successful people that I met were enterpreneurs.  My dad emphasized trying different things in life. He would tell me you just never know what you may end up being successful at or what you may end up really loving. It’s like, if it’s legal and it doesn’t hurt your health.. then give it a try. My pops has a serious network. Probably has one of the strongest networks I know of. Our family makes jokes about it all the time, because no matter where we go he knows everyone. But yeah… as an artist, you should never pigeon hole yourself into just doing one thing. I feel like in order for you to sustain a career as an artist you need to seek inspiration and motivation from the OUTSIDE sometimes. It’s all about having the entrepreneurial insight. Doing the same routine every day can get very boring. If you look at hip hop in general, hip hop is a reinvention and innovation of past cultures…  we recycle what’s out there and create something new and fresh out of it. We aren’t meant to focus just on one thing… that’s why Hip hop is so universal and hip hop is entrepreneurial.

Q:  What or whom keeps you inspired, motivated and creative?

A:  Life provides me with plenty of inspiration whether it’s a person, place, or thing. We can always be better at what we do, because only we limit what we can’t/can do. Traveling the world has definitely kept me inspired, motivated, and creative. I mean I have met so many individuals that are very passionate about their craft and the culture. I also feel like I have a legacy to carry and a bloodline to represent… so it’s almost a duty of mine to stay on top of my craft. 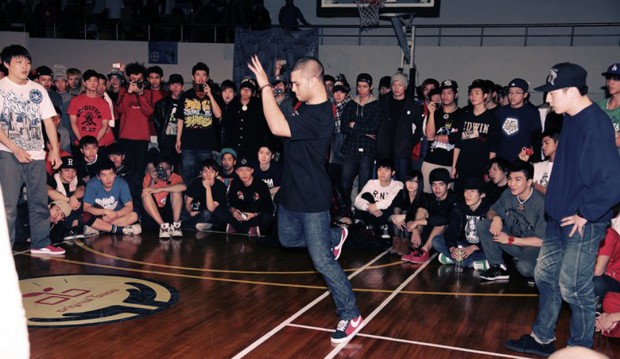 Q:  How many art forms are you a practitioner of within our culture?  If so, do you feel that one inspires the other and what are the commonalities between them?

A:  I break and I dj. Djing and dancing go hand and hand… without music there is no dancing. Since I dig for music all the time, I listen to tons of music that inspires me to dance.  I try writing from time to time, but I have definitely slowed down over the years… I just haven’t been around it as much. I could never freestyle, so I that’s why I never really got into emceeing.

Q:  Is it important to keep the culture united and learn about all elements  (if not practice more than one art form) and why?

A:  The more you learn the more tools you have in life. There are always things to learn, and that’s what keeps life exciting. When the elements are united, it provides more opportunity and more guidance. It gives the youth more options and offers more to learn. When the elements are separated, the youth suffers more and offered less. It’s all about being open and having that universal mind state. 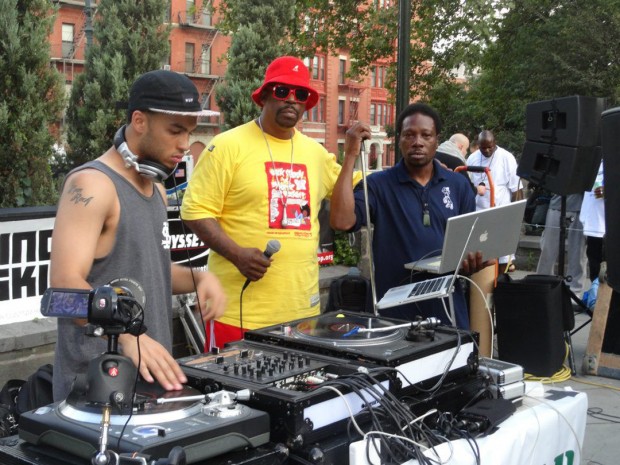 Q:  Define your style of DJ’n, what keeps you in demand an respected worldwide?

A:  I’ve definitely got most of my recognition for playing bboy beats and gems that peeps have never heard before. To define my style though… In my earliest memories, I can actually remember being a huge fan of Onyx and MOP. When I was like 4 years old, I actually wanted to be just like Sticky Fingaz (Onyx)! Their music was just so raw and aggressive. I don’t know what it was but I used to like fighting when I was a little kid. So all the hardcore hip hop music were always my favorite. When I started breaking, my approach to the dance was also very aggressive. If we weren’t fighting, my cousins and I were battling each other in my grandmother’s living room. We grew up very competitive amongst each other.  I guess we always felt like we had something to prove. Aside from that, I was greatly inspired by the Bronx style of djing. “Cutting up bboy breaks and making the bboys go off”. This style of djing is the foundation of hip hop. I have to preserve this part of the culture, because there isn’t too many my heads my age preserving it. Hip Hop has always been about “using what’s already out there and flipping it to make it hip hop”.  This is what I live for. As far as where I’m at now though, my style of djing has definitely matured. I have ventured off and definitely experimented with more music now. I realize that it’s more than just playing the hypest songs all day, and I focus on taking people on a musical journey…. At the time of writing, Indian mobile casino article users account for nearly all of them. This implies that every online casino must cater to the desires and demands of the mobile casino generation, whether through the creation of a mobile-friendly website that can be accessed from any device or an app for both Android and iOS. Specific casinos take pleasure in their true mobile-friendly casino, and have the accolades to prove it. knowing what to play where, when, and for what occasion. Honestly I have just been listening and playing so different genres of music now. I have opened my mind beyond just hip hop you know. I just love music! I just play music that I love and there are people that really appreciate that.

Q:  Lean, you are a worldly individual, what reoccurring issues do you observe within the culture (Dj, Writing, Emcee and or breaking) globally that you would like to address going on from country to country?

A:  I think everyone should embrace their culture and be proud of who they are. It’s natural for us to get inspired by individuals but no one is better at being you than you. I think some people just try too hard to fit in. Just stay steady with your craft and let everything flow naturally. Try things but don’t kill yourself over it. Enjoy the journey of life! Aside from that I think people need to really do their homework on all the elements of hip hop before they call themselves hip hop. Being a practioner of one element does not make you hip hop… it just makes you a practioner of that one element. Learn it all! Be a student to the culture as a whole! 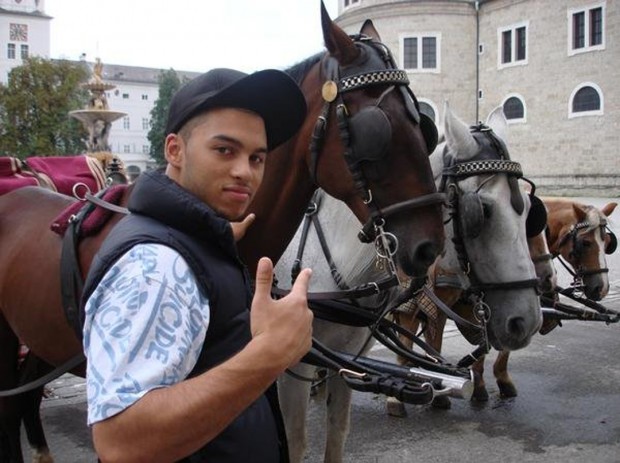 Q:  What is your greatest moment within the culture that you have experienced?

A:  My greatest moments within the culture as a bboy was the first time I went to Rock Steady Anniversary in 1997 and when I went to Pro Am in 2000. Rock Steady Anniversary 97’ was the first time I had seen a bunch of bboys that I had only heard about or seen on video. It was the first time I went to a jam out of state, and it was actually my 1st time going to NYC. I remember Megas (Boogie Brats), Wicked (Phaze II), Gadget (Boogie Brats), and countless other heads killing it that weekend. I was so inspired by them and everything that had happened weekend. There were tons of hip hop groups that performed and countless hip hop legends in attendance. We battled heads and vibed out all weekend long. I’ll never forget it! Going to Pro Am 2000 was also another significant moment in my life. It was the first time I had heard Dj Leacy spin live (whom is probably my biggest inspiration as a DJ) and the first time I got to see the Miami bboy scene (which was really hot at that time). It was the epitome of bboy rawness.. I had never seen so many dope battles in my life. That was easily one of the illest jams I had ever been to. As far as djing, I would definitely have to say spinning at the Tools of War NYC park jams and spinning at Battle of the Year in 2011. The park jams are the essence of our culture. I spin with all the legends and pioneers. There is really nothing more rewarding or more hip hop than that. Battle of the Year is pretty much the most prestigious bboy event to spin at. It’s been running for over 20+ years, and it brings in about 15,000 people in attendance. All the greatest djs that spin at bboy events spin at Battle of the Year. 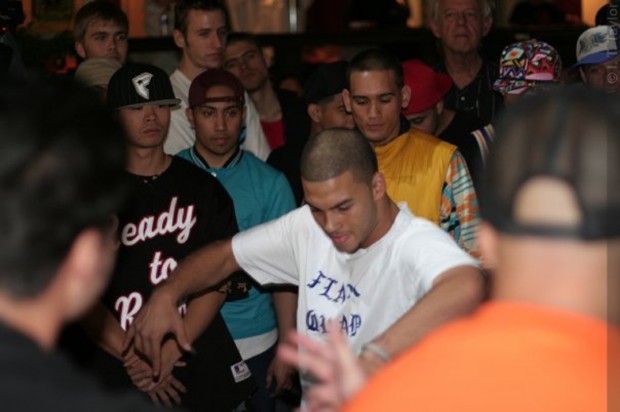 Q:  You are the next generation that will inherit the responsible for the legacy of Hip Hop Culture, where do you see Hip Hop in the next decade an how will you care for it? 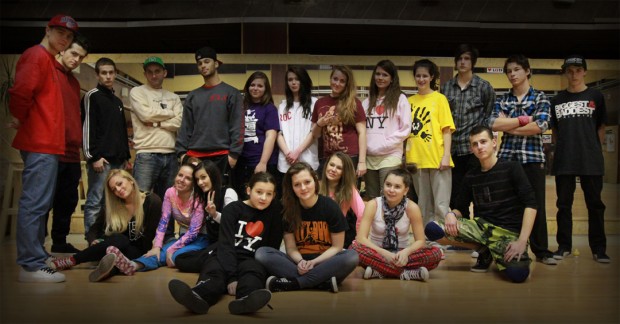 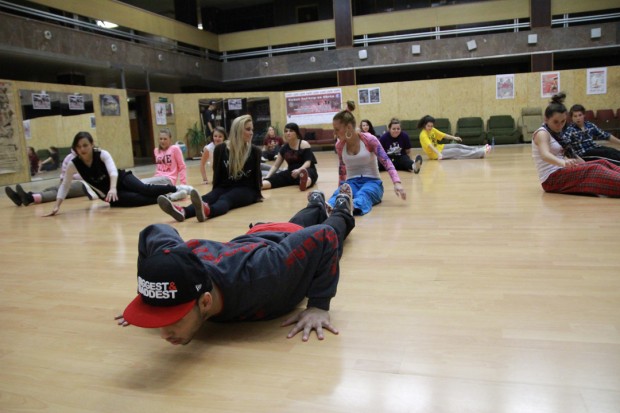 Q:  Aside from living and breathing the Culture do you give back and if so please share?

A:  I give back all the time… whether if it’s for my crew or for the worldwide community. I spend a lot of my time sharing knowledge to the youth and I donate a lot of time spinning at events that are focused on the youth. In Boston, I teach breaking at the Clarence Edwards Middle School to troubled students. In the Chicago area, I spin at most of the bboys events at Boocoo in for free. In Houston, I work with the Break Free community center. We can go on and on about this one. I’m pretty much tied into centers and programs all around the globe. I mean in order to grow you need to give back. The community will always be your biggest supporters. 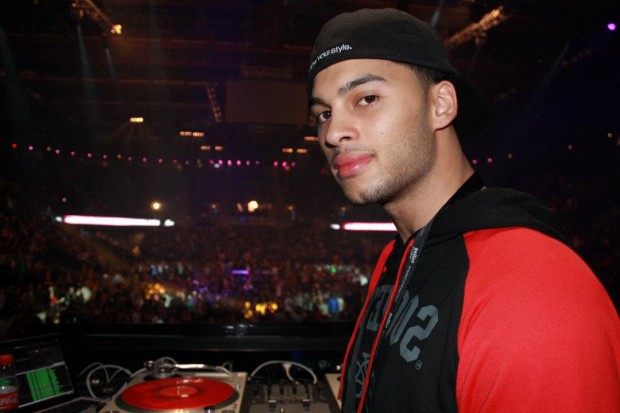 Q:  What are your future projects & plans for your career?

A:  My plans for the future are to stay a student and live life to the fullest. I have a lot of projects underway but you will just have to see or hear them when they come out!