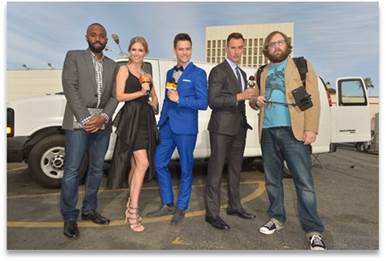 The show will be distributed on Comedy Central’s YouTube Channel and across their social media platforms as well as on L/Studio (www.LStudio.com). Each episode is about five-minutes and centers on life as a reporter as they hit the press junket circuit.

I’ve watched a handful of the shows and each one is pretty hilarious.