As many of you guys know we’ve done alot in the past with Manny and Nike with our Store in San Francisco. This time around we’re doing it with our sister store in Los Angeles for his upcoming fight with Shane Mosely.

In less than 2 weeks, more specifically April 27th, we’ll be releasing a collaboration we did with Big Black and Manny Pacquiao at Illest in Los Angeles. That’s right folks, come to the store and pick up one of these tees and somewhere around 7pm we’ll have a special guest at the event. We’ll be opening the doors at noon and will have the tees on sale all day. 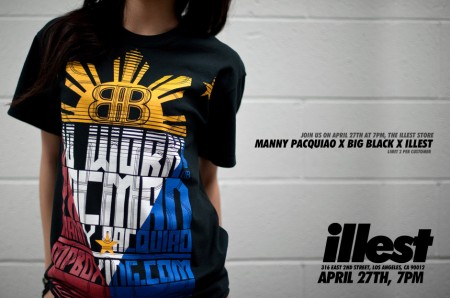 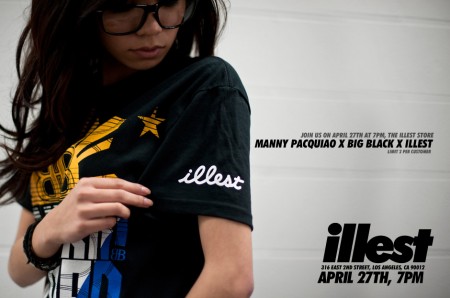