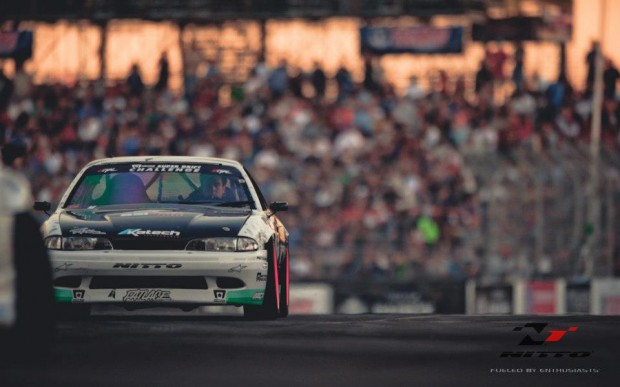 After an epic final battle with Mike Essa, Fatlace sponsored driver, Matt Powers and team took the top spot Saturday night in front of the Grand Prix crowd in the Nitto Tire/Fatlace Nissan s14.
“After that awesome of a battle, I didn’treally care if I won it or not” Powers said after his first Formula D event win. “That was the most fun drifting I have had in a long time” Essa told Powers as they awaited Jrod to announce the winner.

Powers qualified second with a 90.9 point run Friday night. He got a by-run against Kyle Mohan who had blown his engine on Friday and was not able to compete. He then faced and defeated Jeff Jones, and moved on to face Aasbo in the final 4 who crashed out after a One More Time battle. In the finals Powers was inches from Essa the whole course and then did an insane flick on his lead run sealing the win.

This was the first time in the Grand Prix history for any racing to happen during the night (lighted) and it was a historic event for Formula Drift as well. 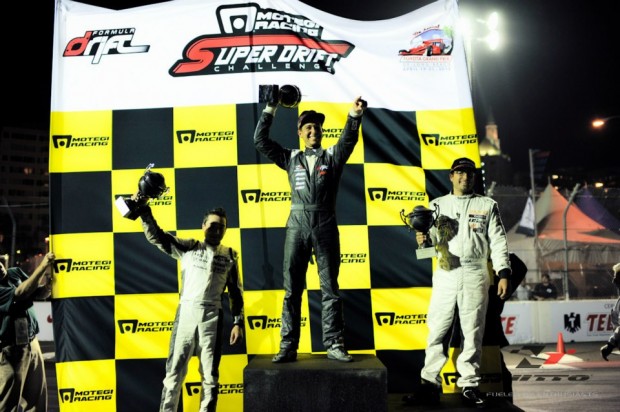 Powers was excited to wash the champagne off his race suit to get it ready for Formula D Panama, where he will be doing a demo this weekend alongside other Formula Drift drivers Justin Pawlak, Odi Bachkis, and Joon Maeng. After that he has Formula Drift round 2 Atlanta May 10th-11th, then WDS China May 17th -18th