There is a frantic rush happening in workshops around Australia as teams prepare for one of the biggest events of the year, the World Time Attack Challenge. 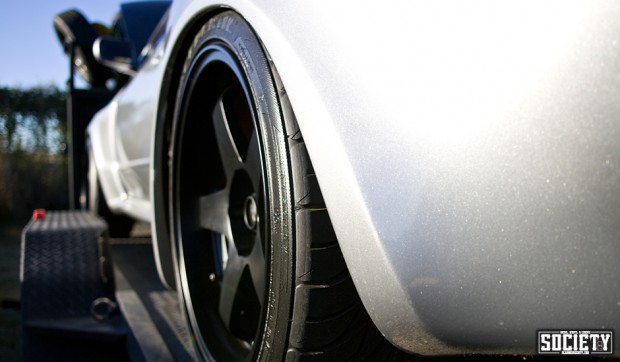 This particular build caught my eye, as I have always been a massive fan of the R32 chassis. 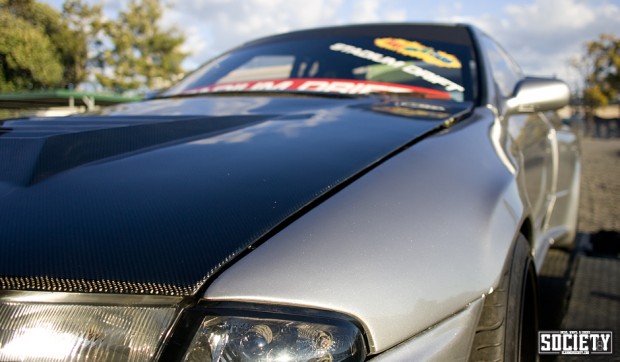 The lightweight frame and aggressive wedge shape have always looked perfect straight from the factory, but add a roll cage and pumped arches and it turns out you can improve on perfection. 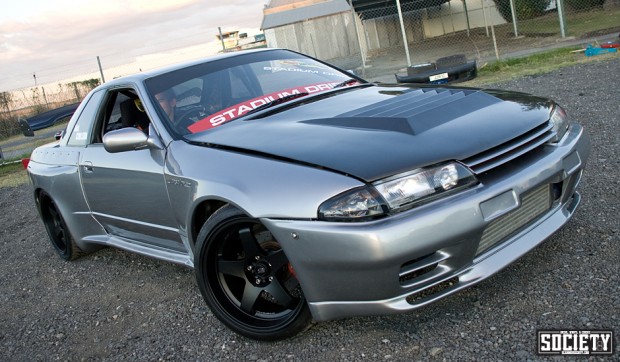 Nick is the youngest driver in the Stadium Drift Pro Tour and has been mixing it up with the pro’s since he was 15, well before he even had his driver’s license. On the 5th & 6th of August, Nick will be competing against some of the best drifters Australia and New Zealand have to offer. With a field including Red Bull driver ‘Mad’ Mike Whiddett, JDM All Stars Champion Luke Fink and D1NZ Champion Gaz Whiter, it’s a long way from humble beginnings at the local Archerfield track. 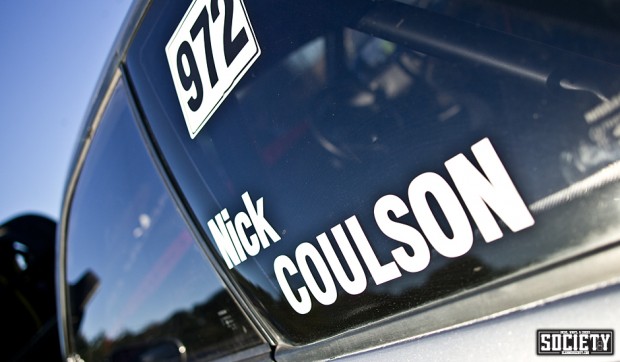 With the deadline looming, Nick and his team have been working flat out and have given the car a complete makeover. 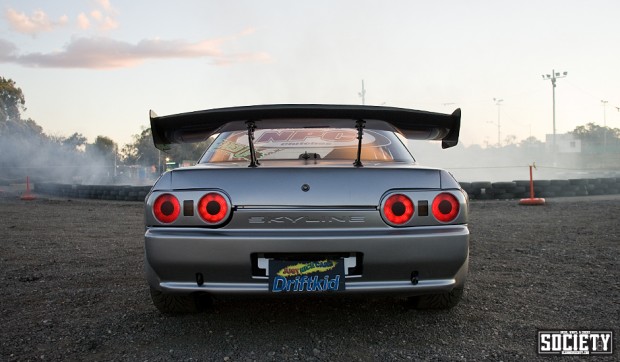 An RB25 is the powerplant for this R32, with a Garrett 30/71R and Ross Racing Pistons helping to get 360 HP to the rear wheels. 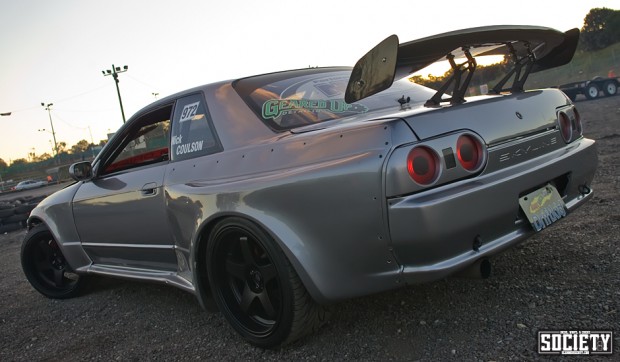 It’s one thing to see this car parked up, but lets face it, a drift car is always going to look its best going sideways. 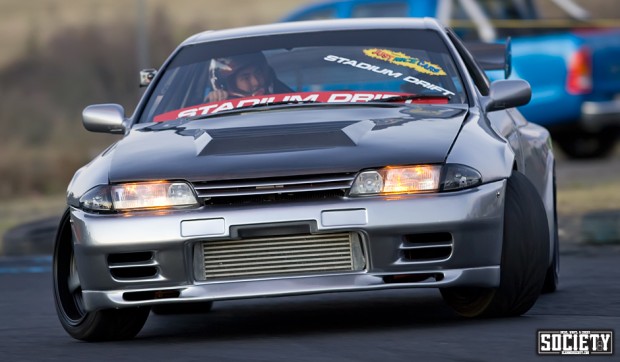 I caught up with Nick as he took the car out for one of the final shakedowns before WTAC. 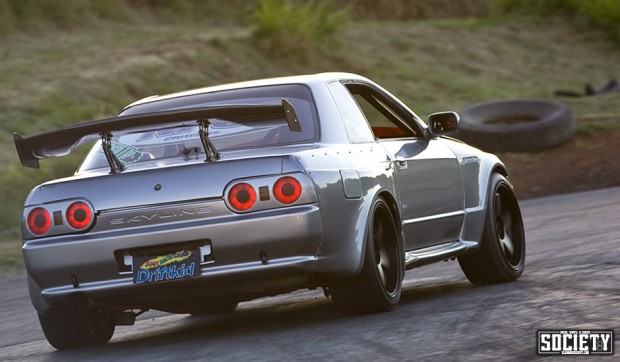 With the King of Drift taking place at Queensland Raceway on the 31st of July, it will give him one final chance to perfect the set up of the R32 before the trip to Eastern Creek. 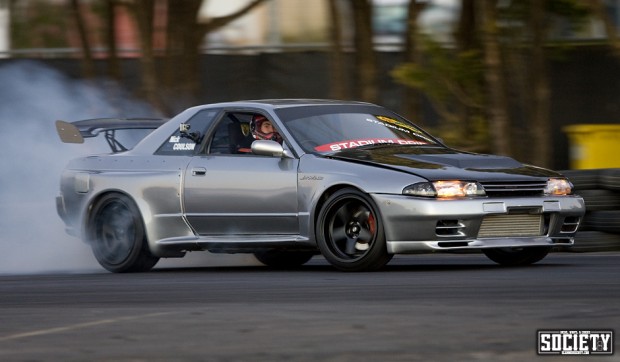 Inside, the car is very straightforward with few distraction, just all the gauges to keep check on levels & temperature and a shift light on the tacho that seems to spend a lot of time flashing…

The DriftWorks harness is a nice touch and complements the DriftWorks CS2 coilovers and arms taking care of the all important suspension setup. 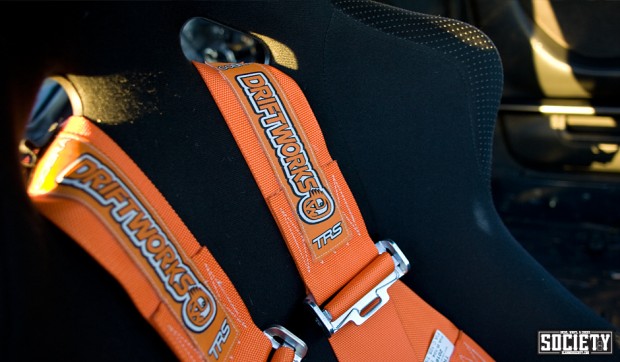 Before the sun disappeared over the horizon, Nick wound up the R32 on the track so I could reel off a few shots. 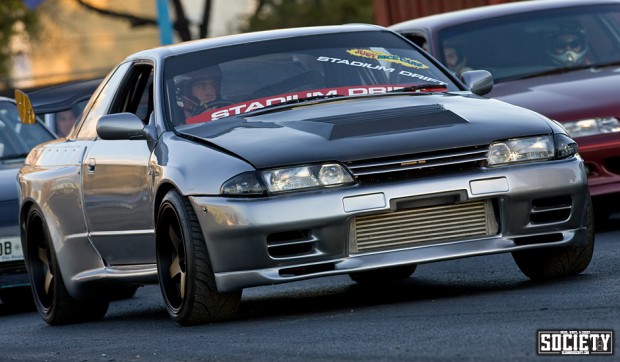 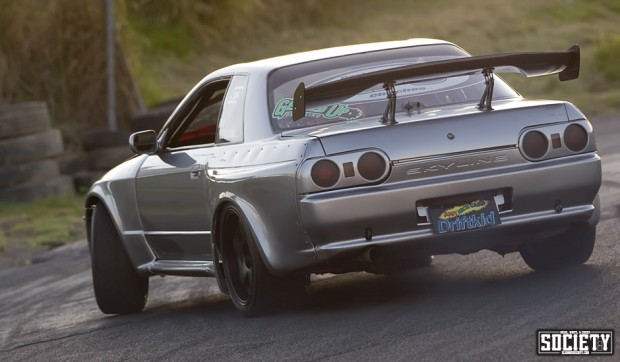 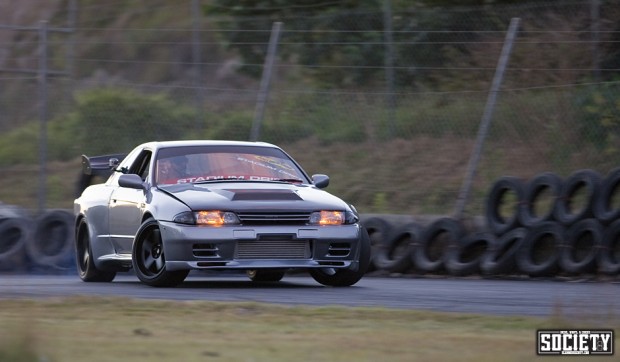 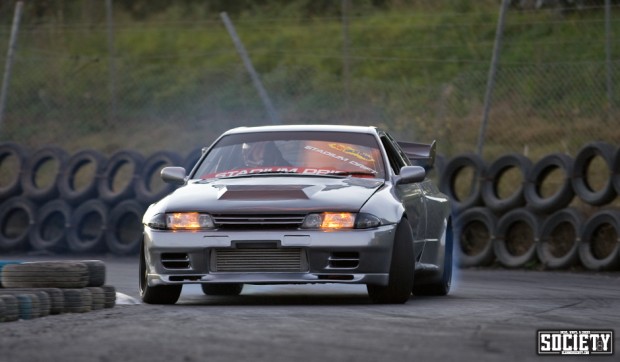 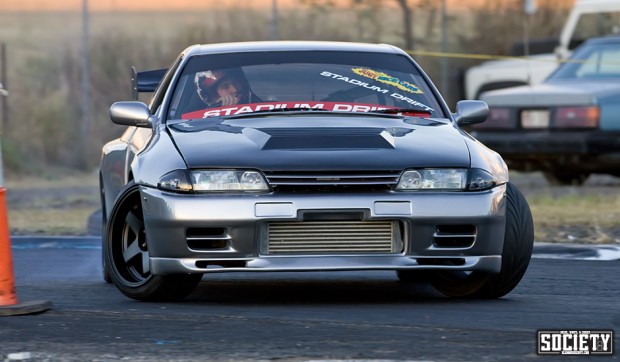 Nick kept practicing into the night, making the most of the track time with the rest of the drivers. 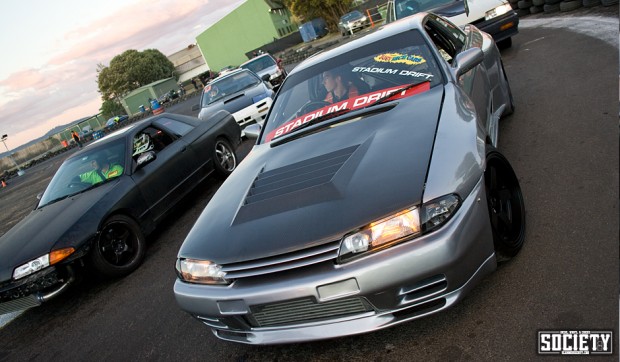 At only 17 years old, Nick brings a level of professionalism to the sport that is to be admired. 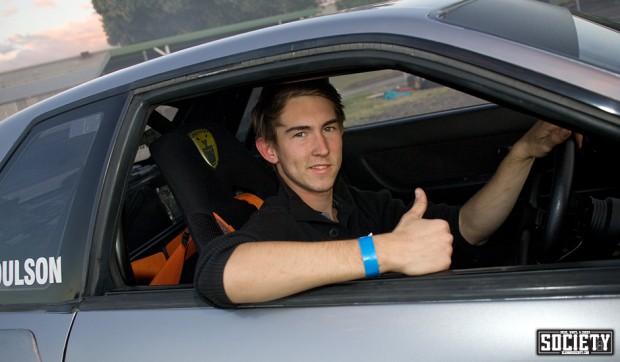 All the best for WTAC, I look forward to seeing the R32 finished in full race livery battling against the best in the country.