Crash, bash, & smash - Speedway racing
MOTOR UNION: An event like no other! Aug 12th
Thanks Houston Astros Tickets for the support
EVENTS / Posted by John P / 23/07/2012

The conclusion to the Nike World Basketball Festival coverage of what was one epic trip to Washington D.C. We headed to the DC Armory for the Nike City Tournament of Champions championship game with both New York and Los Angeles making it to the Finals. The game didn’t fail to disappoint as it was very close and came down to the final minutes of the game before New York took the victory. 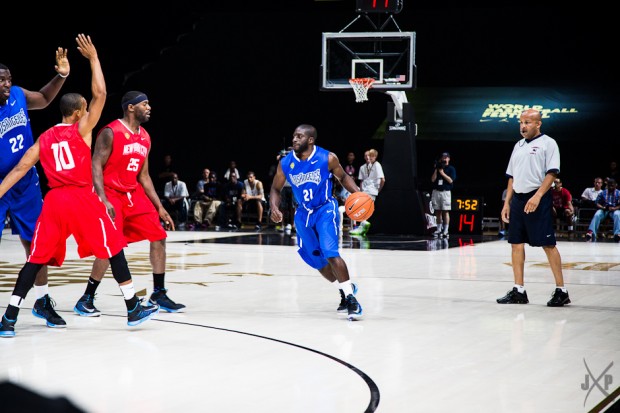 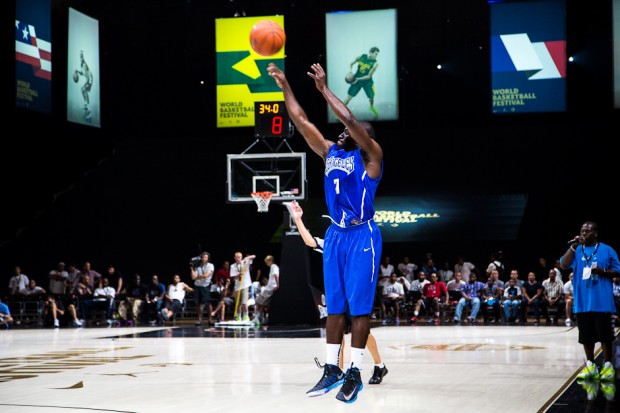 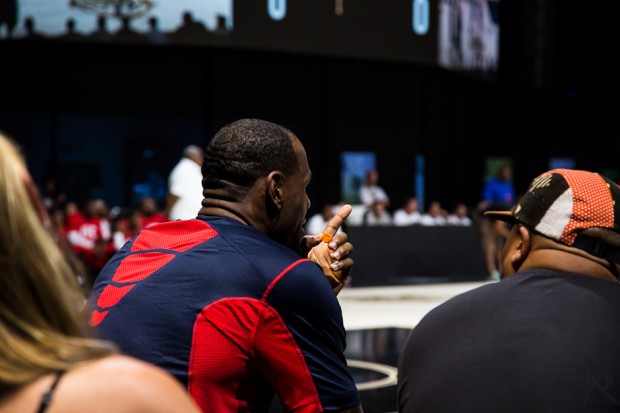 Adding to the celebration was a performance by D.C’s own Wale along with an amazing Nike+ Basketball Dunk Showcase. The contest was judged by the legendary Bobbito Garcia and members of the USA Basketball team, Diana Taurasi, Anthony Davis and Lebron James. The contest had an added criteria to the typical dunk challenge rules that included vertical using the Nike+ technology in the new Nike Hyperdunk. Justin Darlington, better known as “Jus Fly,” took the victory in this regional competition that will continue throughout the summer. 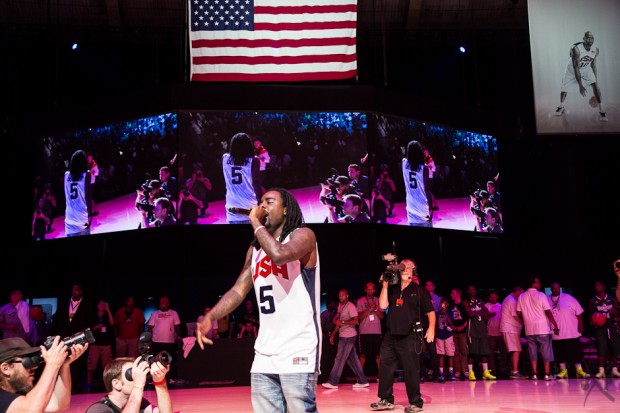 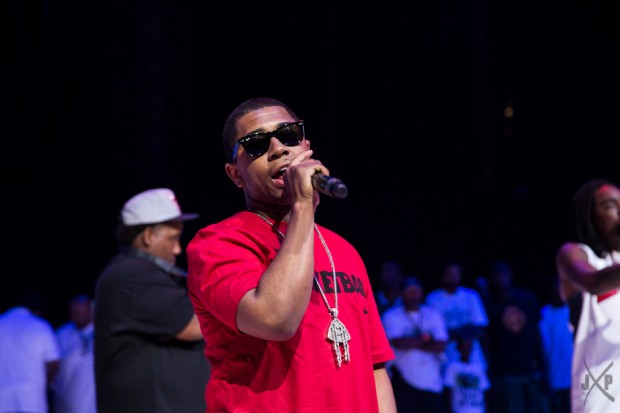 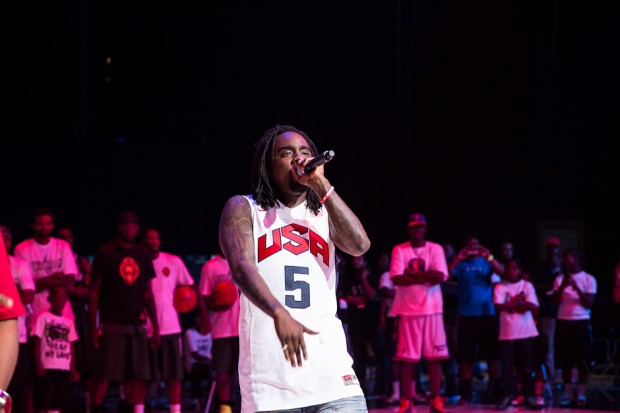 Each week, the pro athlete that issued the challenge will announce the winner, who will win a spot in the final 16. The five remaining finalists will be chosen during Live Dunk Showcases at the Festival of Sport in China (August 23) and in Berlin (August 27), as well as wild cards from the United States, Europe and China. Lebron James will be the official judge for the Nike+ Global Dunk Showcase Finals. 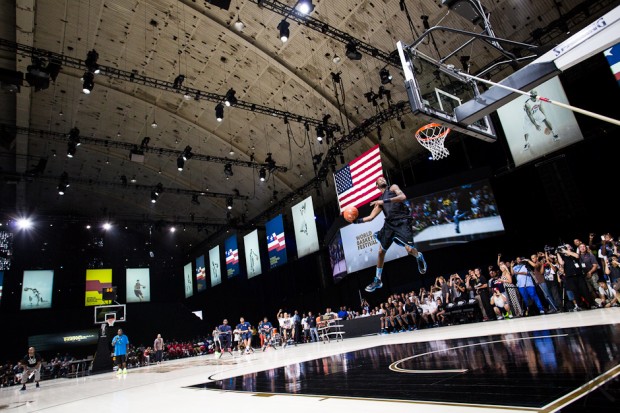 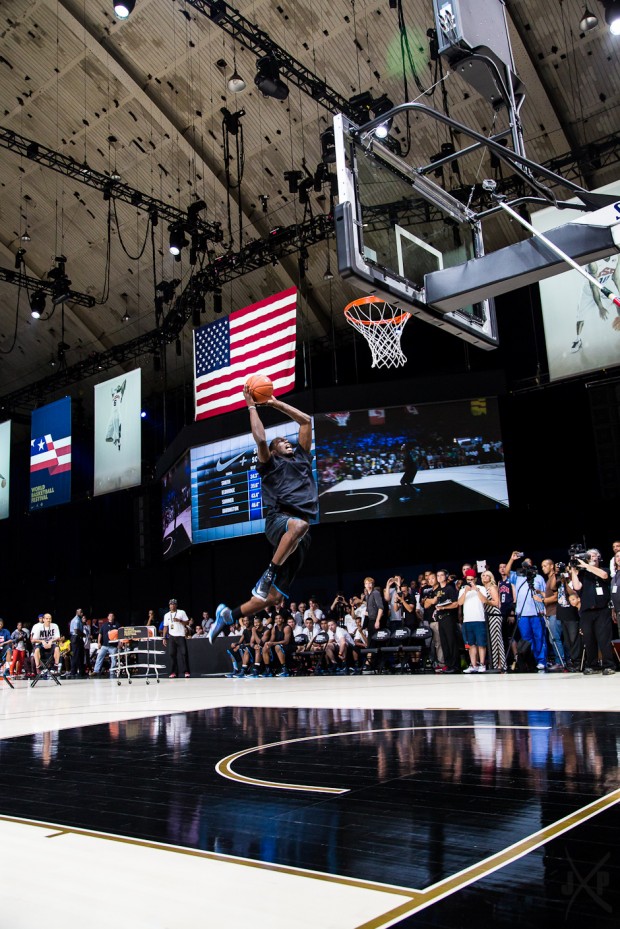 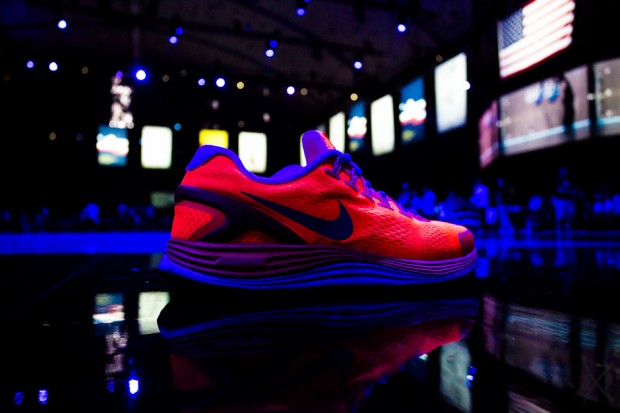 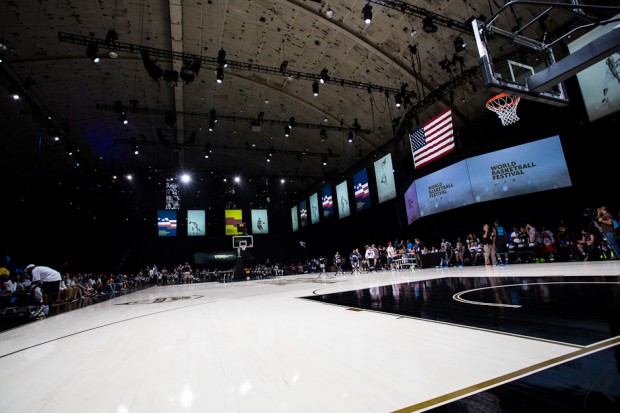 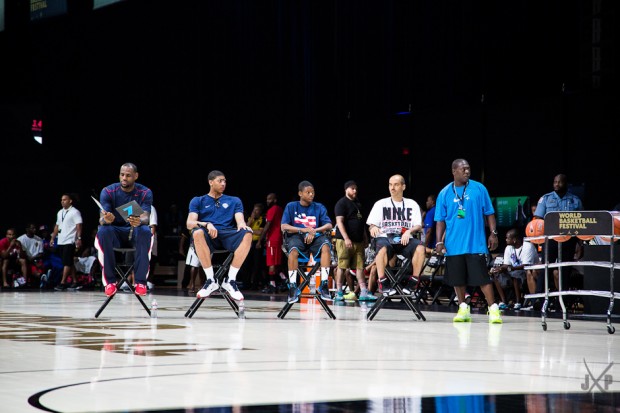 Jus Fly won the contest with an arsenal of dazzling dunks and after the competition he was able to showcase his signature dunk of a front hand spring to grabbing the ball on the ground to in between the legs dunk. 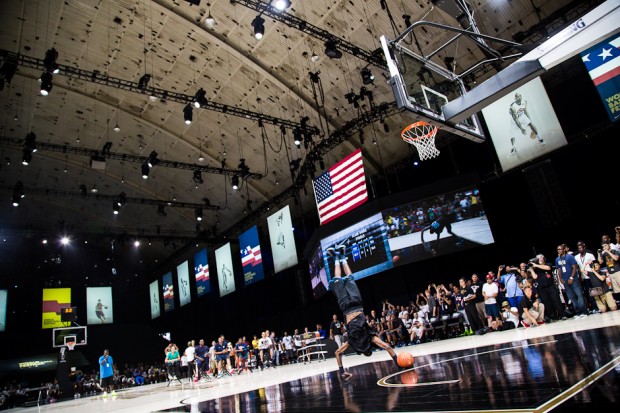 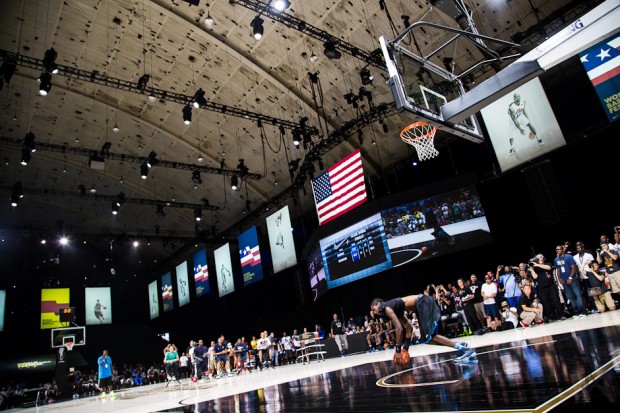 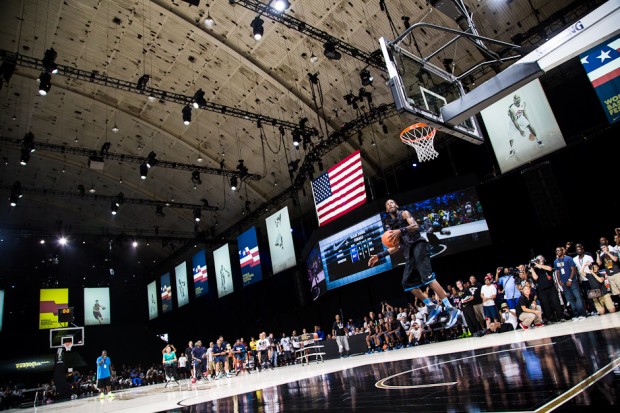 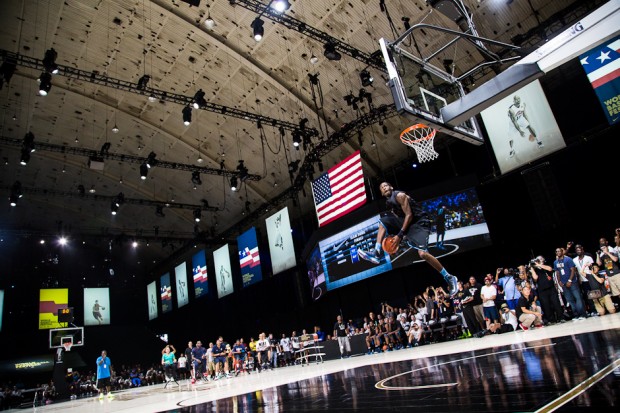 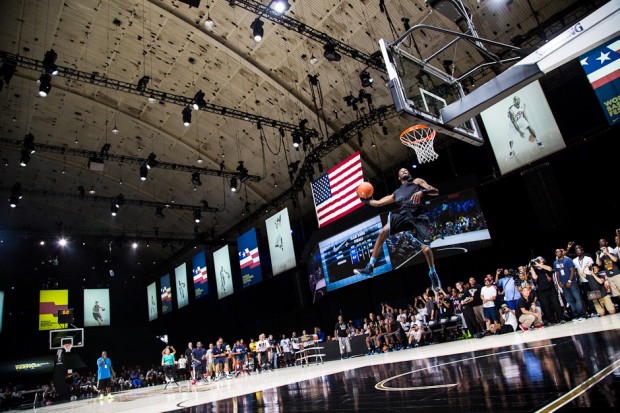 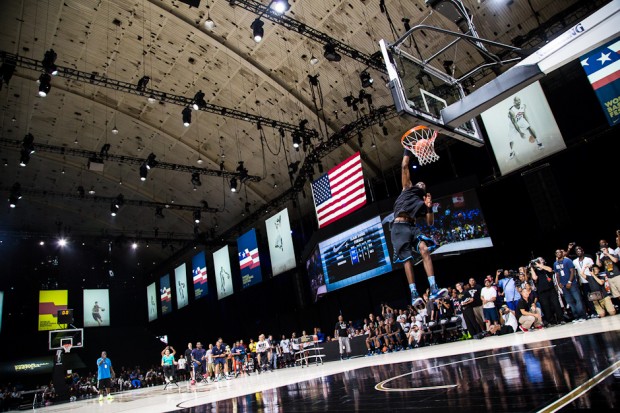 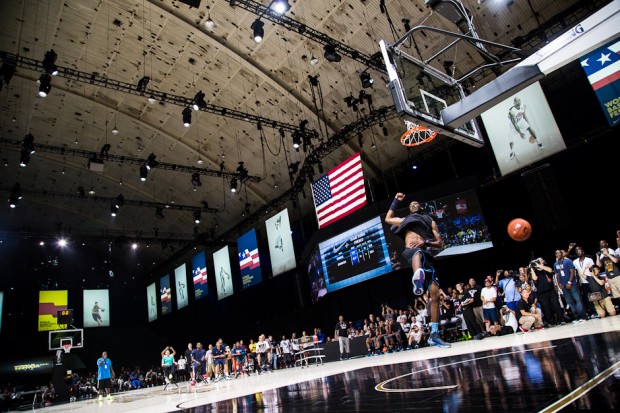 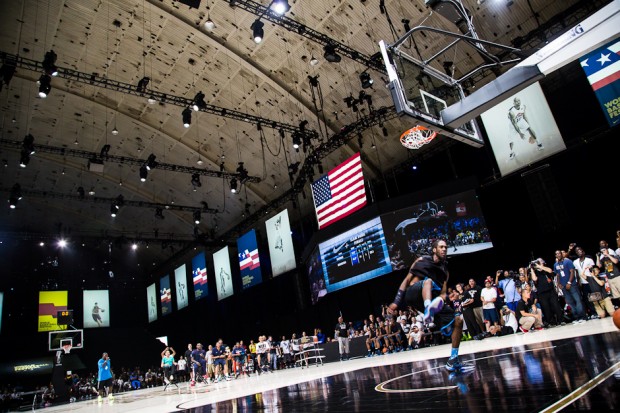 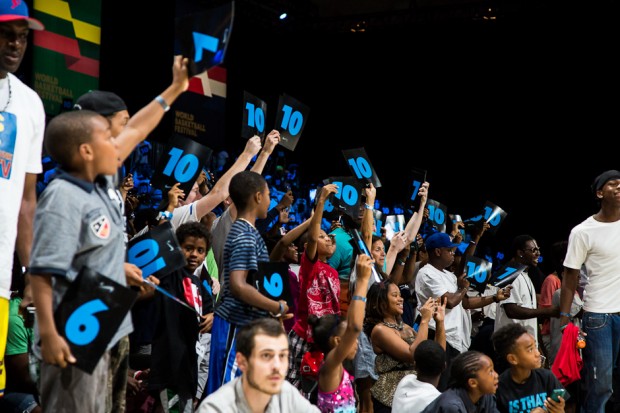 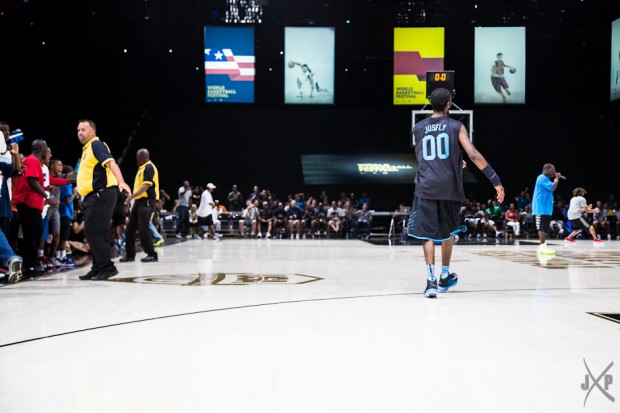 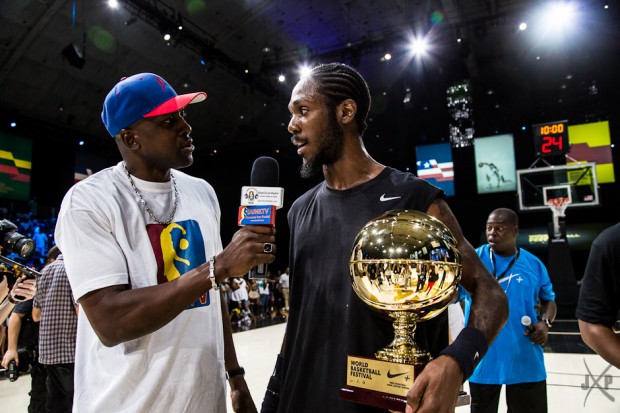