For my final post about Offset Kings Japan I decided to compile the builds which was not featured for the first 5 parts.  Most entries from the different brands had the Japanese influence into it. Enjoy part 6 of my coverage. 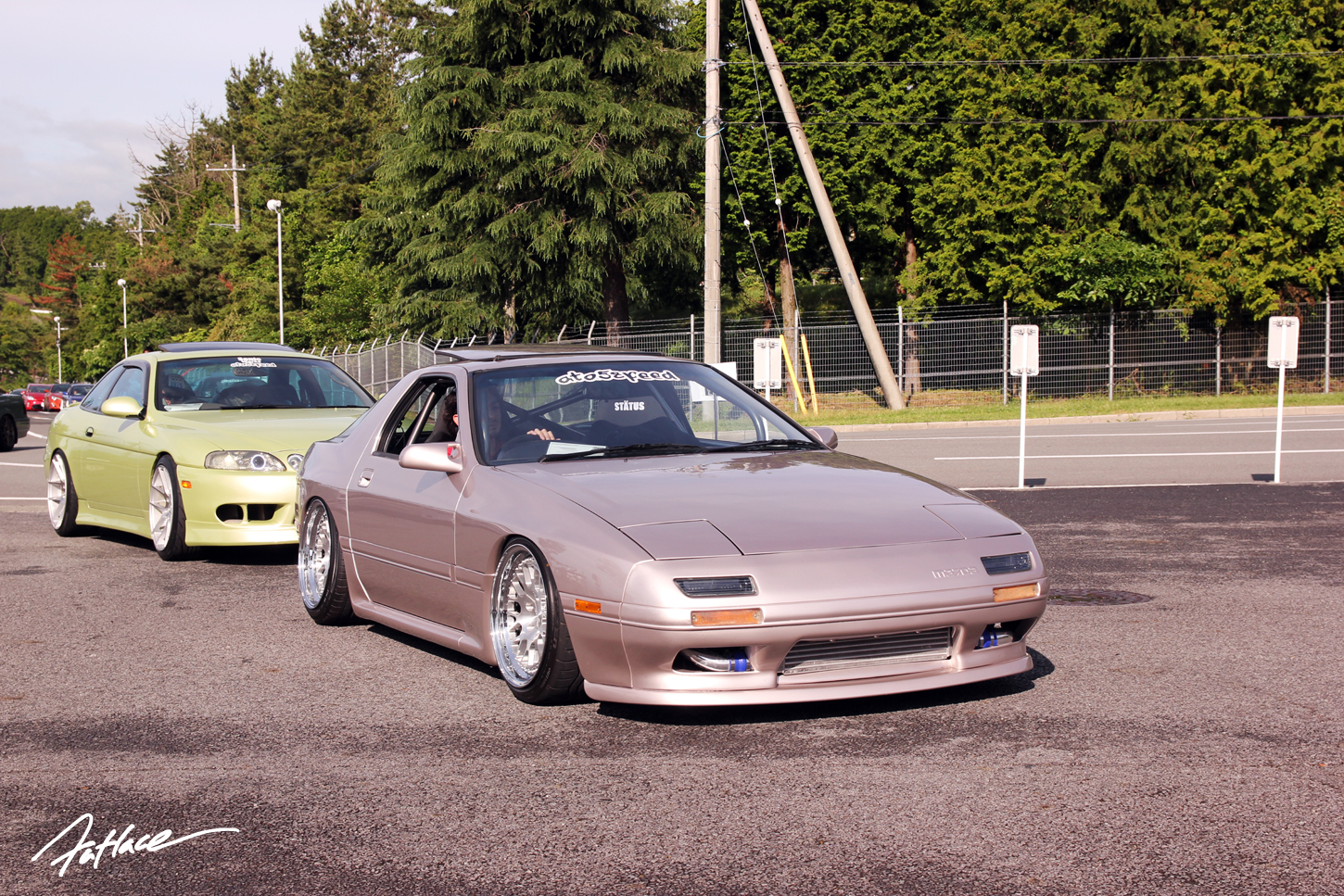 I saw 2 FC‘s during the show, this one had the USDM feel into it. While this RX7 had OEM BMW wheels on it. Rad. 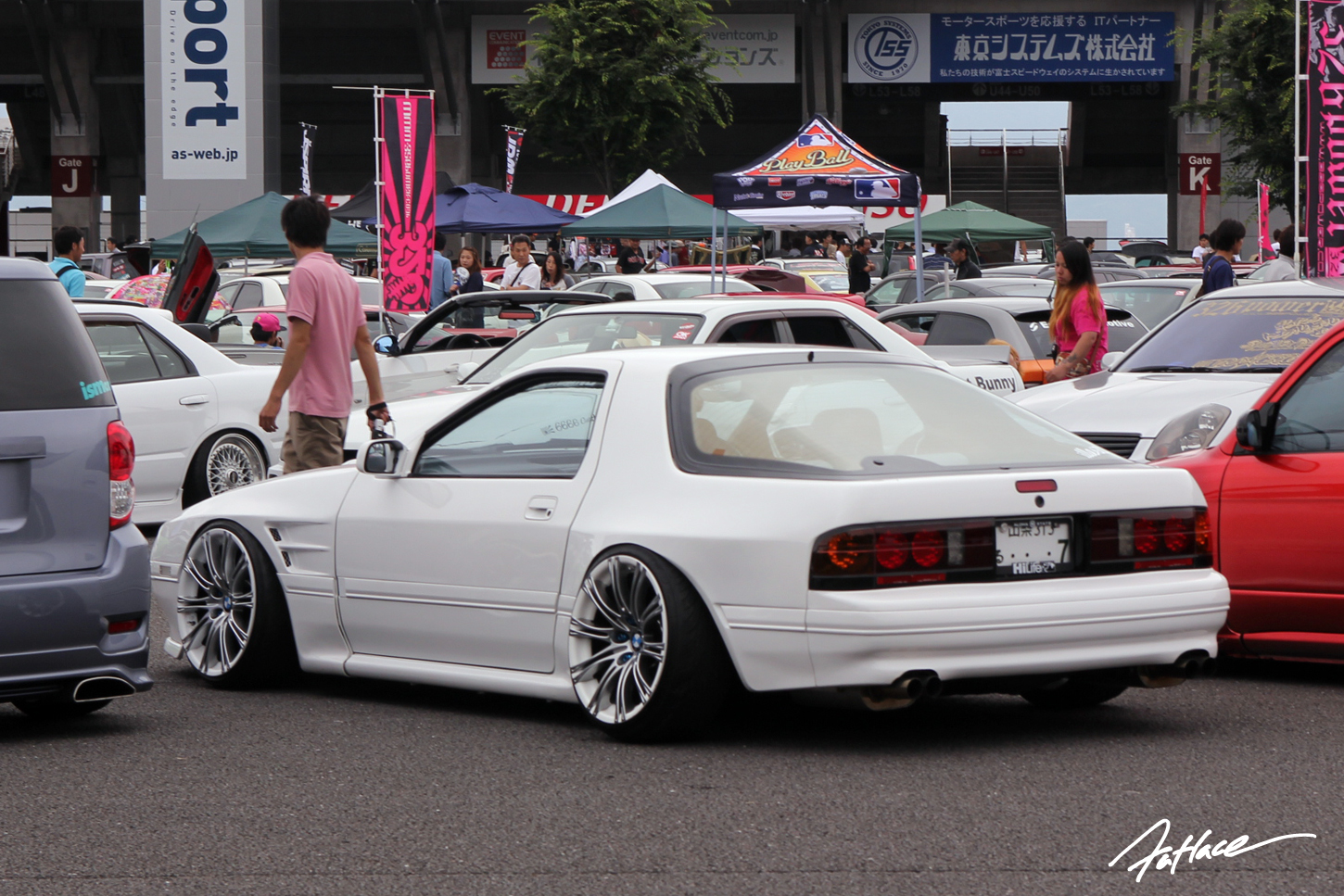 OKJP was also simultaneous with the RX7 meet at Fuji. Check out this separate entry about it: 7’s meet Japan 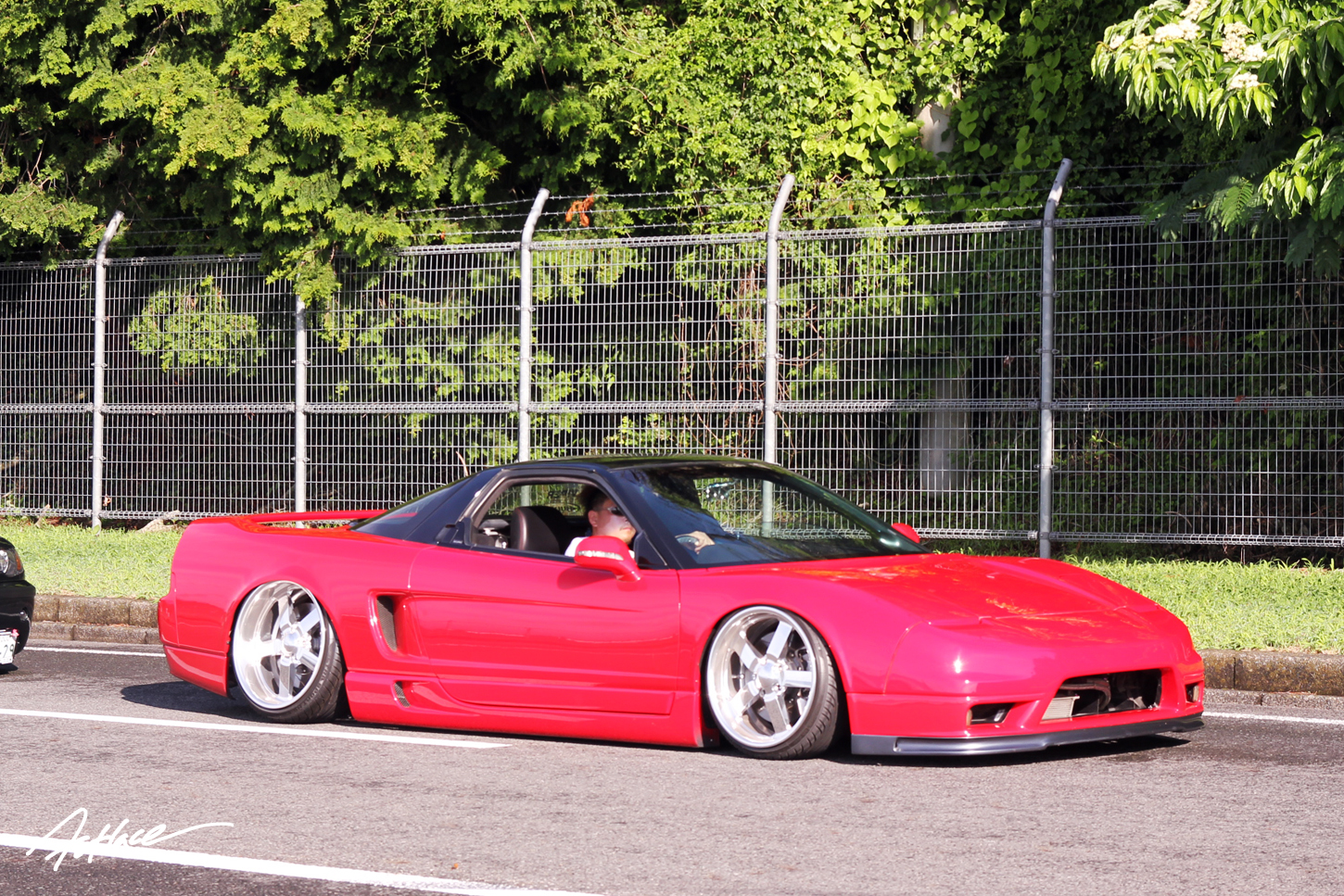 One of the crowd favorites from 2013 was also present, this NSX. Up to now I’m still wondering on his suspension set-up. Their were a few S2000‘s during the event. This one looked simple except for its wild stretch tires. 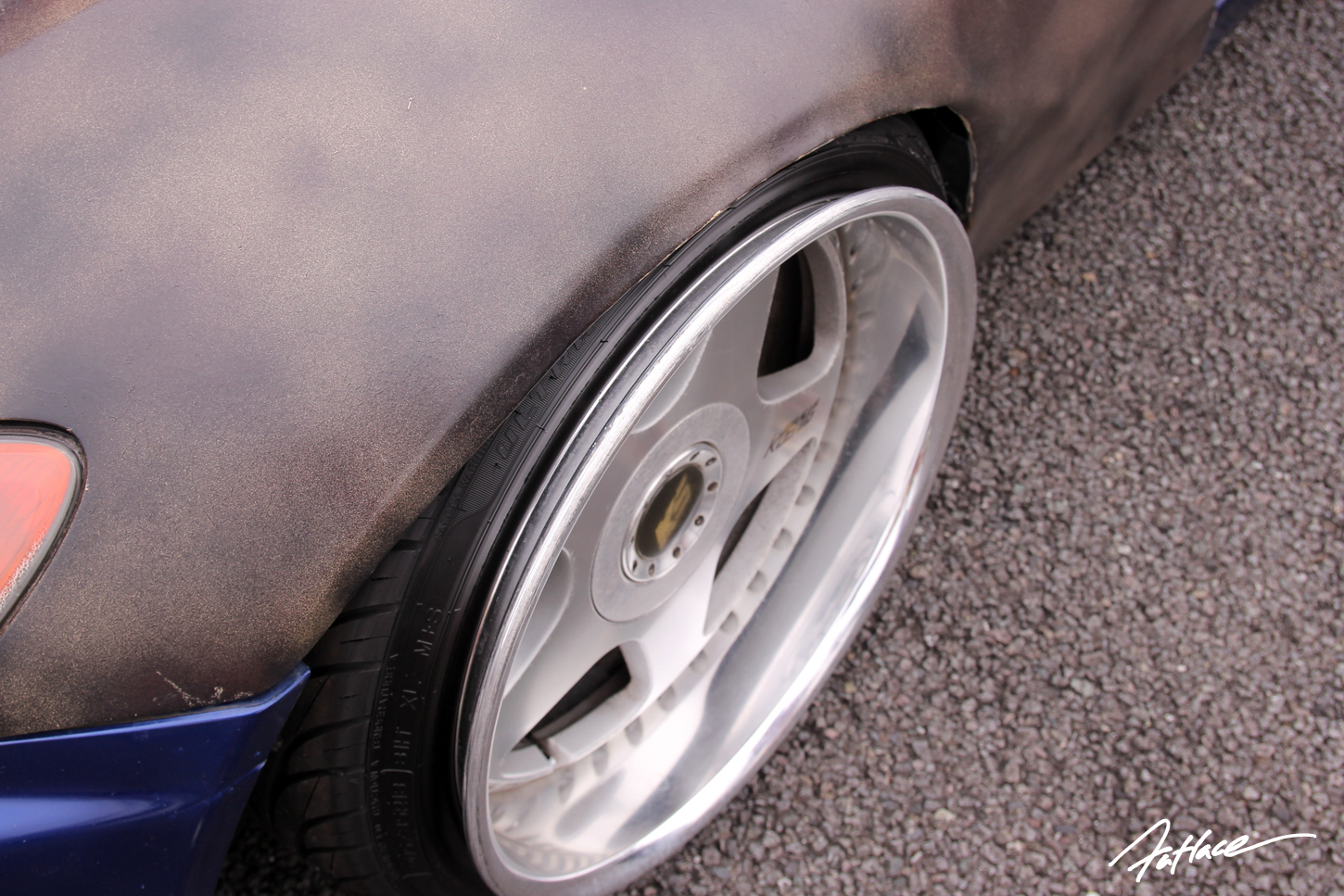 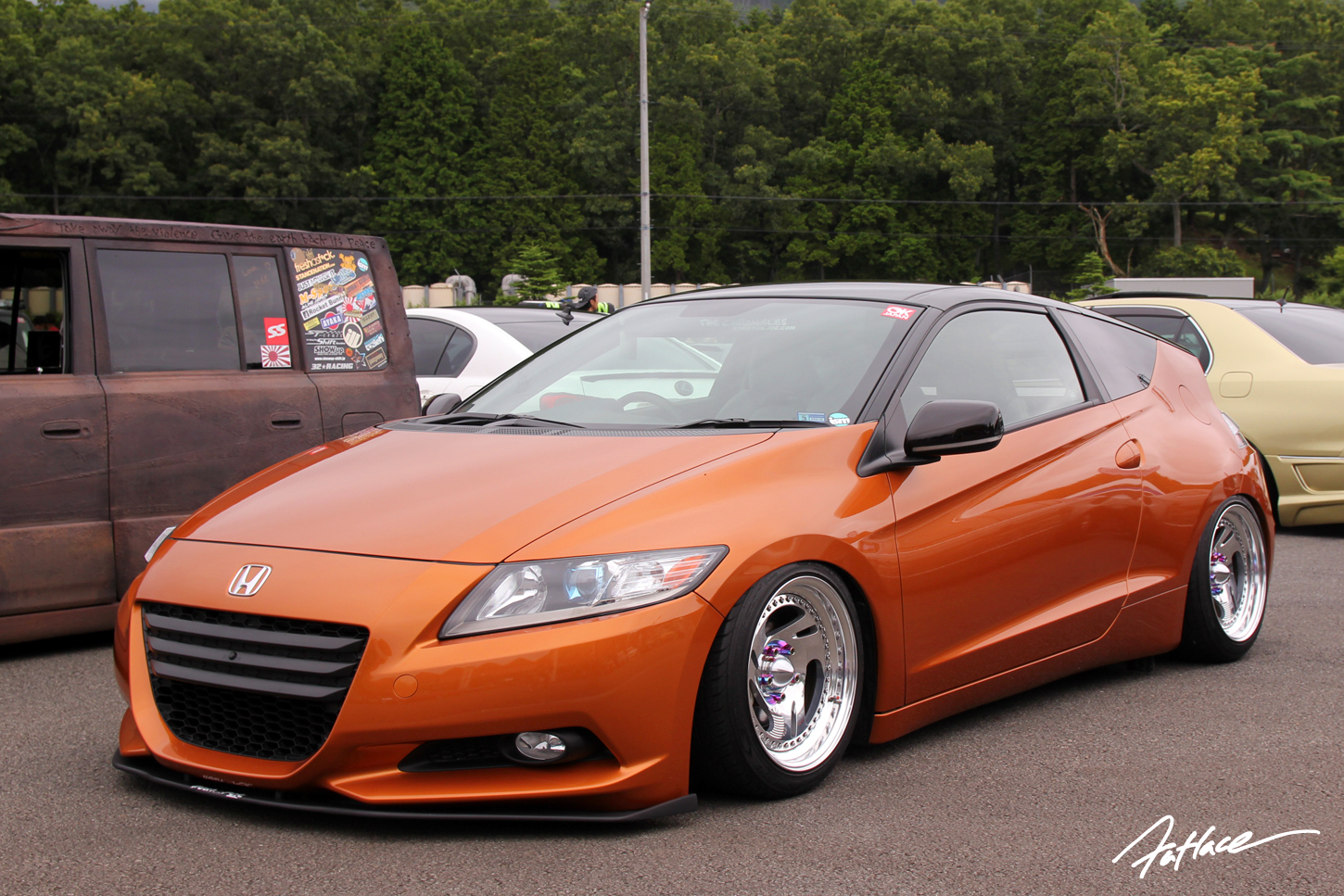 My favorite from the Honda’s, this CRZ. I personally think that the wheel matched the perfectly. 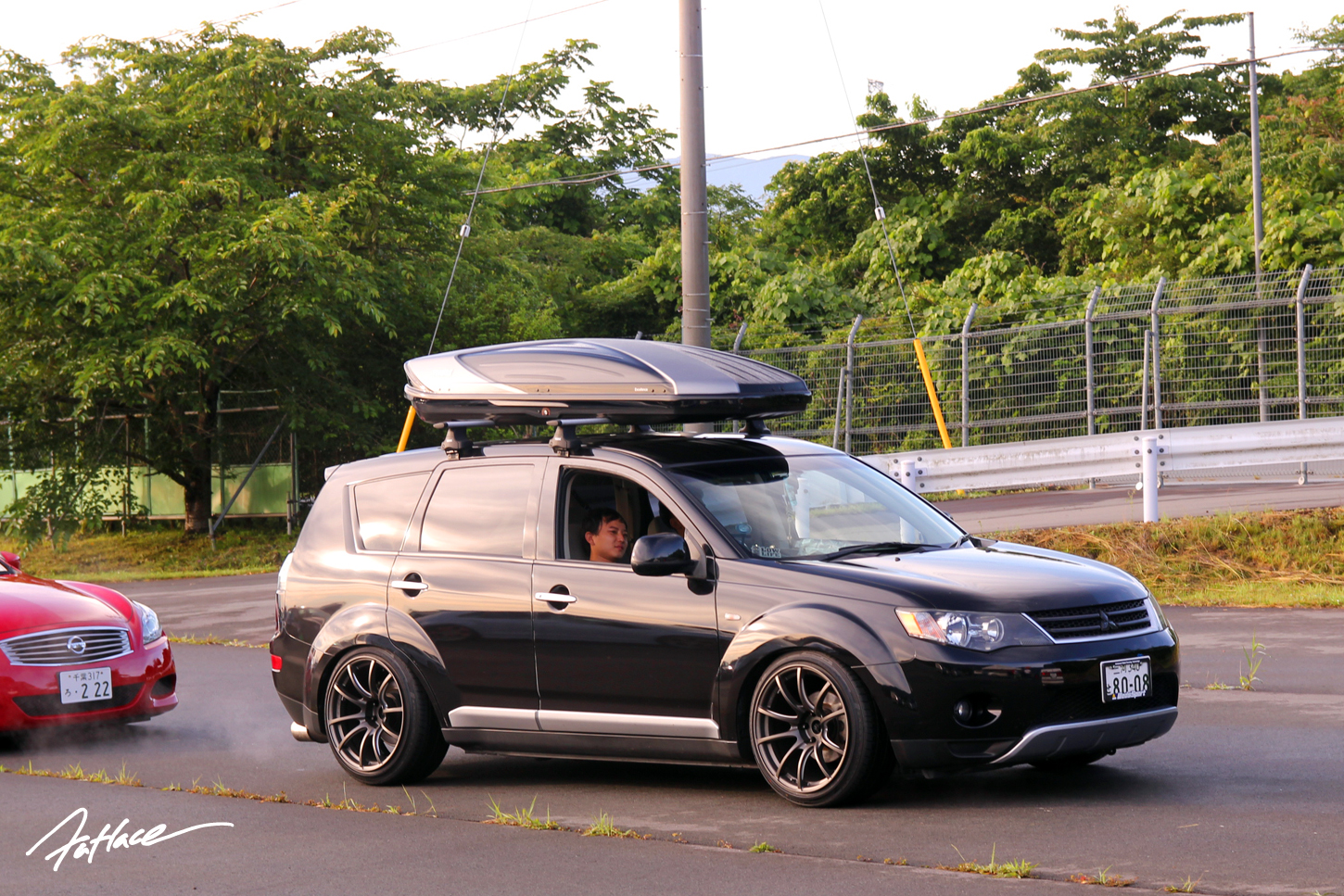 A Mitsubishi Outlander, a popular daily driver in Manila. Modified Kei cars really look good. The Suzuki guys had it going with their own style. 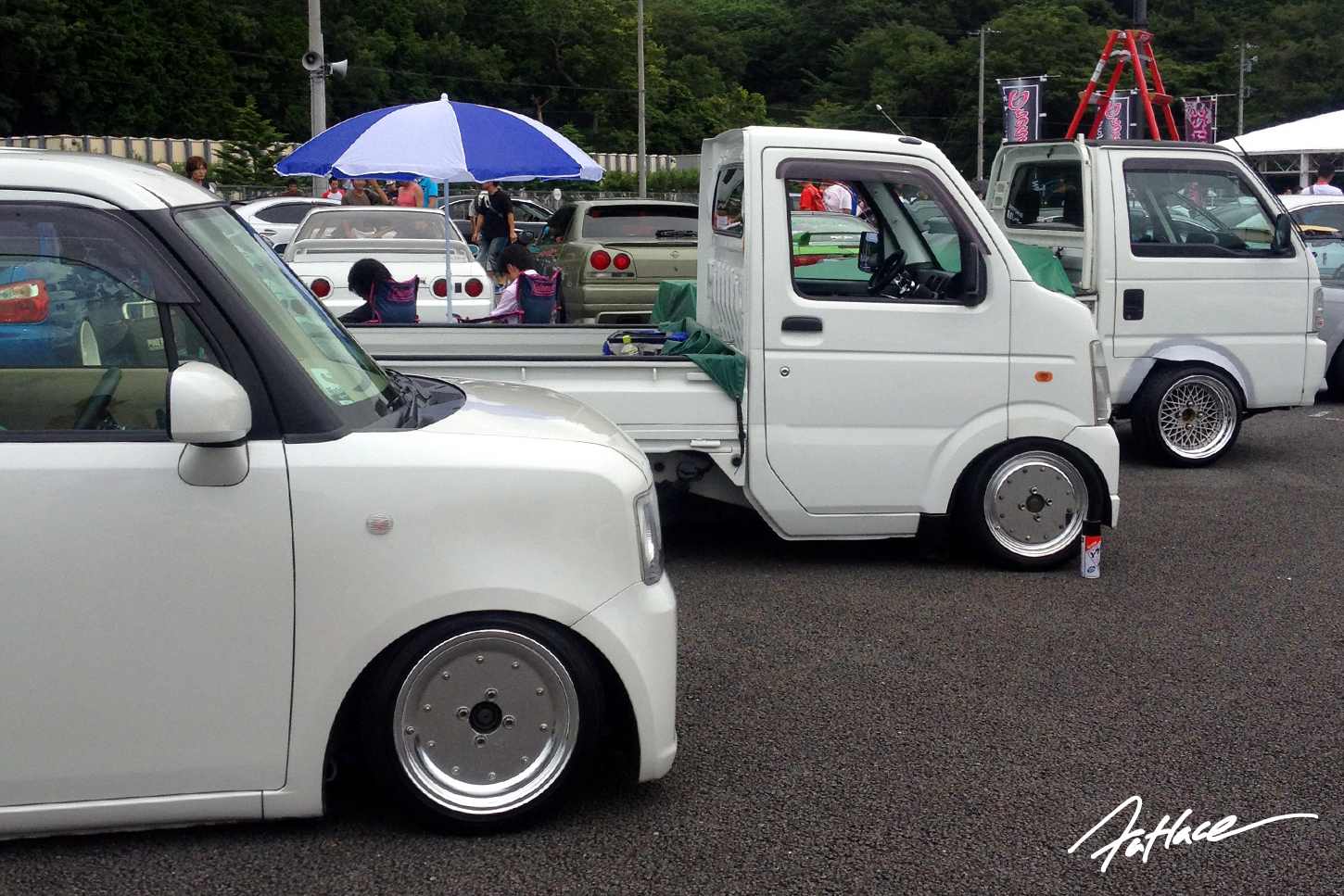 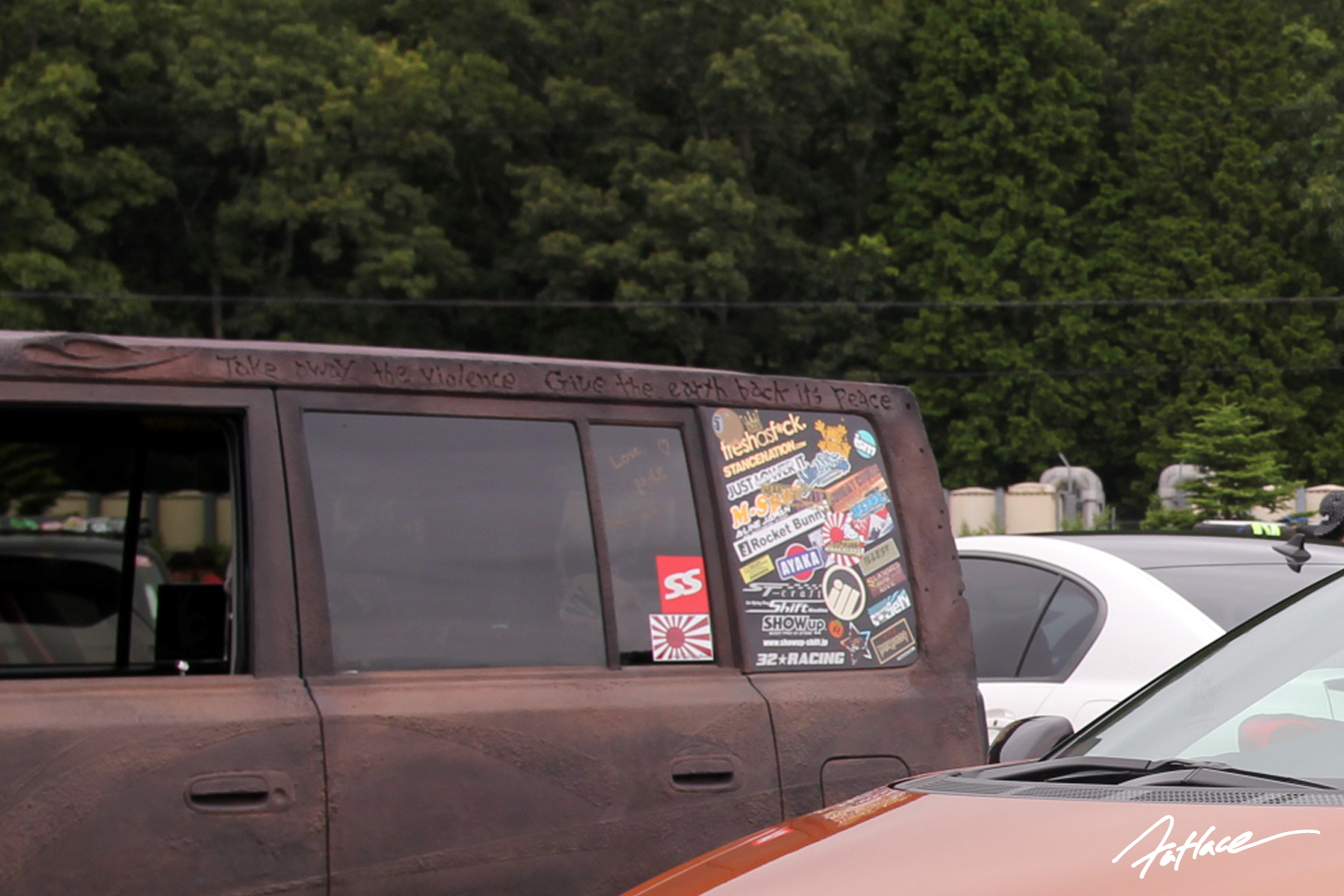 “Its all about the details”, this Scion lived up to that name. Take away the violence give the earth back it’s peace. Word. TE37 in classic and in SL form. 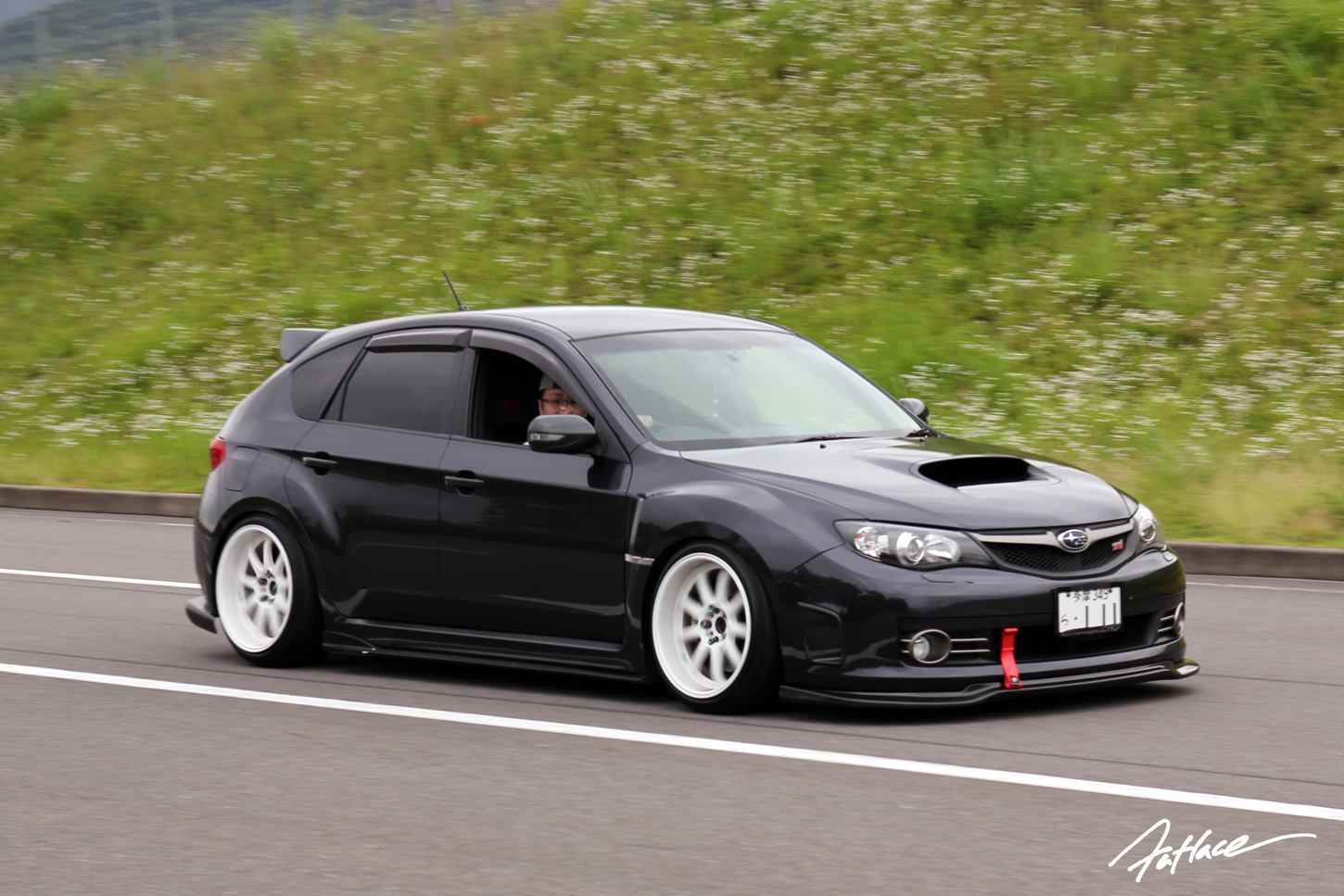 Very good looking STI. I felt that the car was heavily modified judging from sound. 2 girls dropped by the event with their supercars, a modified 430 and a Murci. Japan. 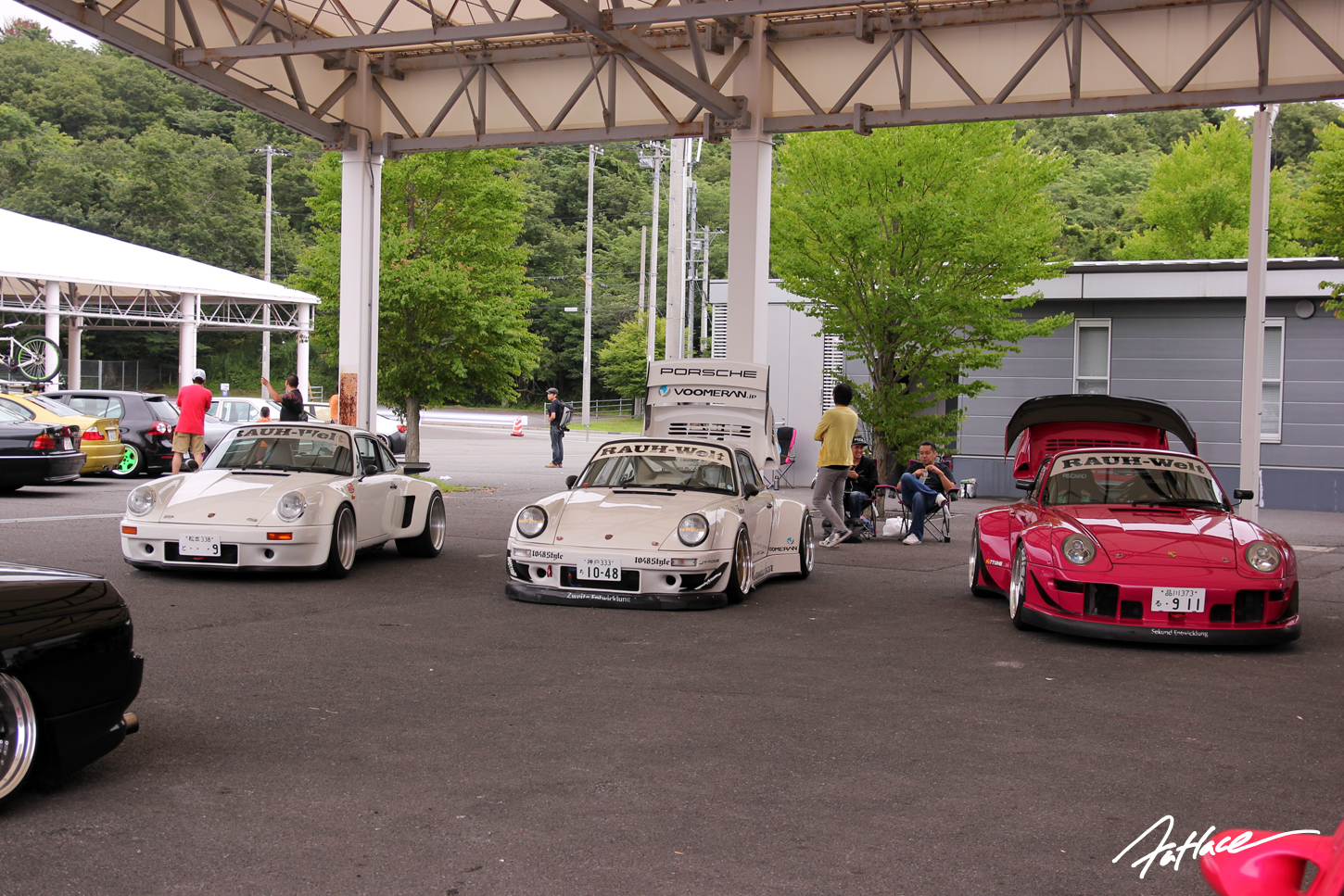 These RWB‘s showcased different styles. IROC, 964 and the 993. Expect a feature on these 3. 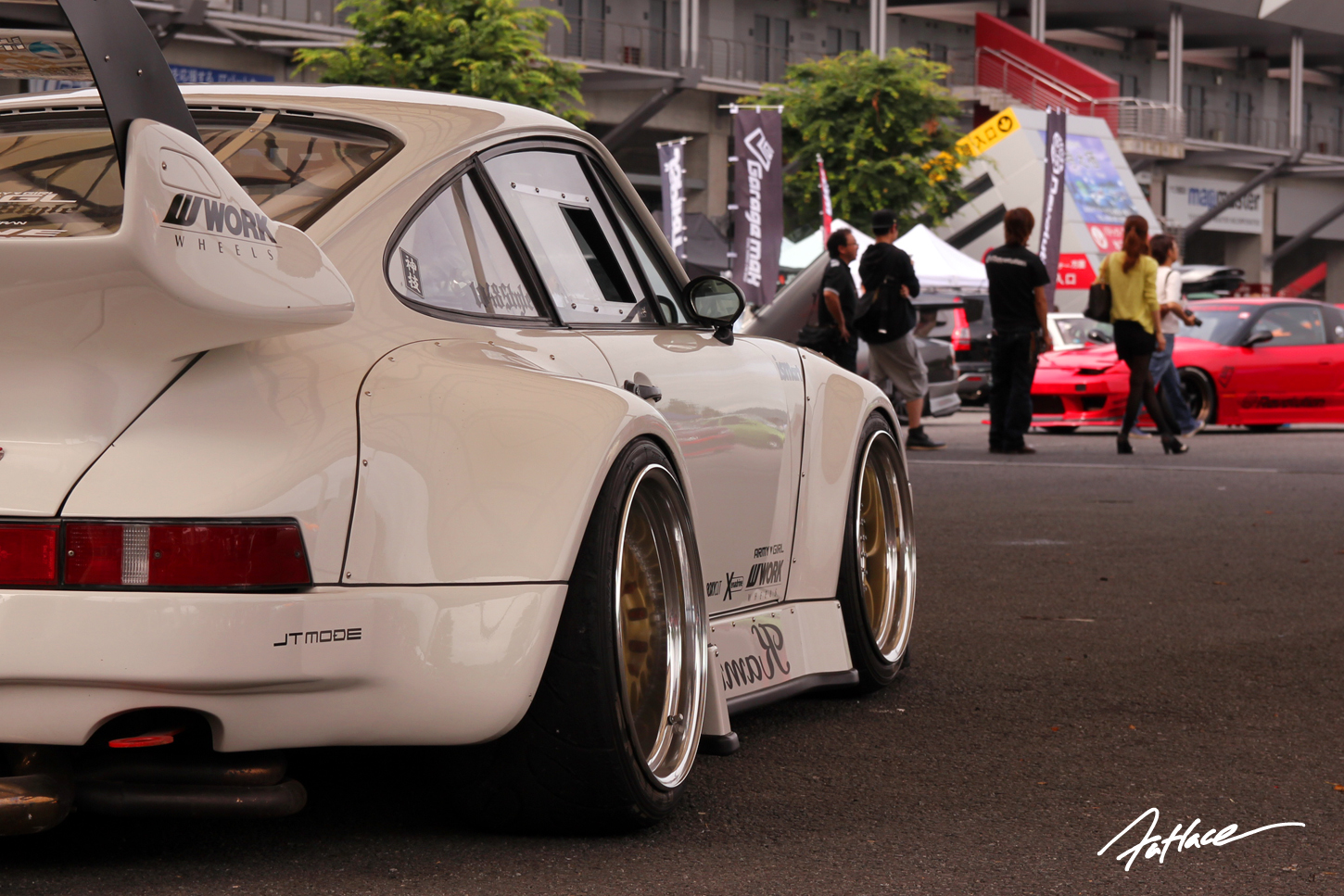 Toshi-San brought in 2 RWB’s, the other one (Rough Rhythm) was displayed during Formula D. Again, feature soon. 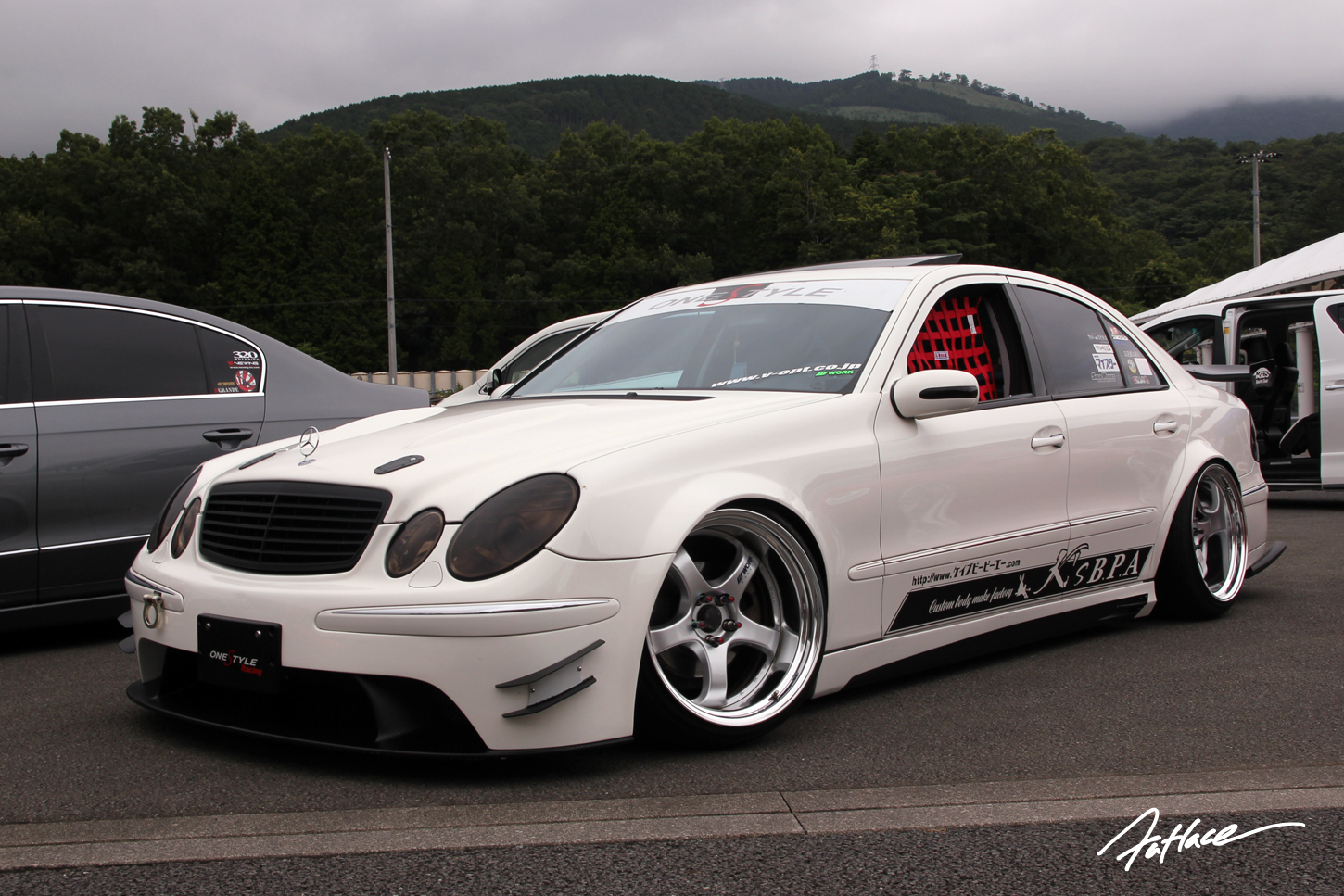 This W211 Benz was tuned in a different way. It had the kanjo-street racer vibe with a VIP touch. Very unique. Kei Muira’s creation the Sarto Racing Racing CLK was also on display. I had a small chat with the owner during the event, expect an engine swap very soon. The car looked wilder in person. These types of builds shows that Japan is always one step ahead of the rest. An E46 coupe from N-Style. Not! Look closely. One of the wildest conversions I’ve seen. From all the Euro’s I had a hard time on choosing my favorite, it may be this E46 sedan. Or this timeless E30 wagon. Which one would you go for?

Hope you enjoyed my 6-part coverage of Offset Kings Japan. Be back in a few days.