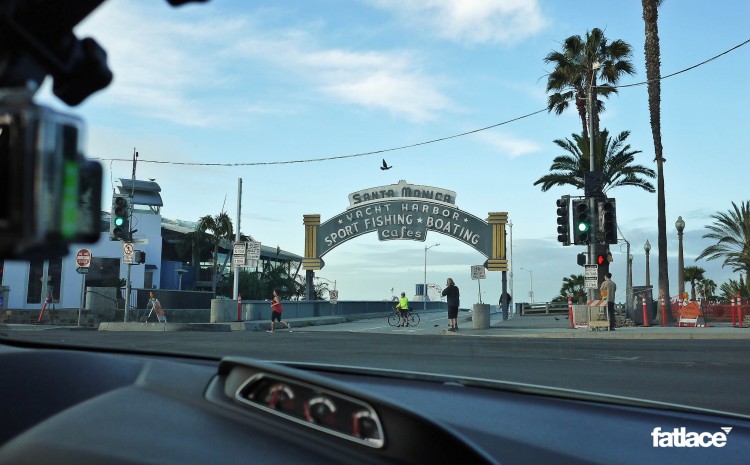 For the past several years, it’s been a ritual for Fatlace to put on one of the most highly-anticiapted car shows of the year. In conjunction with Formula D, the streets of Long Beach has been our jumping-off point into the car show season. It’s a big treat for us because people come near and far to showcase their rides they’ve been working on during winter. To many it’s more than a car show, it’s a yearly reunion, an excuse to see car friends and a great reason to meet new ones. 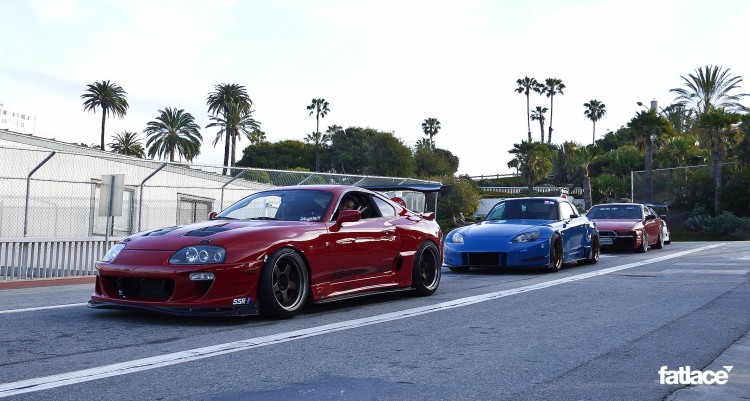 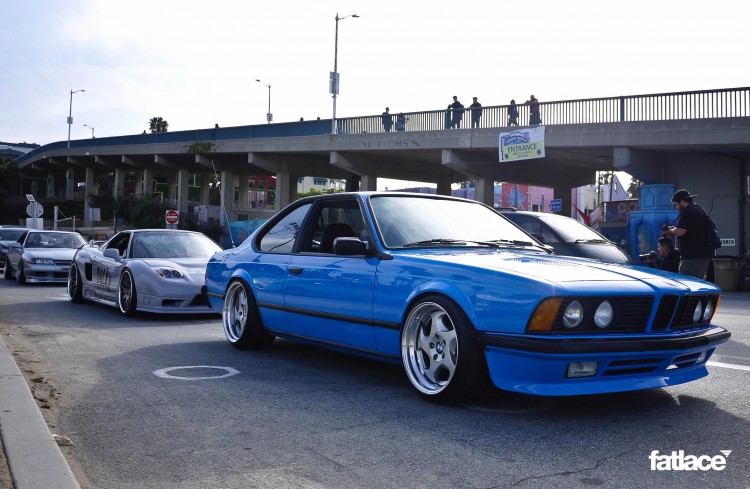 This year, things were a little different because Scion had dibs on the location where we usually have the show. We weren’t going to let that stop us, so we took this opportunity to throw an OG meet similar to one we’d throw back in the day. We figured that Santa Monica would be the spot, because it was right off of PCH, there was a lot big enough to accommodate such a meet, and we were next to the beach and the iconic Pier. 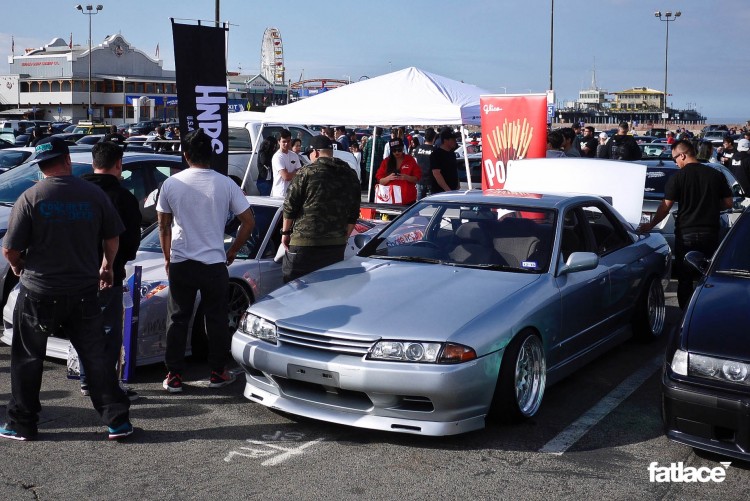 No pun intended, but it was a treat to have the folks at Glico USA come through and hand out snacks. Cool cars, great weather, chill vibes, and POCKY?! How can you go wrong? 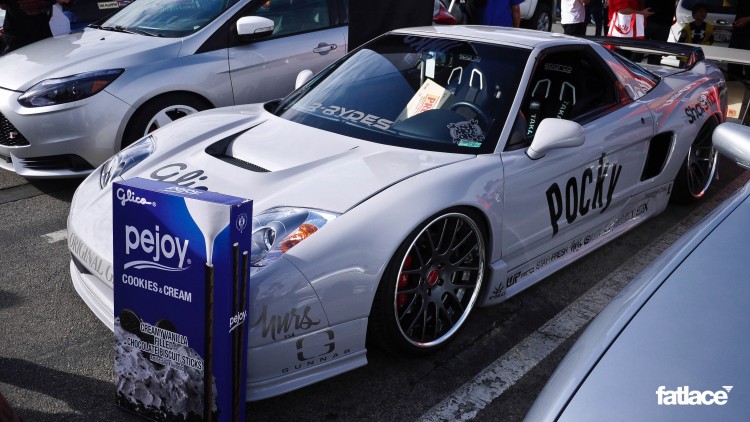 The start time of the meet was supposed to be at 8AM and to our surprise there were many people there who showed up way earlier than that just to secure a spot. There were a wide variety of cars and every ride had something unique to it. 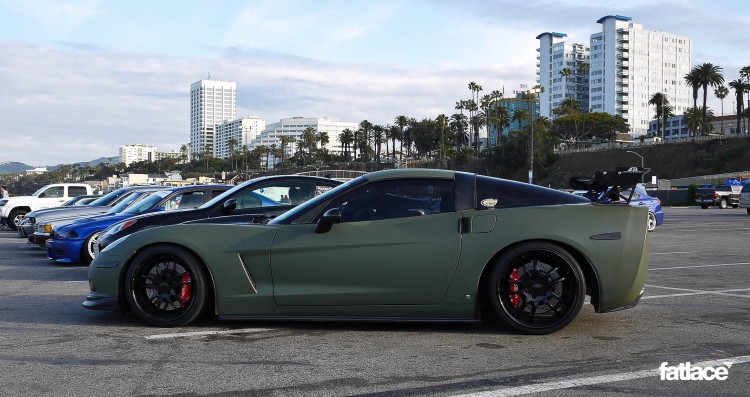 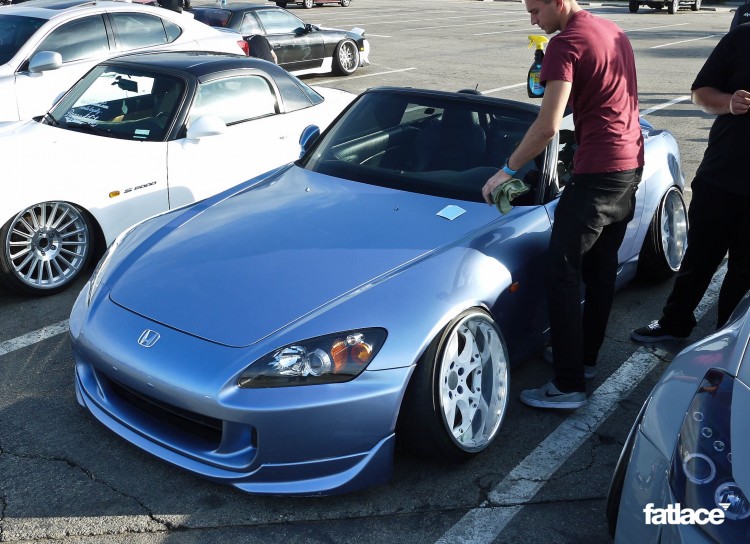 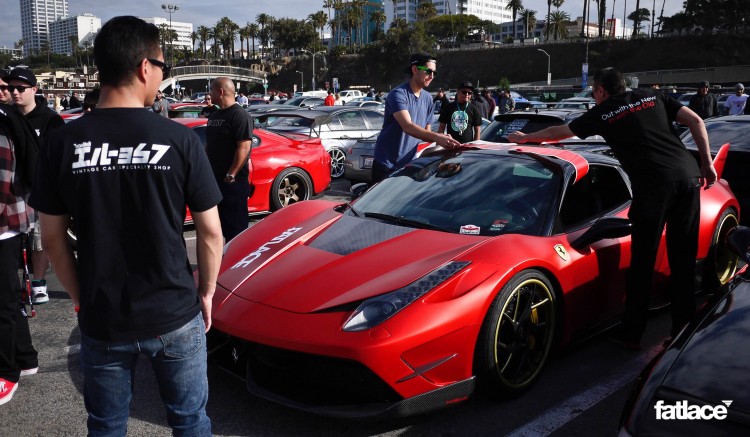 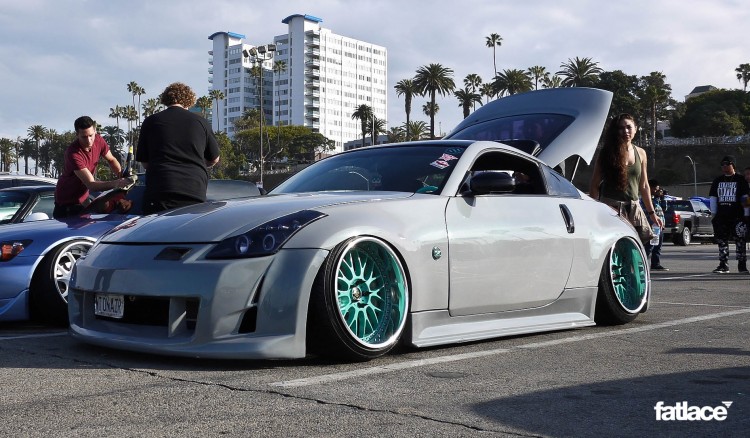 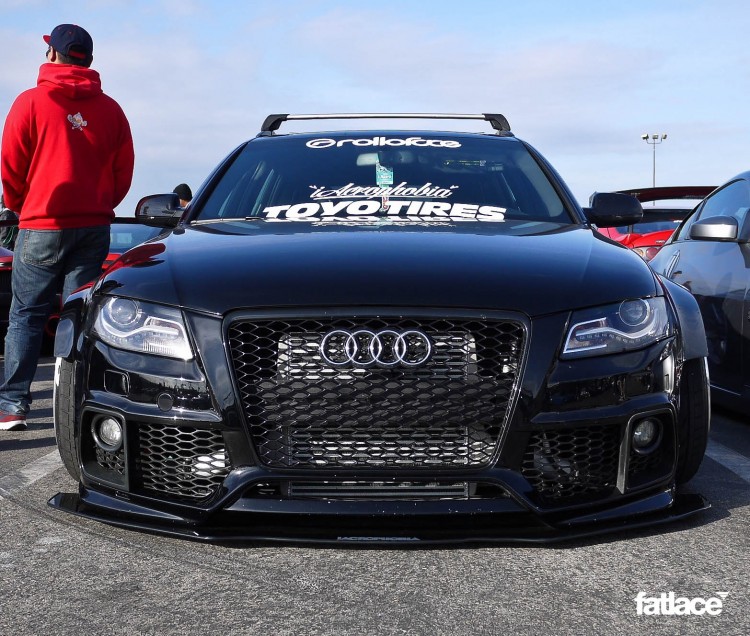 I know what you’re thinking and the answer is no. The Mustang did NOT lose control and run into a group of pedestrians and the owner was a cool guy. 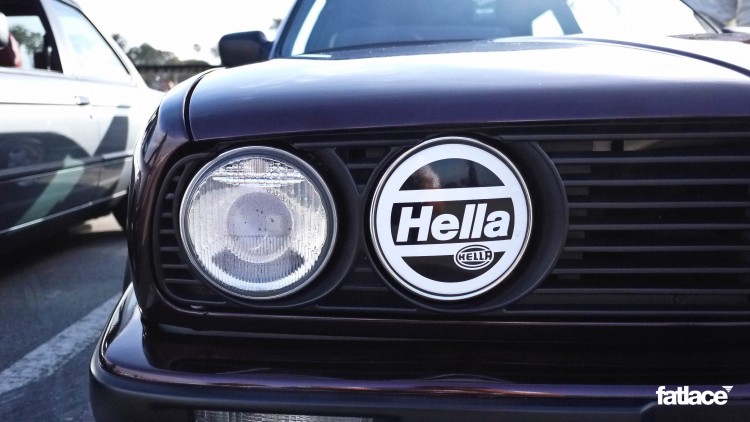 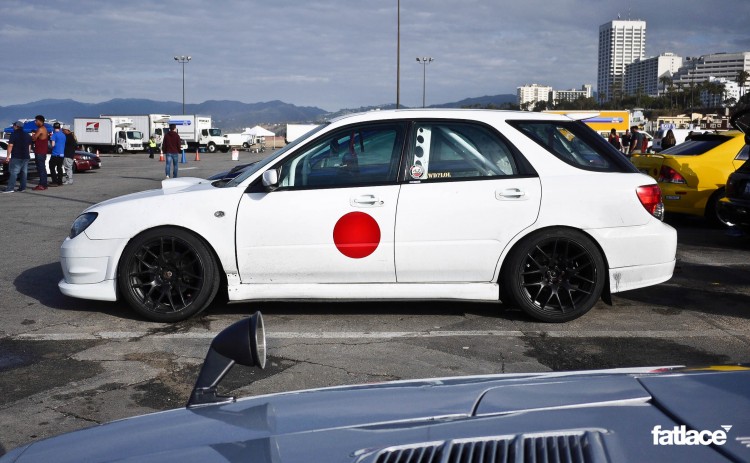 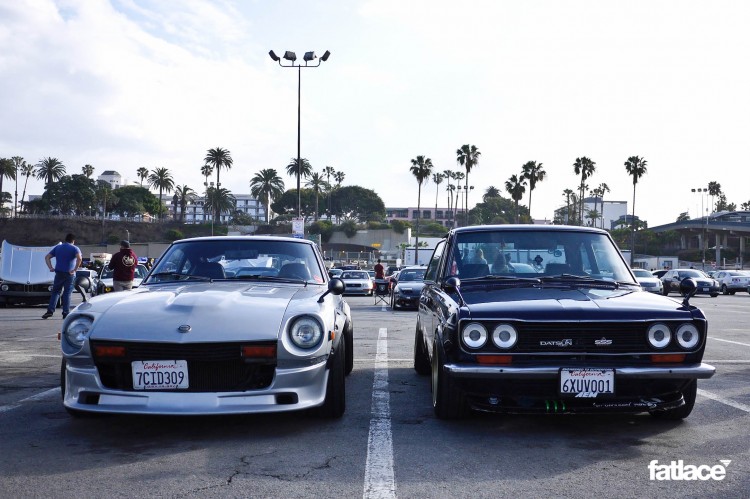 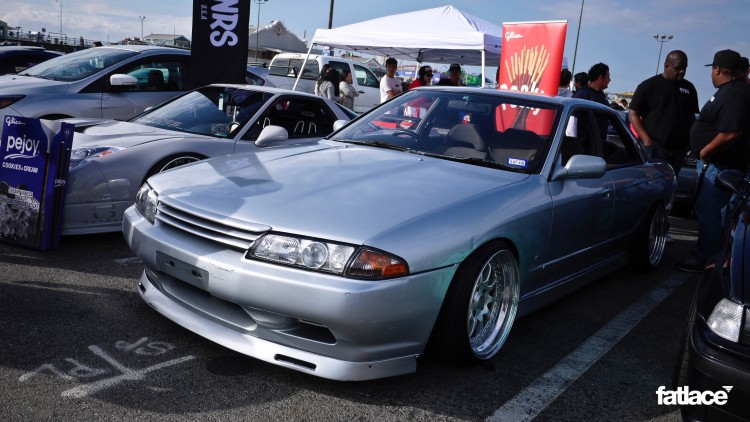 The meet had a great turnout, we nearly filled the whole lot! We were pleased to see a lot of familiar faces and to catch up with the progress of their projects. Shout out to the attendees for being respectful and co-operative. The cops didn’t hassle us at all and that to me is a major win. Thank you again to all the people who walk up early and drove to kick it with us. We appreciate your continued support and we look forward to seeing you all again!