The first KB Gymkhana video took the world by storm in 2008 and have left automotive enthusiasts wanting more every time a new video dropped. Every year, it seems like the videos just keep getting better and better and the stunts more amazing. I personally think that Gymkhana 5 was the most anticipated one to date. A few months ago I had heard rumors of Ken possibly shooting somewhere in the Bay Area, I had no idea he would be shooting in the heart of San Francisco. When I found out it was confirmed, I wondered how one man could basically shut down the city for about a week and do basically what every man, child, and woman have dreamed of doing in their own car around San Francisco. I know I have thought about drifting Twin Peaks or busting donuts on the Bay Bridge at one point in my life, actually I still dream about it. Well if you have been living under a rock for past couple of days and don’t know what i’m talking about, take a look at this…
[youtube]http://youtu.be/LuDN2bCIyus[/youtube]
About 2 months ago, the FTLC crew was invited to come along with Ken and team during the filming of Gymkhana 5. It’s not everyday that you get a chance to witness and shoot something this awesome in your hometown. We basically got a front row seat to the action and got to see what it takes from a production stand point to pull off a film of this caliber. We didn’t go to every location but I did manage to snap a few shots of the action. 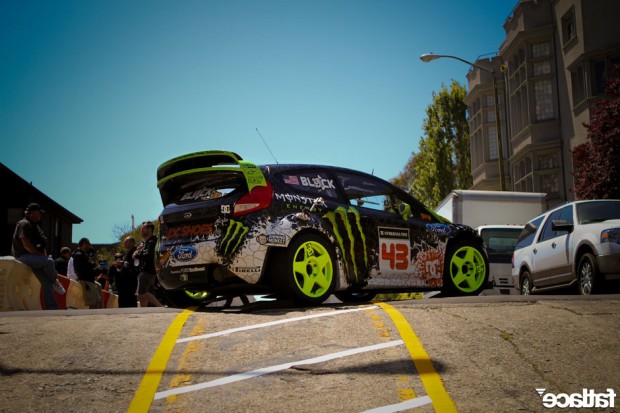 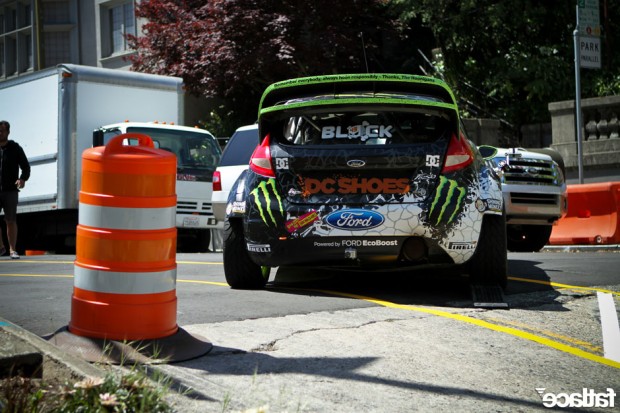 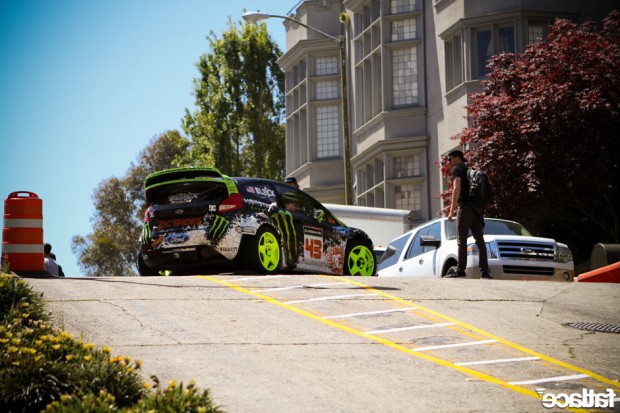 Ken’s car was stored at the Fatlace Paddock during downtime, it was pretty crazy seeing this car in person. Everything from the motor to the insane suspension setup is top knotch. We had a chance to chat with Block’s crew about the car in general and let me tell you what, those guys are amazing. They know that car like the back of their hand and could probably repair any part of that vehicle in their sleep. 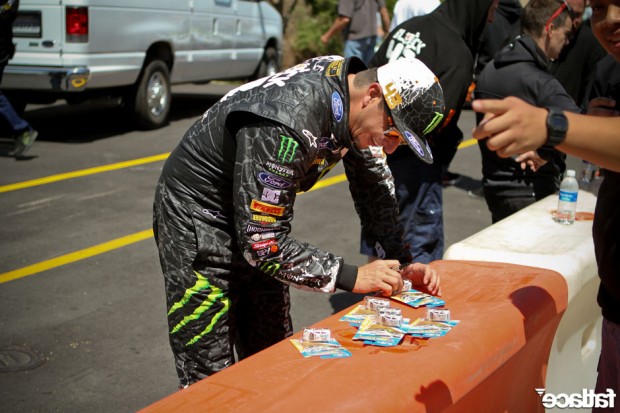 Our buddy Dat came up from LA for the shoot and came prepared with about 10 KB Hot Wheels waiting for the perfect chance to get them signed by Ken himself. 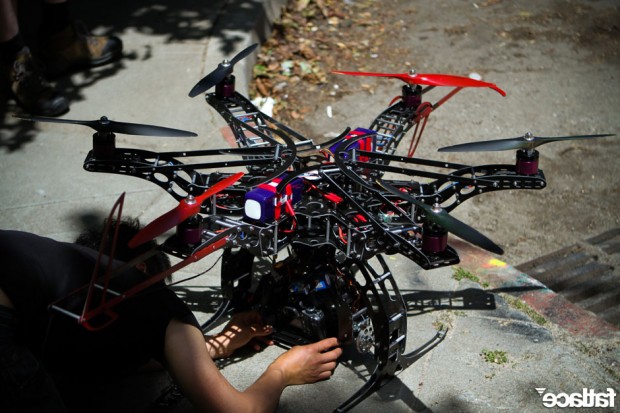 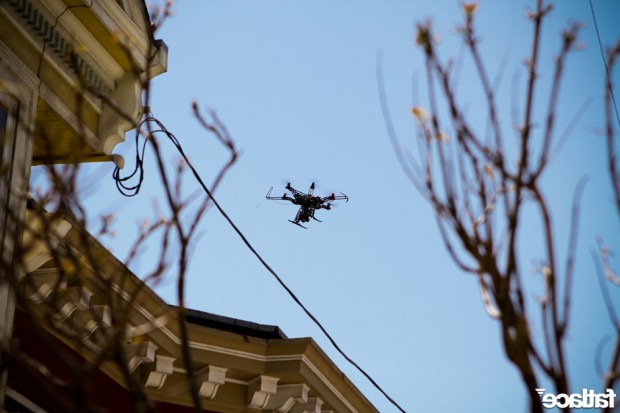 Wonder how they managed to capture those awesome aerial shots? Just attach a Mark III to a remote controlled heli. No big deal. 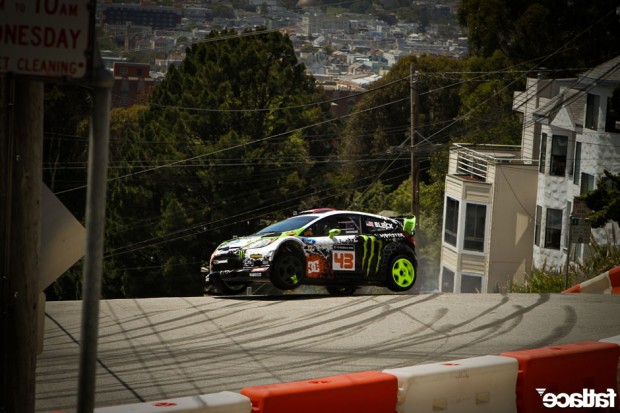 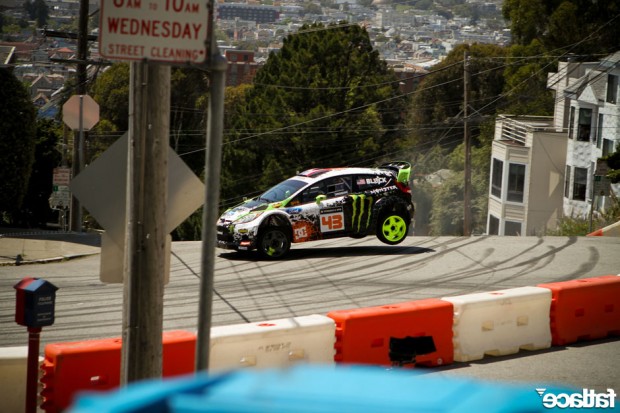 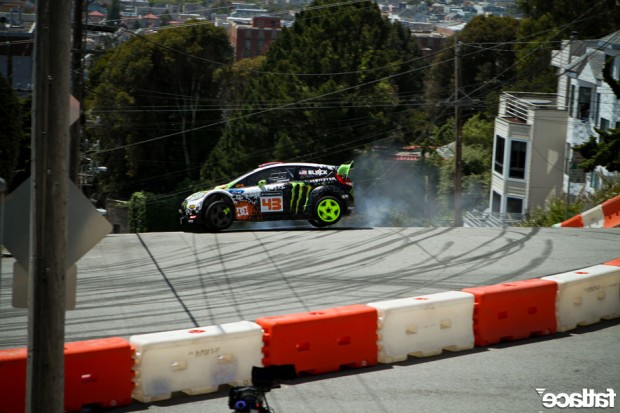 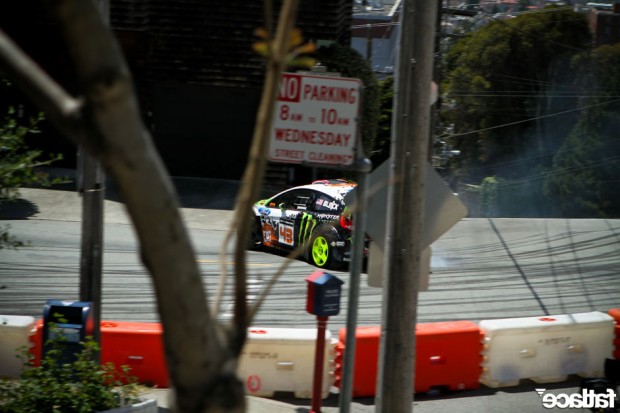 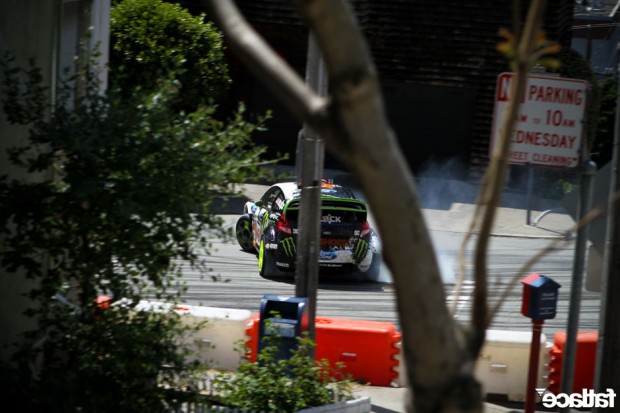 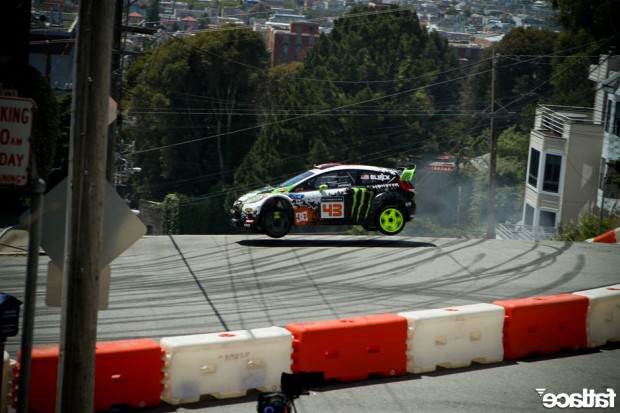 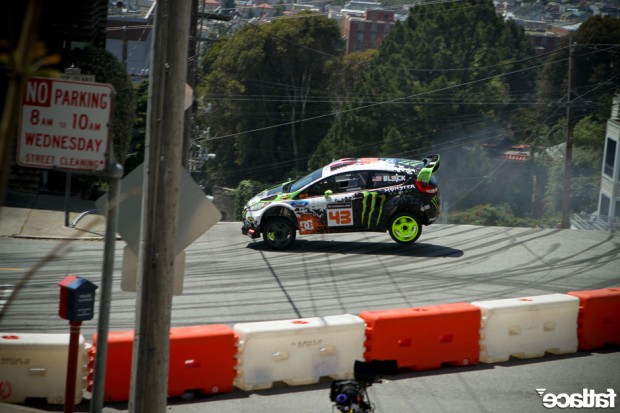 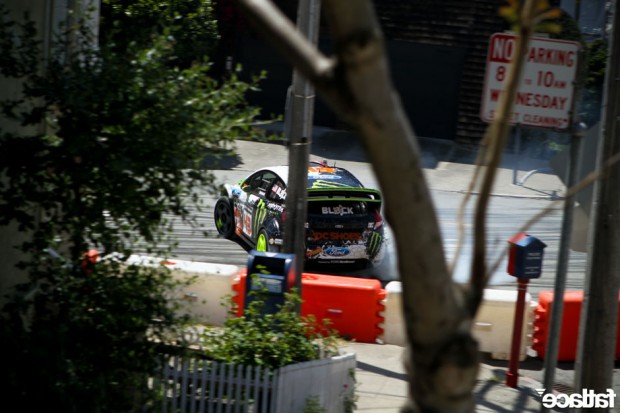 The Potrero Hill location was insane. Jumping a crest sideways? On the street? In broad daylight? Legally? Yup, Ken did it. Overall, this was an awesome experience. I met a lot of talented people and got a chance to see for myself how something this awesome gets put together. A huge thanks to Ken Block, Brian Scotto, and everyone involved for having us out there. This is something that I will remember for the rest of my life. 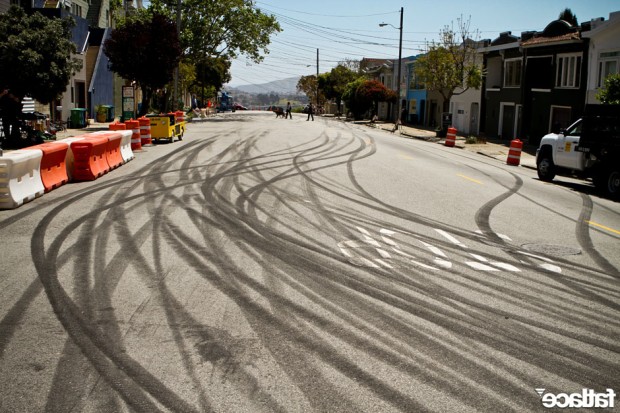