Just last week, I decided to solidify a trip I’ve been wanting to take. June was a very long month for me so this felt like the right time. My cousin, Ela (Rain City Slam), willingly accepted my impromptu request to visit the Pacific Northwest. Now here I am, blogging from Seattle. Although she couldn’t accommodate the first day, I made it work. And I’ve got the sore knees, dead iPhone, and photos to prove it.

My solo tour started by getting dropped off at the quintessential Seattle attraction: Pike Place Market. It was so early in the morning, the vendors were barely setting up shop. 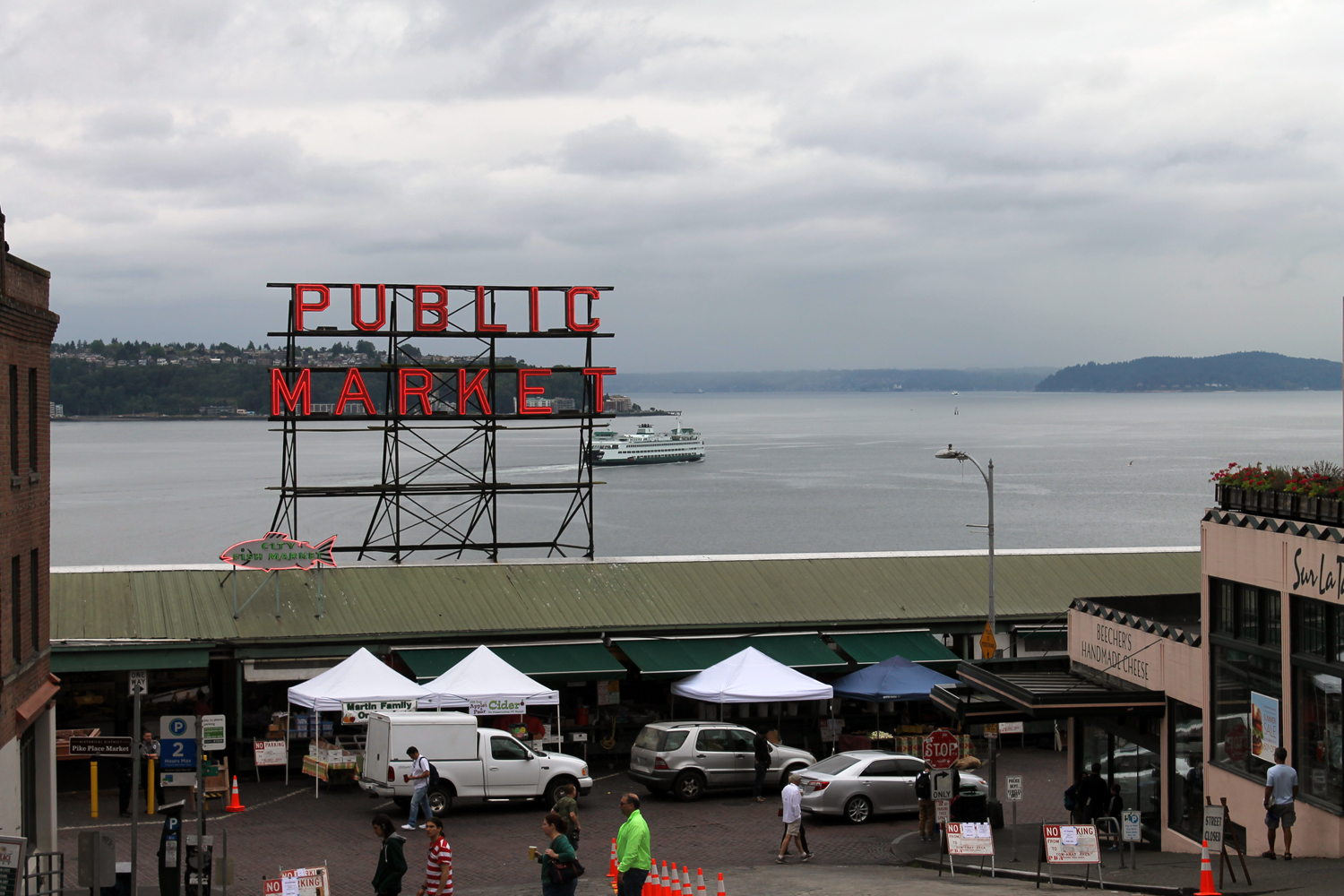 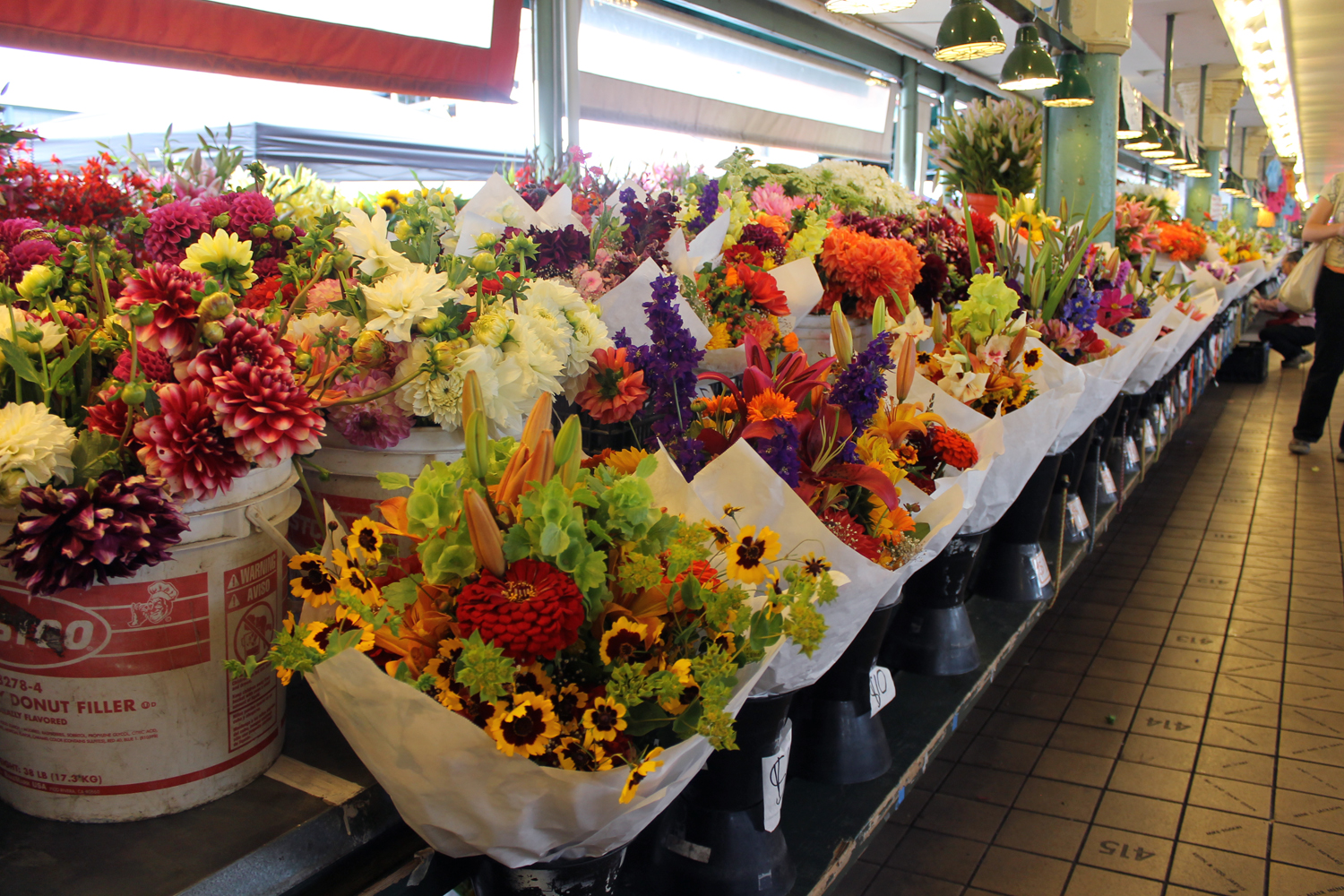 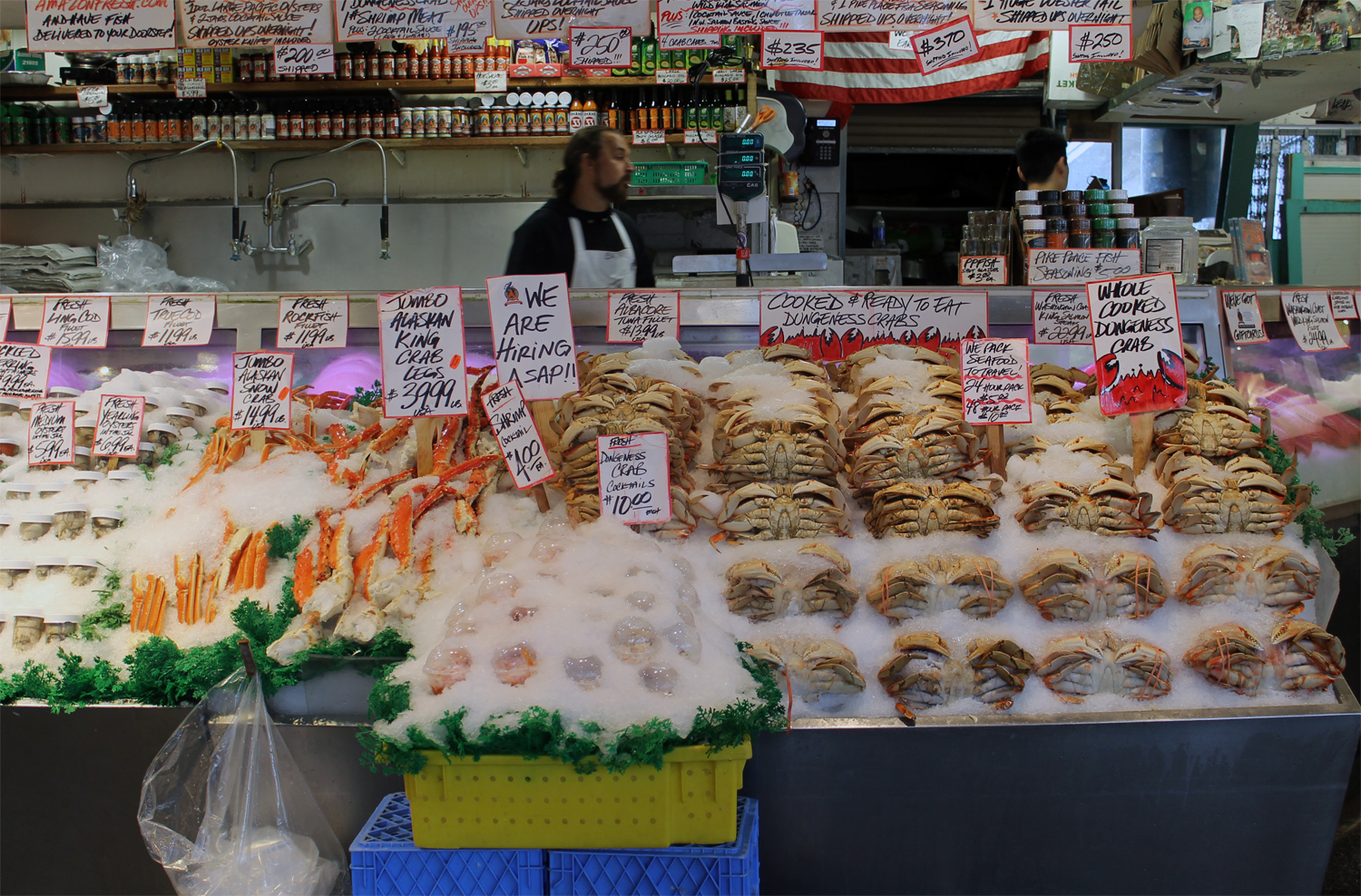 Onto the Olympic Sculpture Park. When I had visited this city in the past, I did the touristy thing. I kept a running list in my head of all the places I wanted to see, but didn’t, and this was one of them. A park, with modern art, right on the waterfront. 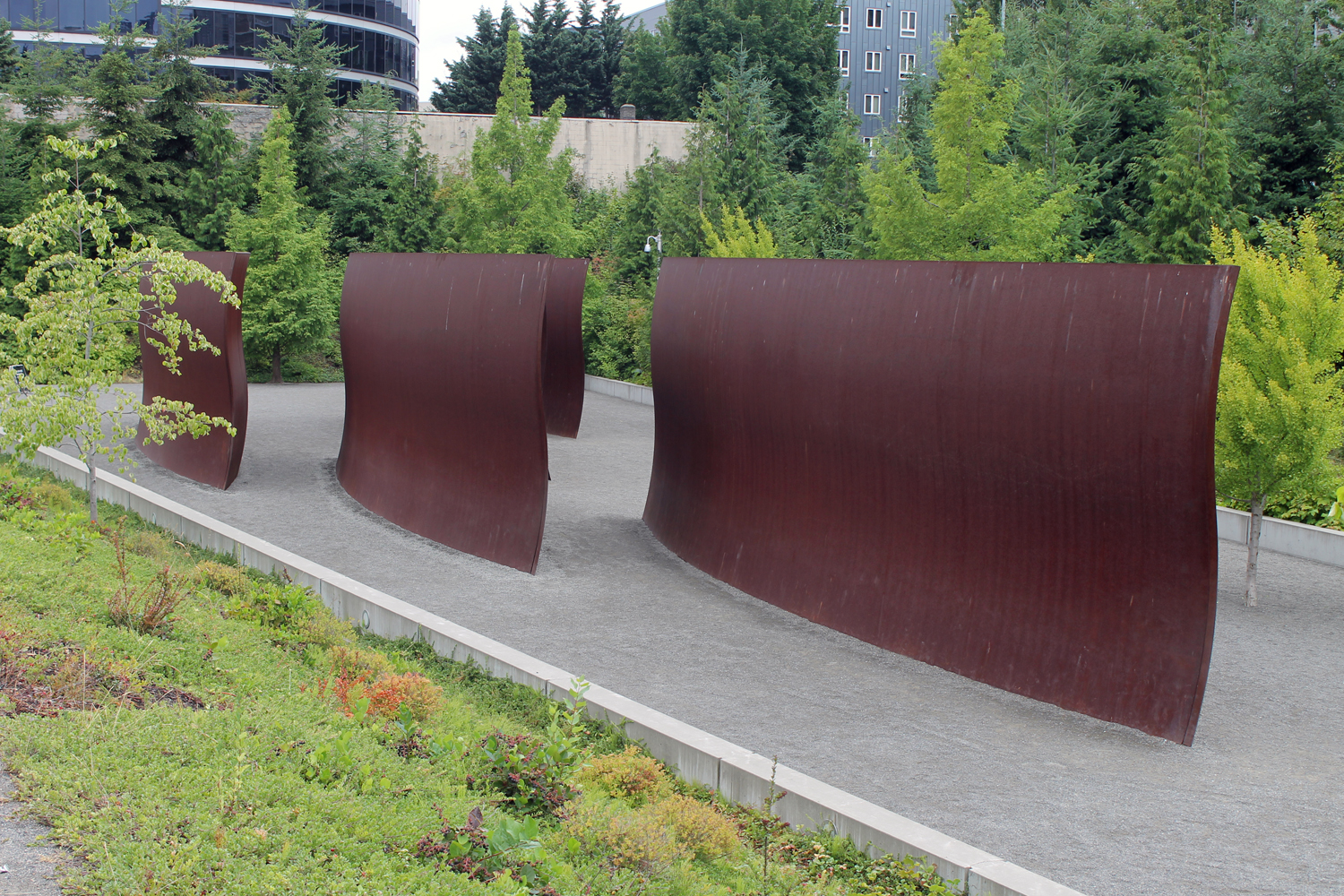 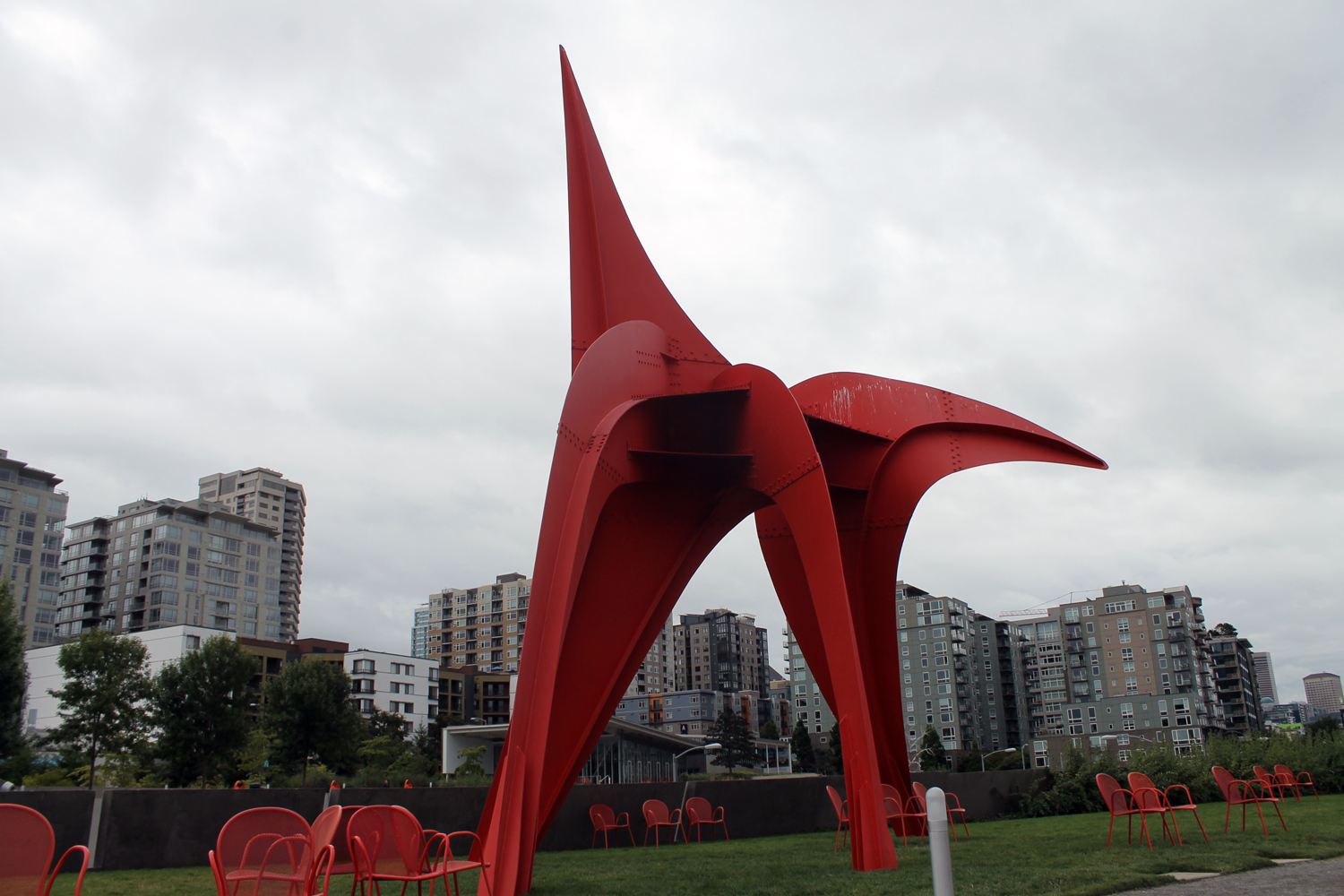 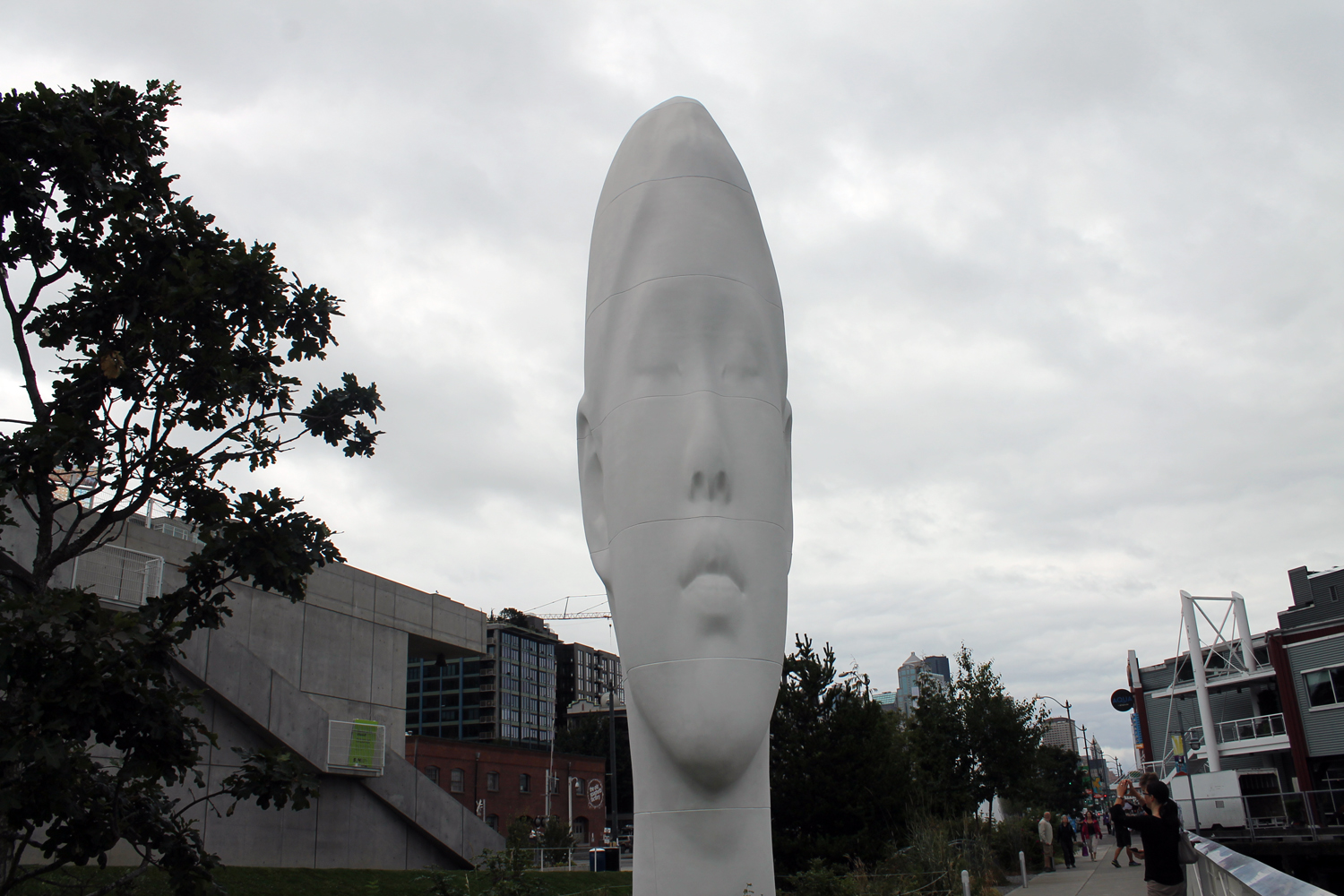 Then I went up a steep ass hill, passed the Space Needle, and to the EMP Museum. I didn’t go inside; I just wanted to admire Frank Gehry’s architectural feat. I did my best to do this building justice, showing each color and each section. 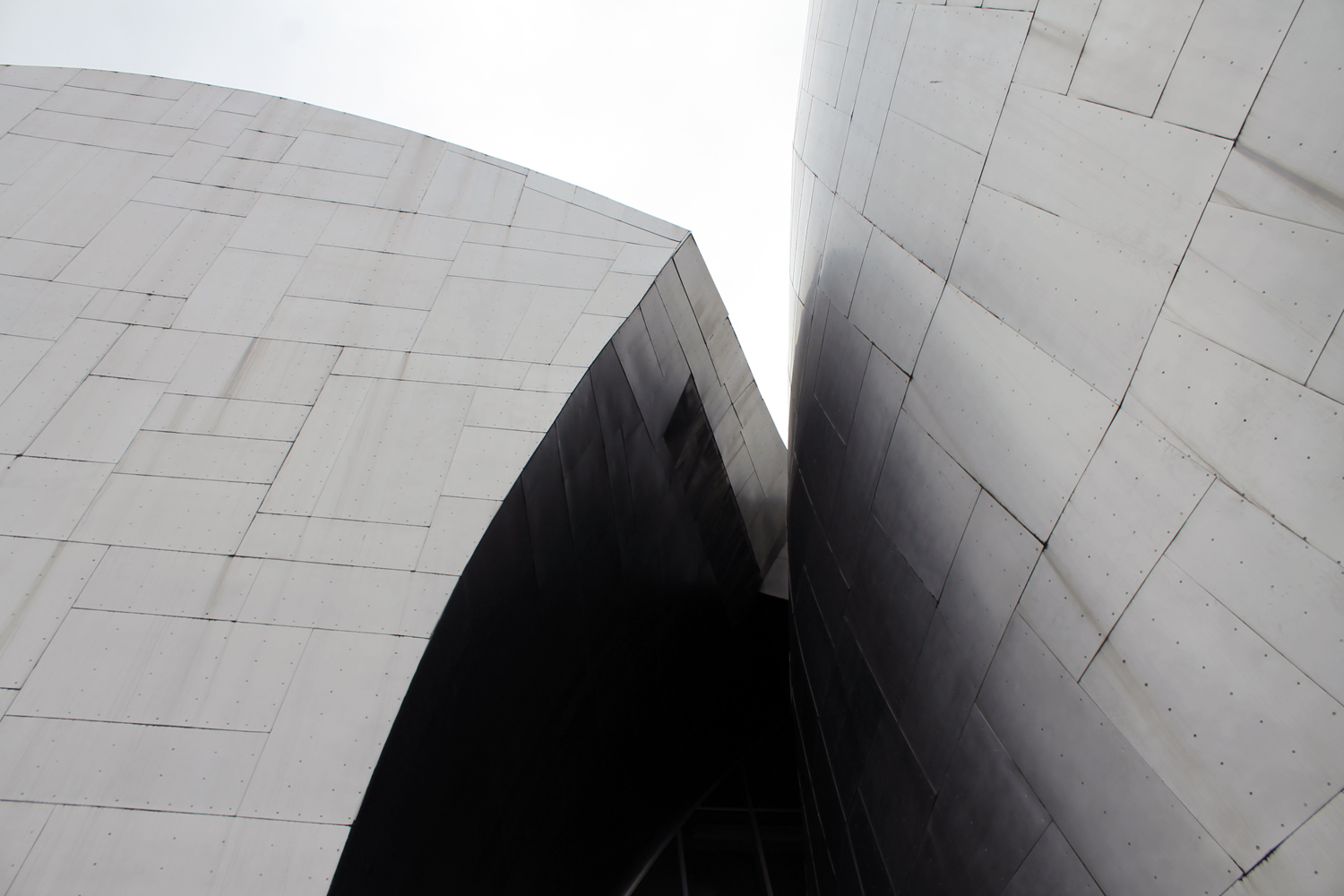 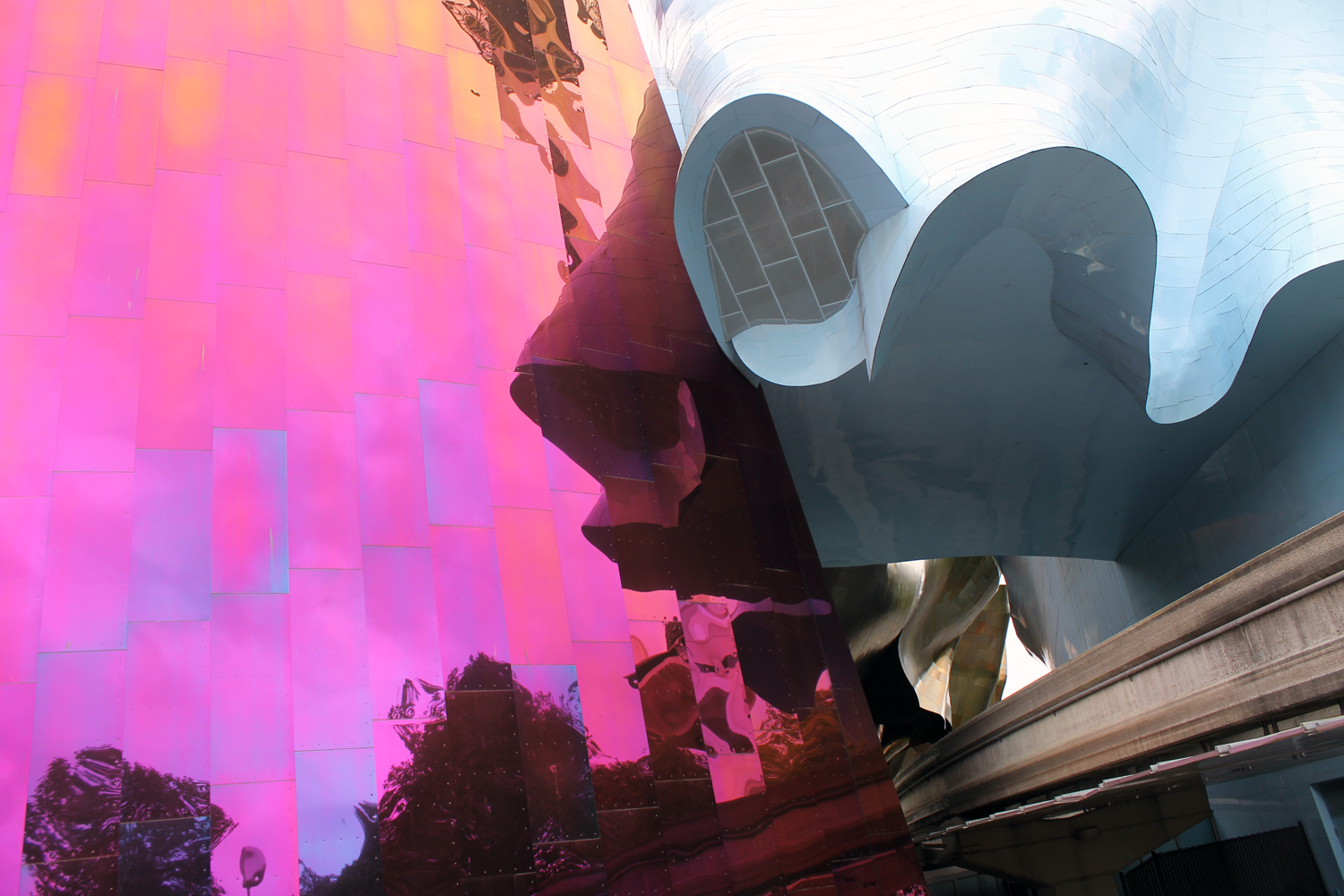 Two miles east was another architectural site: The Seattle Public Library. Between its collection and its design, it’s probably the coolest library I’ve ever seen. Note: if you’re afraid of heights, do not visit the highest point nor the atrium. You will become weak and you will hold on for dear life. Or at least I did. 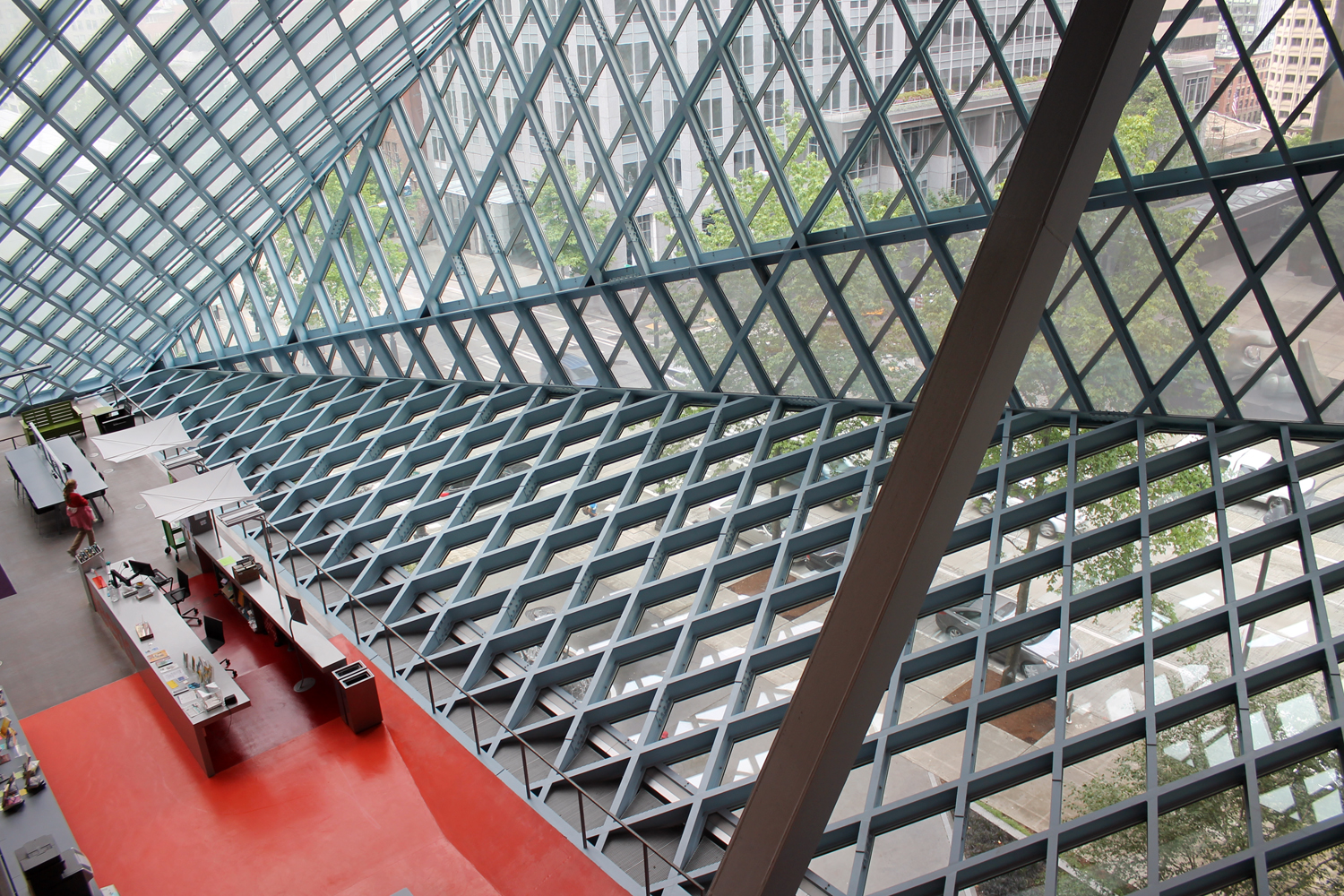 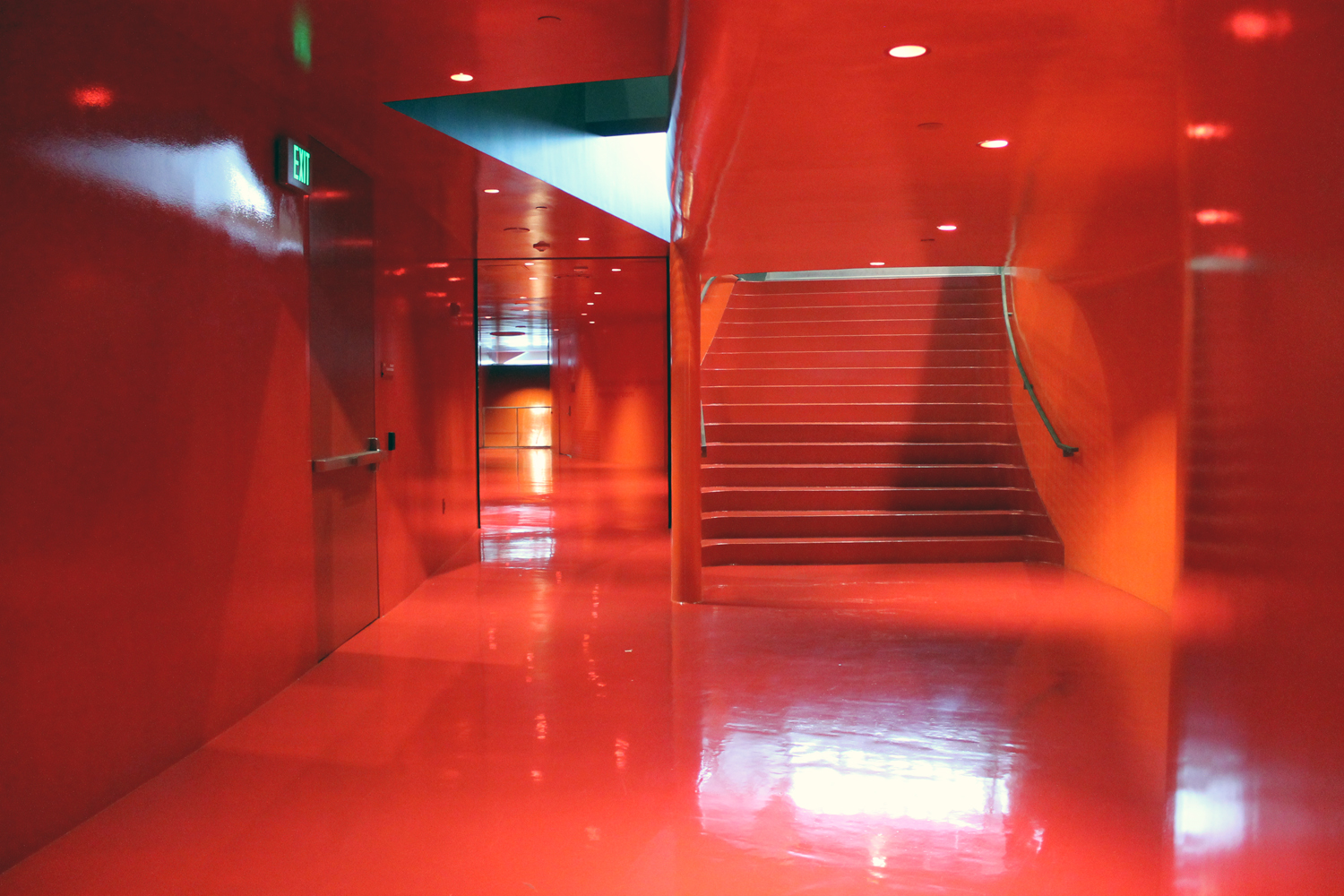 My tour ended at the Seattle Art Museum. I was interested in seeing their current exhibit, “Modernism in the Pacific Northwest”. Artists from New York historically championed the category, leaving artists from this region overshadowed. It was nice to see how things were interpreted from this side of town. 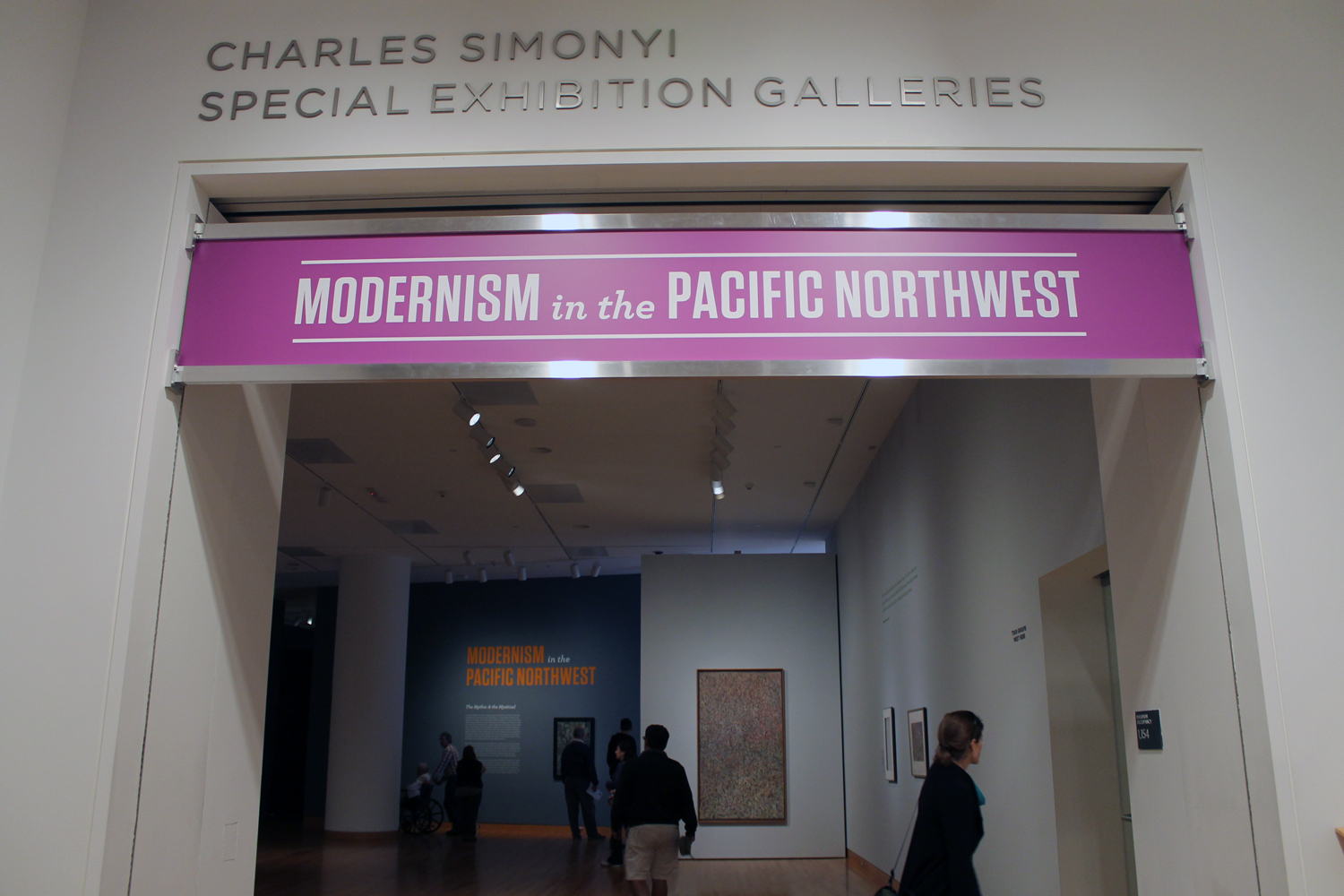 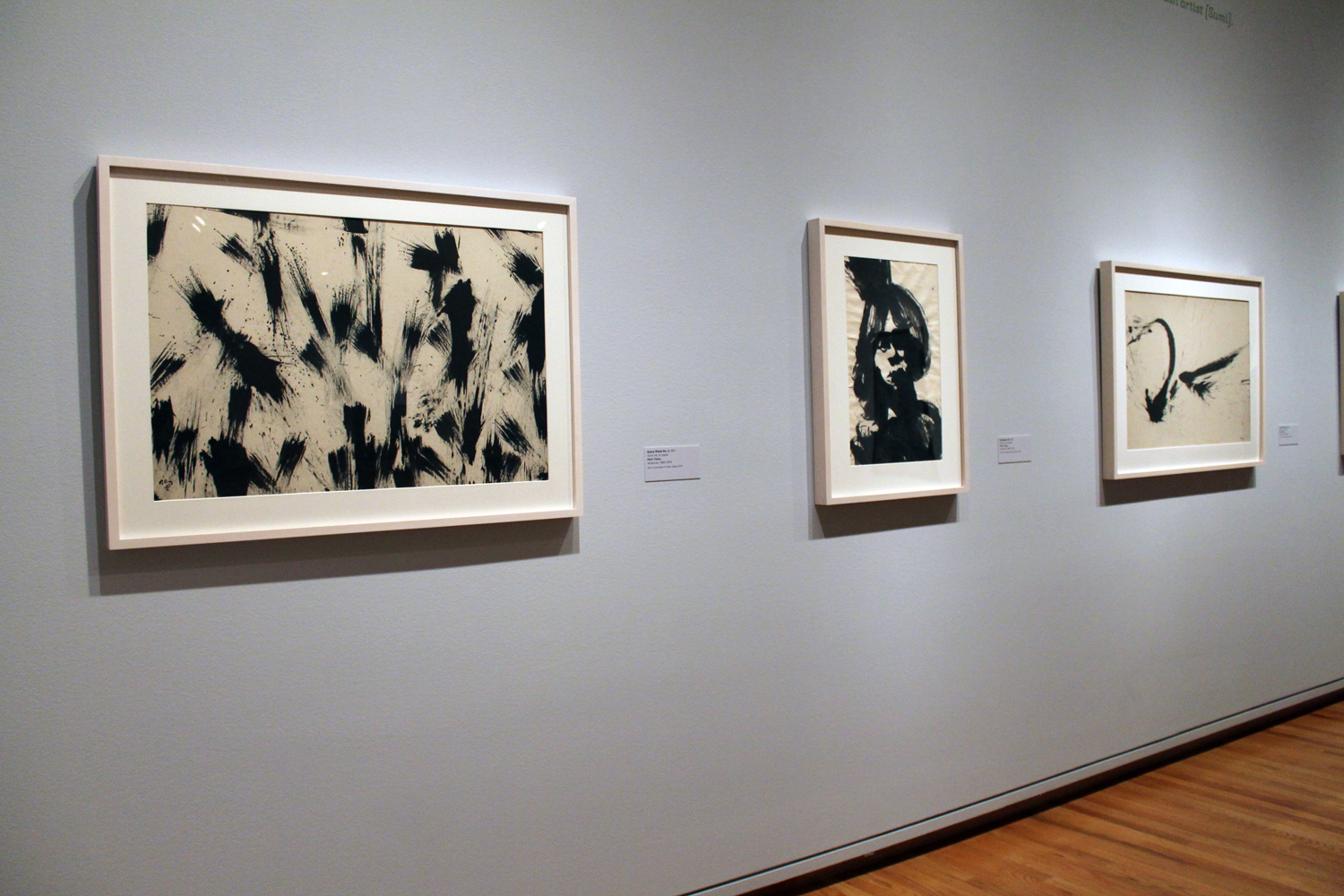 So it actually didn’t end there. My cousin wasn’t ready to pick me up, so I walked alllllllll the way to Capitol Hill, had a very late Vietnamese lunch and visited Stussy and Alive and Well. By that point, I was too exhausted to even pull the camera out of my backpack.

Now, off to Portland.