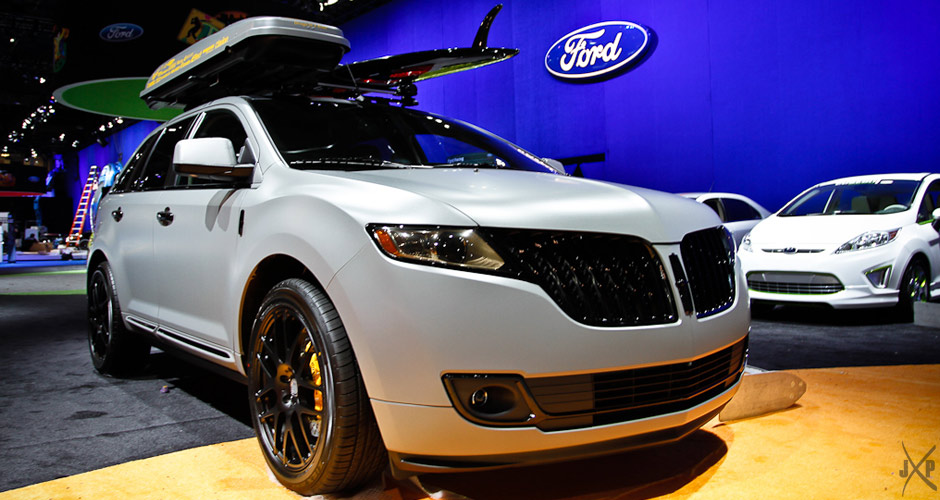 Here is the conclusion to the ID Agency Lincoln MKX build. The MKX made it’s official debut within the Ford Booth at SEMA. It was the only Lincoln in the entire booth and from what we heard we were close to winning a Ford design award. It’s cool for them to tell us that even though we didn’t know about any awards and didn’t build the MKX for that purpose. Rather the MKX was built as a vehicle that we wouldn’t mind driving daily. 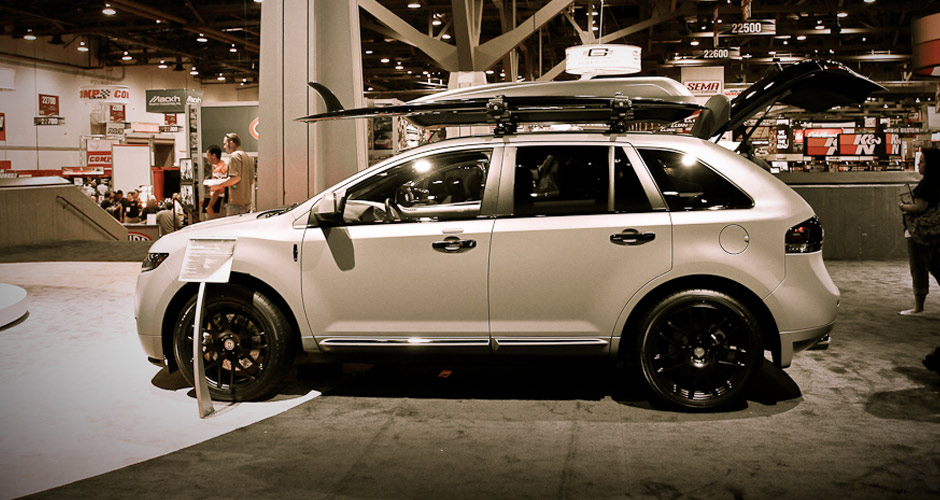 During the hectic SEMA week we were able to meet with some great people and share some ideas. James Bond, UNDFTD, came through and did a few interviews regarding his design. 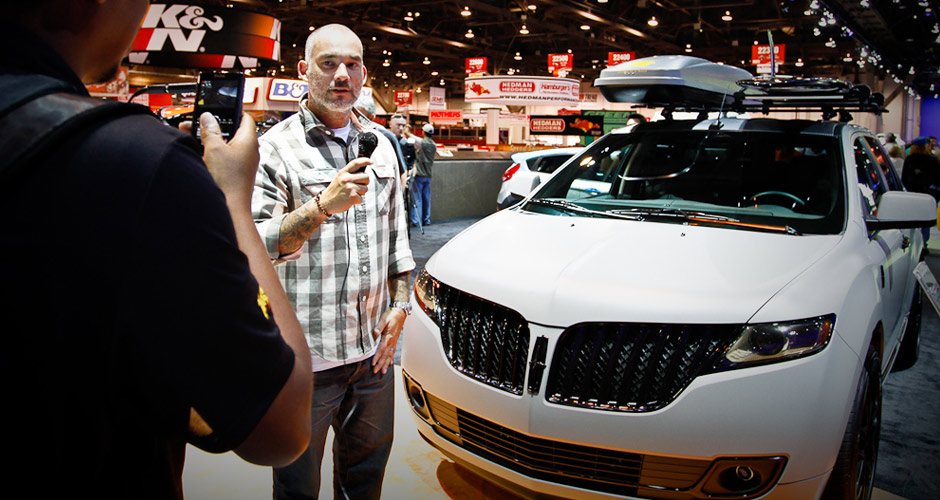 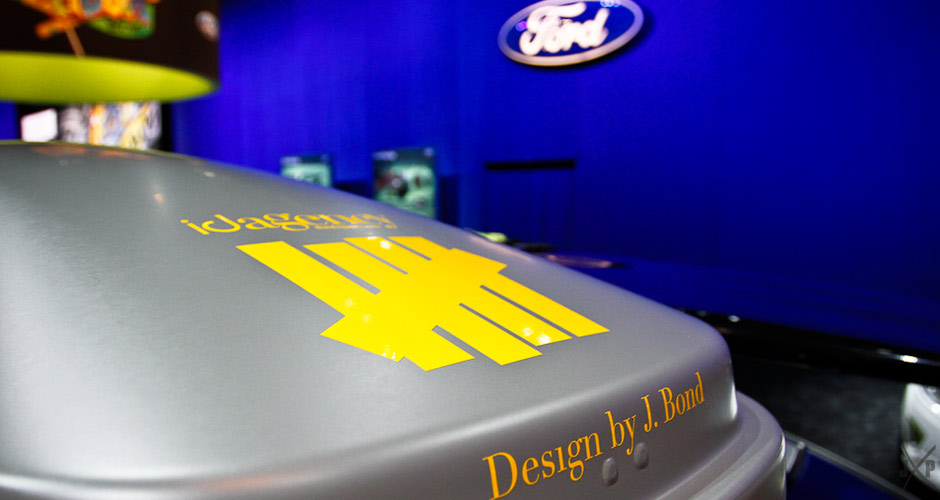 Since the vehicle was in the Ford booth no sponsor decals were allowed, so after spending an hour before the show putting them on all nice. I had to spend 2 hours taking them off at the show. I’ll be placing them back on soon. We couldn’t have built this without the proper partners and companies including Falken Tire, HRE Wheels, Brembo, Wraptivo, INNO Racks, Top Stitch, Clarion, Eibach, Magnaflow, Smittybilt and more. In true ID x UNDFTD fashion we will have something soon as a thank you…stay tuned. 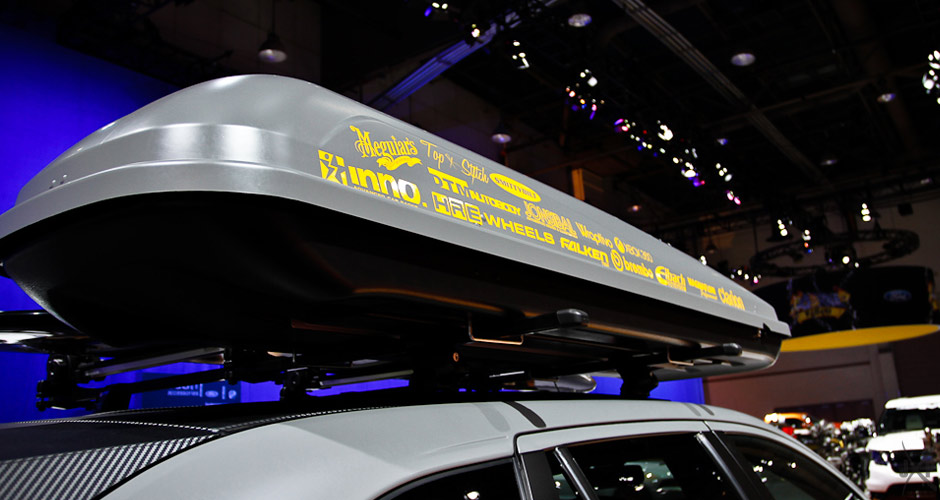 Even the homey UFC fighter Rampage came by to check out the car. He is a truck guy and a few of his vehicles have that military inspiration so don’t be surprised if you see him rolling in something similar in the near future. 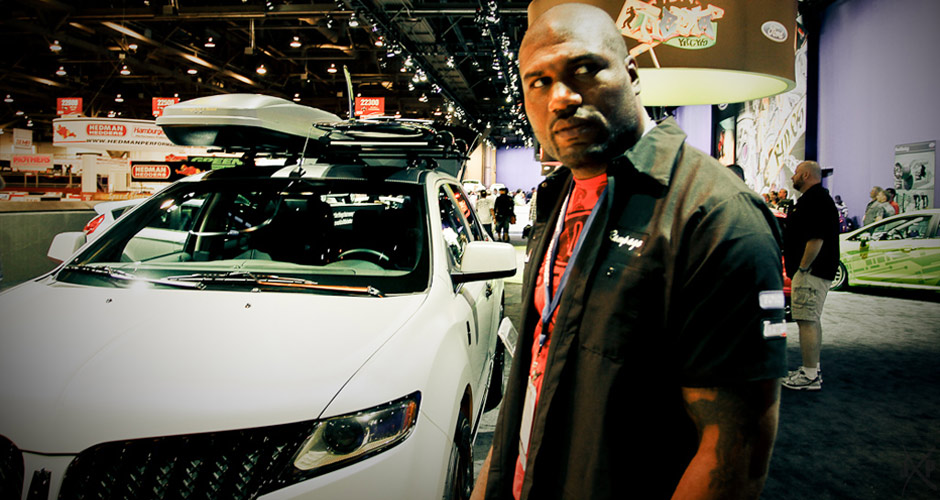 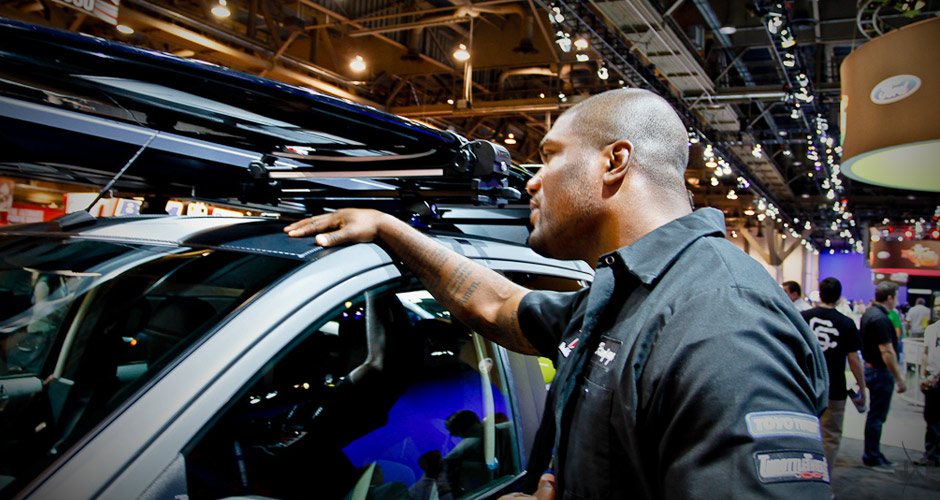 More details on the build can be found on the previous posts (part 1-4). I didn’t get a chance to really shoot the audio from Clarion that included 2 subs, an amp, and 15 inch DVD player. I also left out the compartment that holds the valuables including laptop, camera, wallet and more. We even added additional power outlets to charge everything. I’ll probably leak all of that sooner than later or wait for the magazine feature, but for now I want to be able to drive the car with no worries. The Project MKX came together and as it was meant to be driven saw about 300 miles of driving during the Targa Trophy finale…more to come.