Finding yourself lost in an array of different subcultures is the norm when collecting all different types of cars. From owning Japanese to British to German, I’ve come across the most purist to the ever so free spirit rebel. And in today’s modern world the biggest divide isn’t between owners of the same marque. It’s between whether or not to be conscious of the ever changing climate and deciding if you need to succumb to owning an electric or hybrid. Sure it’s come across my mind plenty of times and I’ve visited the dealerships to see differences, positives and negatives. Maybe one day there will be a car that changes my mind and until that day comes, you’ll still see me driving classic cars on the road.

This brings us to this fine example of “I’m building whatever I want for me”. Introducing the Keen Project’s Safari 911 that just happens to sitting in my driveway this week. Taking inspiration from 70s and 80s Safari cars that Porsche factory built, this 1981 911sc can possibly be one of the coolest cars you’ll see driving around Carmel during car week. 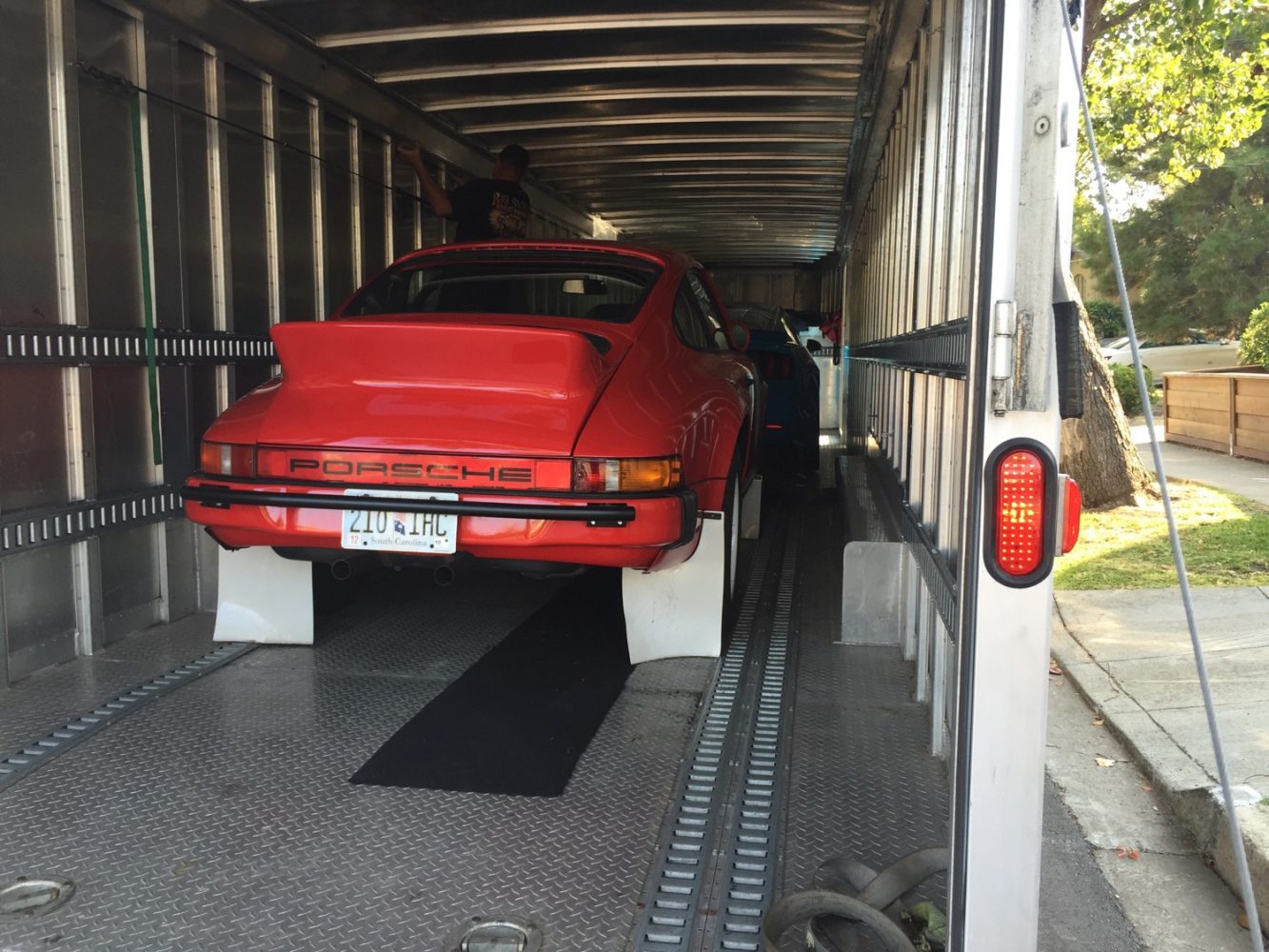 I got a text message from Leh asking if he could ship me a car so he could drive around Monterey. I had seen photos of the car on Lehs Instagram (@lehmank) but when it rolled off the hauler I was extremely impressed to see how clean and well executed the car was in person. 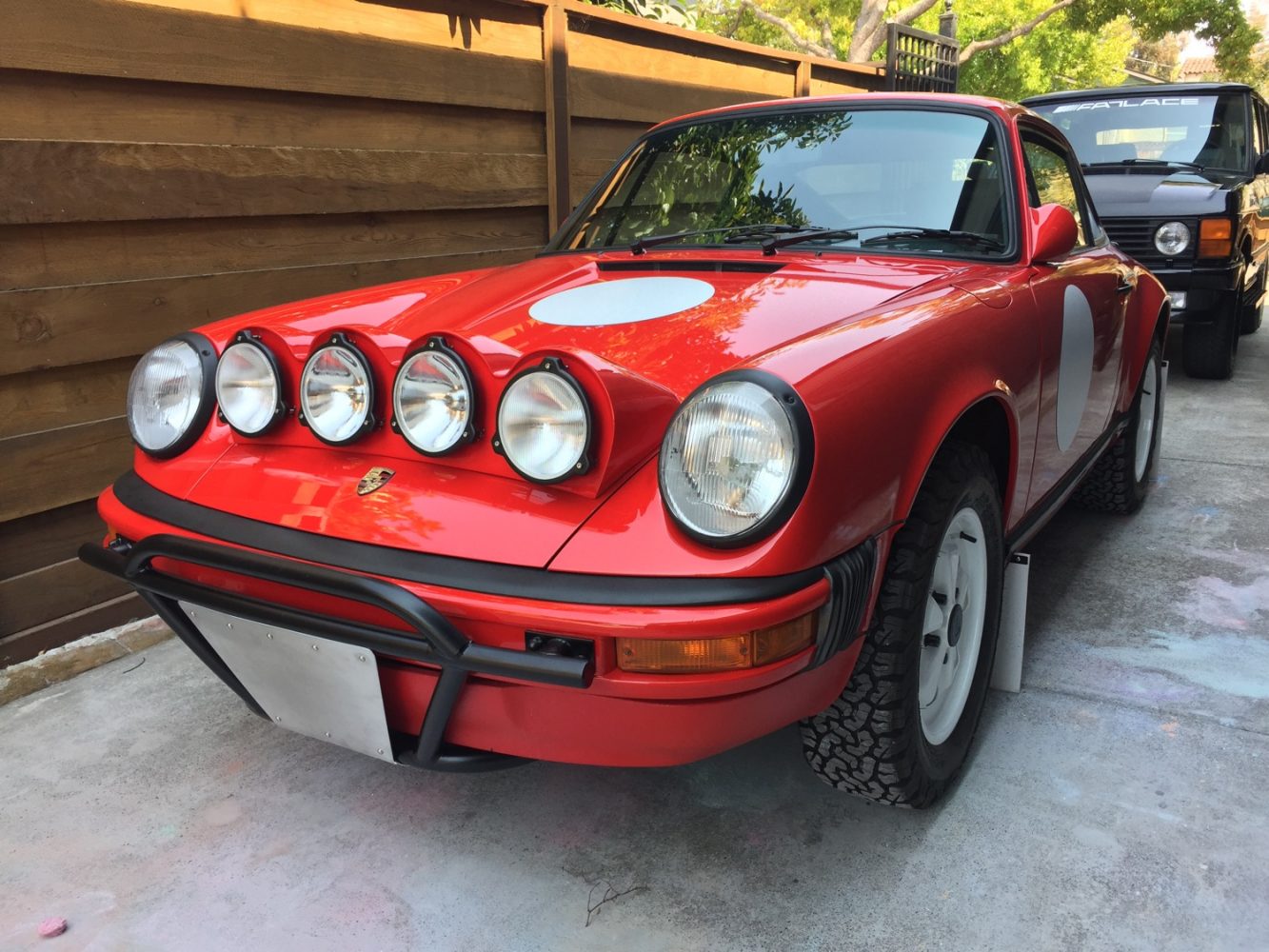 To achieve the ride height, Elephant racing produced special longer shocks and front uprights. The mud flaps and light pod were sourced out of Europe. Some intake work and ssi and danske exhaust system. The car was completely serviced by a local race shop. 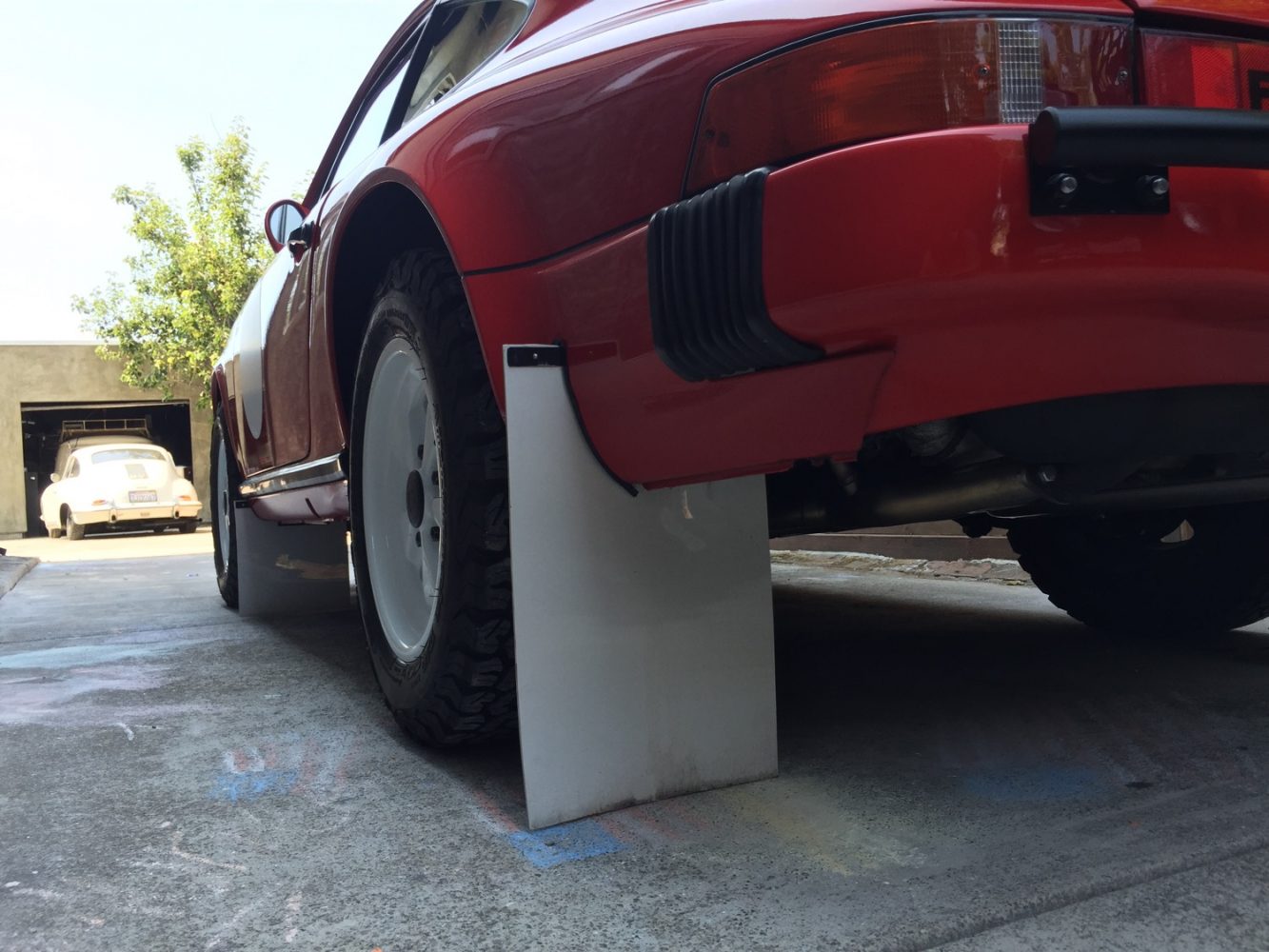 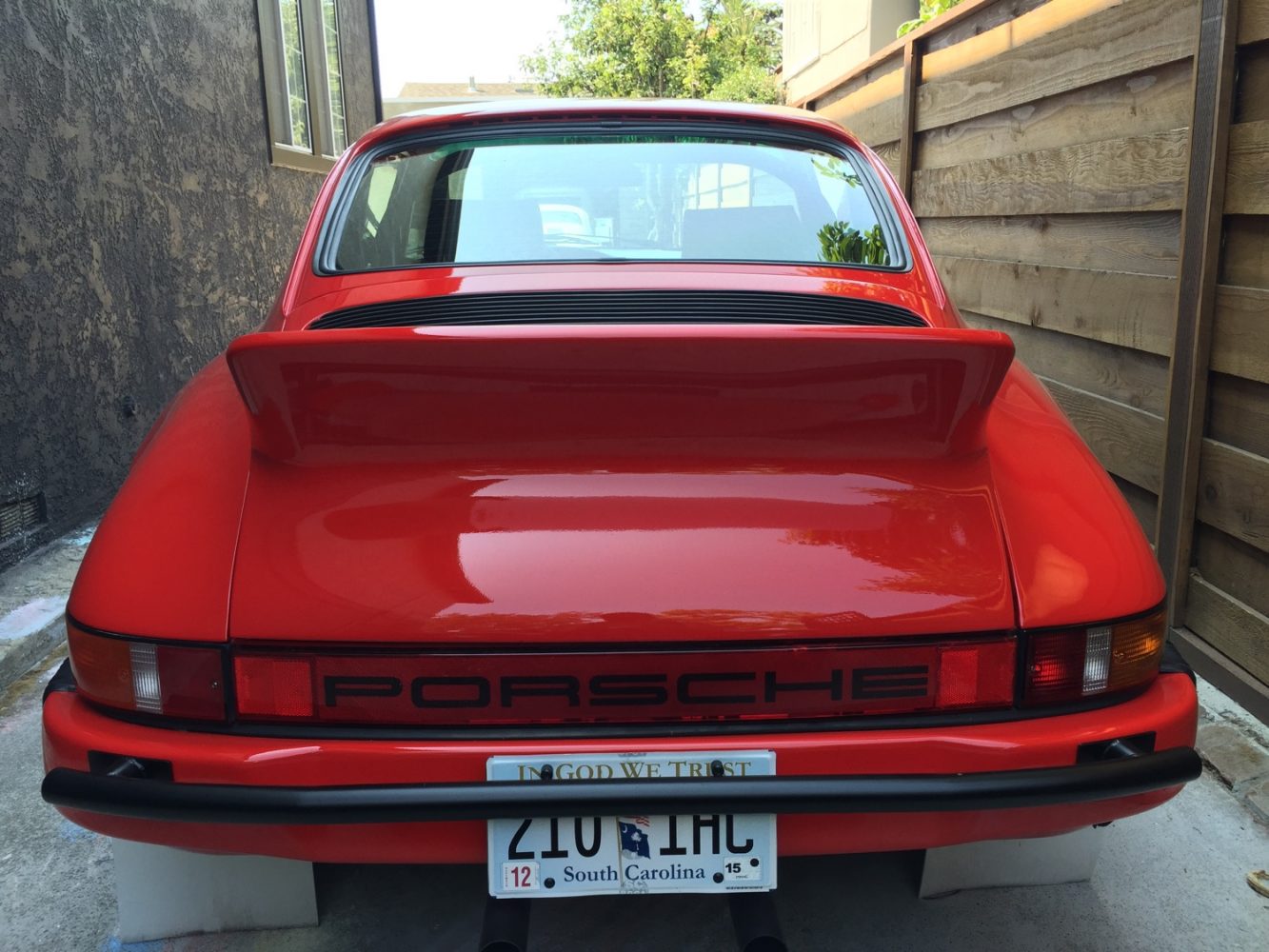 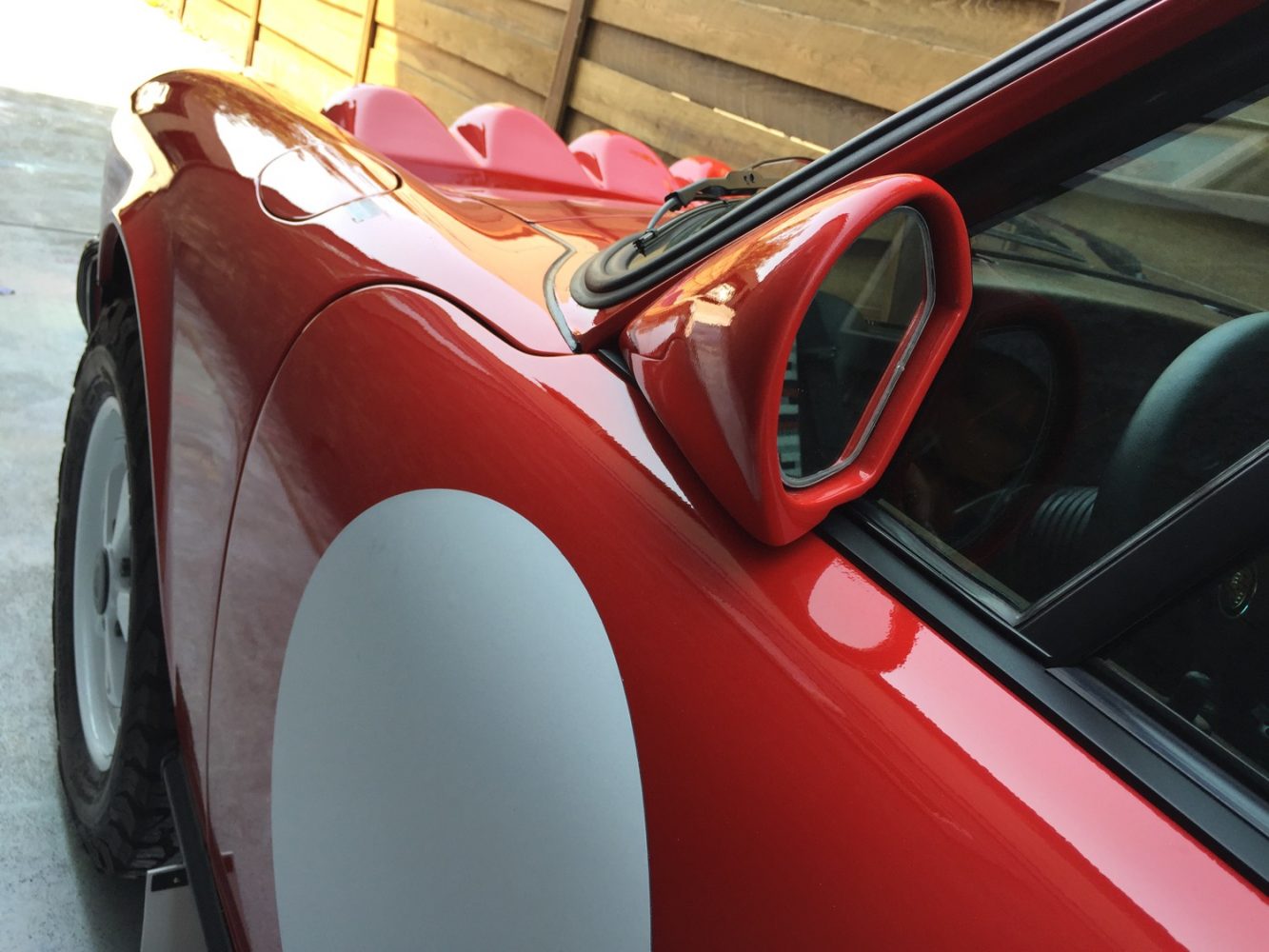 The car was repainted in guards red and one of the more unique things I like about this build are the “crushed” bumpers. On stock 911s from 74-89, the bumpers were changed to accordion style to meet US crash standards. They were long and ugly. They’ve grown on me but for many years these were an eye sore to my eyes. The shortening of the shocks pulls the bumper in and gives it a cleaner more flowing look. Safari bash bars were added on top to complete the look. 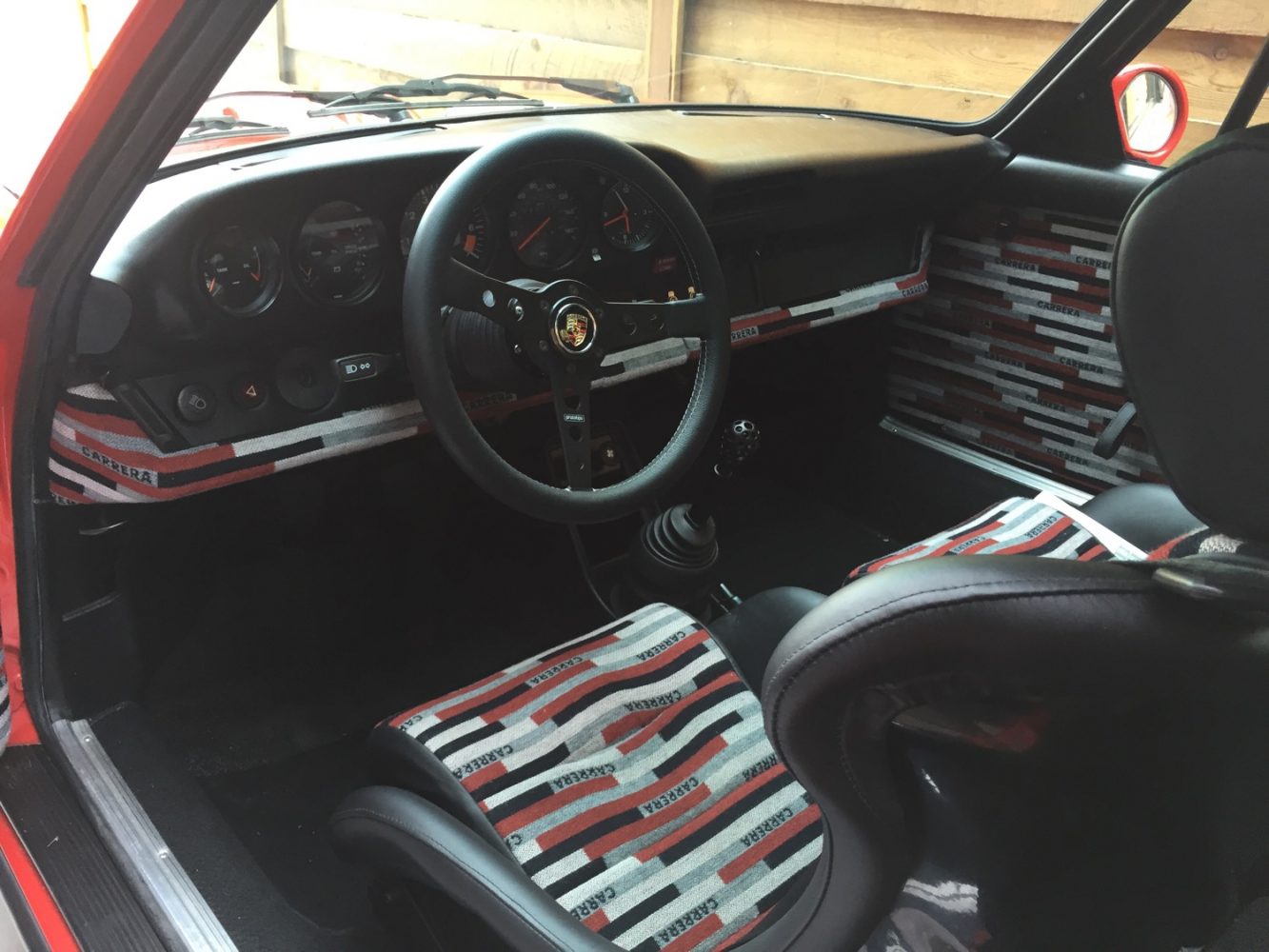 The entire interior has been redone. All new carpet & headliner. The new seats, door panels and lower dash was wrapped in classic Porsche fabric. Every part of the inside has been touched except the original main dash. A sunroof delete for the exterior along with antenna and mirror delete. 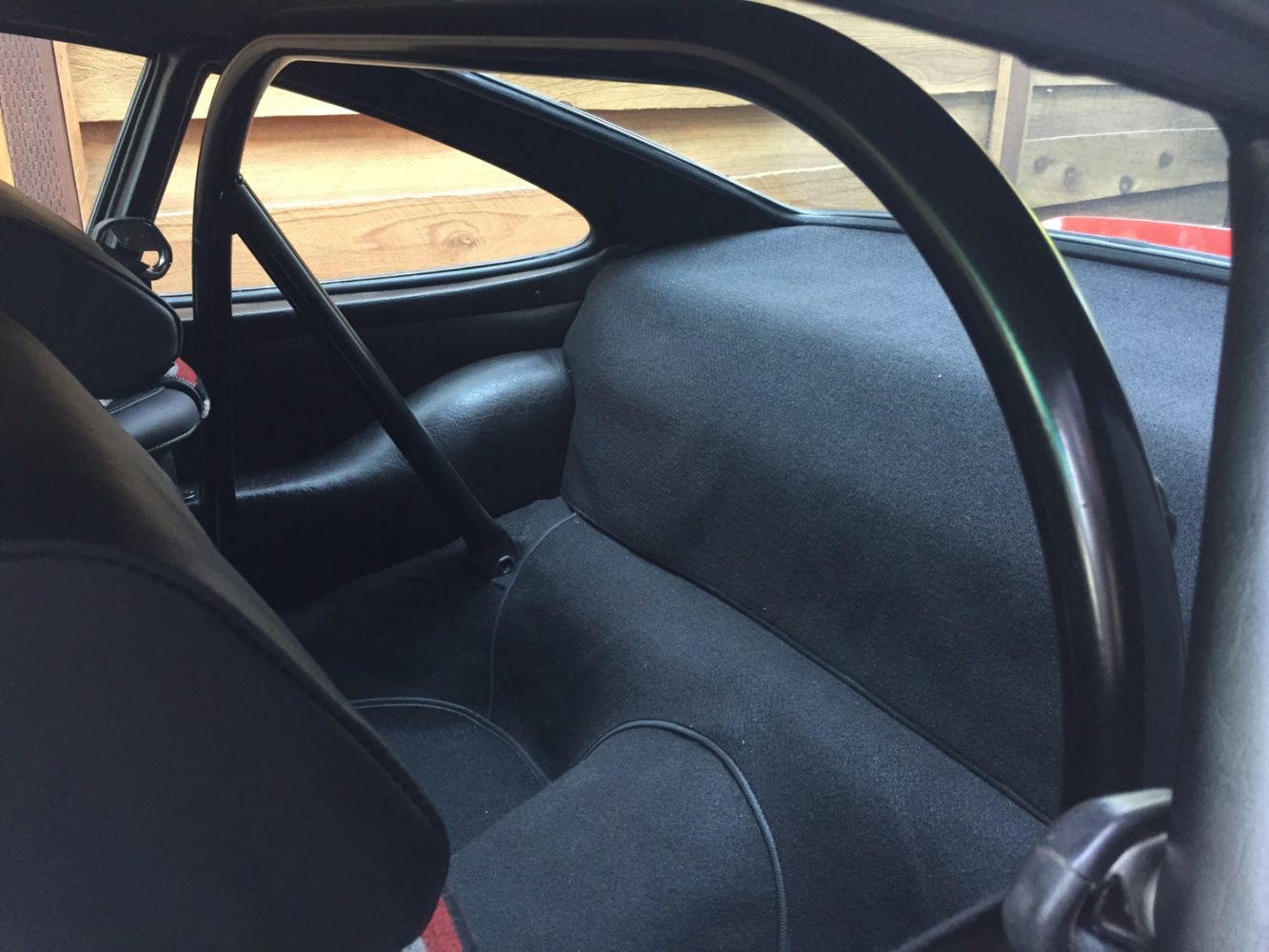 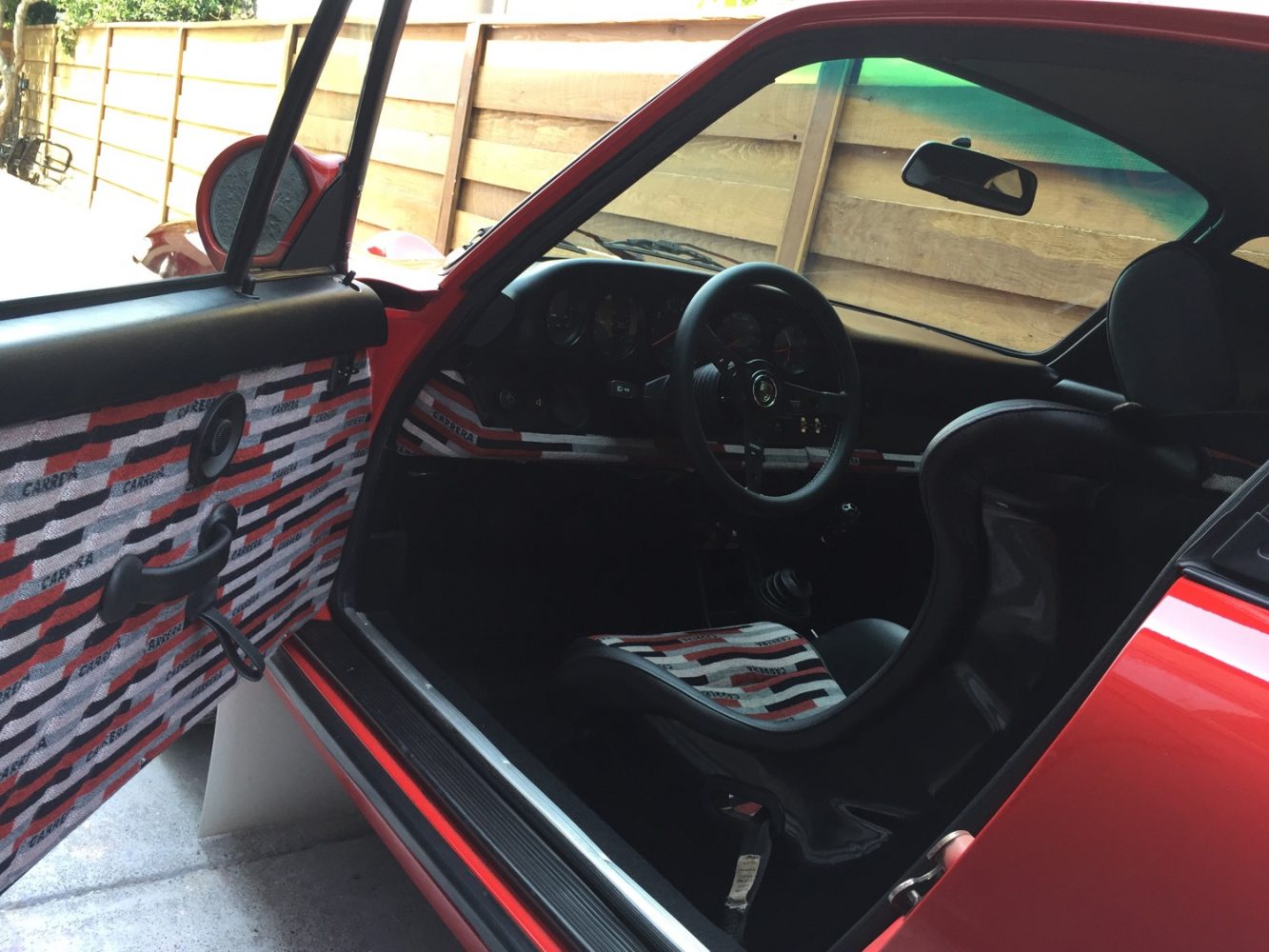 Leh really wanted a 911 he could “go anywhere” with. Whether that be in downtown Atlanta over a curb or on a national forest road through a creek. The whole point of the project was fun. A fun build that will be fun to drive using real parts to make it not just for looks. 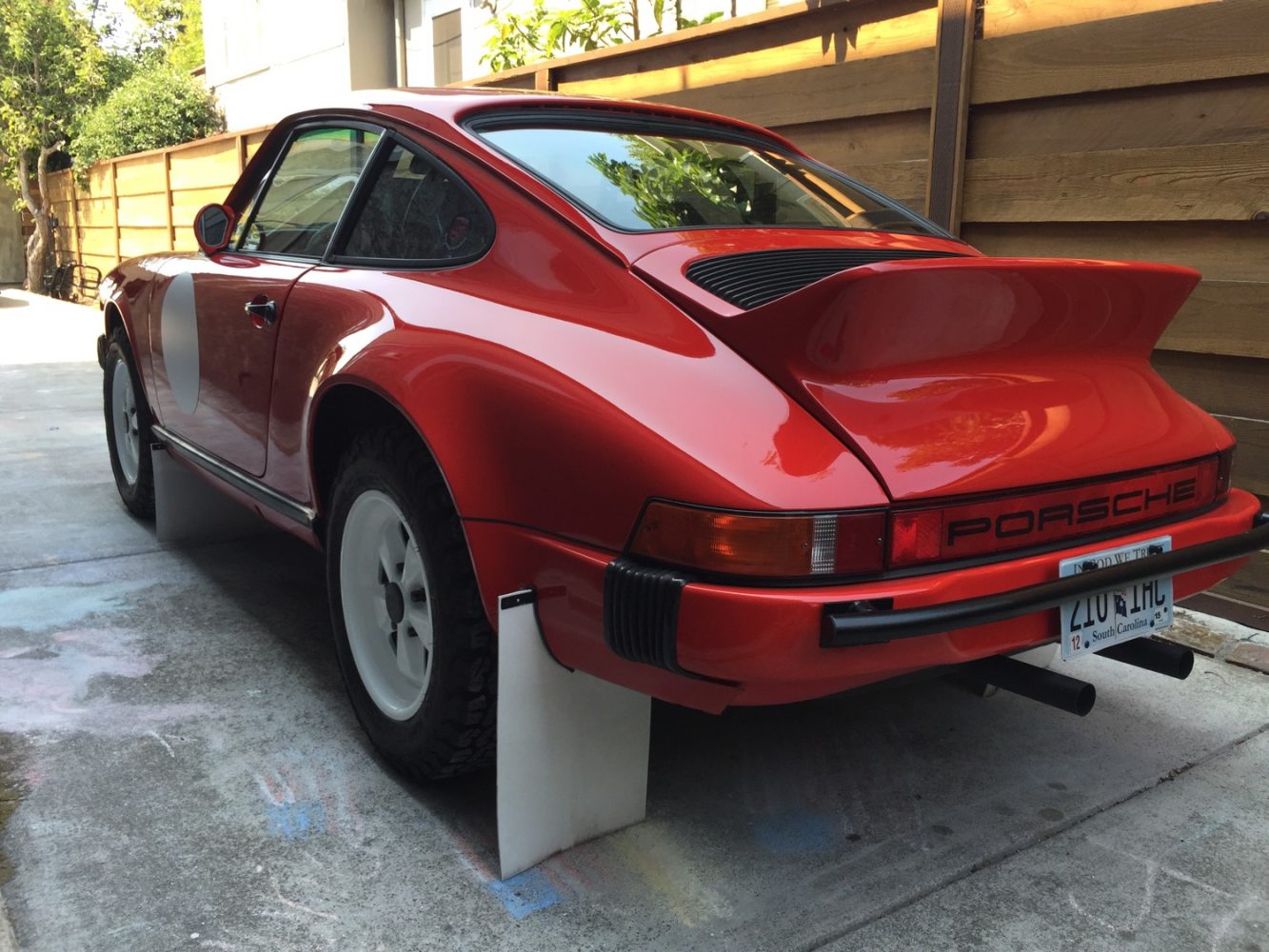 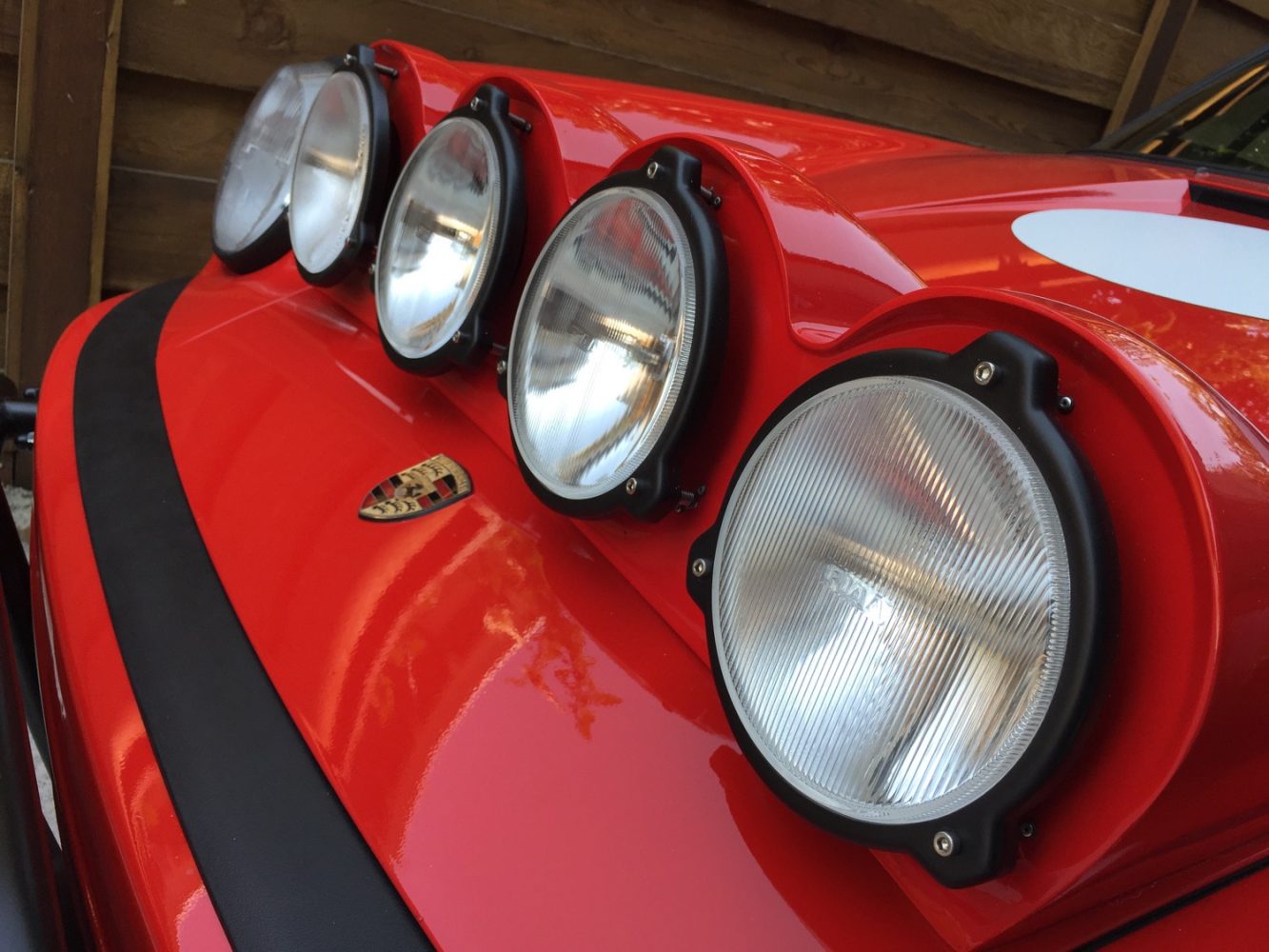 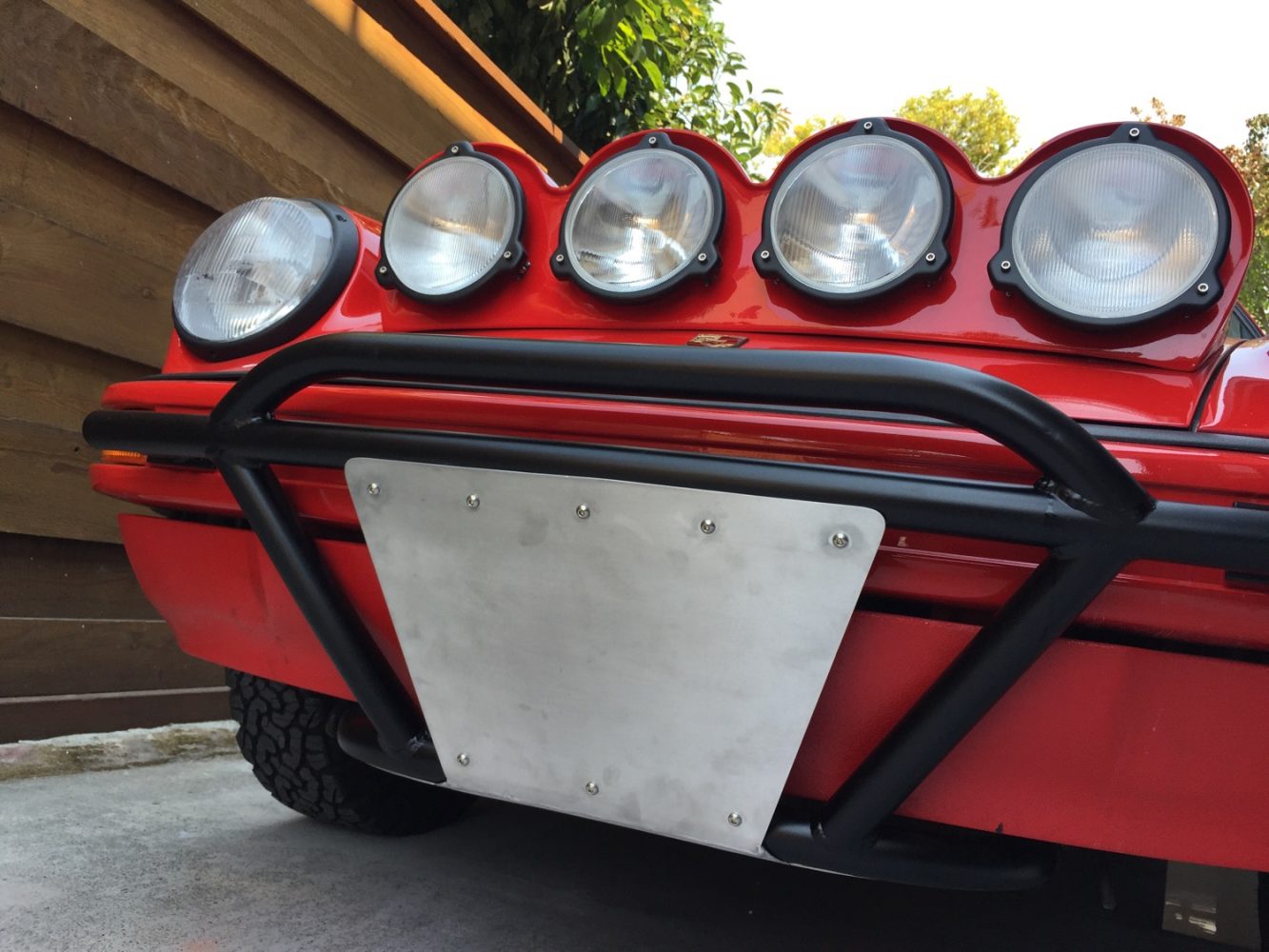 The last thing Leh said in his write up to me and the first thing I said when I saw the car was “I can’t wait to jump it!” I’m sure that’s what will be on a lot of people’s mind when they see it this week.