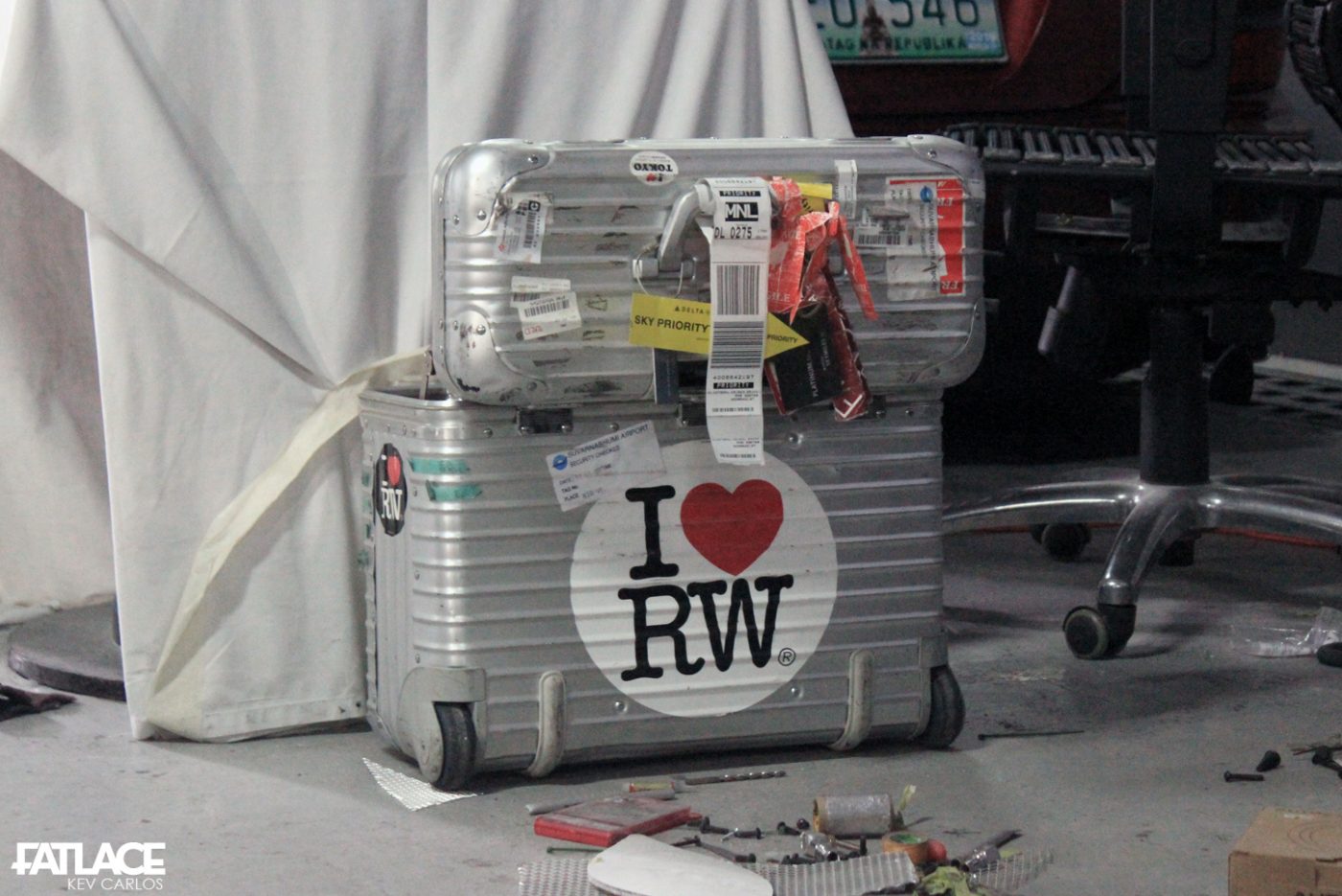 Rauh Welt in the Philippines started mid 2013; now Nakai-San logged more than 6 trips to our country. 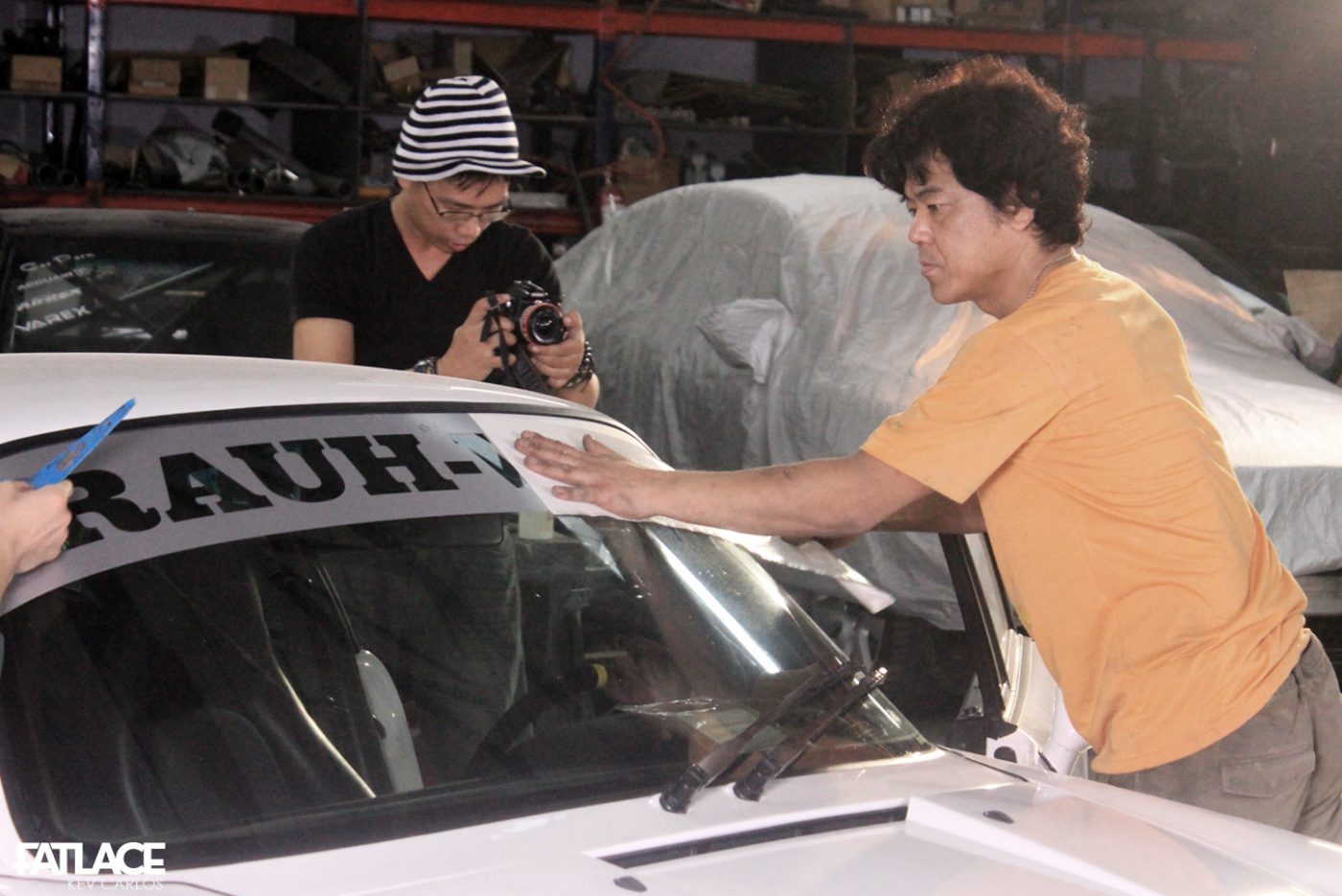 It has been a regular site for Porsche enthusiasts to gather whenever he is in town. 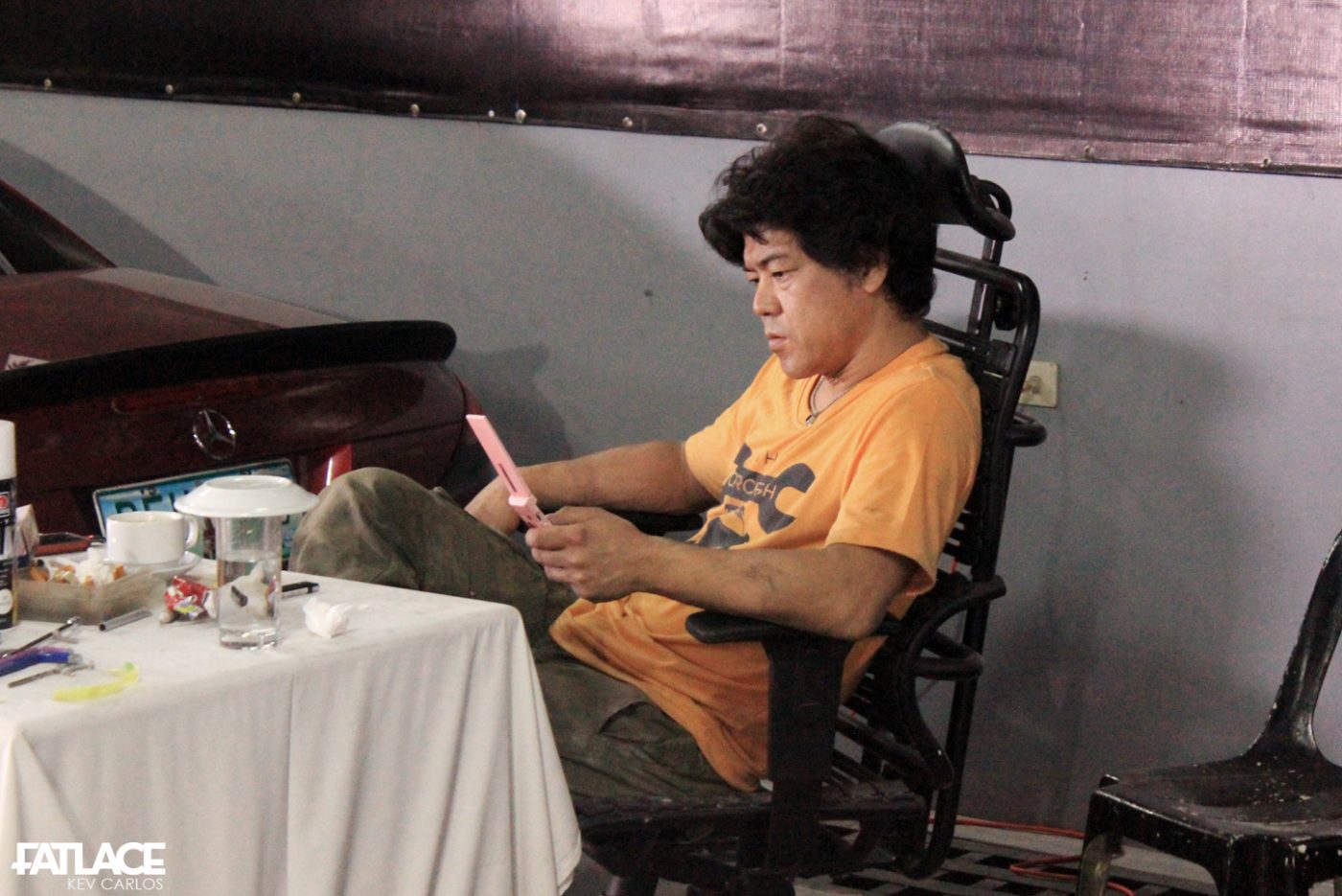 Nakai-San with his trademark pink phone. 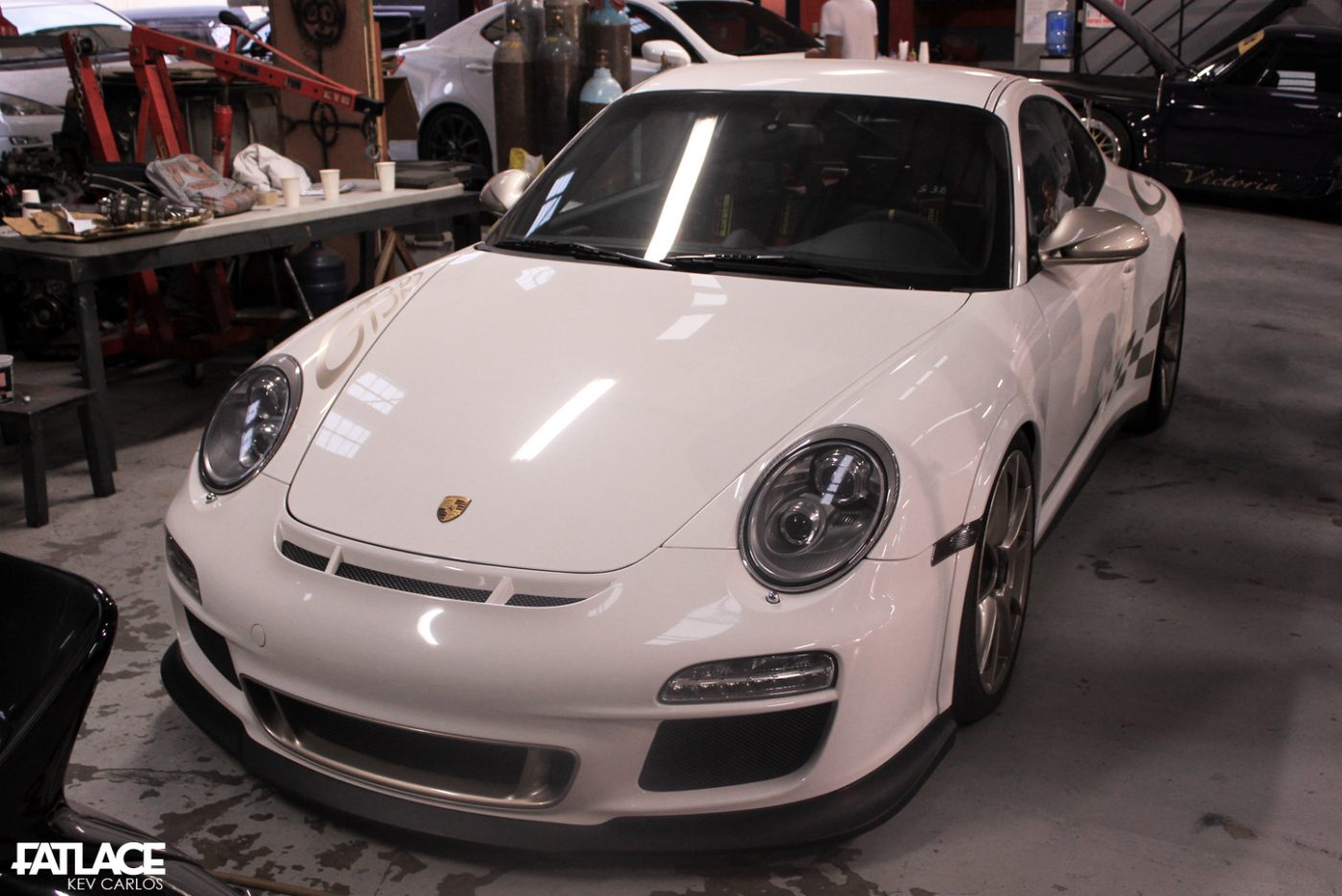 A clean 997 GT3RS driven by one of the new RWB owners. 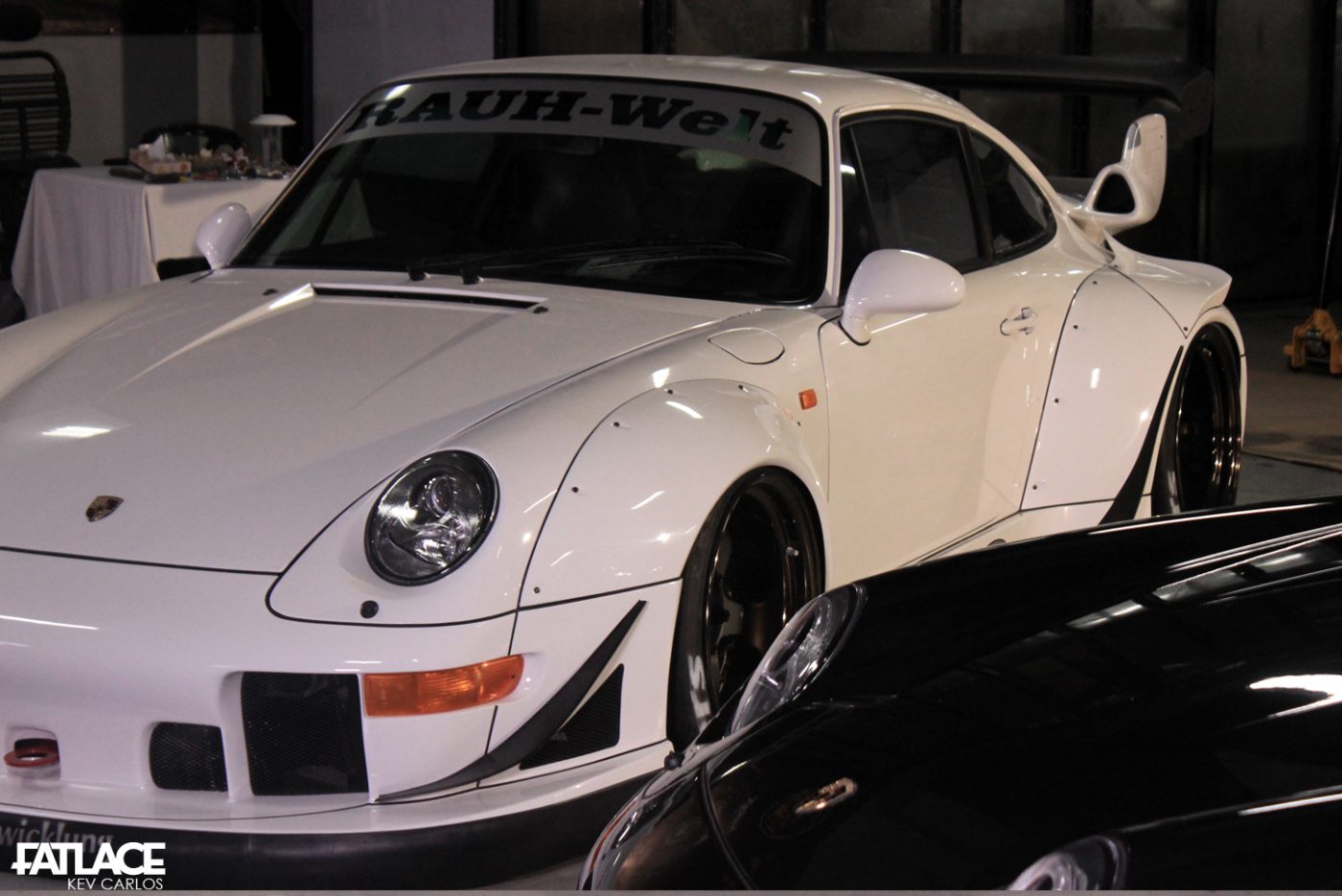 ‘Nene’ was the first in our country to sport a ‘Touring’ bumper from the Chiba-based shop. 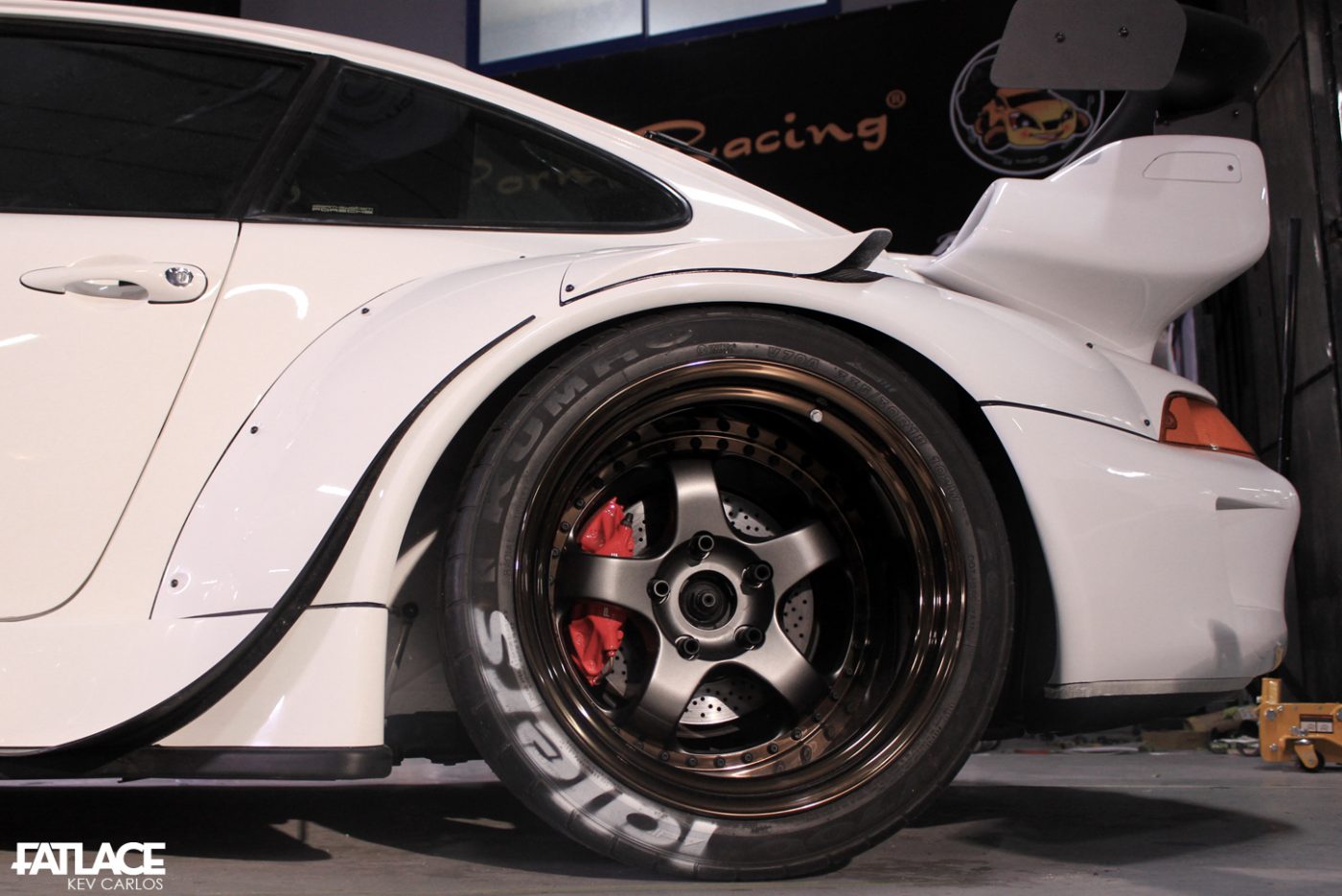 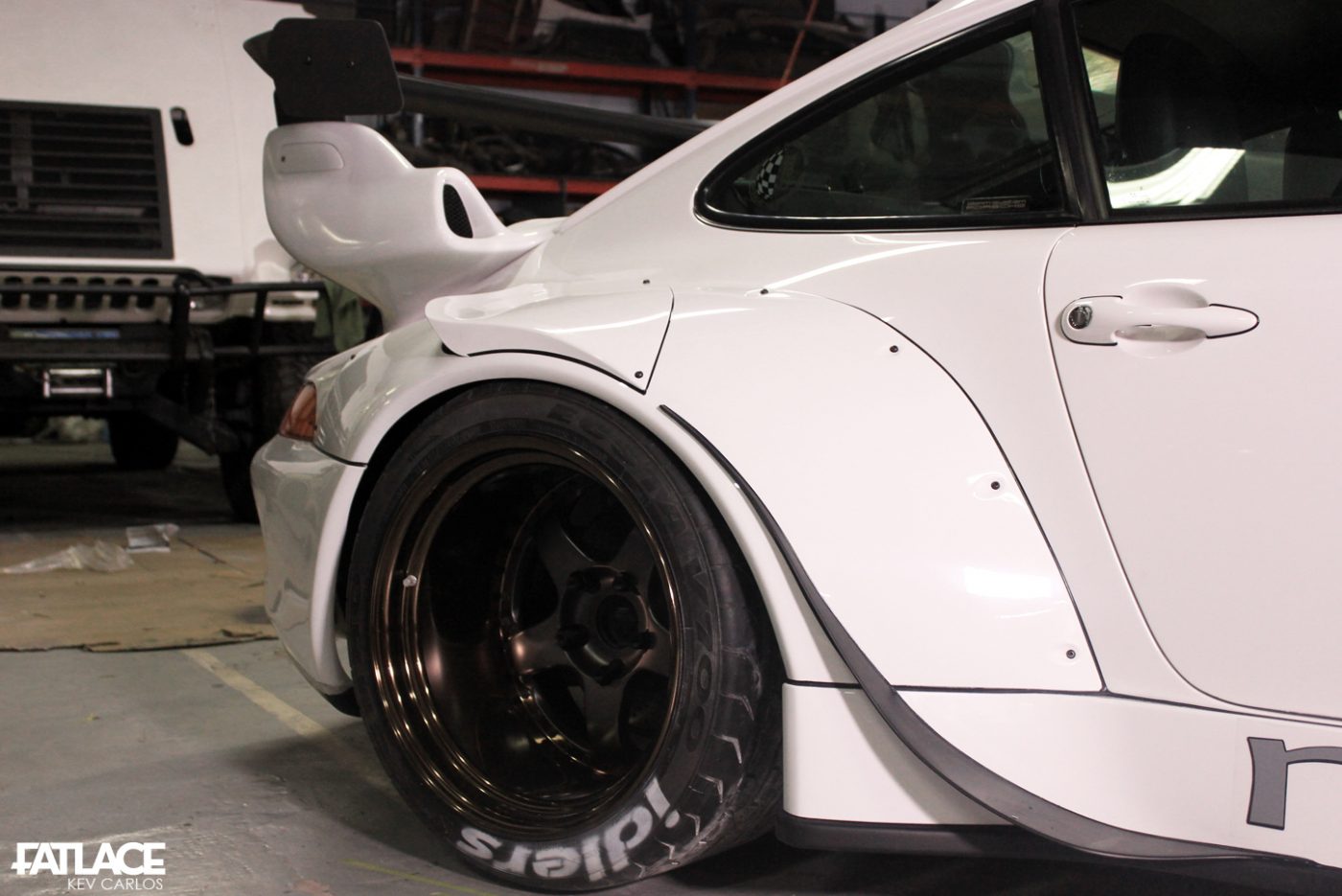 Those fender flaps has an added cost but it add’s aggression to the car. Was literally staring at this angle all day! 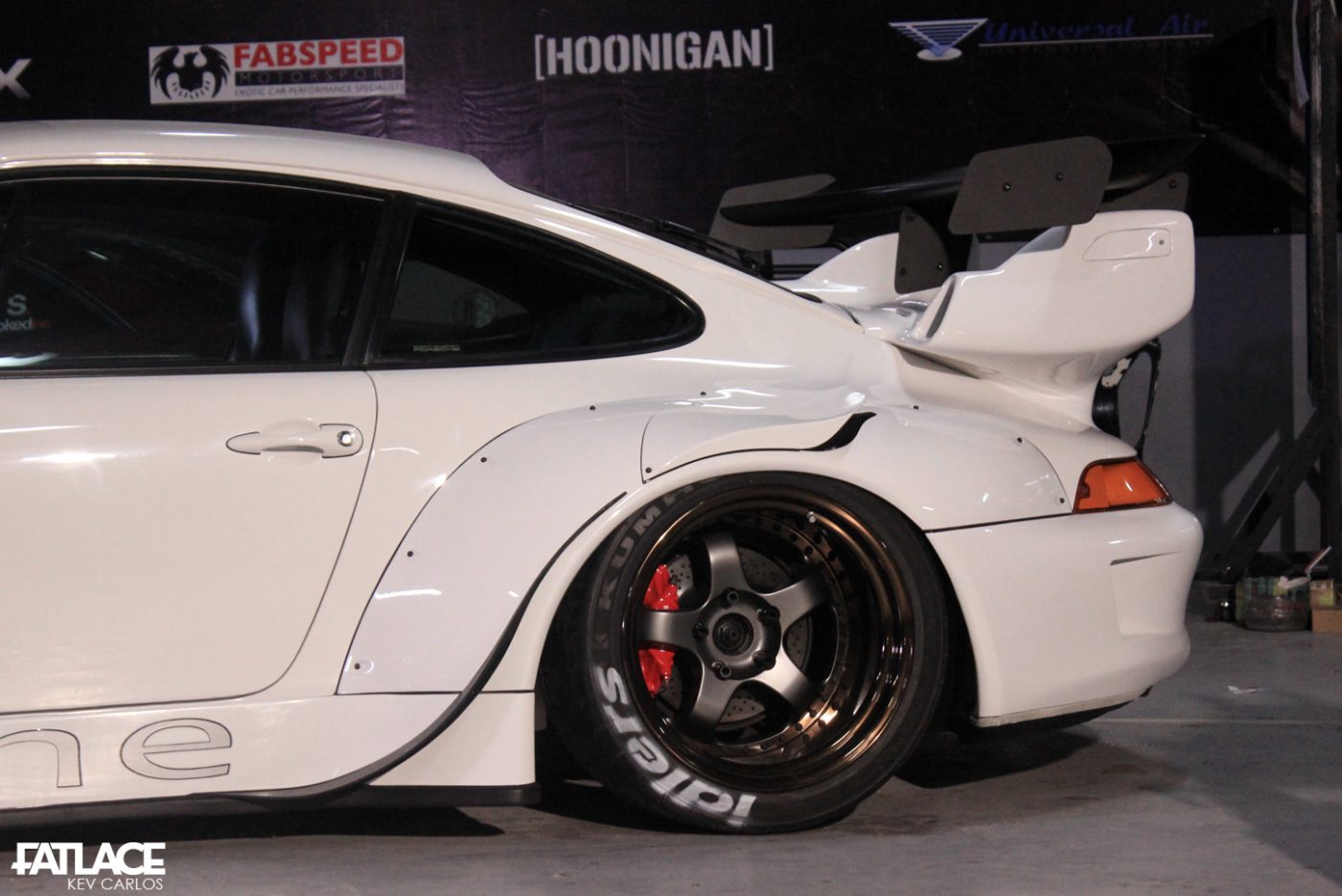 So why ‘Nene’? The owner wanted to pay tribute to a significant person in his life, as he promised ‘her’ a Porsche. Naming it by her mother’s first name. 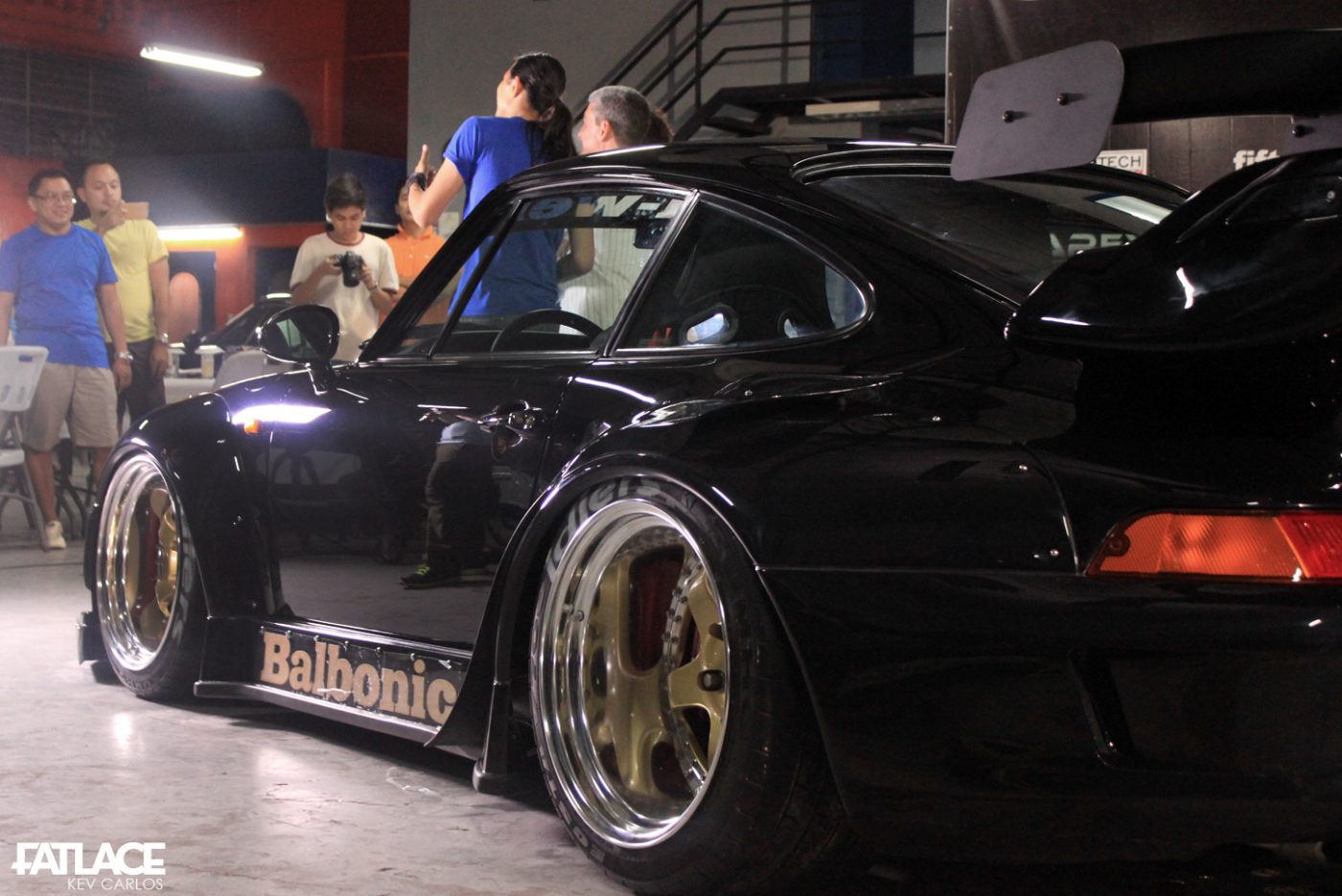 ‘Balbonic’ was built at the same time with ‘Nene’. The two owners have been close friends for quite some time now. 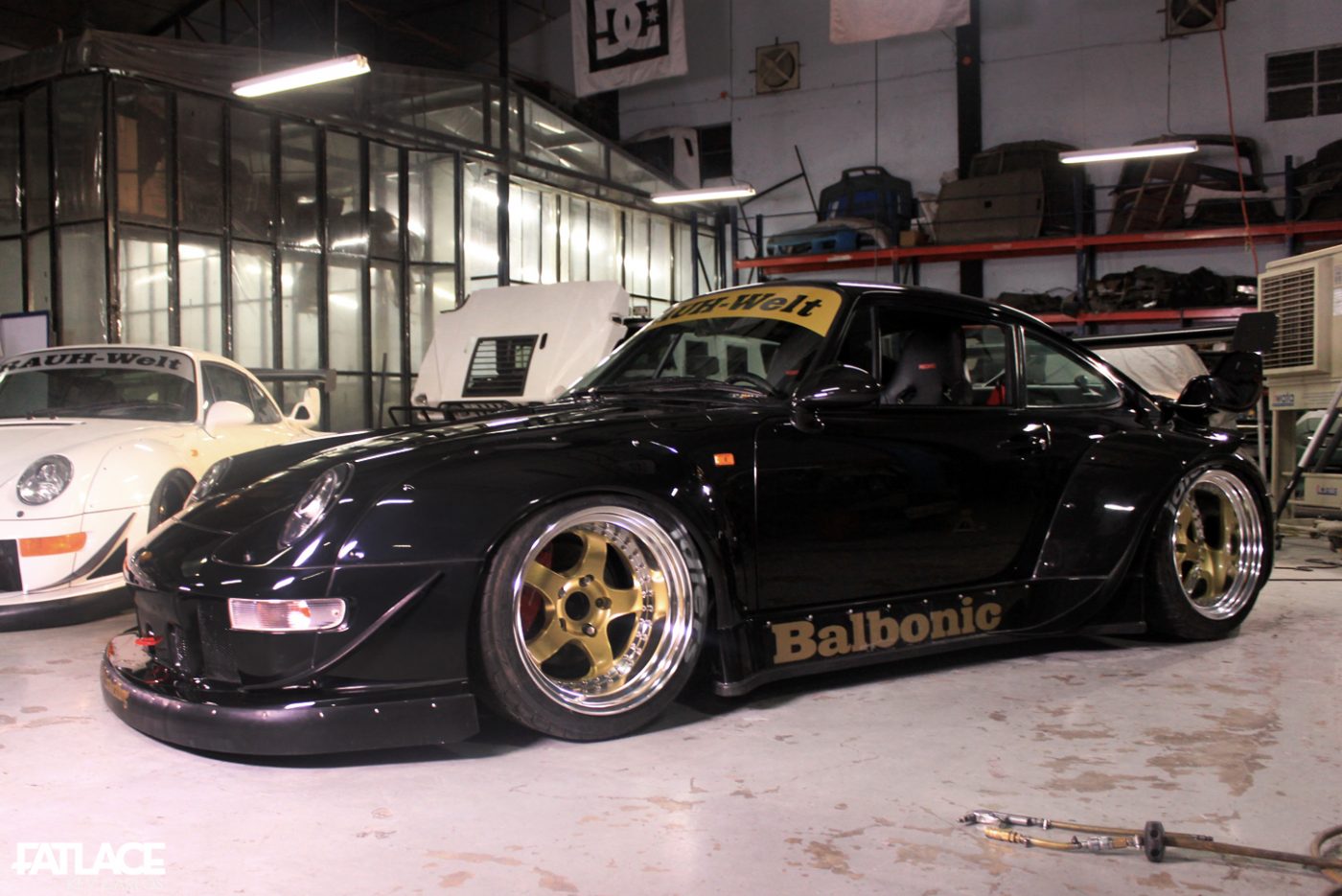 RWB Manila #8 is named after a prized racing horse who passed away. The horse was a champion and now reincarnates through ‘Balbonic’. 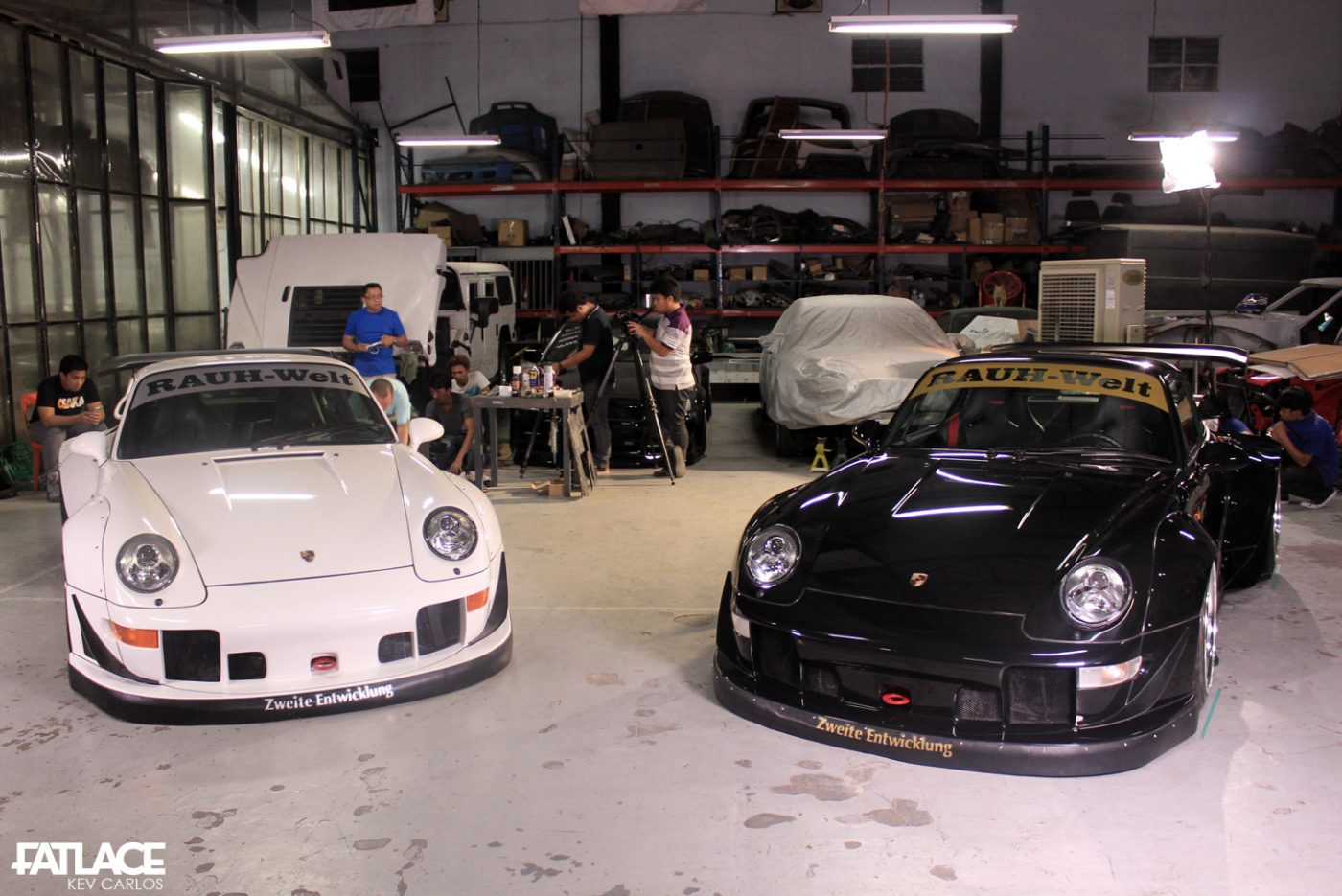 We appreciate things after knowing its significance in each of our lives. 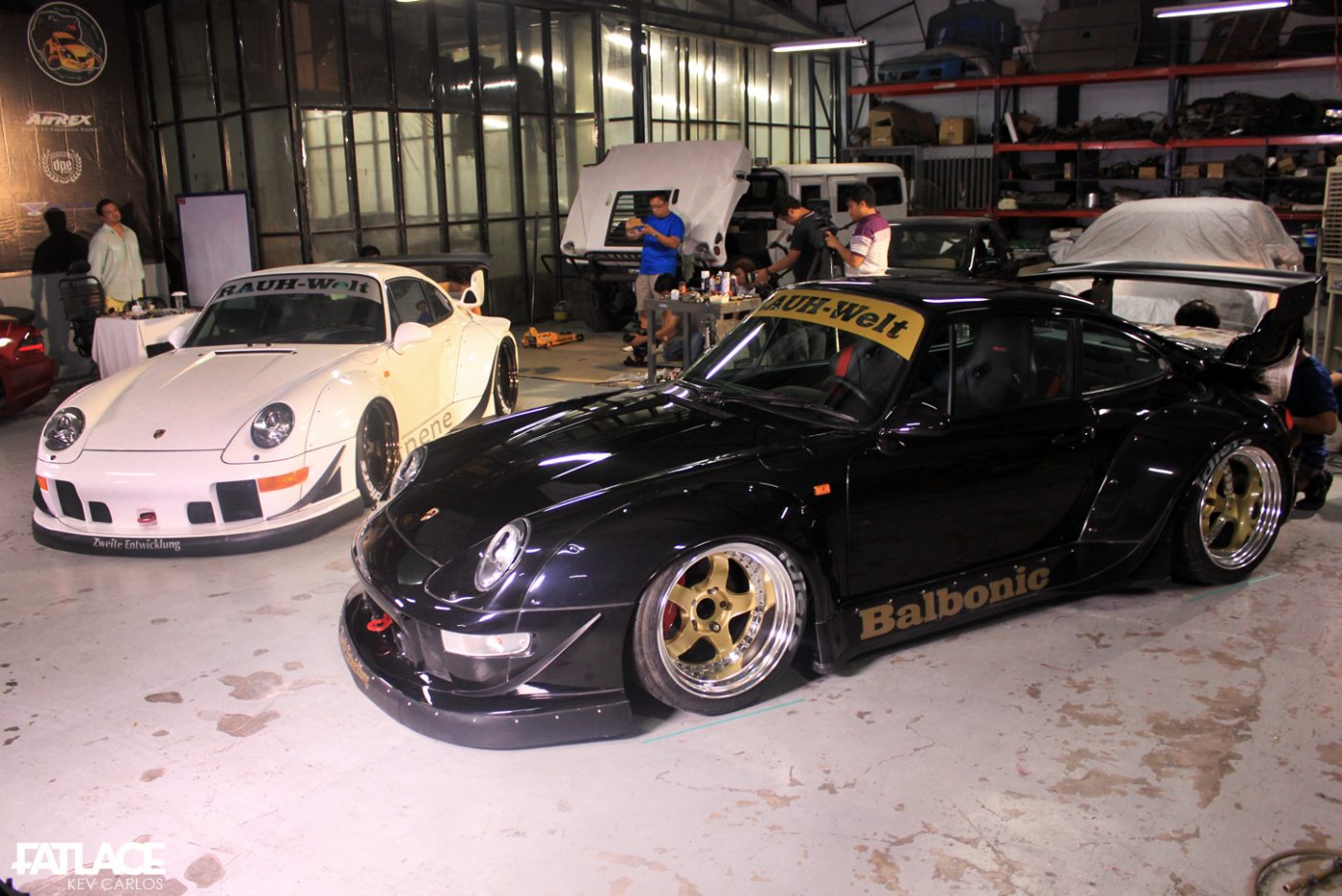 There goes a story of two friends who pay respect, Rough World style.