That Thing in Japan
Growing up, fast
Thanks Houston Astros Tickets for the support
GARAGE LIFE / Posted by Kevin Carlos / 14/07/2014

One of the cars that struck us in our hotel parking lot aka “mini carshow” was this red Lexus SC430/ Toyota Soarer owned by Koki Matsuyama. He rolled in together with Ichiraku Toshiya-San and the Ismart x 1048 style boys at the recently concluded Offset Kings Japan. Here are some of the photos. 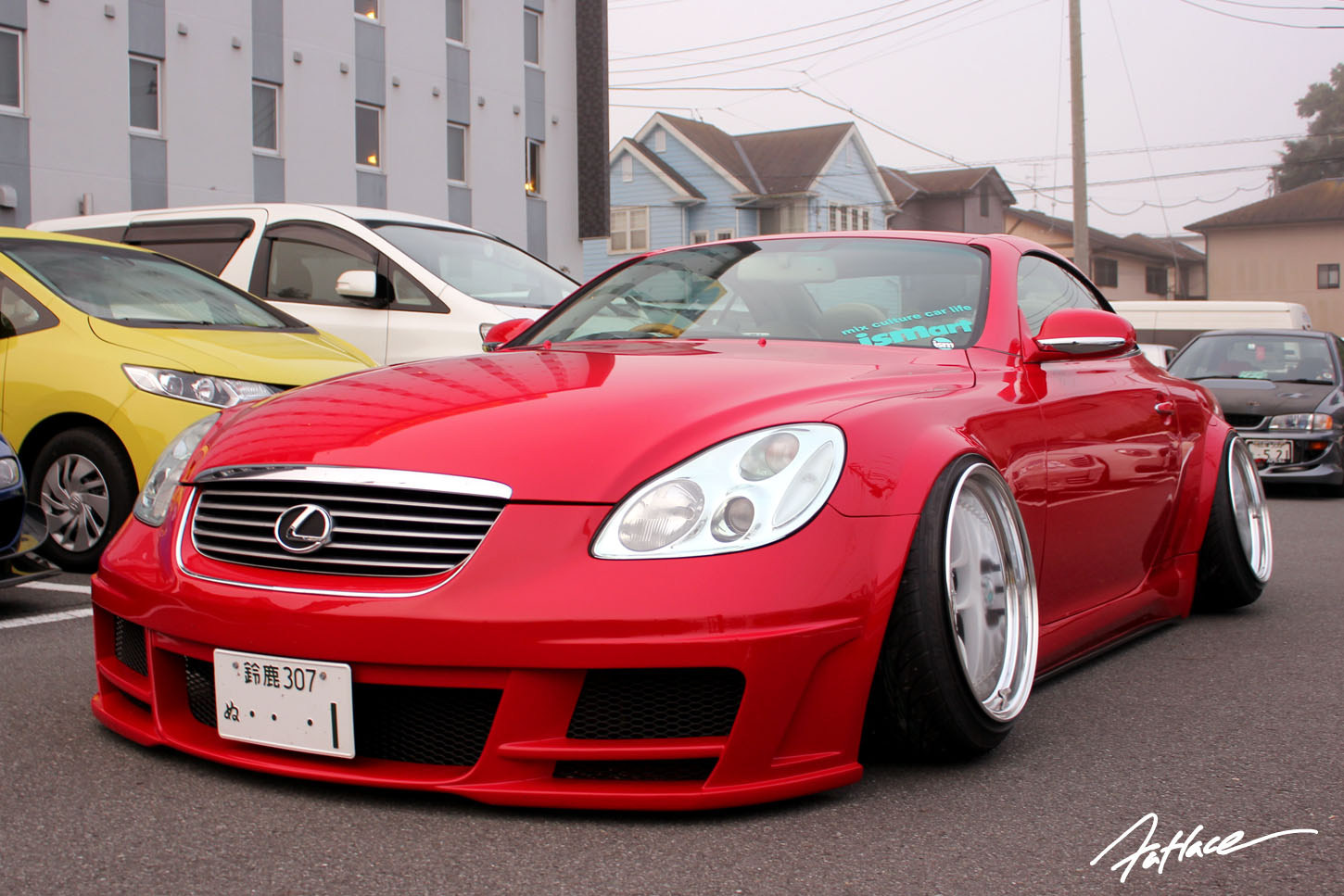 We took photos all night before the show but instead I will be posting these to accentuate the car. 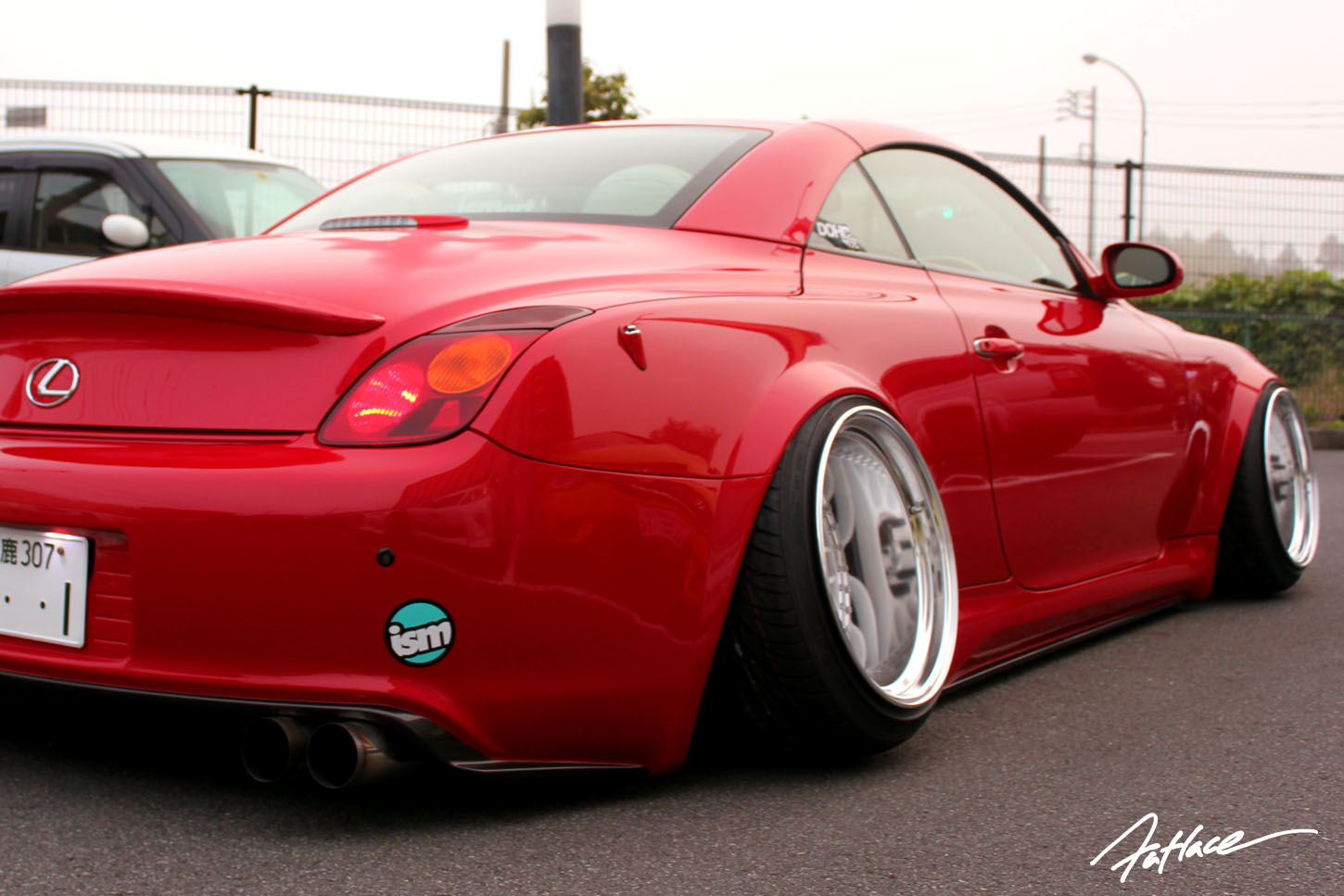 When photos surfaced online during the show, people were wondering on his suspension set-up. Matsuyama-San said that he running on air, “Air Force” suspension to be exact. 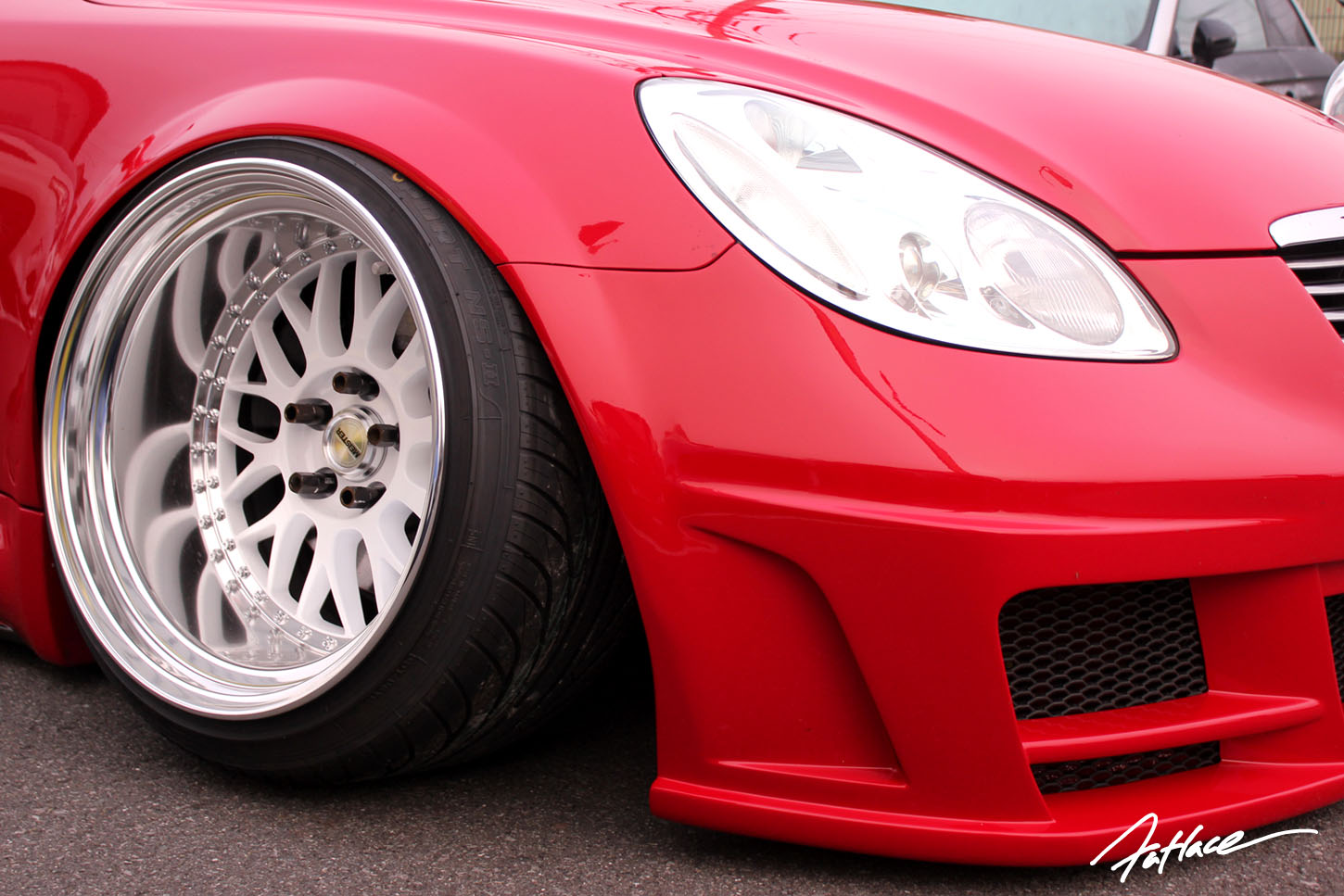 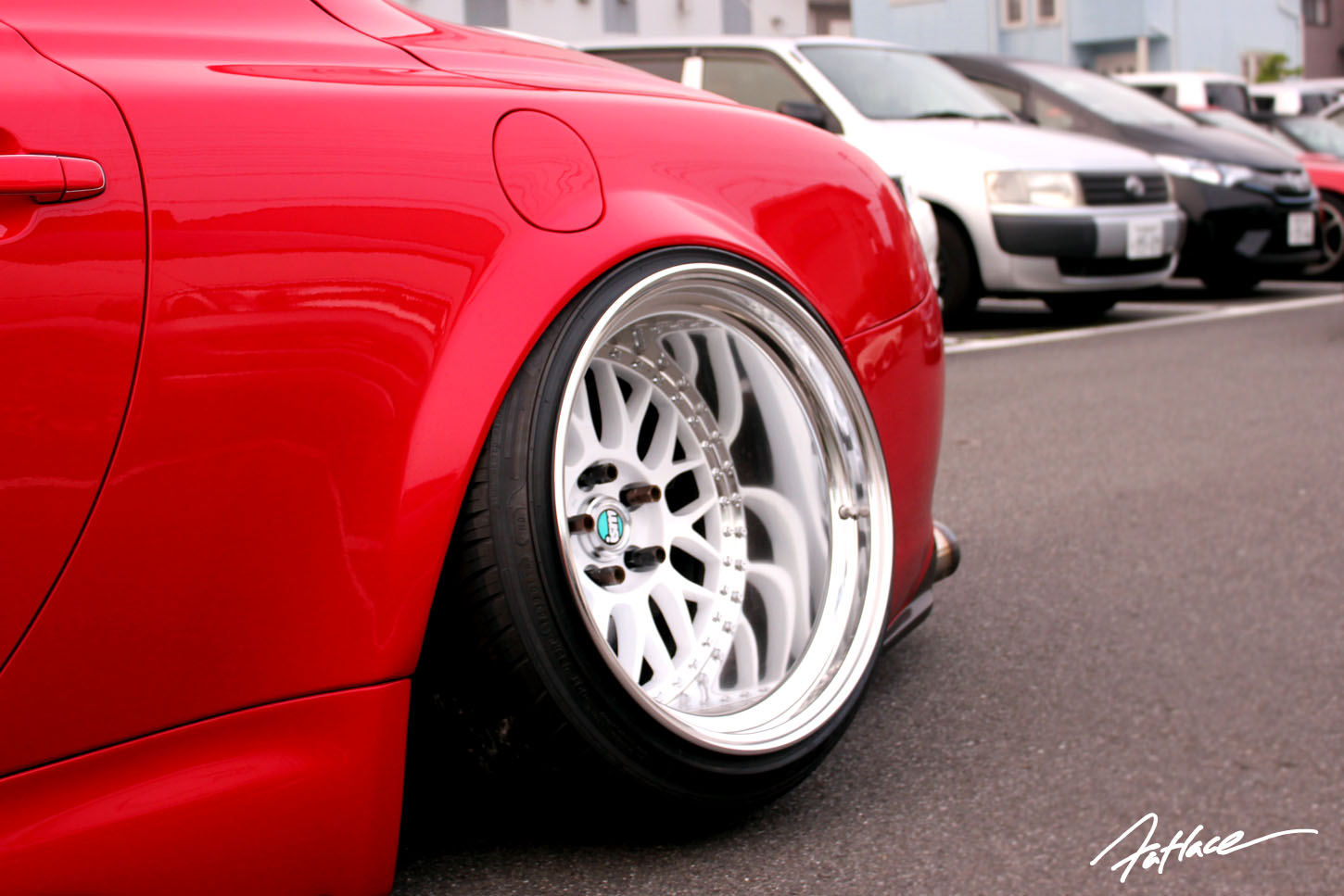 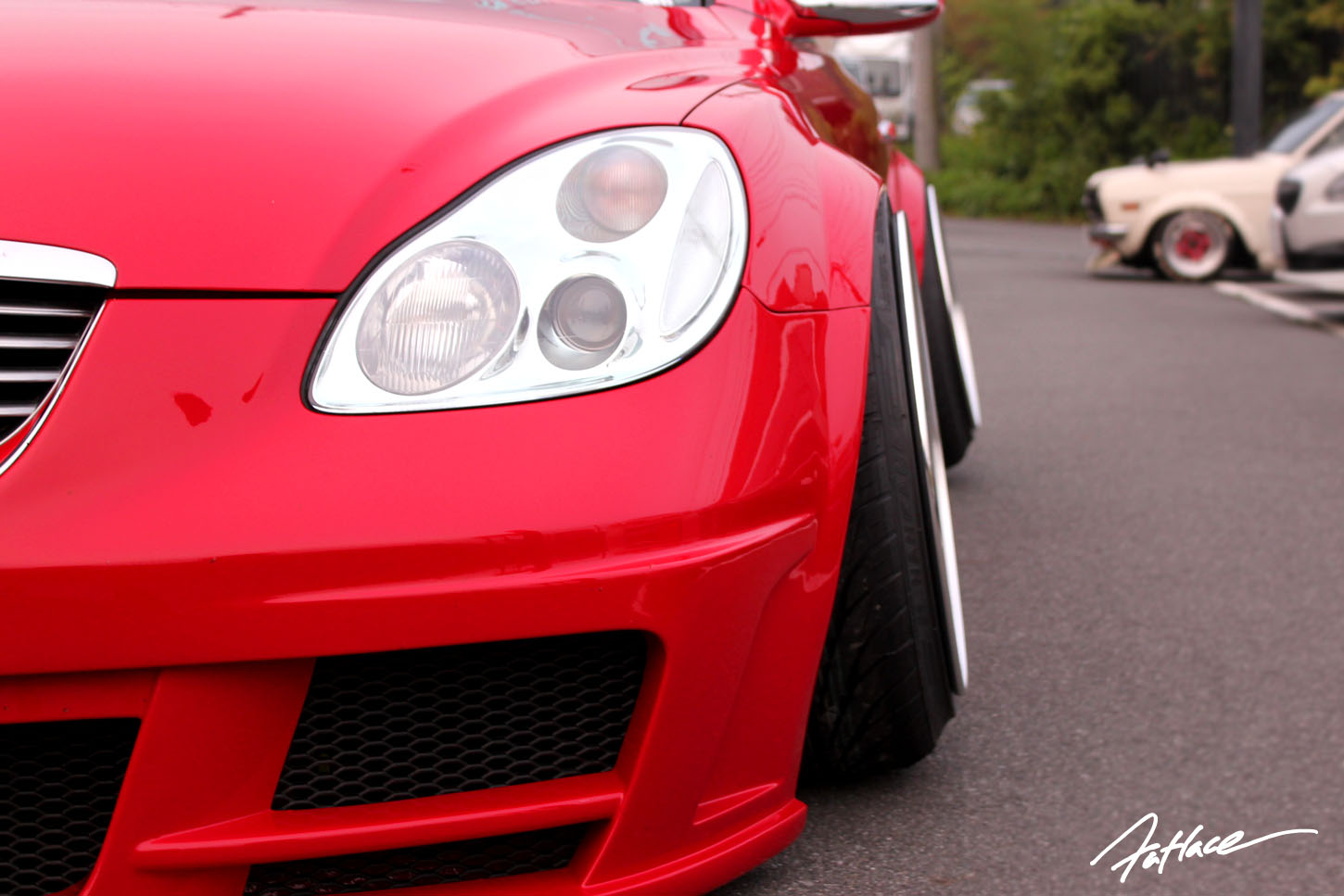 With the help of Otas cars and Ismart, his fenders were widened. They also modified his Artisan Spirit front bumpers, which I think that his path of deleting the fog lights helped his car achieve a cleaner look. 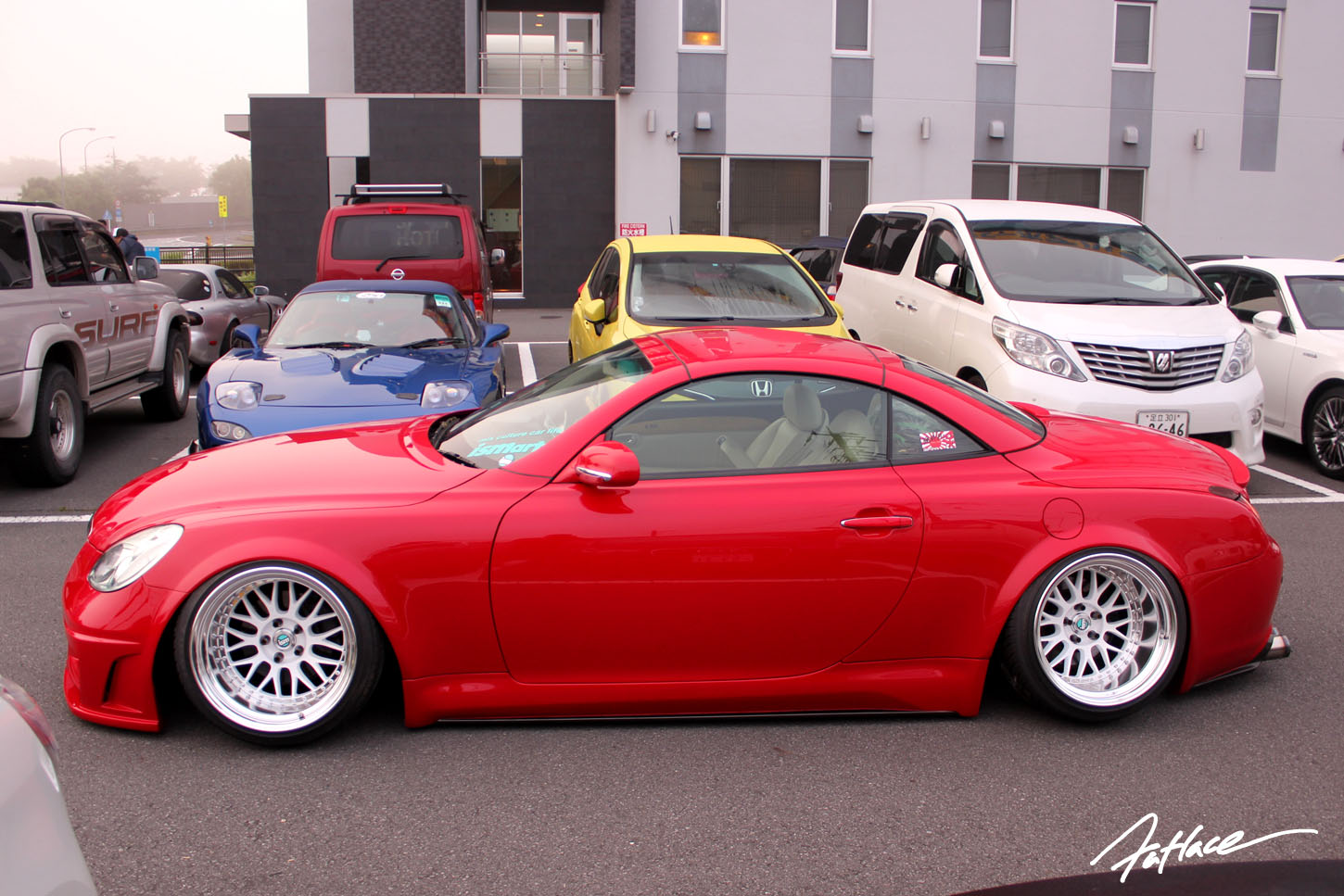 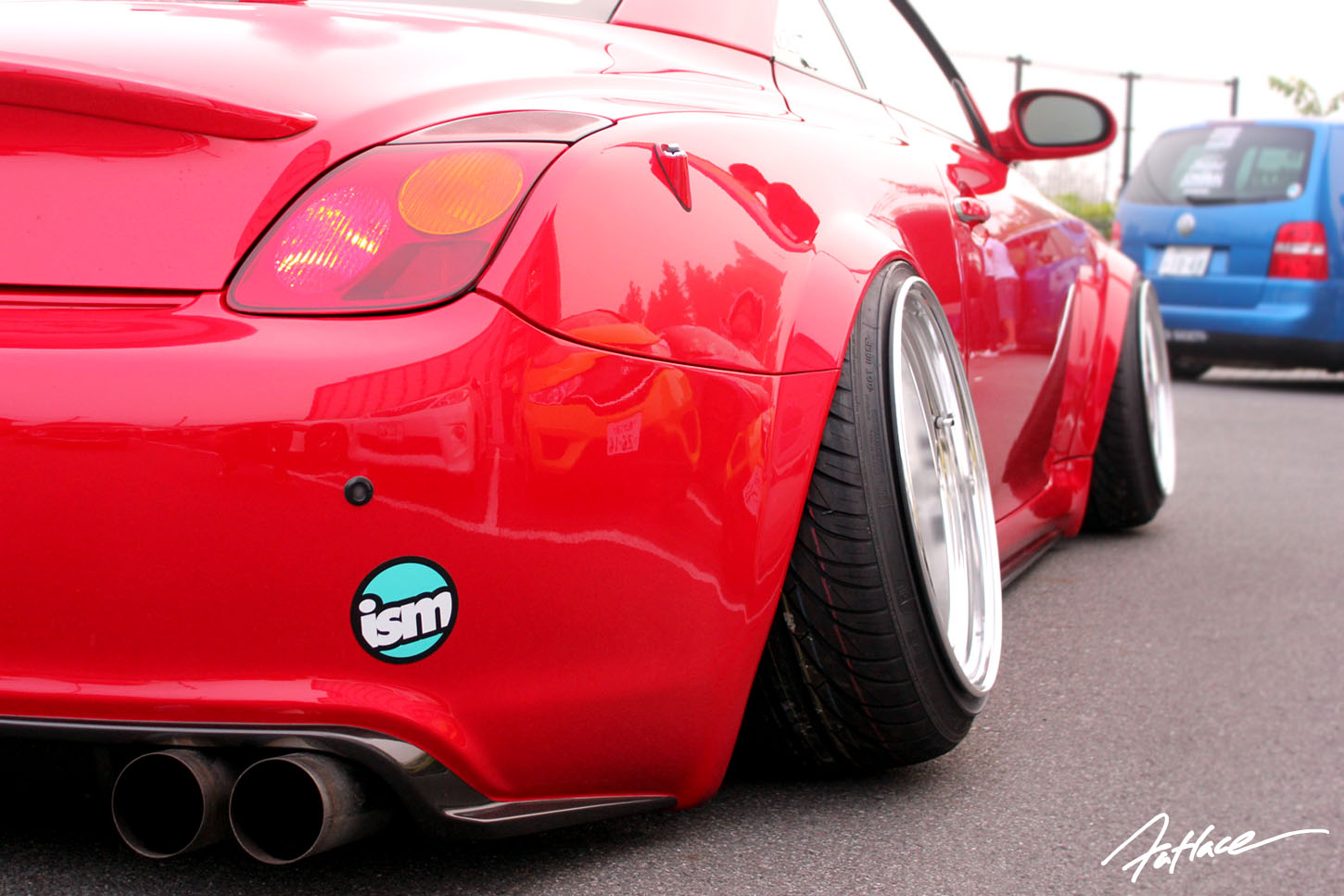 Rear choice for his bumpers are Artisan Spirit‘s. I was also informed that the car was completed to be showcased at the event. Some may not appreciate his oni-style and his ultra-aggressive wheel specs but what matters to him is how he made an impact on the VIP scene and yes the car literally broke heads at the event. 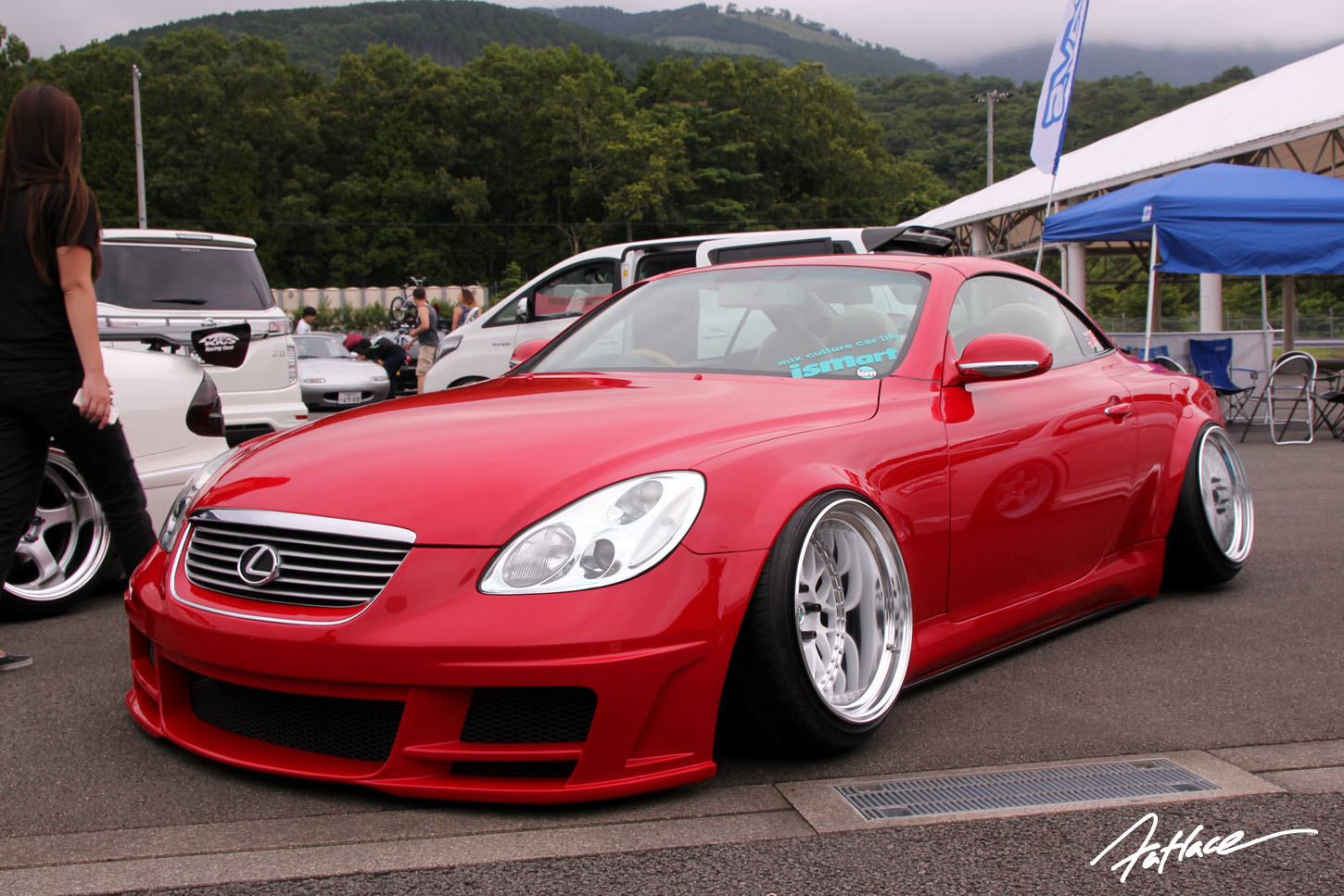 Building the car’s suspension, body work and wheel set-up was used the best(?) method, trial and error. Matsuyama-San was all smiles during our short conversation and with that I felt how contented he is with his build. 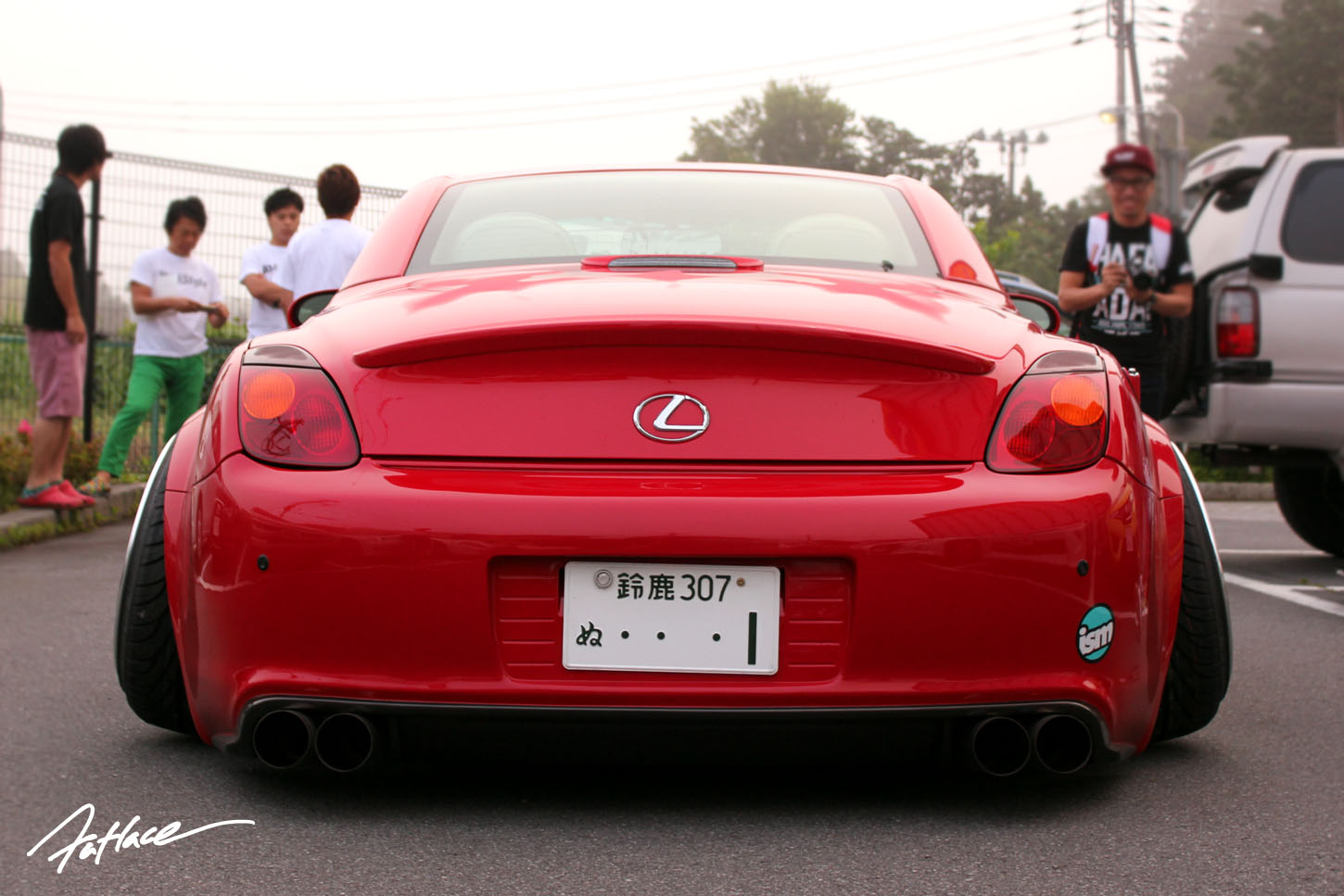 I will leave you with a mandatory “that ass” photo.

Hope you enjoyed the photos. Back to Offset Kings coverage in a few days.

PS: Thanks Anton Ngata and Vincent Cruz of AN Films for letting me use the lens