There’s something beautiful about a stripped down vintage motorcycle utilizing only the necessary equipment and modified for speed. The raw quality of these cafe racers brings back a nostalgic look at the past when guys wore Levi’s, white tee’s, and greased their hair back. The cafe racer has been making a comeback as of late and the popularity of this style of bike can be seen more frequently on the streets. 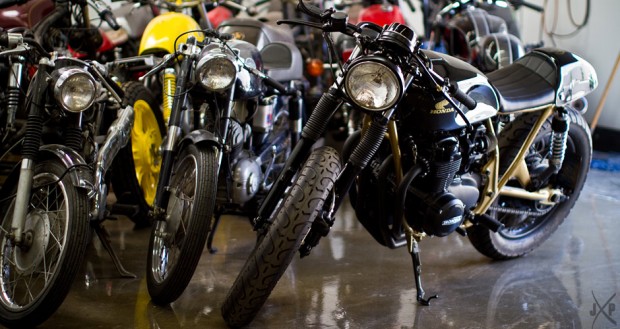 I had the opportunity sit down with one of the guys leading the way in the cafe racer revival, Jay LaRossa at his shop Lossa Engineering in Signal Hill, CA. Lossa Engineering has been around for 4 years and recently moved to a new facility within Long Beach, CA. If the name sounds familiar you may have seen him on television as he was featured on the Cafe Racer television program on Discovery HD Theatre. The new season airs tomorrow night, so be sure to catch it. 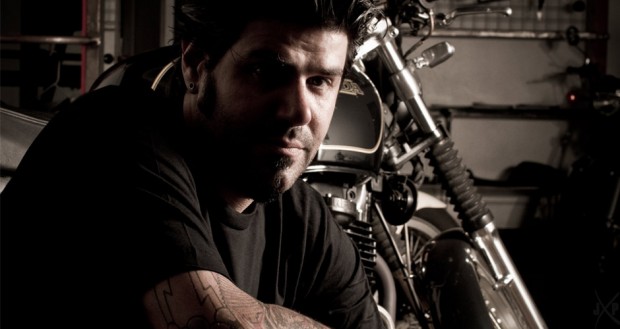 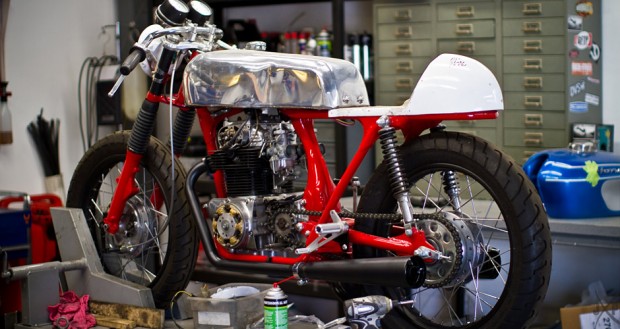 Jay’s history began like many other fabricators in the area by working on project cars and in his case the So. Cal mini truck scene, in which our paths may have crossed years and years ago, he also had a stint working for Jesse James at West Coast Customs. His love for bikes and anything on two-wheels (he also has raced BMX) brought him to start customizing vintage motorcycles specifically from the 60’s and 70’s. 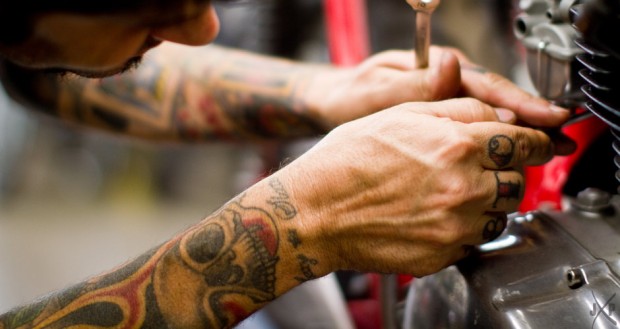 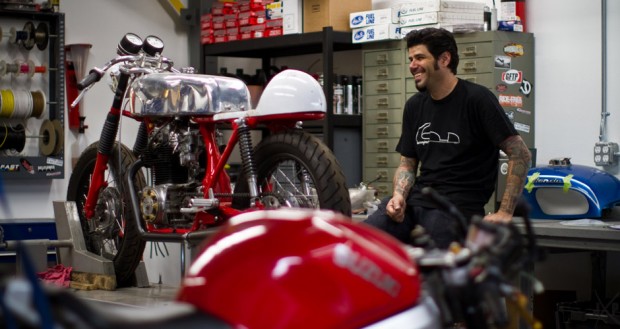 His custom work has been noticed and his signature style of using bold colors on these vintage classics has attracted the likes of many enthusiasts including actor/skateboard pioneer Jason Lee. The bike he built for Jason became a staple and many requests for the same or similar looking bike came as a result, while his natural reaction as a creative designer was to stop building that style and start creating fresh new bikes such as his new bike for Matix Clothing. He told me that he has so many ideas to get out that he never wants to build the same bike twice. As a car builder I often have the same problems with not wanting to build the same car, but developing a signature style and exploring various creative concepts. 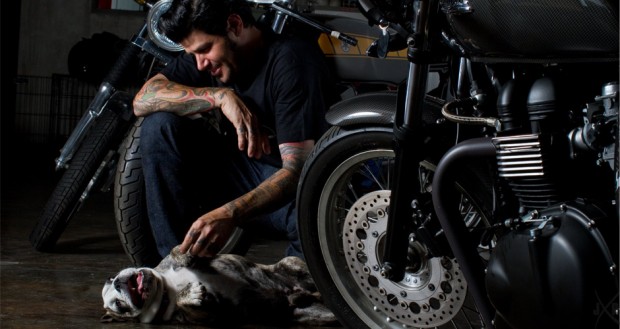 The problem with some builders out there is that they lack vision or rather they lack their “own” vision. Jay isn’t afraid to push the limits of his builds and looks at it as an art. With cafe racers growing in popularity his business is sure to stay solid, but he knows that more people will jump on the band wagon once they see an opportunity. His confidence in his build quality is what separates him from the rest. If it does stop making him money though he is capable of diversifying and building practically anything from next to nothing. What’s next for him…hybrid bikes, new motors to make it something new, or even a dirt bike inspired cafe racer could be possible. Whatever it is – it will be built to last. 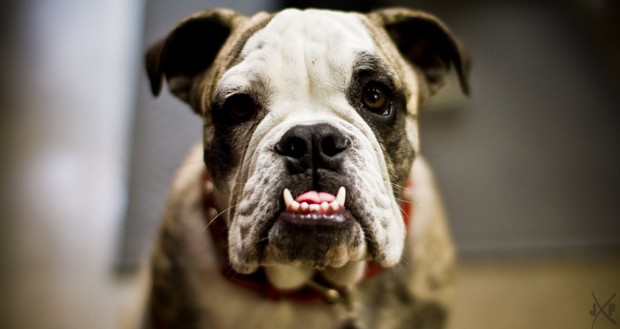 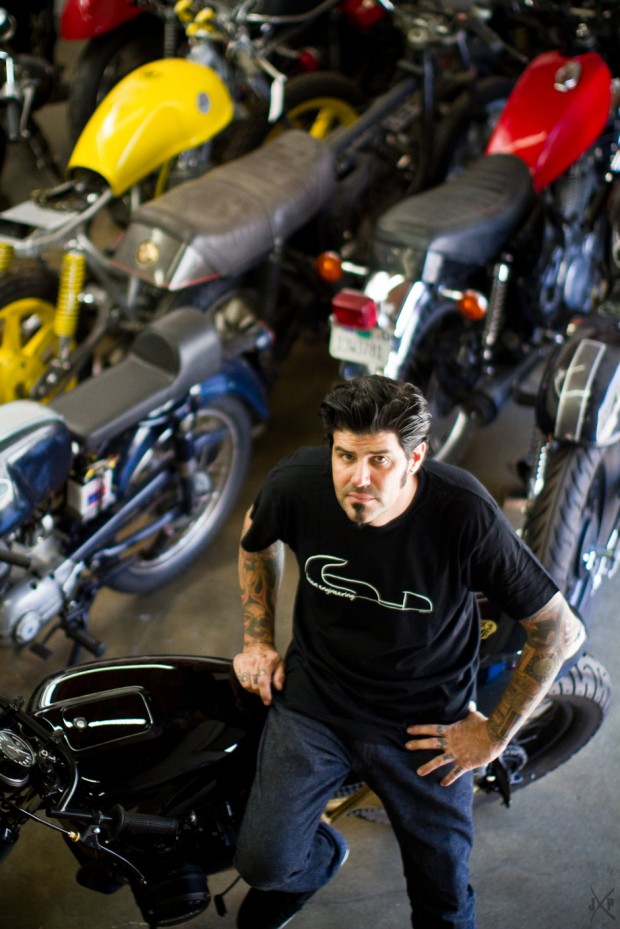 This Sunday August 7th Lossa Engineering is hosting their first Open House event. Be sure to join in for food and drinks and chance to check out the unveil of a new bike. For more information visit www.lossaengineering.com.

For behind the scenes on the photoshoot(s) take a look at my blog at www.jpangilinan.com and check out the new article in Skinnie Magazine w/ my photos.