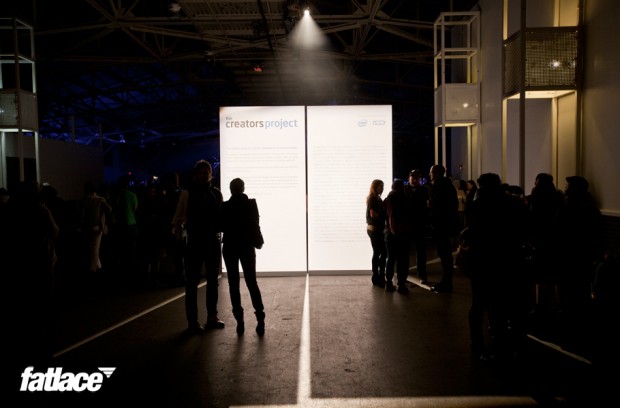 When we first heard about The Creators Projects at Fort Mason, hosted by Intel and Vice, we had no idea what we were going to see. We knew there were some performances, but other than that, we really didn’t know what to expect. 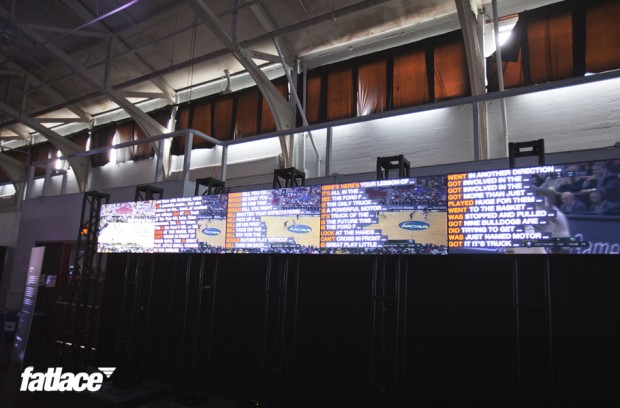 Turns out the Creators Project is an event held to showcase the works of people who utilize technology to express their creativity. Most of what was shown were examples of what happens when these creators take existing technology and develop new methods to interpret data. These series of screen, for an example, was a software programmed to read off of a live channel on the first screen and recognize the most valuable words or pictures images on the other screens. 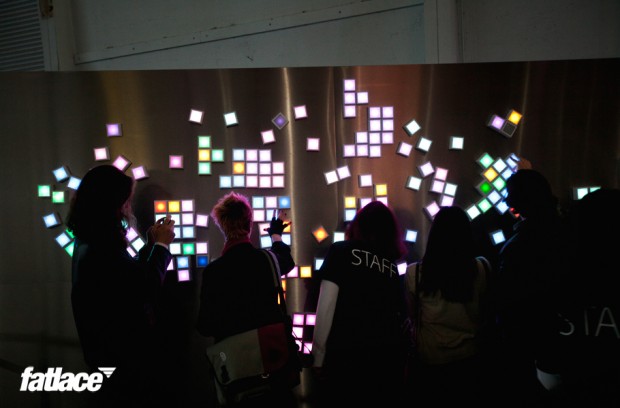 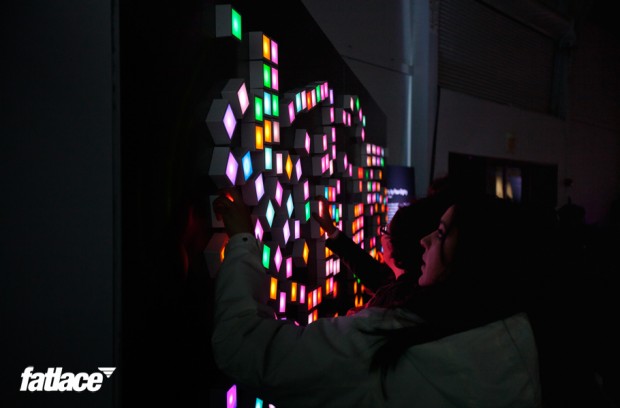 These cubes lite up different colors based on where they were placed, though to be honest, it seemed like people weren’t too interested in that and were just trying to make images with them. Many of the pieces that were shown were interactive. 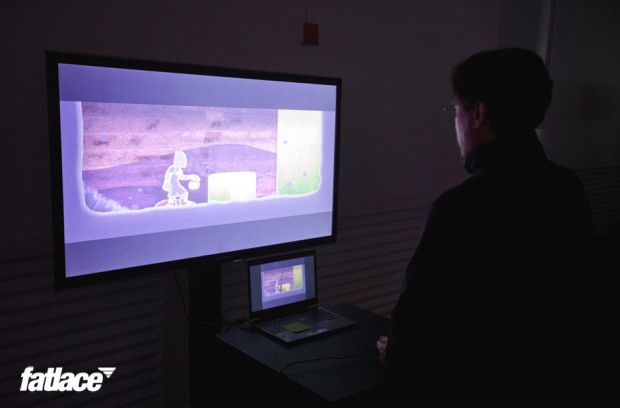 From the more traditional video game… 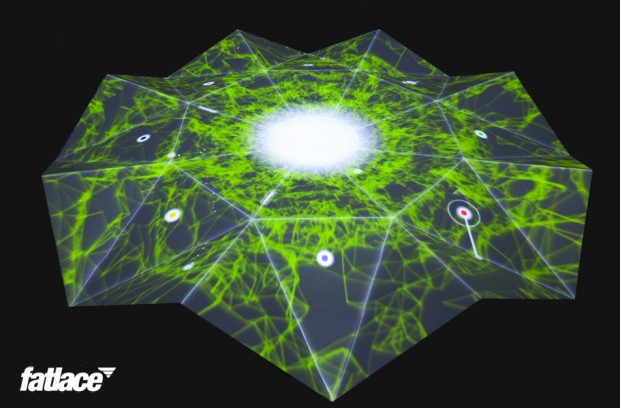 …to more advanced games projected onto a 3D surface… 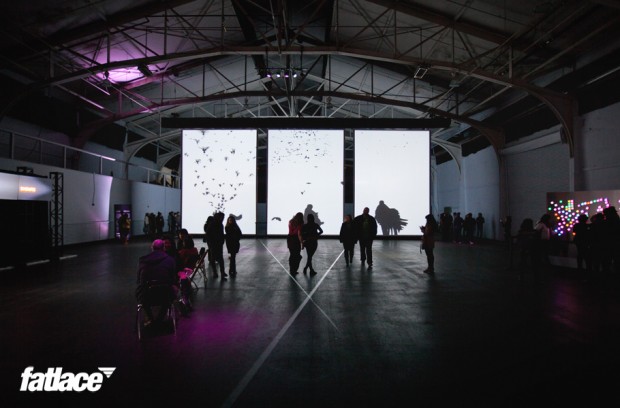 …to grand scale demonstrations that took up much of the warehouse. 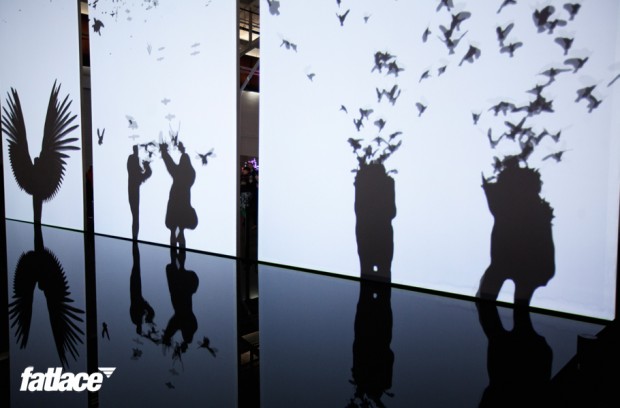 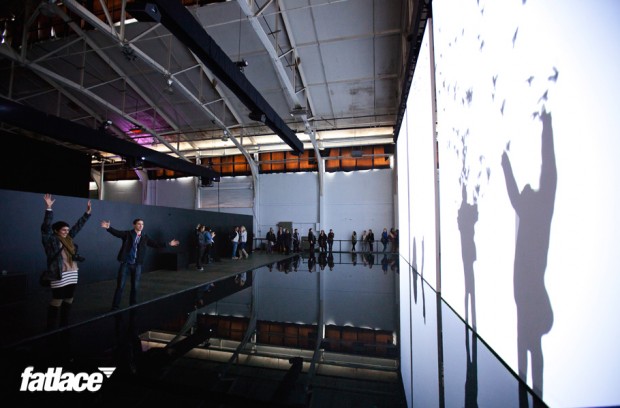 On one end of the screen, the side you first see when entering the warehouse, all you see is the outline of people turning into birds and flapping their cars with feathers attached. When you walk around to the other side, you see that the images on the screen imitate the actions of participants in front of some motion sensors. 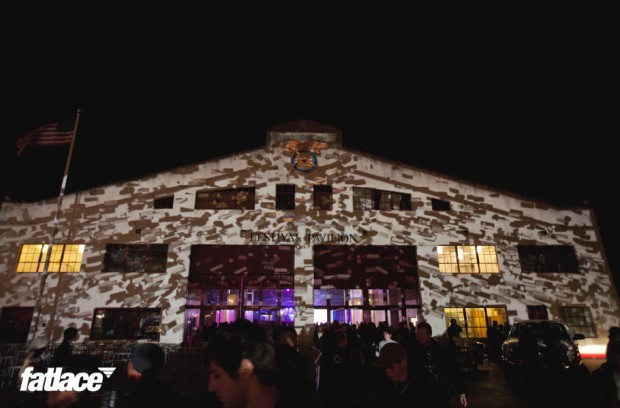 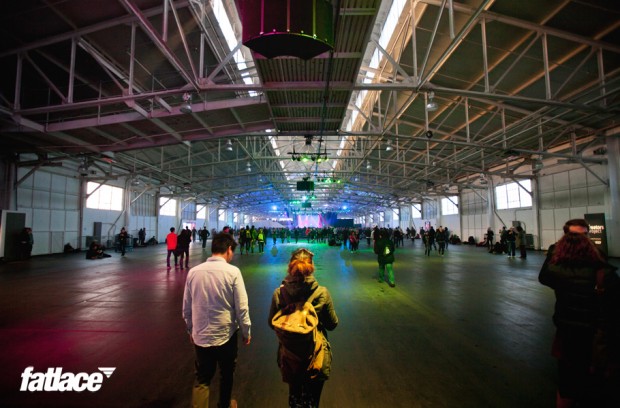 Now what about those performances mentioned earlier? Once we were done checking out most of the pieces, we went to the warehouse next door. 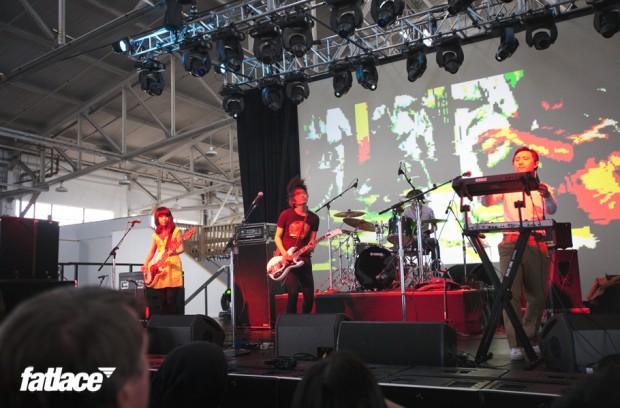 The first band we caught was New Pants who flew in all the way from China. 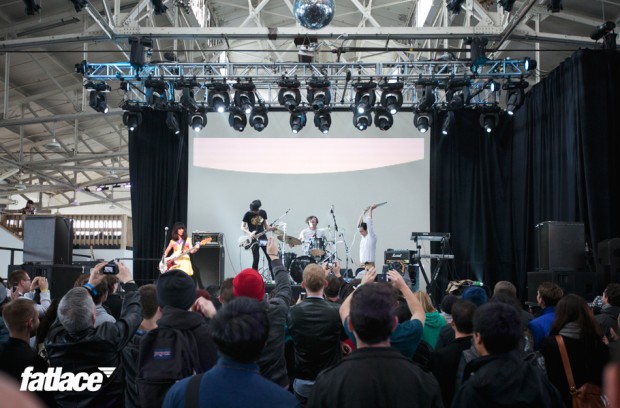 They definitely had a lot of energy, and apparently a hatred for old iMacs as the lead singer at one point kept smashing one onto the floor. I thought this was an event in support of technology? 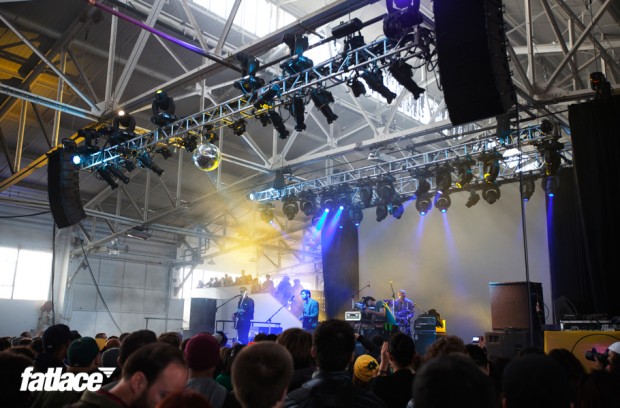 Next we saw the Teen Daze followed by the haunting sounds of The Antlers. 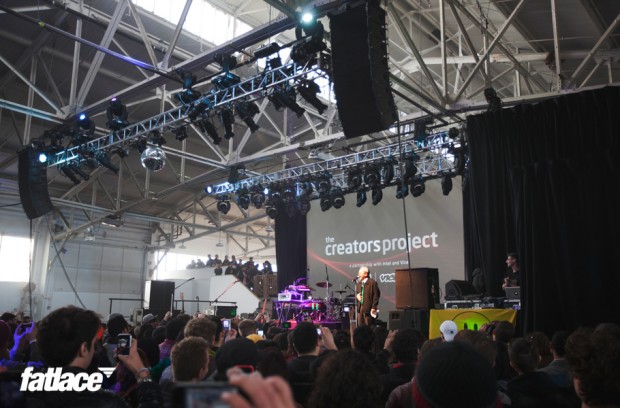 At the end of their performance, the SF’s mayor Ed Lee thanked everyone for attending and supporting the creators. 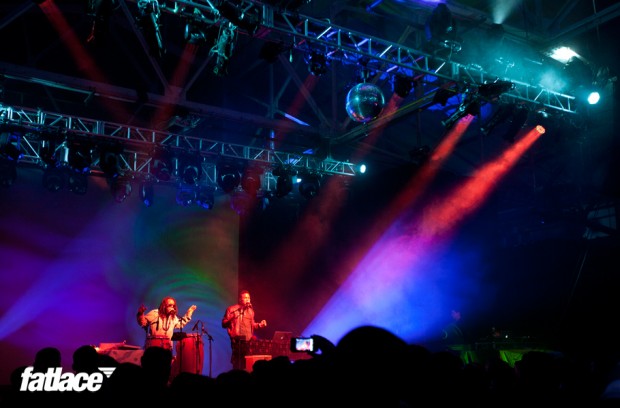 Later that night, the unique performances by Shabazz Palaces got the crowd warmed up for the biggest name of the night… 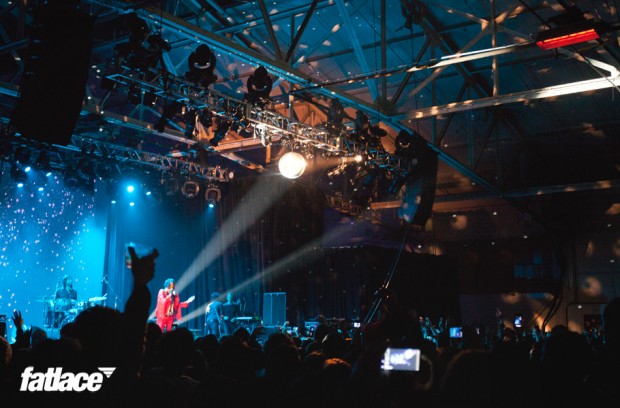 the Yeah Yeah Yeahs. The energy from both the band and the crowd was crazy. After they finished, we started to head out, but not before checking out the biggest piece of the event. 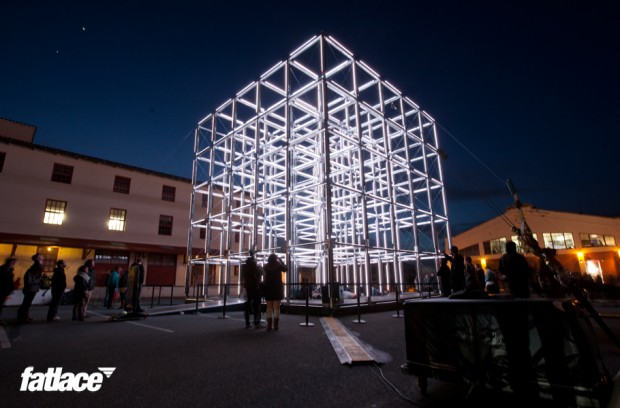 The Origin was a huge cubic structure with 3 meter x 3 meter cubes within, all strapped up with LED strips and hooked up to a loud sound system. 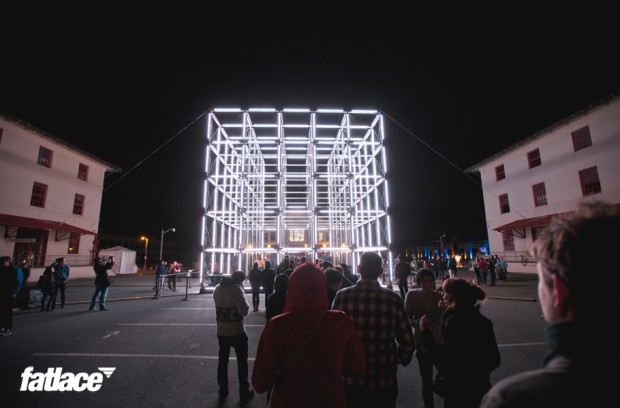 The thing is, it doesn’t just stay lit up as it’s shown here in the pictures. These were actually the few brief moments the whole thing lit up. Most of the time, it had some crazy patterns going on with the VERY loud sound system assisting in the experience. It really is an experience you have to do yourself to get it. 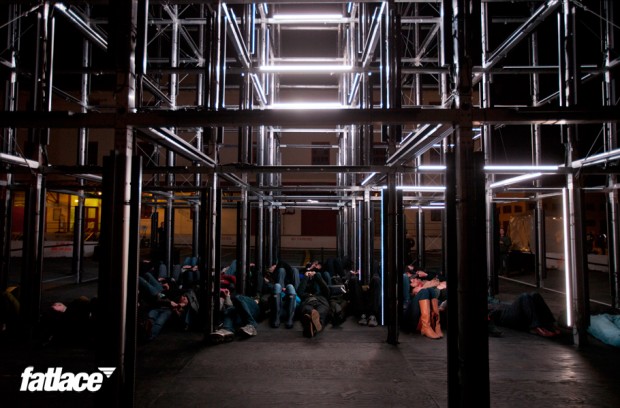 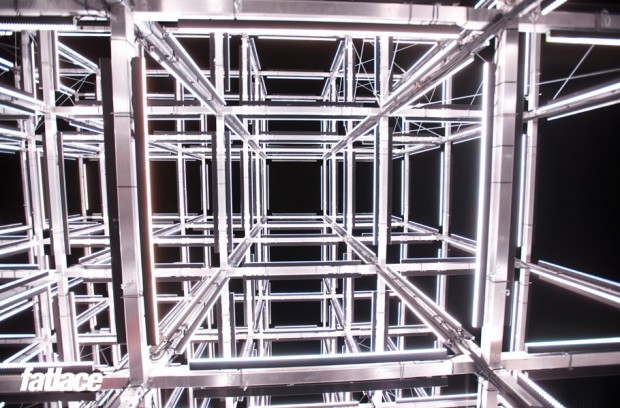 A surreal way to end the night.

1 thought on “The Creators Project”