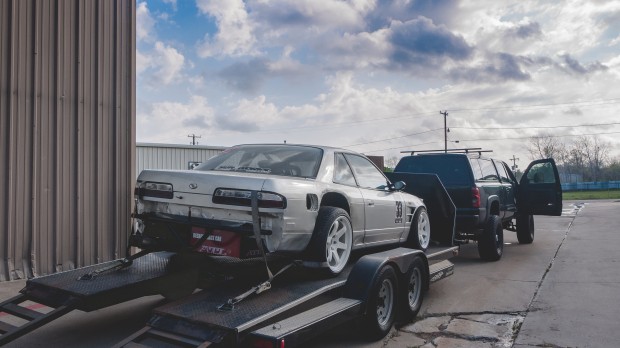 I had the pleasure of hanging out with my good friend Stewart Leask for the first round of the Lone Star Drift series. But before he could get into any door to door action, car setup was key. This meant a nice long stop at Autocomp Racecars, were Marty could work his magic on the car. 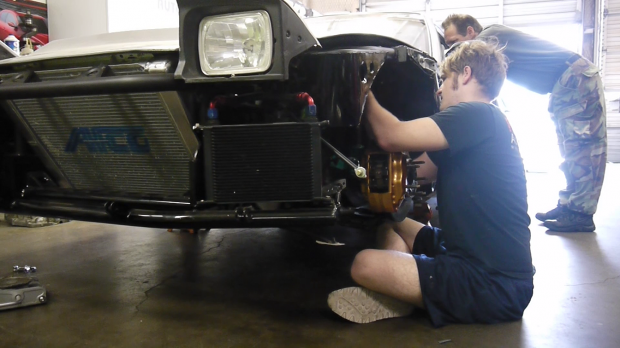 The first 4-5 hours were dedicated specifically to bumpstop adjustments and tooling around with preloads. Next they found the stroke lengths they were satisfied with for both compression and rebound. 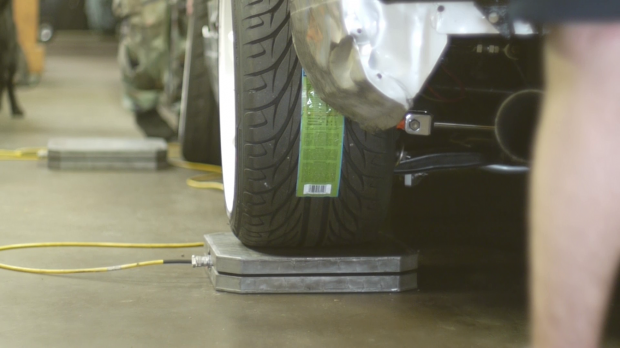 Once that was all said and done it was time for the scales, needless to say both Stew and Marty were very happy with the results and already working on car setup for XDC Rd1. Next stop was PowerFab for a nice long break in session for his new ring and pinion gear from the 350z differential install. This was going to be another long night on the dyno but well worth it. 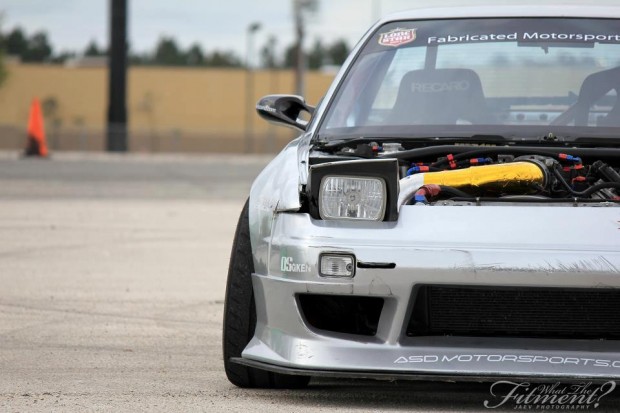 Next day bright and early we were at the track around 7:30am, unloaded the car and stew was off to test out the new 2012 car setup he has been working on. 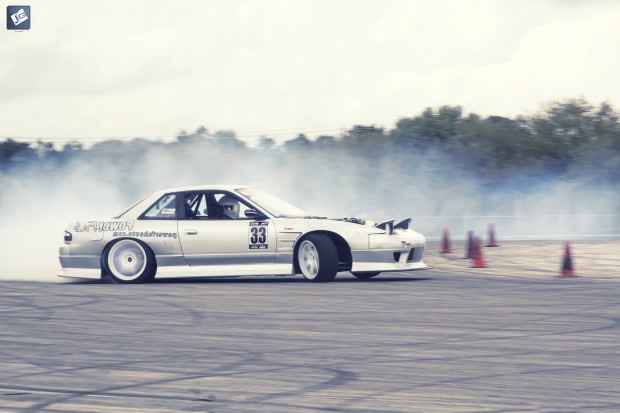 As you can tell from this pic, Stew setup has worked out flawlessly. Putting down the power were it is needed and providing a lot of forward grip to bang doors with the best of them. 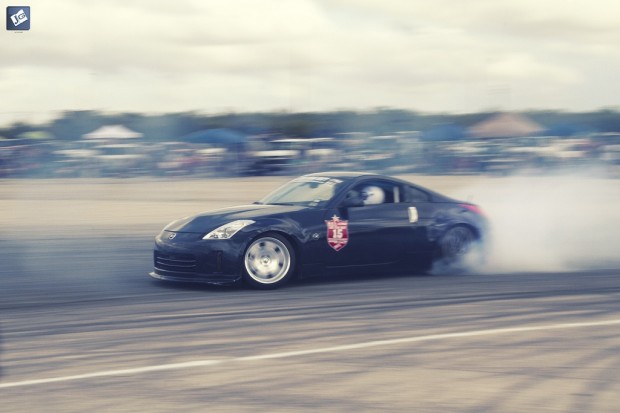 As practice went on, another friend of mine was killing it. Mario Gomez was laying down some nice smoke and sick angle.. Props to him.. 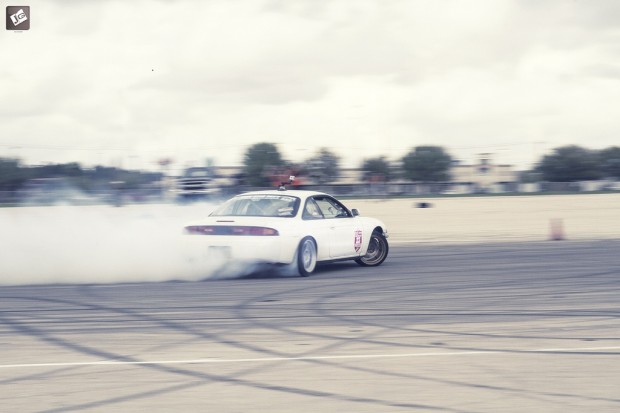 Some of the other cars were laying down the smoke and angle. 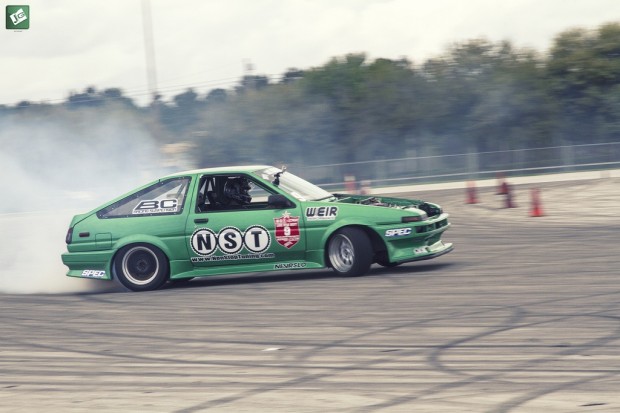 Will Parson was a man on a mission at Rd 1 and it showed in the way he drove. 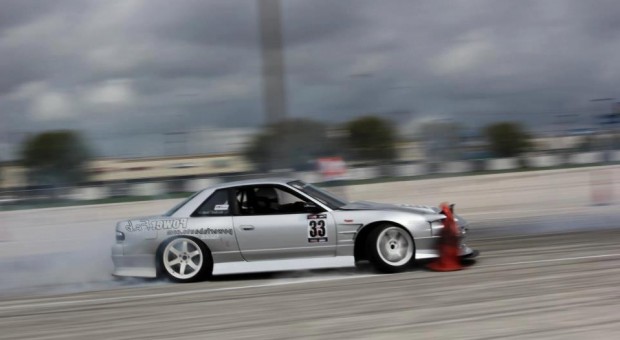 As practice session was over and qualifying took off. There was no surprise that Stew was a top contender placing in 6th place. Stew ran a perfect line by the judges and laid down tons of smoke and angle but due to a new seat Stew had a hard time judging the front of his car and tapped a couple of cones which caused some point deductions. 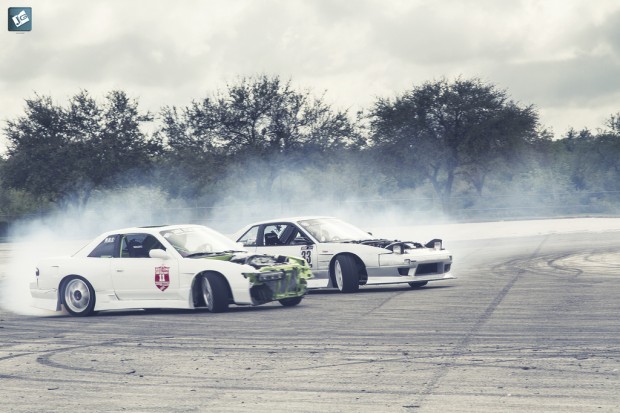 Top 16th was no match for Stewart, he moved right along to top 8. 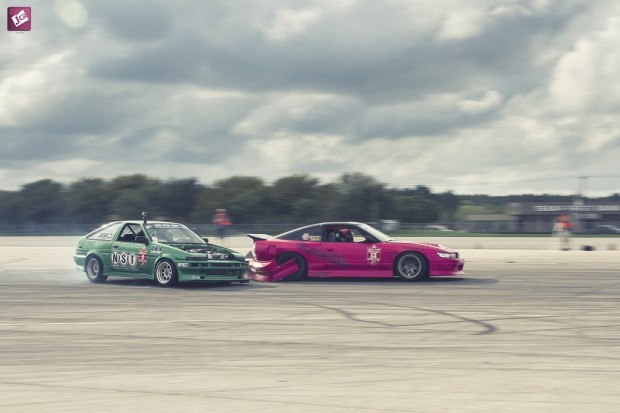 Will also moved on to the Top 8 were he would meet up with Stewart. 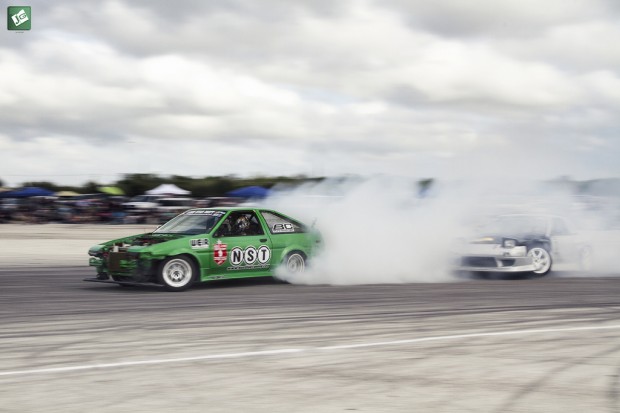 Now this was the battle for the ages, I never got so many goosebumps in my life. When these to meet up at any event, you better believe some paint is going to be swapped and doors are going to be knocked. 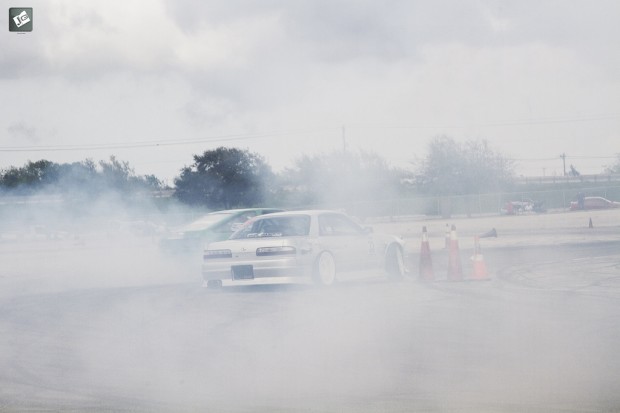 Both cars lay done tons of smoke, one could only image how they see. 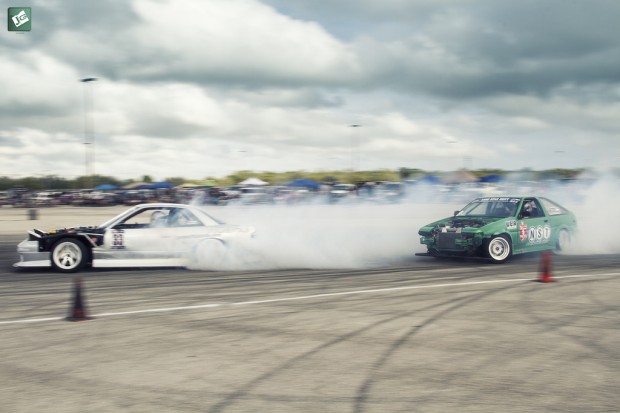 The first match up was so close the judges asked for a one more time. Which seemed to excite the crowd,  how could one disagree with this discussion. 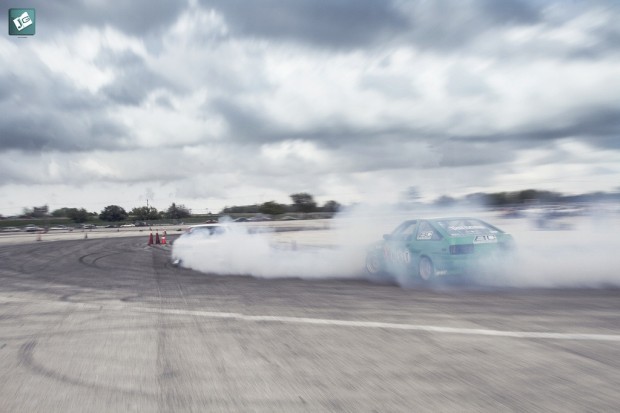 This time around Will had the slight advantage as Stewart made a little hiccup on his follow run. Needless to say both parties were really happy with there runs as they both pushed themselves to the limits.

I spoke with stew after the event and he was very happy with how everything went. He felt it very important to let me know he couldn’t have done it without help from all of his sponsors…
-PowerFAB Automotive
-ASD Motorsports
-OS Giken
-Swift Springs
-Tein Suspension
-Chargespeed
-Texas Drivetrain Performance

I would like to say thanks to Aaron Losey and the Fabricated Motorsports team for putting on a sick event. Can’t wait for next round.