A few days ago I was invited to meet up with my fellow RWB friends to catch up with Nakai-san while he was in socal building Vince’s (iforged) Porsche 993. As many of you are experiencing this heat wave I wasnt really looking forward to the weather in LA knowing it was already 90+ in the bay area. The good thing was that I had just come off a plane from Manila so I know nothing could be hotter than it was over there. 🙂 Anyways, I’ll try to entertain you with commentary so you can get through this post without being bored of seeing these extremely ridiculous cars… 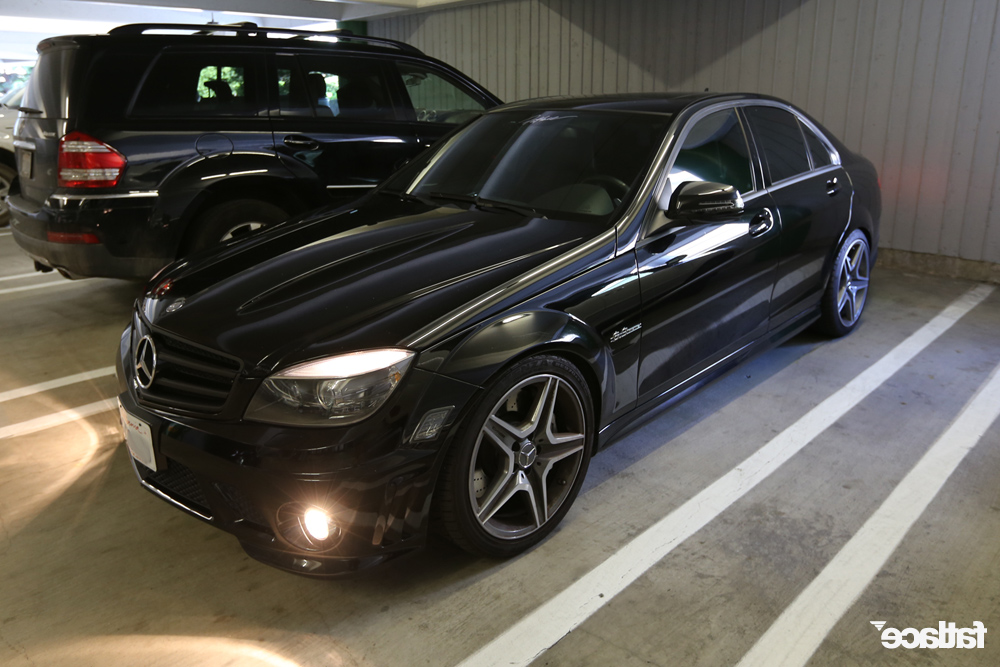 Parked the car on the 2nd level in the United Airlines Terminal 3 not knowing that we would be flying out of the International terminal. Weird how they’re migrating over to International cause they’ve run out of space at Terminals 69-89. 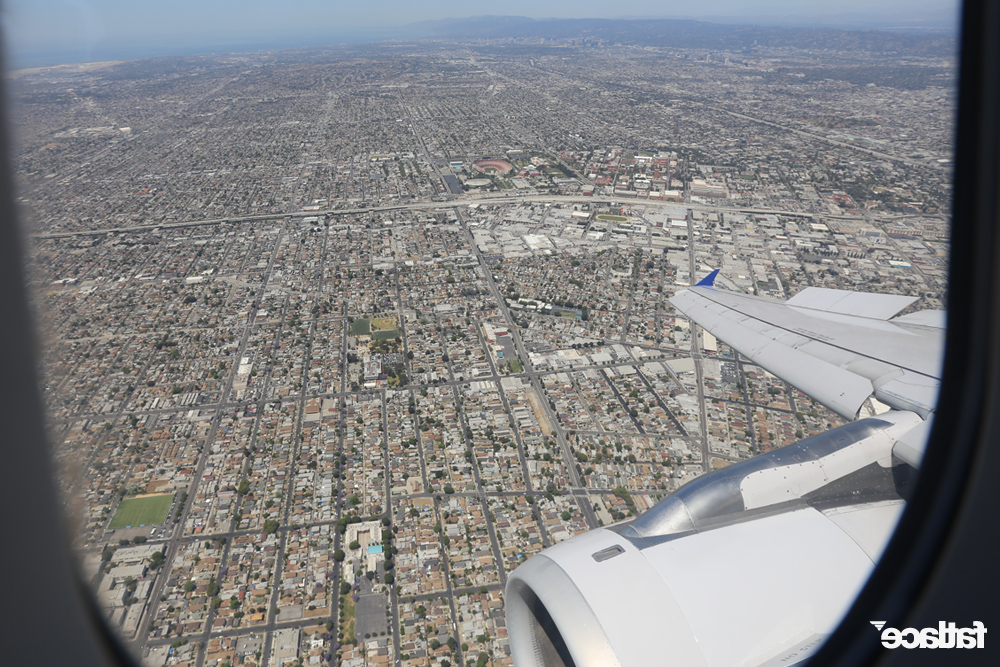 Considering Los Angeles is burning up at almost 100 in some places, the air looked relatively clear. Usually that grey smog up on this image has a little tint of orange/brown to it. It was still 11am so who knows, it probably turned brown in an hour. 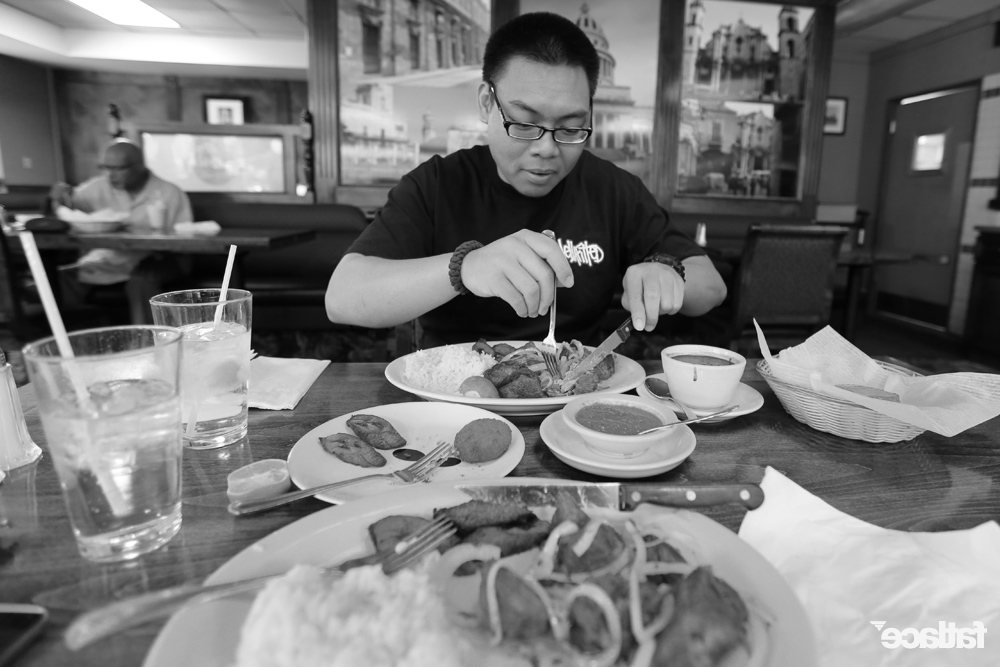 After landing and being almost lunchtime, Dat and I decided to stop by Havana’s Club in El Monte since its yelp reviews were almost excellent. It’s a cuban restaurant so most of you that goto cuban restaurants know what to expect. Meats, Plantains, Rice, and good eats. 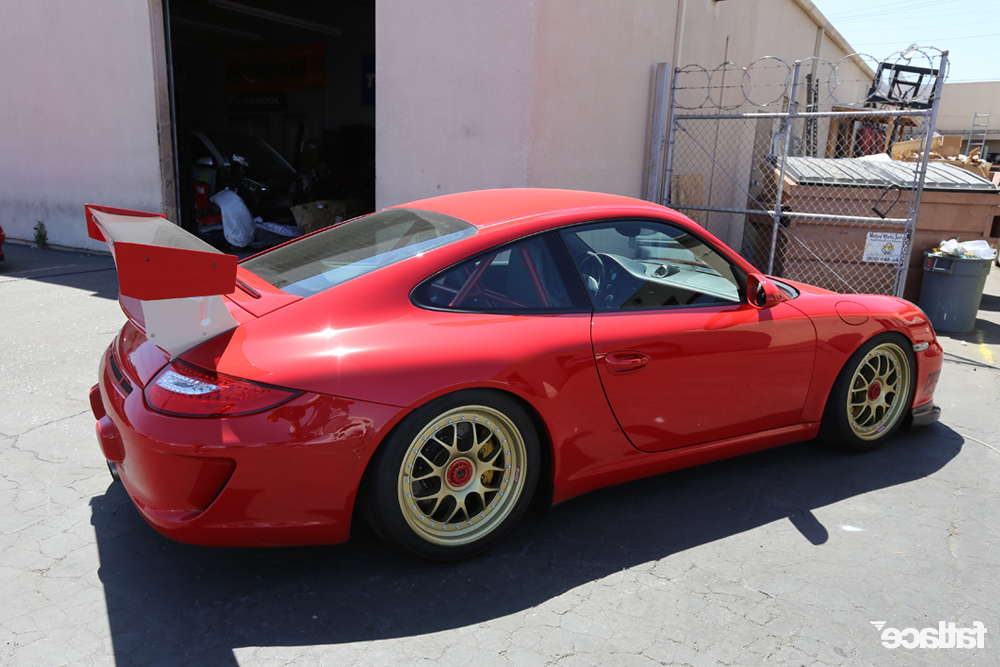 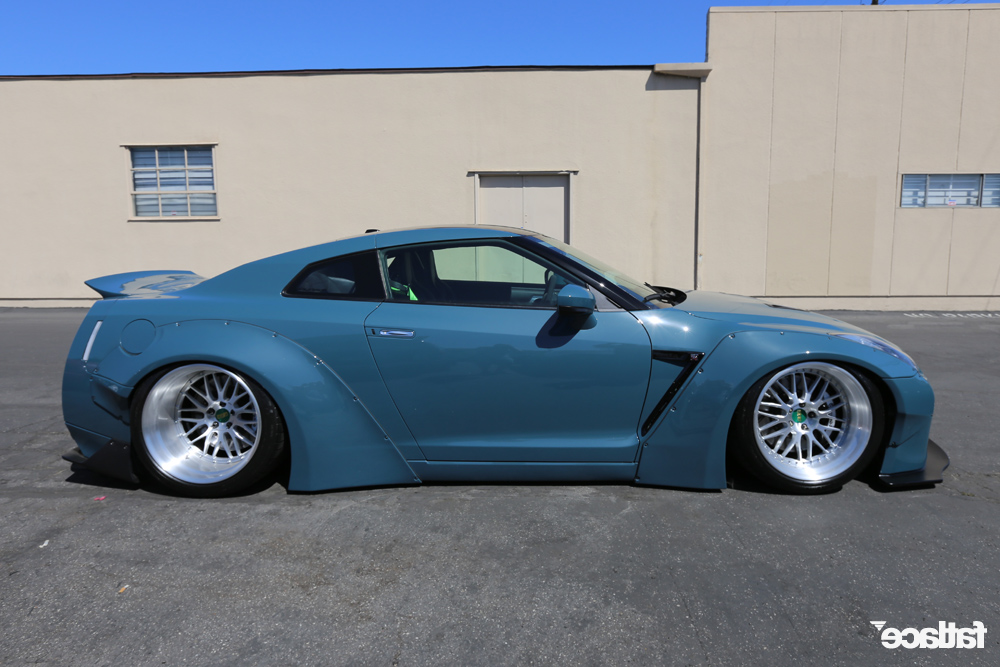 …and a Liberty Walk GTR was sitting pretty outside as well. 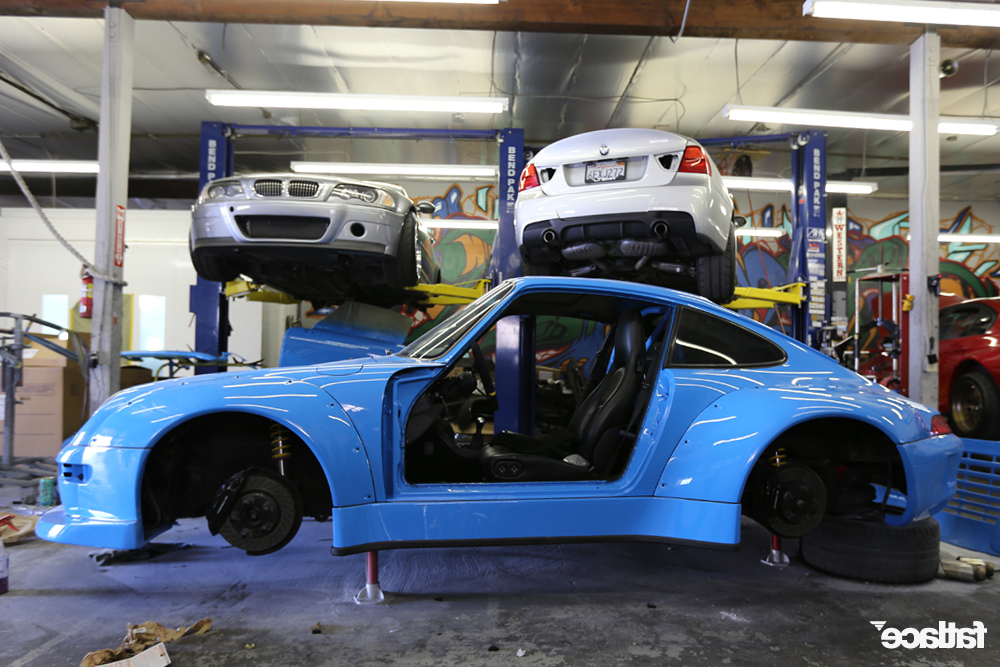 The star of the night was sitting inside. Vince’s 993 RWB. Still getting final touches done to it. 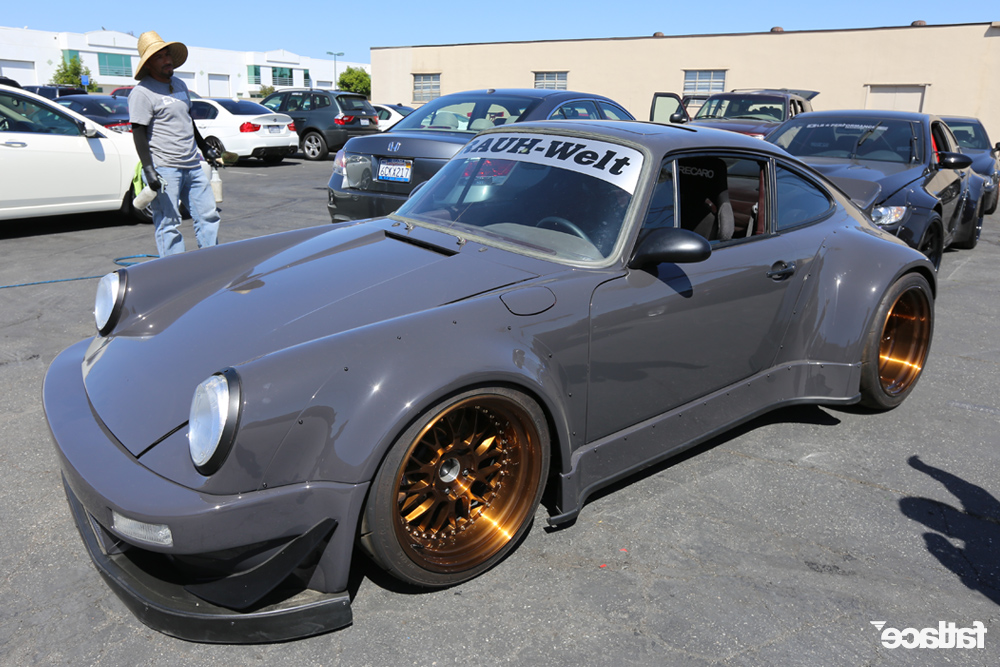 Rob’s 930 had its engine pulled recently. I’ve never seen it after it had its paint redone. 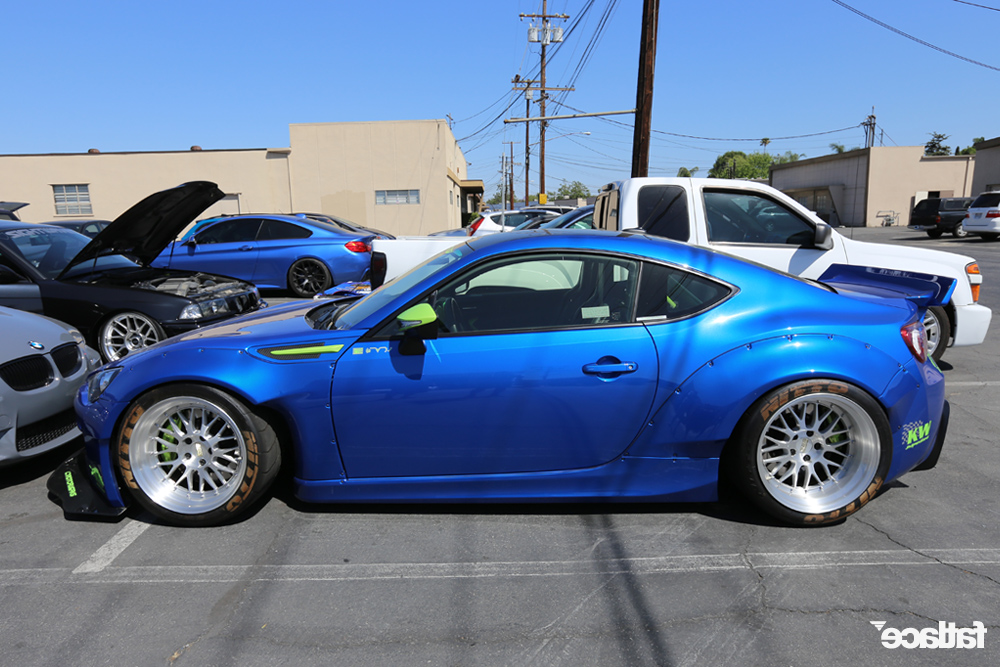 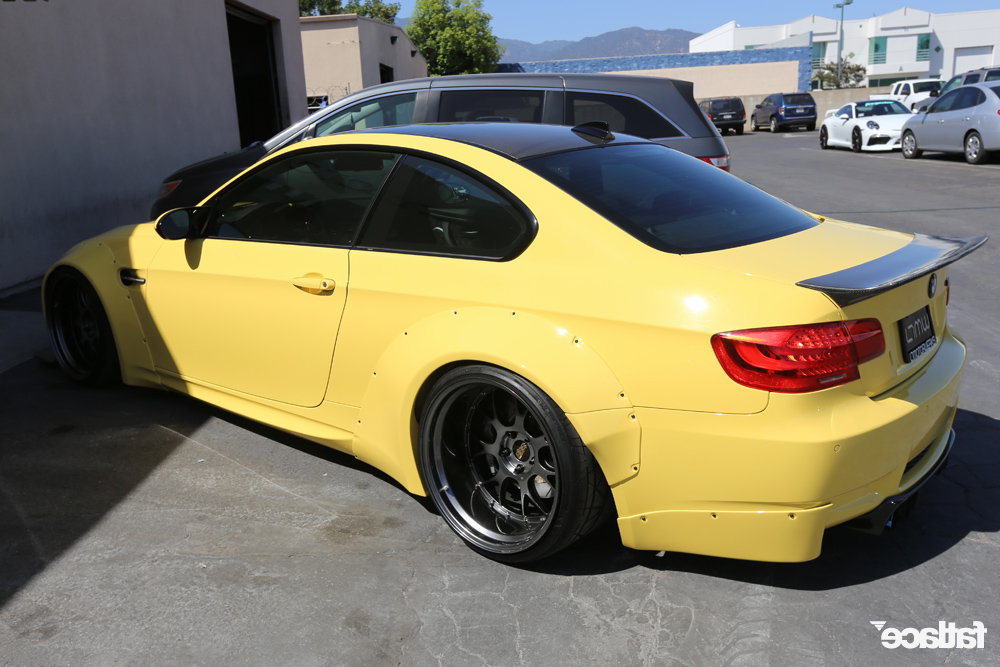 A Liberty Walk BMW M3 (LW as well as RB and other are all designed by Mister Muira (miller for those that know him :). I think there were quite a few in the parking lot. We decided to get out of the heat and drive about 2 minutes to visit our friends at Rucksters. 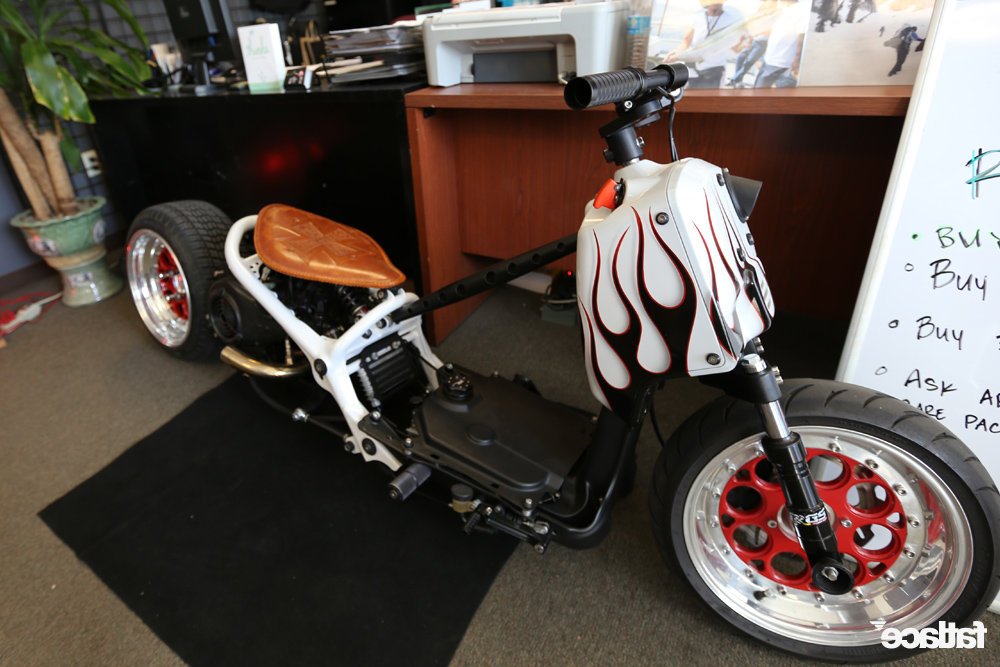 The infamous chopper style ruckster. Love what these guys do. After Rucksters, we visited Jamba Juice to cool off. I think it was already at 107 degrees and we needed something to cool us down. 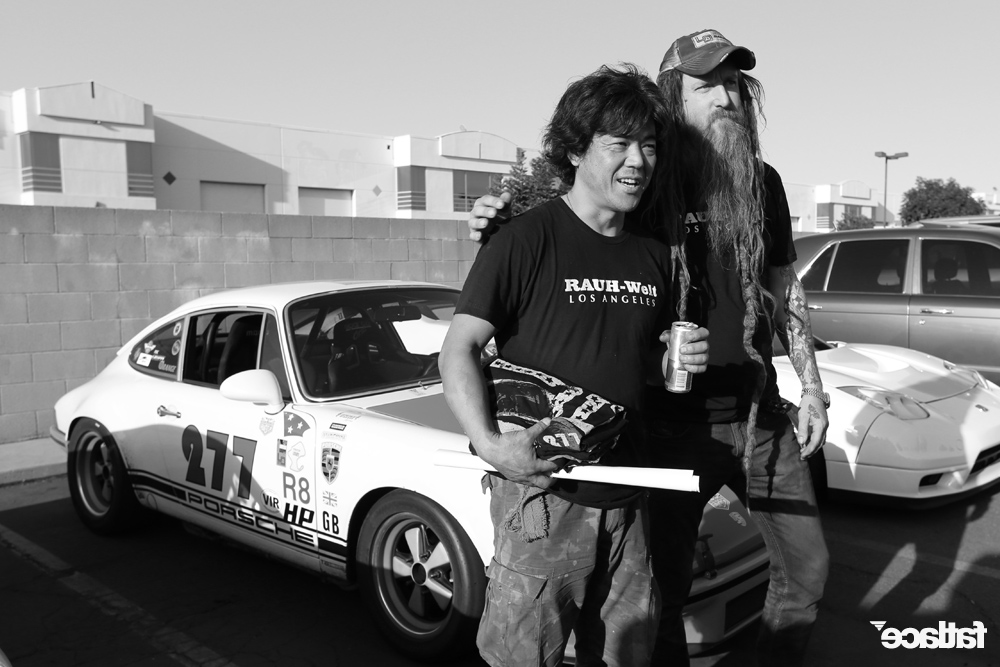 Magnus Walker was one of many car personalitys on hand. So many people and builders showed up to this meet that it was difficult to shoot all their cars cause I got busy chatting it up with everyone. Check out Yogi’s post on the meet if you want to see more. 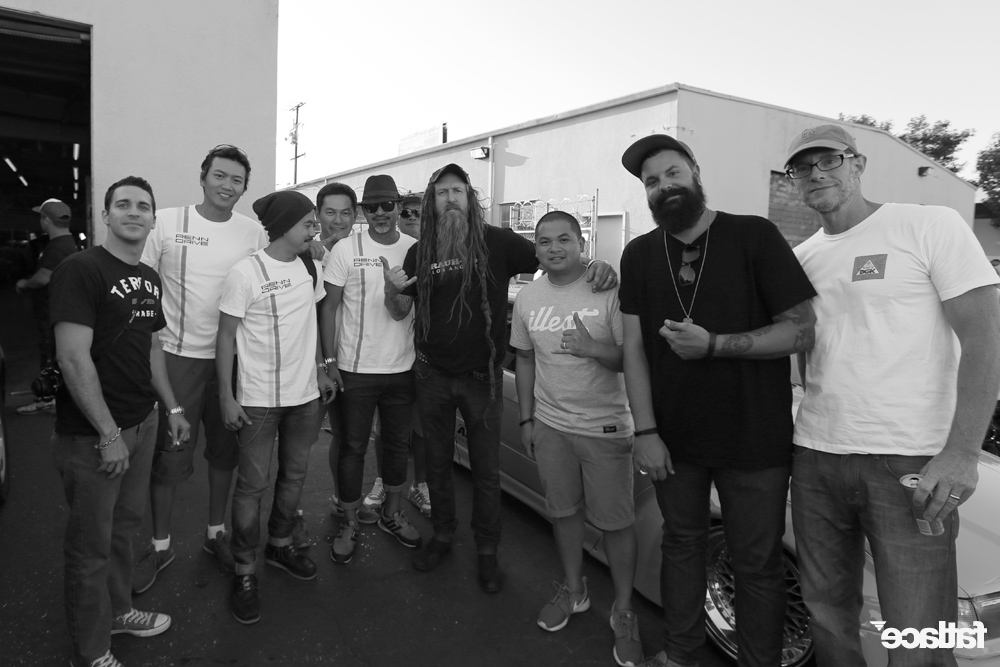 RWB Thailand & RWB Texas came thru as well. These guys roll deep. Here’s a shot of them, Magnus, and the 1552 guys. I’m the short one in the middle. Another Liberty Walk M3, oh wait, this is a Rocket Bunny one. So confusing but its the same designer so its pretty much the same… This time an E36 M3. There were about 15 NSX’s that rolled thru and then Godzilla’s started popping up. 2 more GTR’s. R33 x R32. I really miss mines now. I hope the guy that owes me money from this car still owns this. Then this Audi shows up. Not sure what year but its definitely in the same era as the VW Mk1. Brian from Hoonigan also showed up in his RWB 964 Turbo! This was before the sun set. After this photo, it felt like we were at the great mall. Tons of folks came thru. Again, Check out Yogi’s post on the meet if you want to see more. Oh man… The Liberty Walk 458. This is paint! The whole time I thought it was wrapped. And the reason why this meet was put together was for this little guy. Introducing (although its not done yet) the first built RWB car in Los Angeles. This is the 4th one in Los Angeles as the others were built up north at the RWB USA headquarters. This also is the 11th RWB USA car as #12, #13, #14 are all waiting for Nakai’s touch. and to close out the car meet, Rob from Crooks & Castles rolled up to the spot in his newly acquired and very slammed Aventador. I got to sit in this thing and wowed silently in the drivers seat. Day trips are cool, especially when you get to see so much eye candy.

2 thoughts on “The most ridiculous meet Everrrrrrrr….”