About 100 years ago, the skies above Europe were alive with roaring engines and the world’s first aviation heroes were etching their place in the history books.  At a time where you life expectancy was less than 6-weeks the people who flew these planes which were commonly known as ‘flying coffins’ were staring death in the face every time they climbed into their plane. 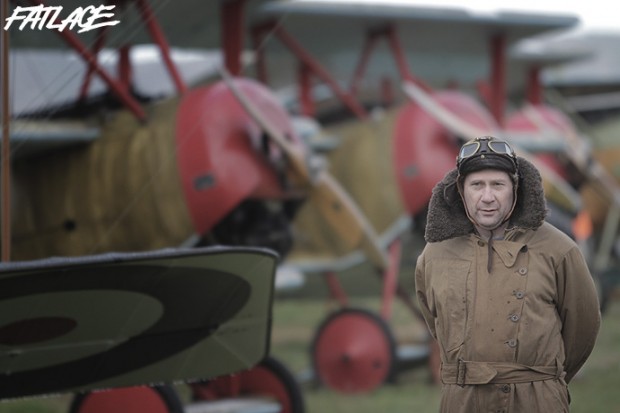 It sounds like something from movies, although recently I had the chance to see this re-enacted as if I had gone back in time.  Masterton, New Zealand held a WW1 airshow with planes that have been built to the exacting specifications as in the WW1 period.  The flying dangers for the pilots today are just as real as the real men who flew 100 years ago. 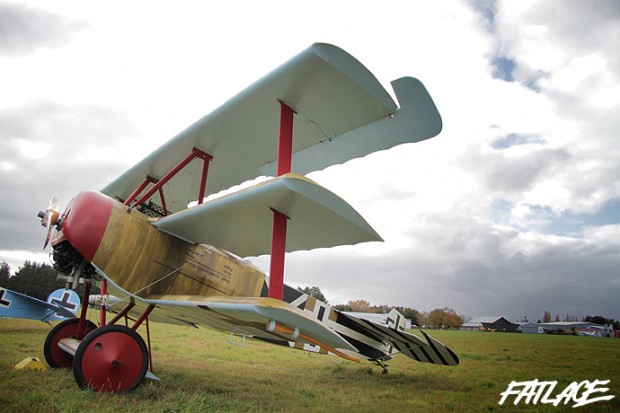 This Fokker DR.1 took Manfred von Richthofen to 80 aerial wins.  This example, one of three is owned by movie tycoon Sir Peter Jackson. 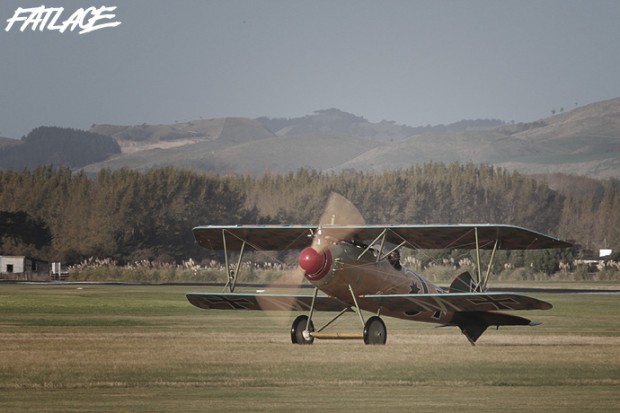 These planes are certainly not show-ponies.  All the planes present at the show were airworthy and all of them flew throughout the day. 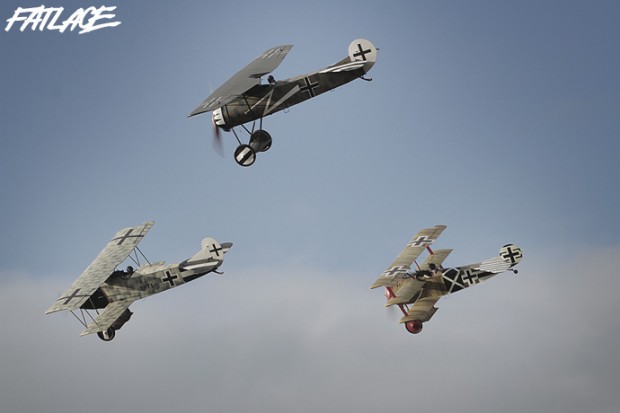 The machine guns on the planes were often very inaccurate so pilots took sidearms up with them to shoot at other planes in the early stages of the war.

These planes were built out of wood and covered in tar-coated canvas.  Pilots had no protection from bullets fired at them from enemy aircraft.  They were not the most rigid machines either. 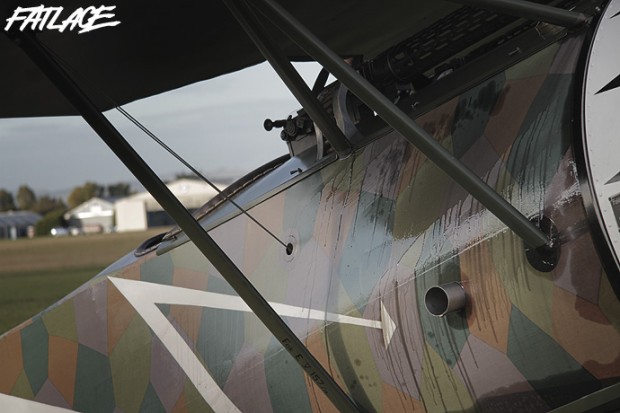 The engines of these planes were lubricated with castor oil, and with the engines constantly spitting oil out the rocker covers pilots came back drenched with oil.  Pilots constantly had ‘the sh*ts’ due to the amount of castor oil they consumed while flying.  Many took some blackberry nip liqueur with them to remove the foul taste from their mouth. 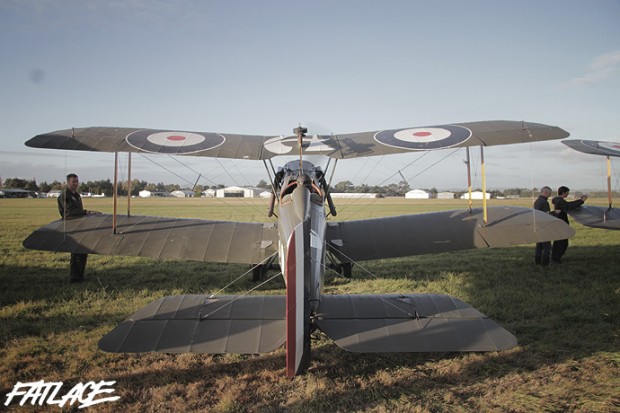 While sitting on the airfield, engine fired, the lumpy and erratic idle is not like that of any modern plane.  Flying these aircraft could be likened to riding a bucking bronco almost. 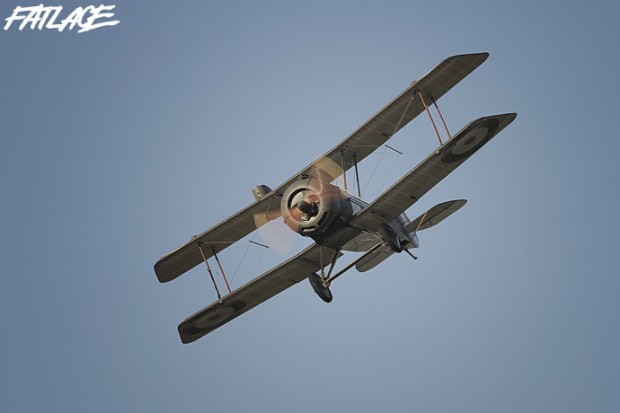 With a top speed of 100MPH the Airco DH.5 served with the RFC.  These planes had the pilot sitting right in front of the fuel tank, when the bullets were flying I am sure they were just a little nervous… 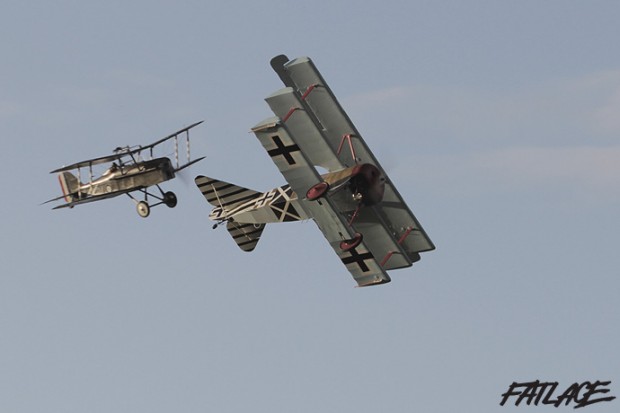 An S.E.5a was busy giving the more maneuverable Fokker DR.1 a run for it’s money.  The Red Baron has mentioned that he was victorious because he knew when to back down from a fight he couldn’t win.  Live to fight another day was the motto.  It was certainly more a battle of wit than aircraft performance up there. 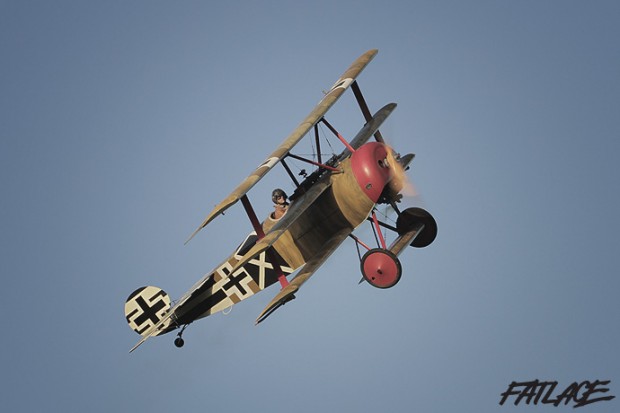 The ‘farty’ sounding ‘bap bap bap bap’ of the engines screaming on the limiter was great.  The Vintage Aviator Limited has done a fantastic job building these aircraft. 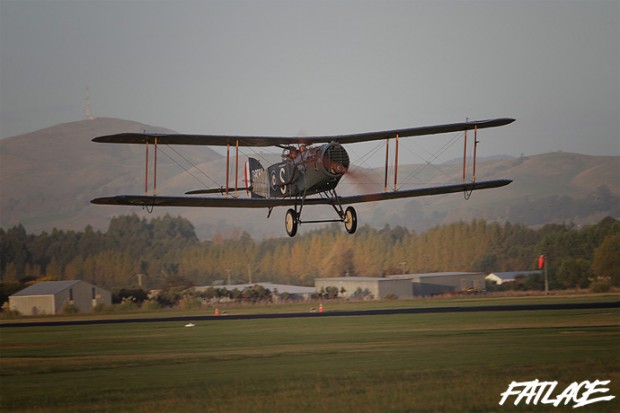 F2.b Bristol Fighter was a 2-seater machine, equipped with a rear gunner which at the time was quite a heavily guarded aircraft. 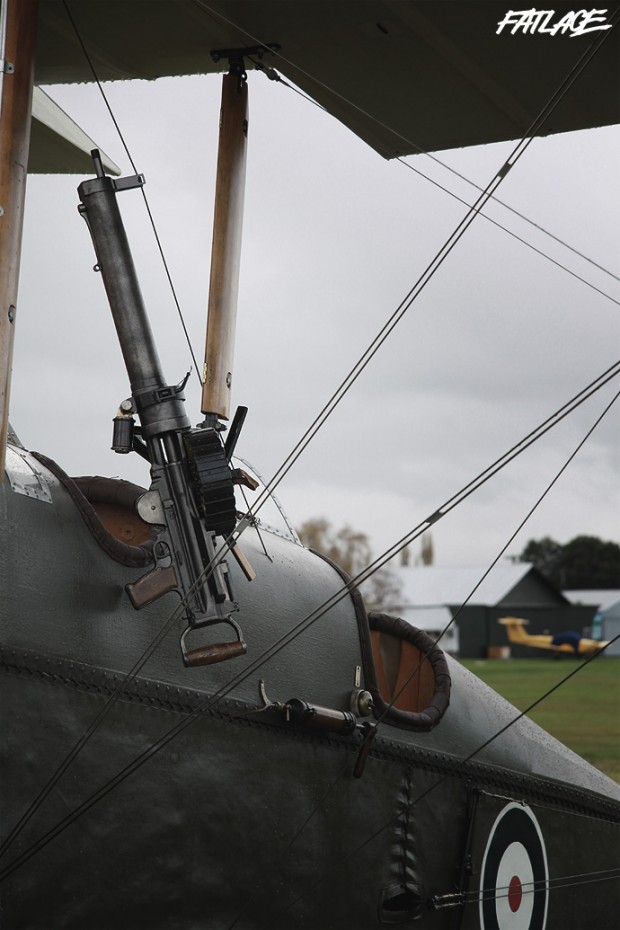 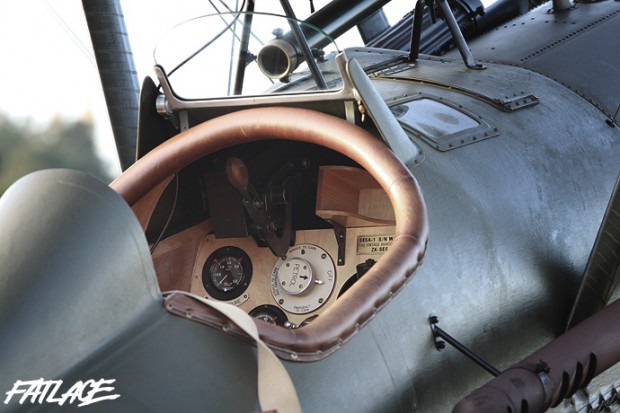 The office was a simple one as the pilots had enough on their plates just flying these machines. 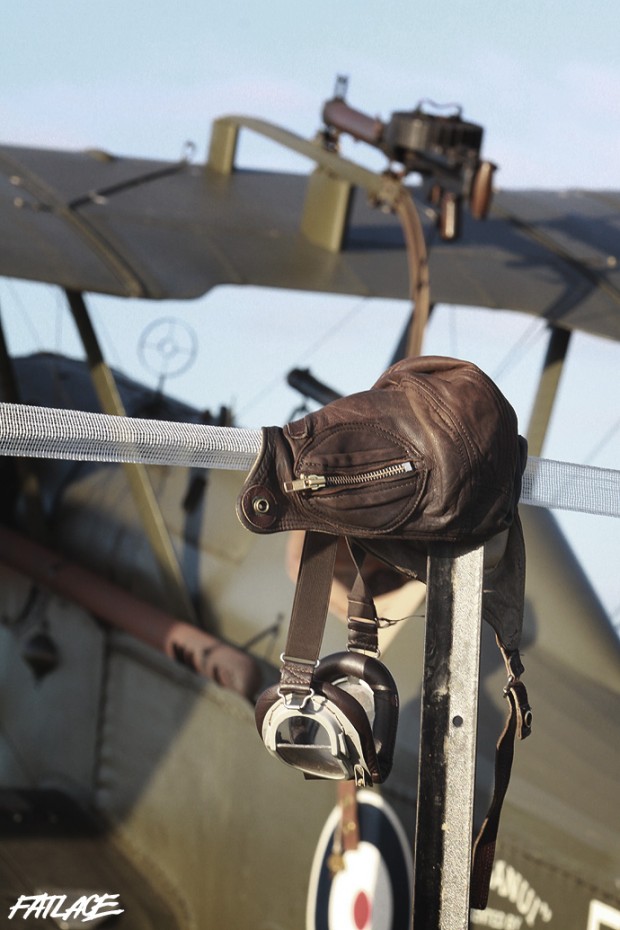 Don’t go up without those goggles, it’s a pity they didn’t have tearoff’s for the oil back then! 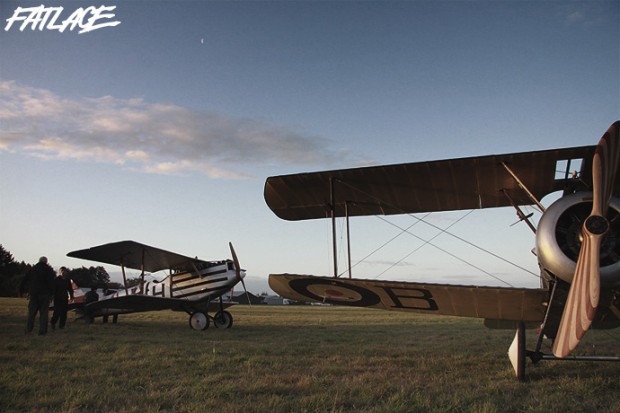 After a great day’s flying, it was time to pack these relics away before darkness fell. 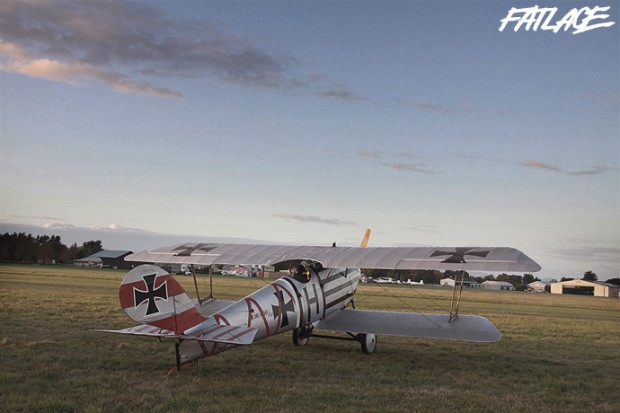 There is very few places in which one can see examples of WW1 aircraft on show let alone flying, so it was quite an experience to see such an extensive collection in one place. Reklama: Greitieji kreditai internetu, refinansavimas, finansiniai patarimai ir paskolos automobiliui paskolos-internetu.eu/paskola-automobiliui  Afterwards I had a whole new appreciation for the men who flew these ‘flying coffins’.