Hip-Hop Collab Albums
Evidence: "You"
Thanks Houston Astros Tickets for the support
LIFE / Posted by Melissa / 06/09/2011 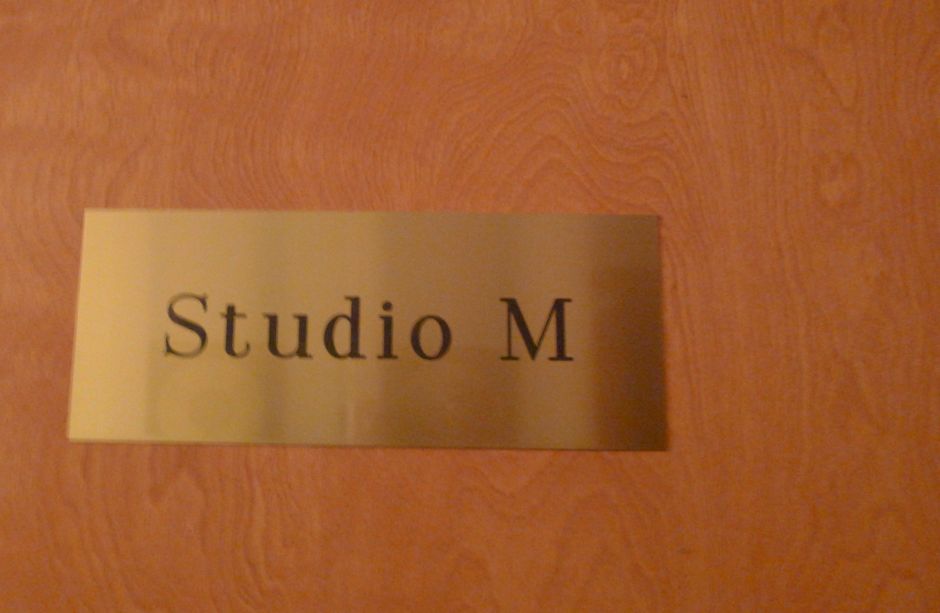 Welcome to studio M…  Lately I have been submerged in the making of my first music video.  I have had several years of entertainment experience, but this “project” is my first full venture of creating the concept, producing, and directing a music video.  With that being said, I had to ask for a lot of favors!   Here is just one day of my preparation for the Christy Thompson video “Now or Never”  – soon to be released. 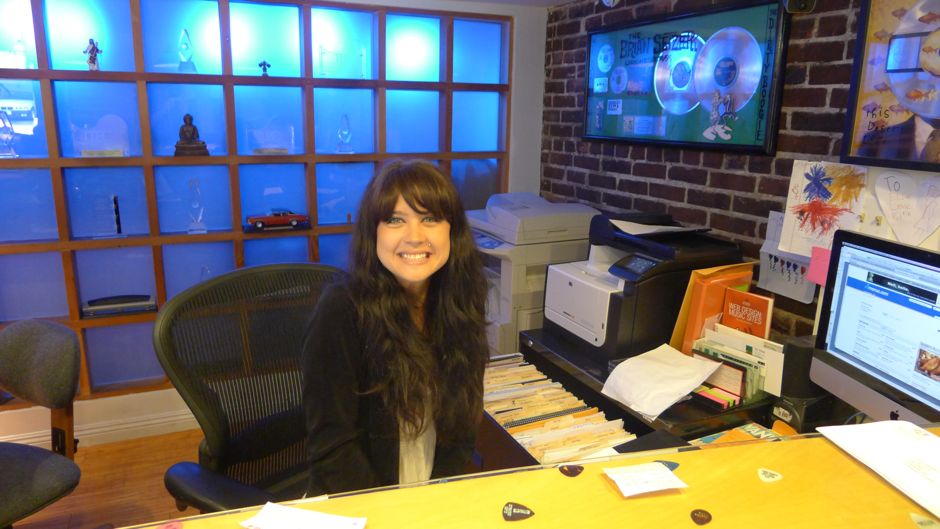 My first stop was at The Village recording studio to borrow a mini PA and a few fancy mics.  When arriving, I was greeted by the adorable Danielle.   Danielle looks sweet an defenseless against the many arrogant artist that come in – like John Mayer, but her biggest weapon to diffuse a difficult situation is by standing up. Danielle does not wear pants – skirts – or shorts for that matter.  I don’t recall when it became popular to go to work only half dressed! 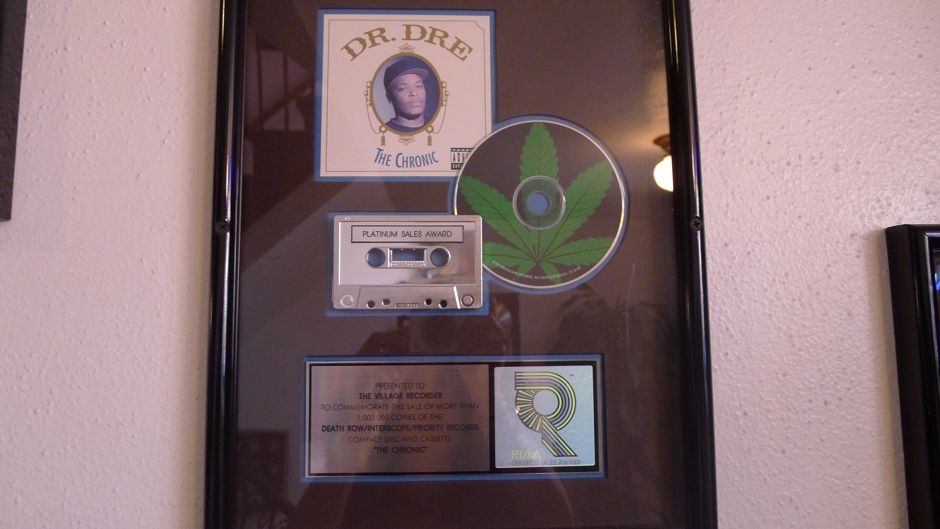 The Village is one of the oldest recording studios in LA.  They have had some of the greatest albums (that we all love) recorded here.  Dr. Dre – THE CHRONIC even got ME to listen to hip hop. 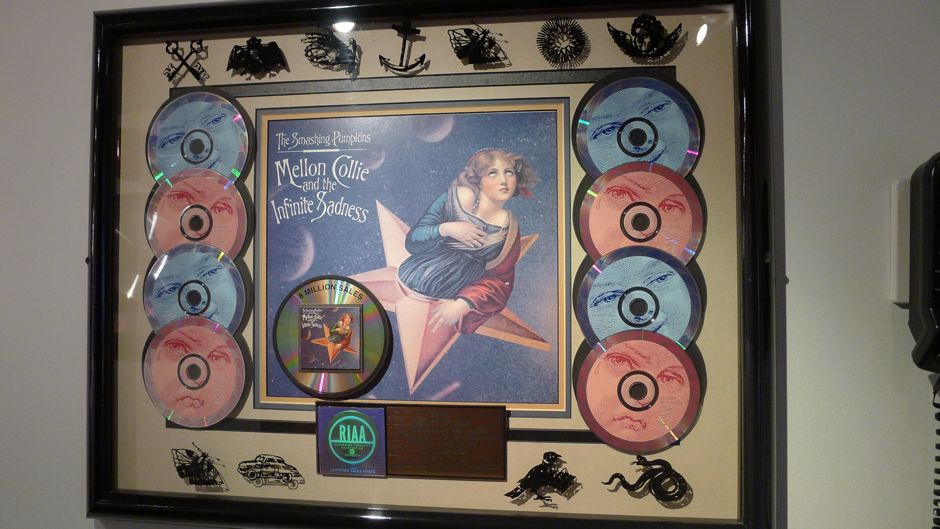 This is when it was cool to display the CD’S and not the vinyl.  The Smashing Pumpkins has always been a favorite of mine.  Where is Billy Corgan now? 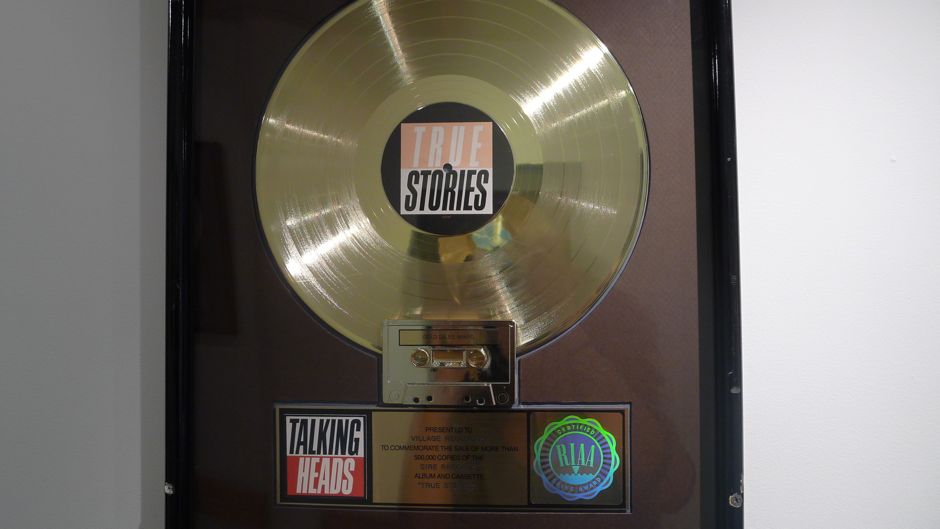 I think this is the album that has one of Rob’s and I songs…. If we actually have a song. 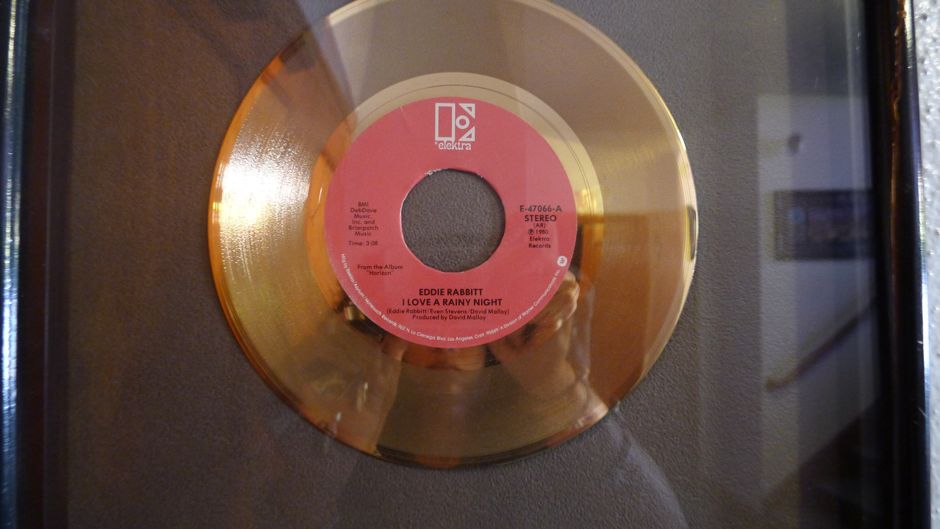 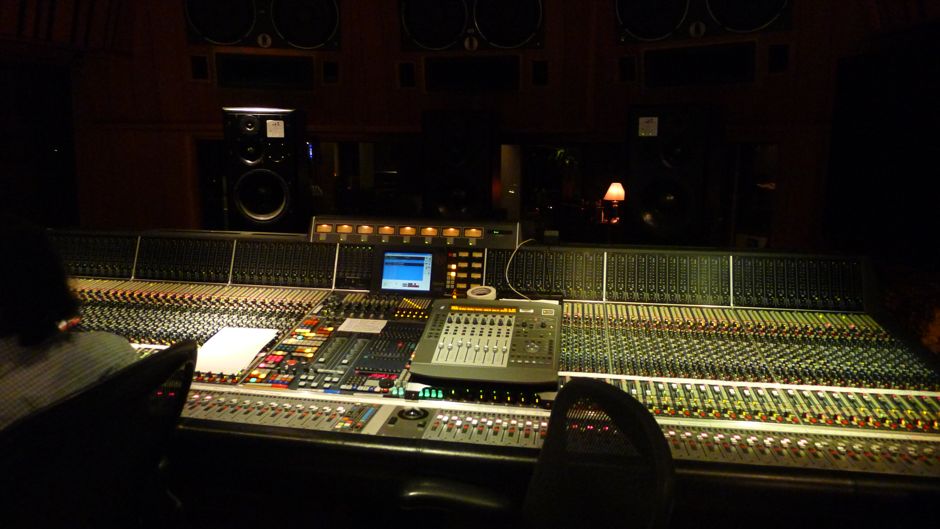 Amazing sound board where magic happens. 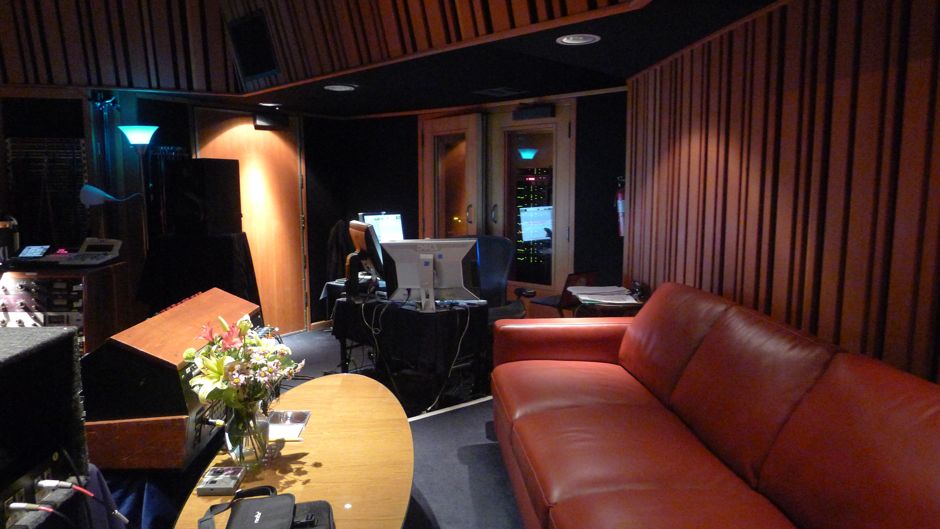 You need to sign an NDA before entering this room. 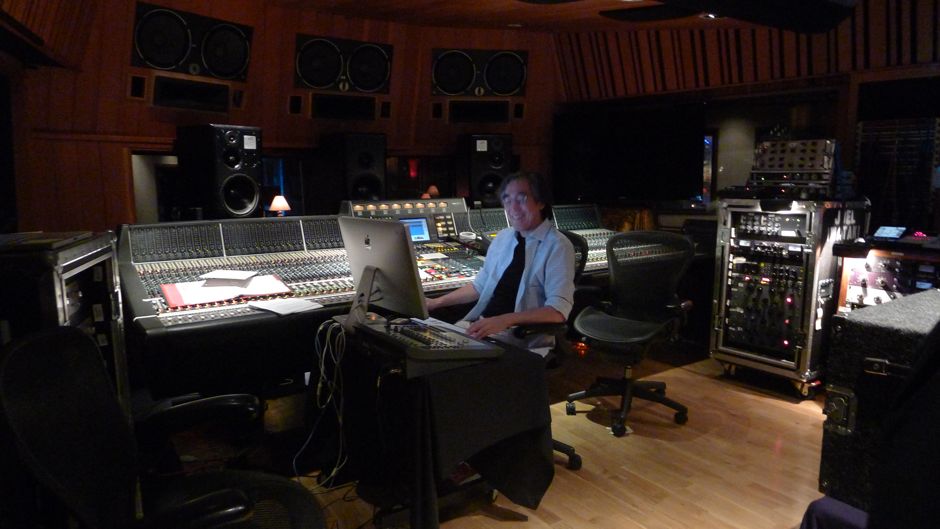 This is Lee – the magician. 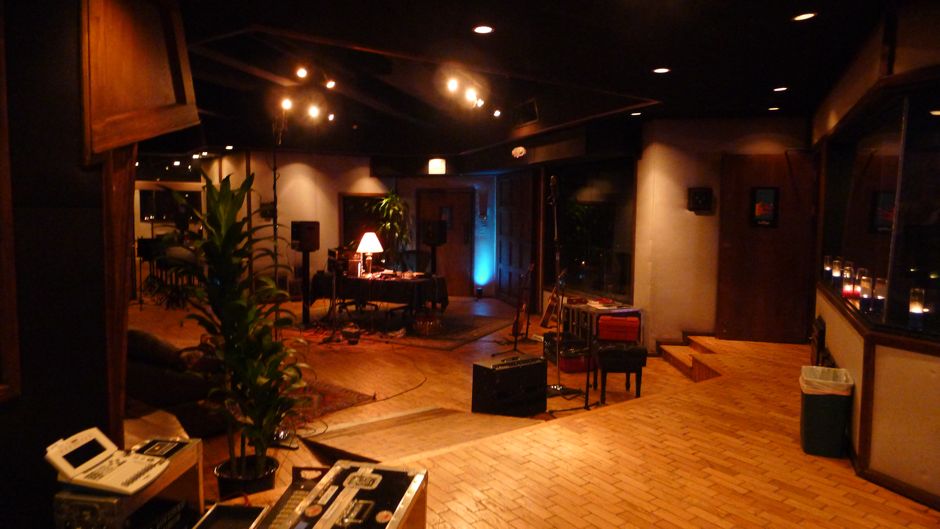 The grande session room.  An amazing, Oscar winning sound track was recorded in here, but I can’t remember who Jeff said it was. 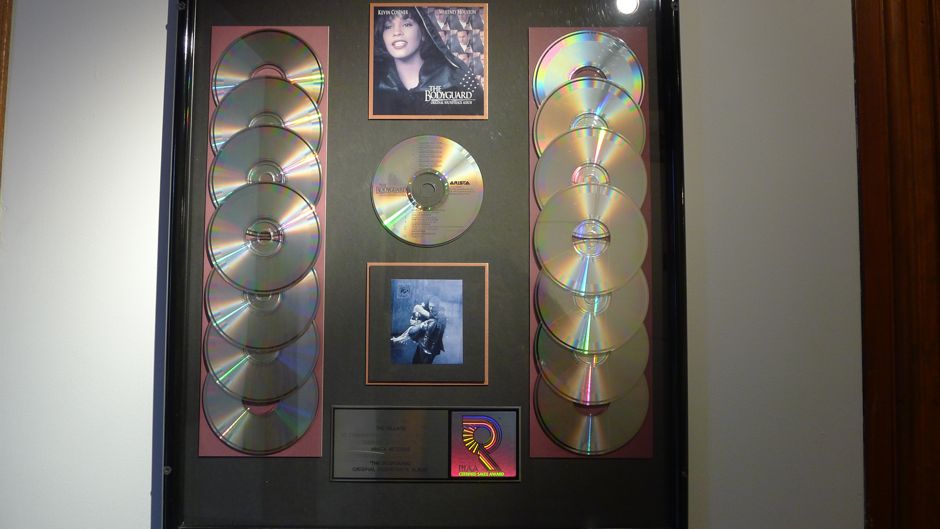 The Bodyguard isn’t the soundtrack I am referring to, although it too was recorded at the Village.  Not sure if you know, but I am in this movie…  My first silver screen appearance.  (If you are going to look at any link – check this out) 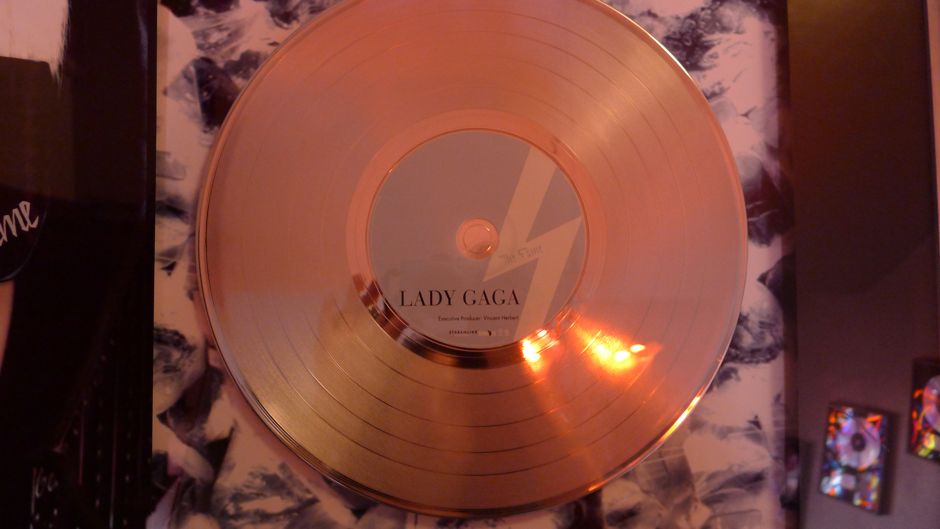 Now it’s cool to display the vinyl again.  Hipsters have brought us back to our roots. 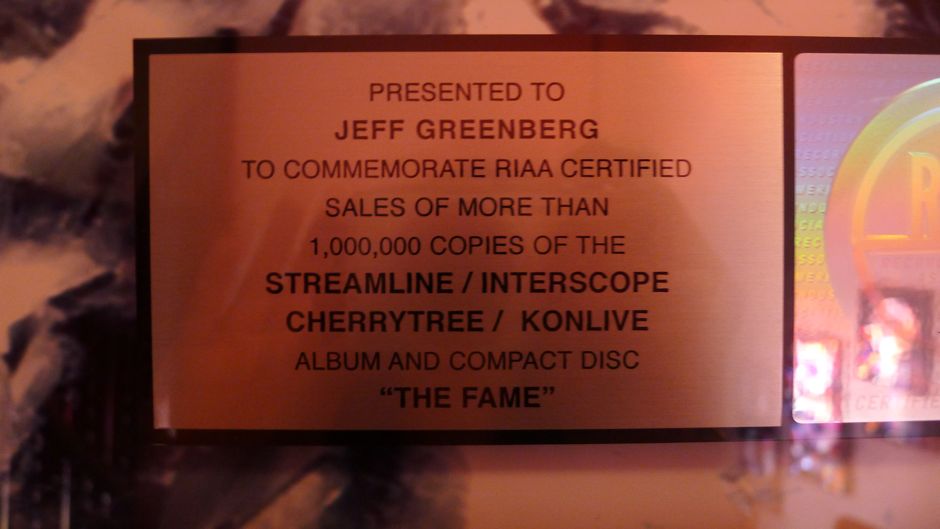 I am sure Lady Gaga has sold more than a million albums, but none the less, it’s pretty cool this commemorative is to Jeff personally.  He also had another one from Gaga to the Village too. 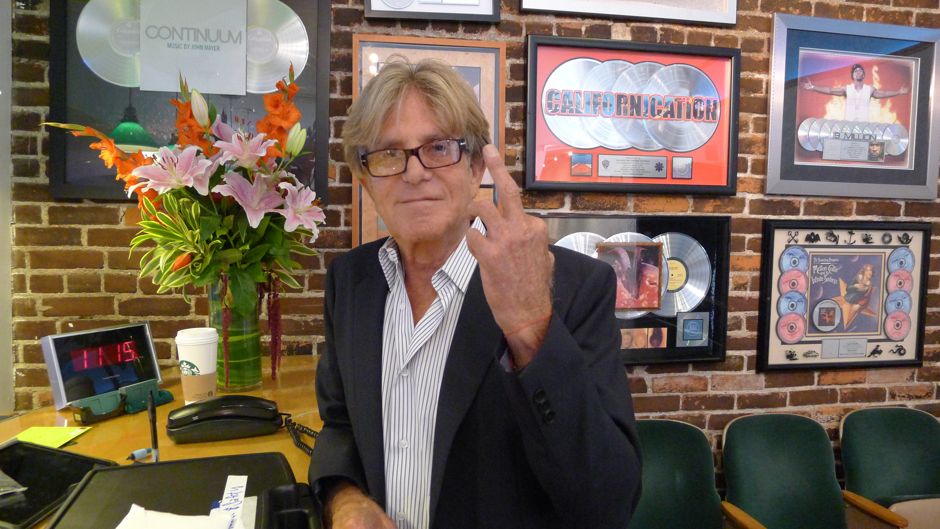 This is Jeff and how he is feeling about helping me out today.  I am the only person who can make part of his day not about him. Jeff is Jewish, but has this stained glass praying station for those who have created the mortal sin – making Rock-n-Roll. 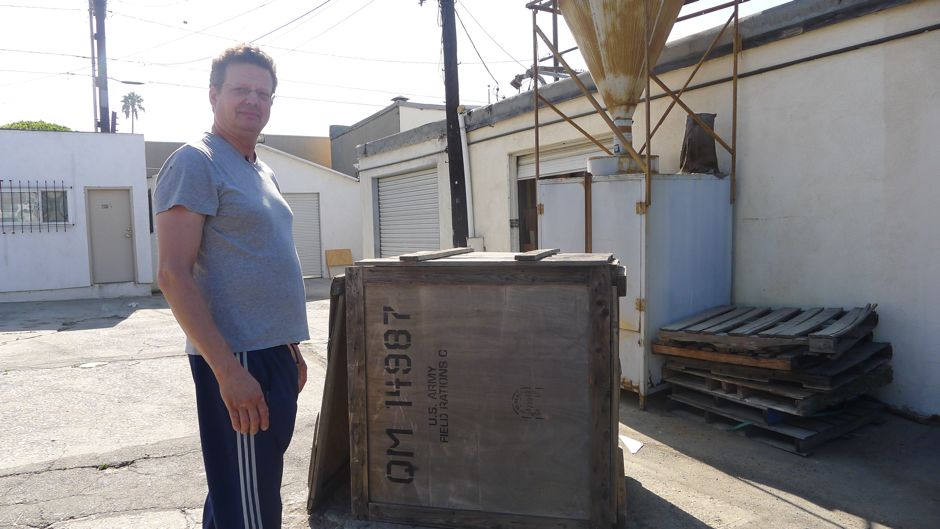 Next I went over to Chris Karlson’s wood shop.  I dropped off this old crate as I needed Chris to distress this box (even more than it already is) to match the director’s treatment I wrote.  I wasn’t thinking I had to create this shit when I made it up.  I just sounded like a good idea. 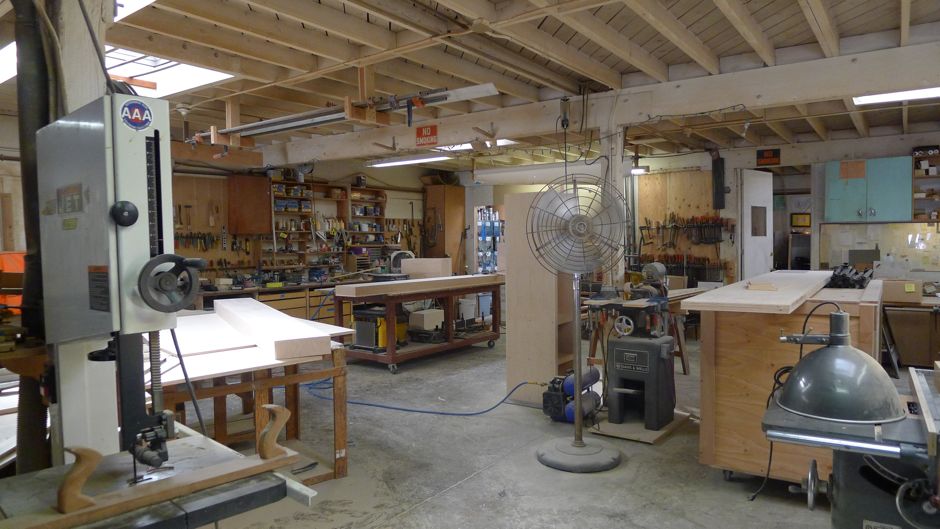 Chris’s wood shop.  Pretty impressive, but too bad it is being demolished this month.  There are too many wood shops in West Hollywood and not enough new empty apartment buildings in WeHo.  Chris is most famous for doing all the interiors for The Hundreds store(s) and making a table for Scarlet Johanson. Javier and Ramone do all the hard labor.  Chris just collects the money and takes the credit. 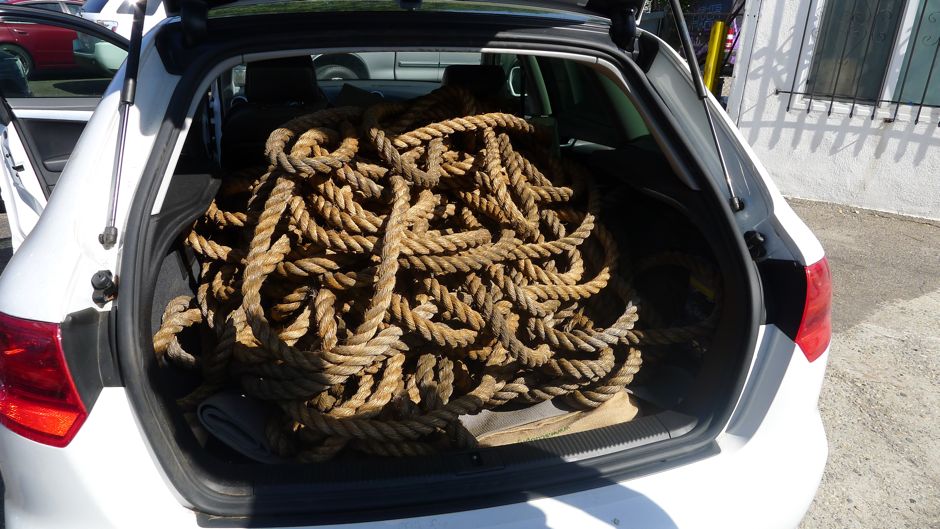 Now I am leaving with 400 pounds of thick nautical rope — my poor little car.  Did you know that once rope hits the deck of the ship it is not longer rope.  It’s instantly re-named “line”.  Remember that next time you are on a yacht in the Caribbean.  TBC

1 thought on “How I began to make a music video”