With the emerging popularity of classic builds in our country today, it’s hard not to drop by a car meet organized by Manny Martinez, a man known for his nostalgic builds in the Philippines. Last October 26, Manny gathered retro car builders and fans for a late night meet and greet at the Greenhills parking grounds. It was the perfect venue for the event because of the ambiance of Filipino racing heritage in Greenhills which started during the 70’s. Here are some of the photos. 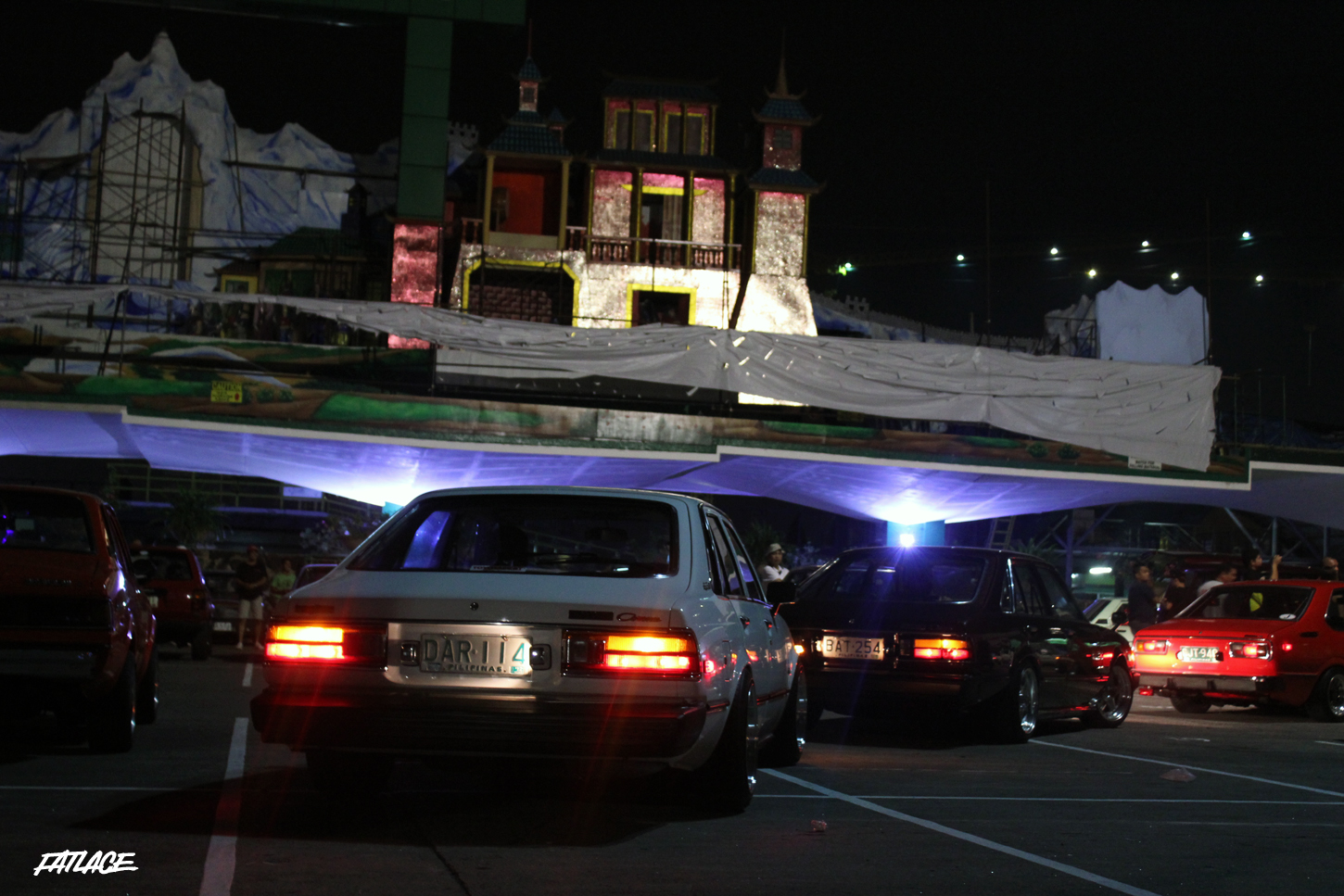 This Corona liftback was one of my favorites during the meet. It was also displayed last August at the World Of Toyota. (http://fatlace.com/2013/08/the-world-of-toyota/) 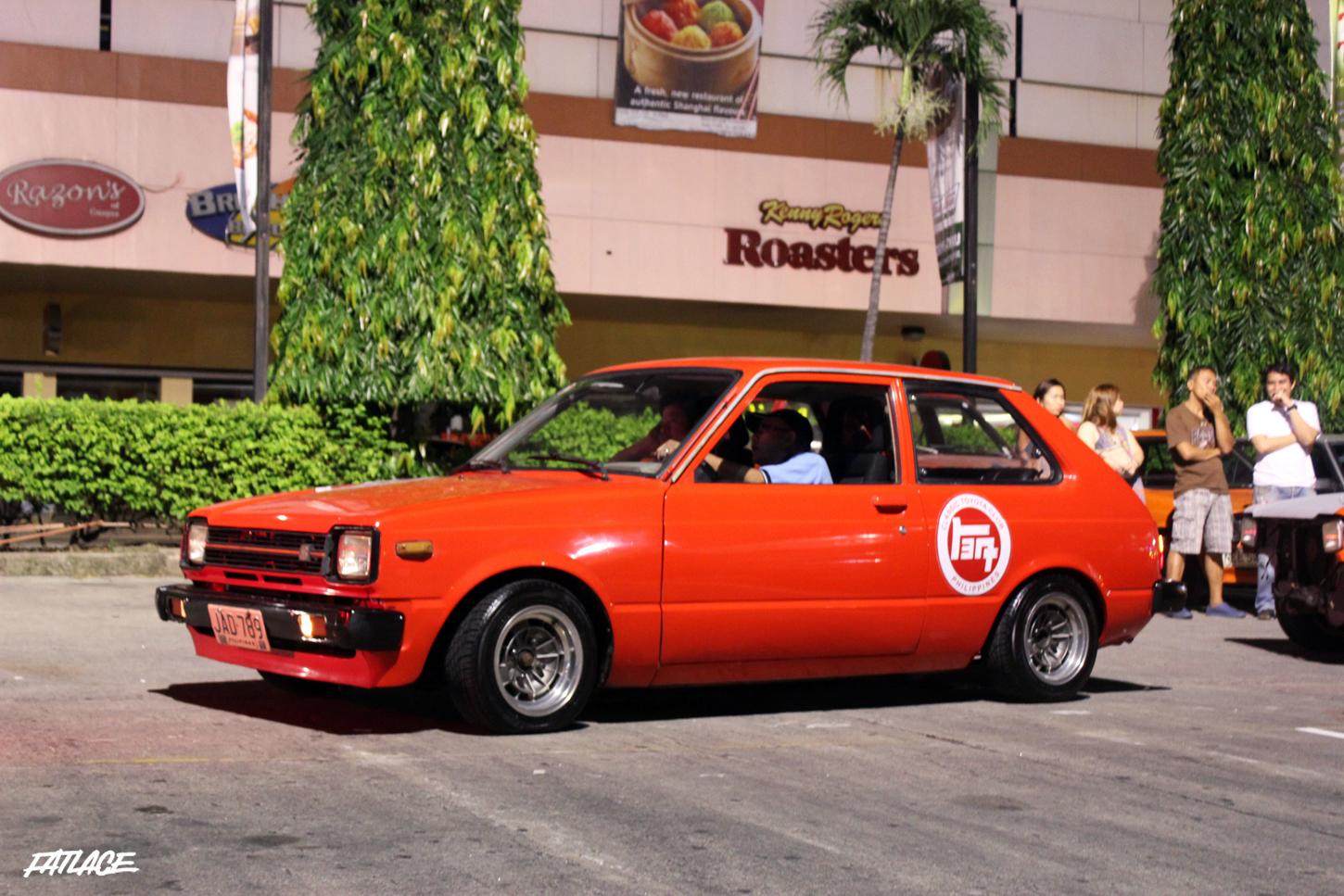 Manila famously known for being a “Toyota country” since the 1970’s still has enough Starlet’s on its roads. 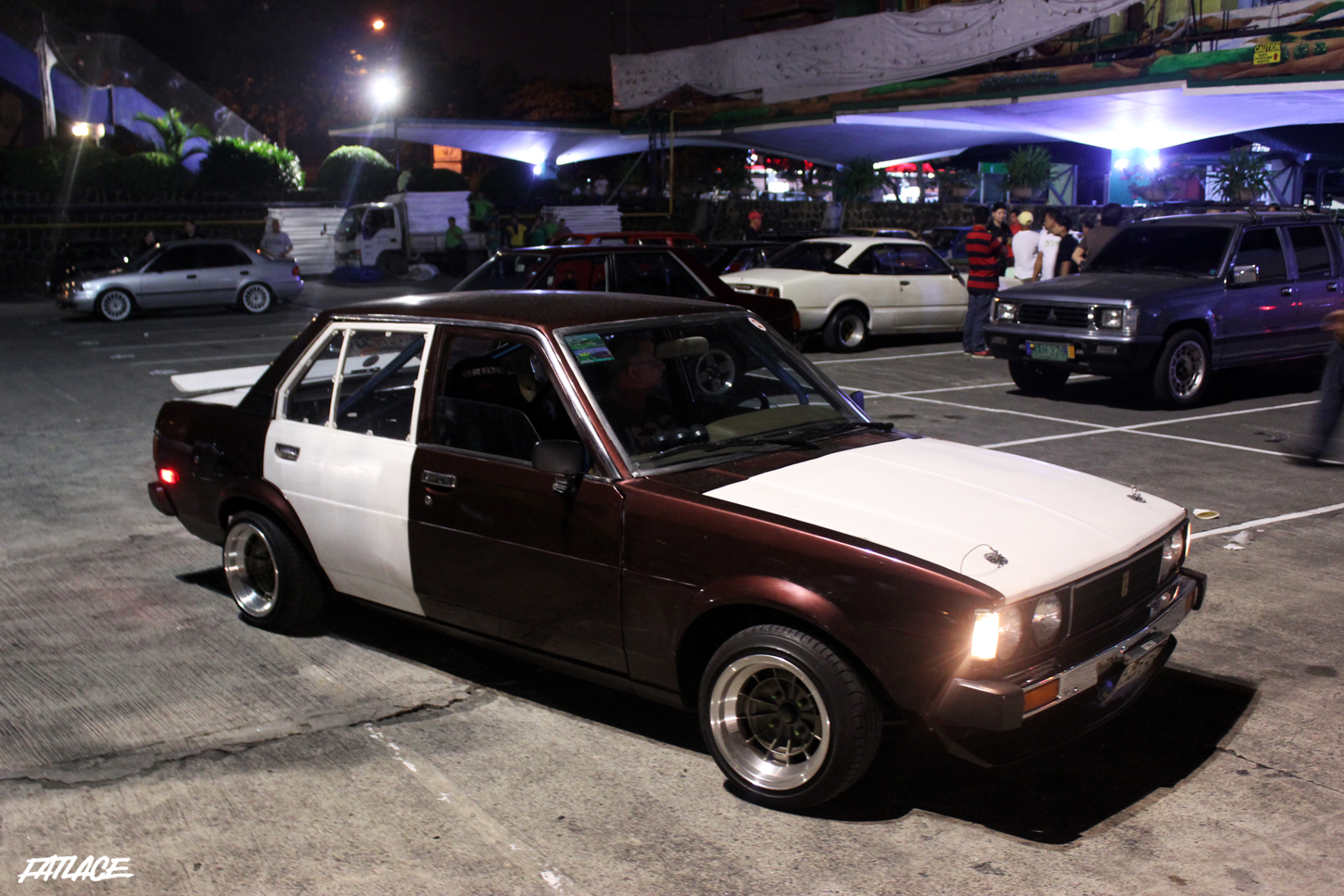 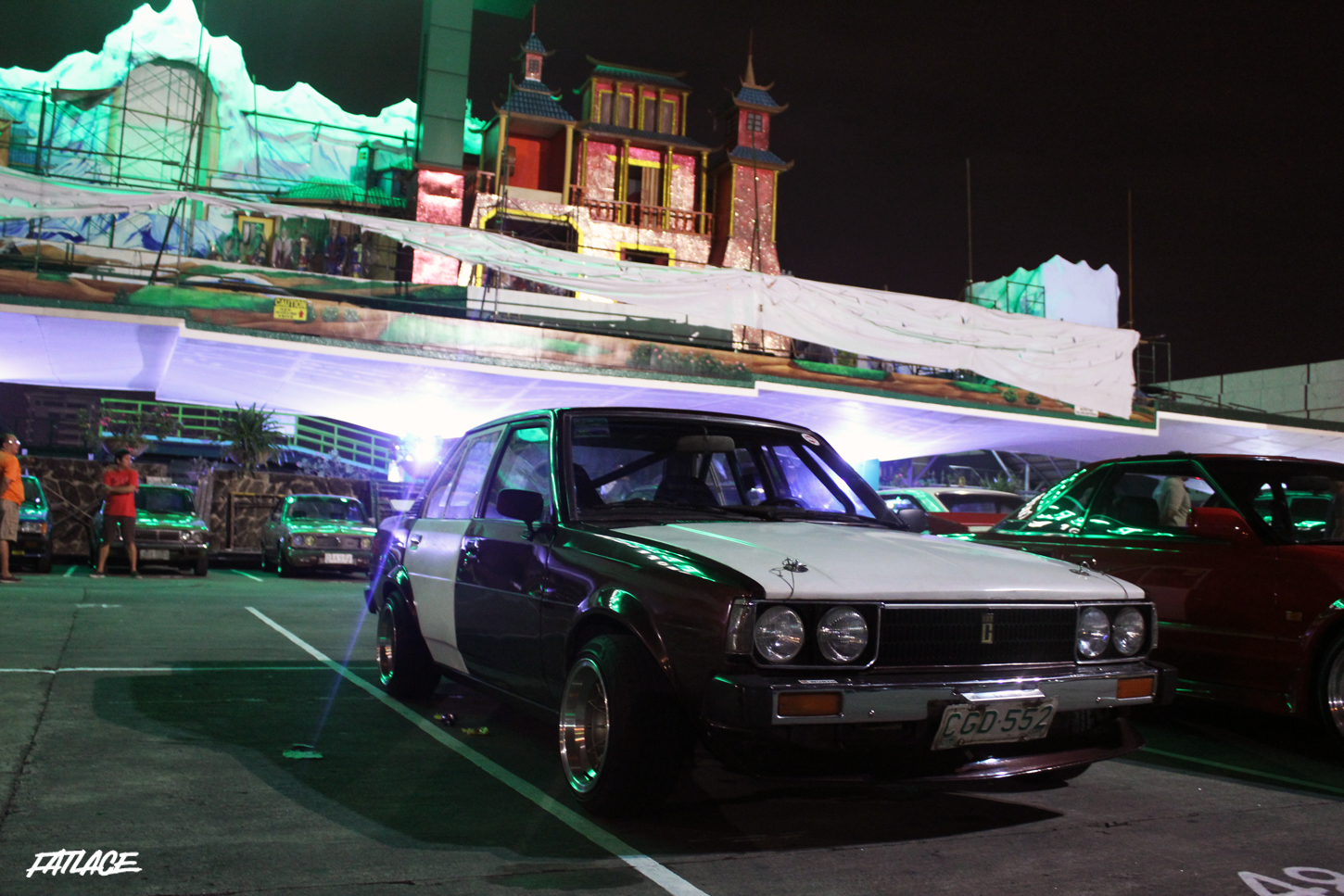 Joma is now in process of lightening the car with FRP panels. 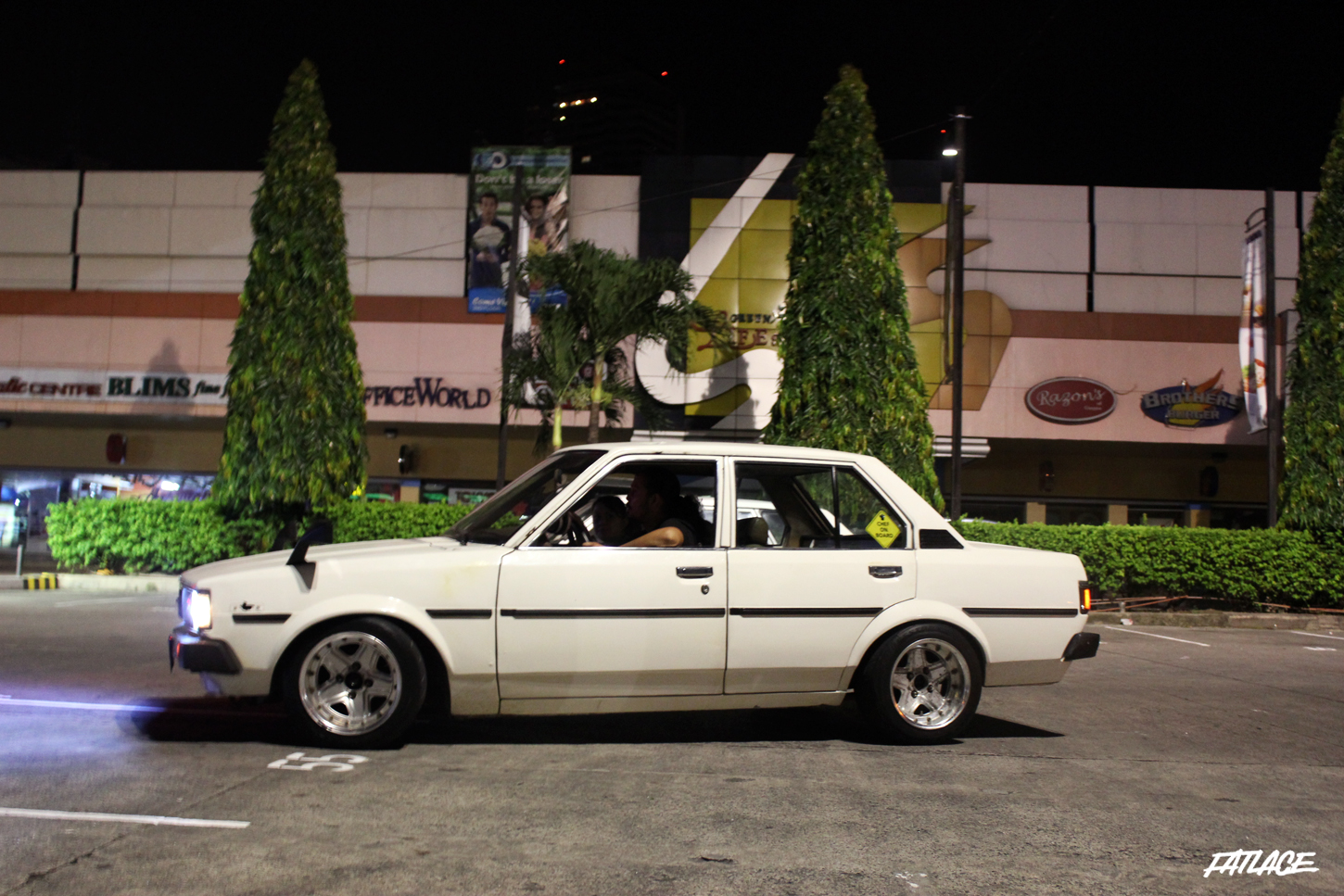 The meet featured alot of KE70’s , we have seen the rapid growth of its platform this year not only in our country but also in Japan. 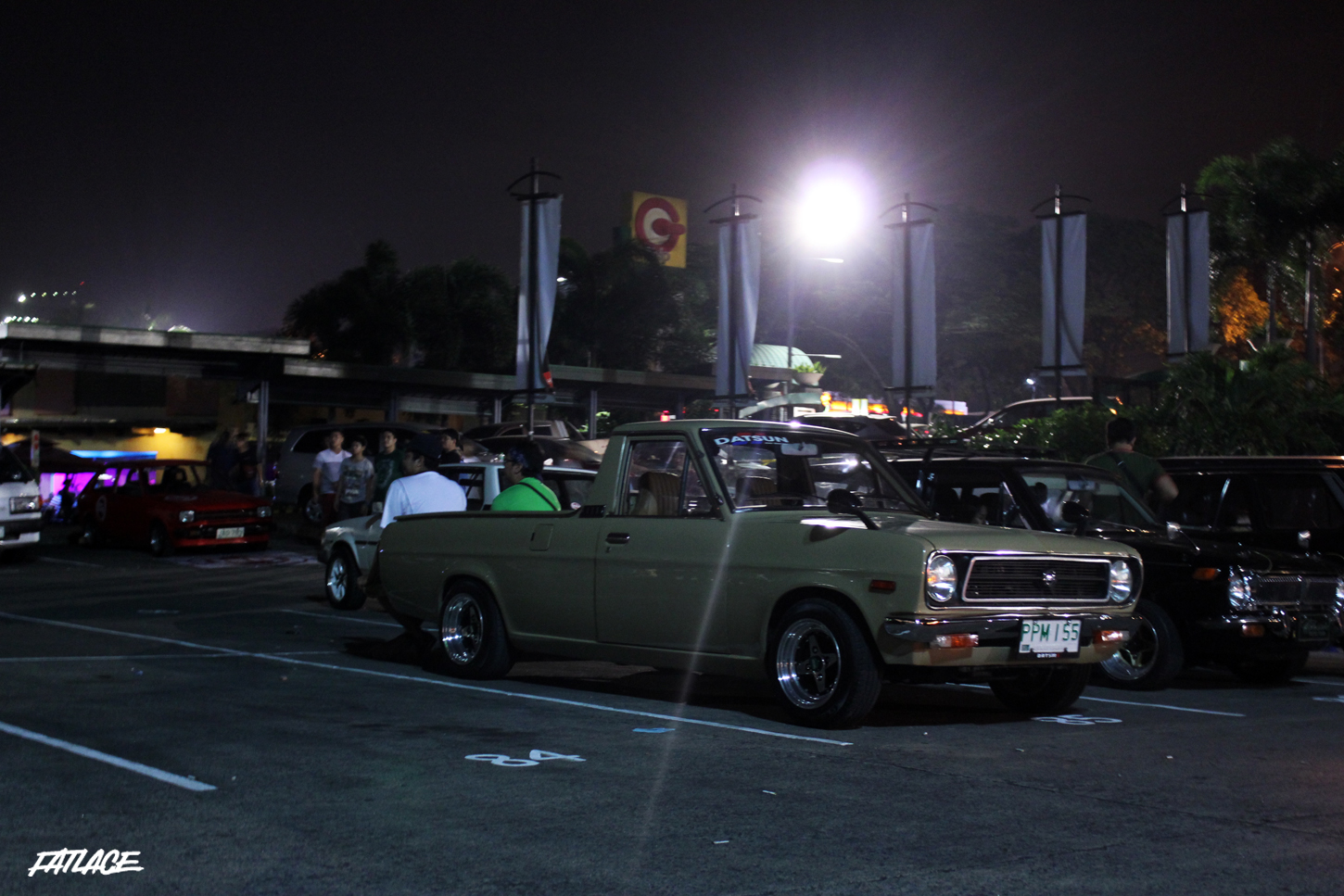 As a huge Nissan fan, one of my small regrets is to choose a KE70 as a personal project car over a  Sunny truck. 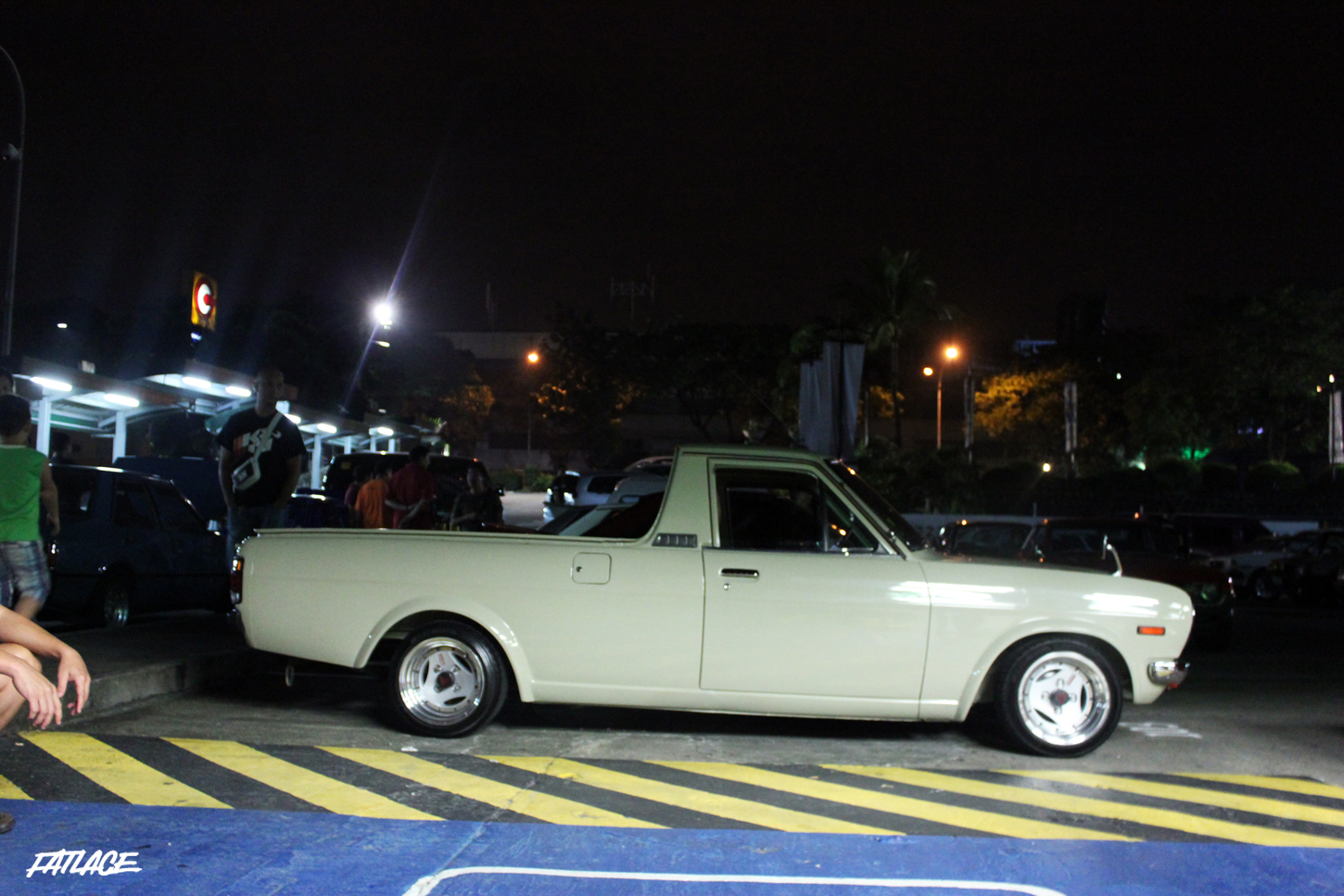 Of course there’s always an option (dream) to go for the S30 Fairlday Z, but the Sunny is one of the most widely available classic Nissan/Datsun’s to purchase  in our country. 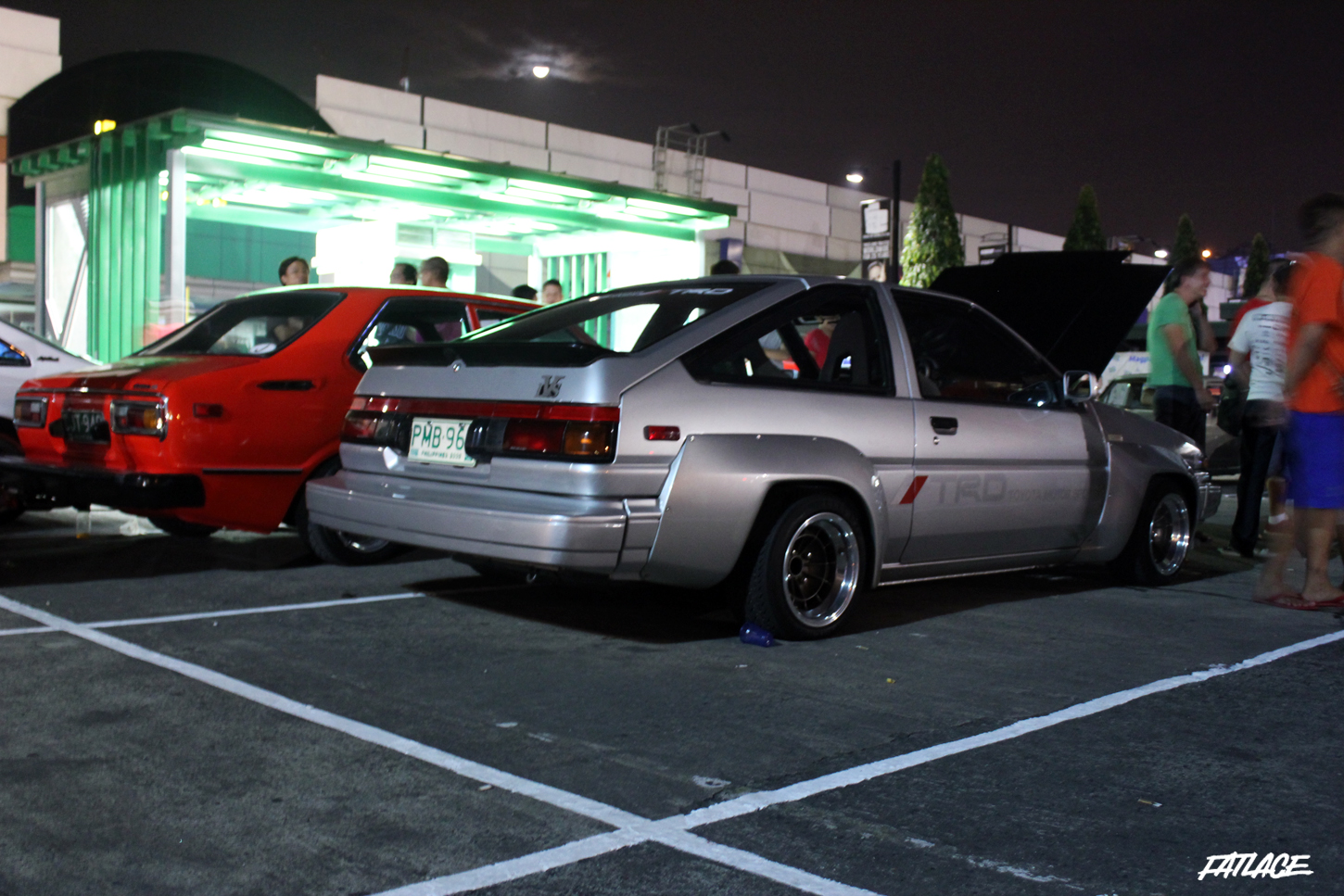 A nostalgic car meet is not complete without an AE86. 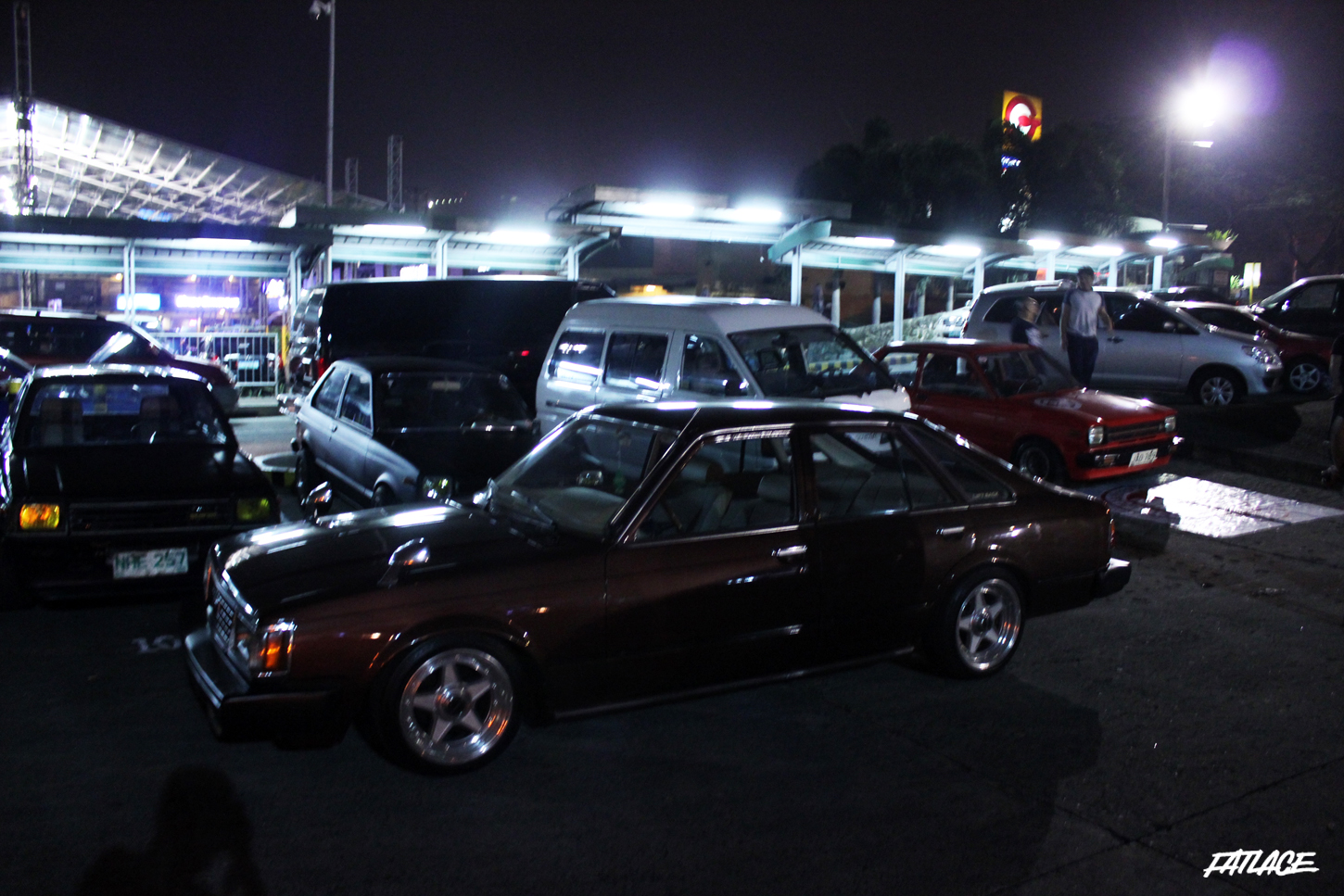 I remember talking to Mark regarding his hunt for KE20/25’s. Here you go man. 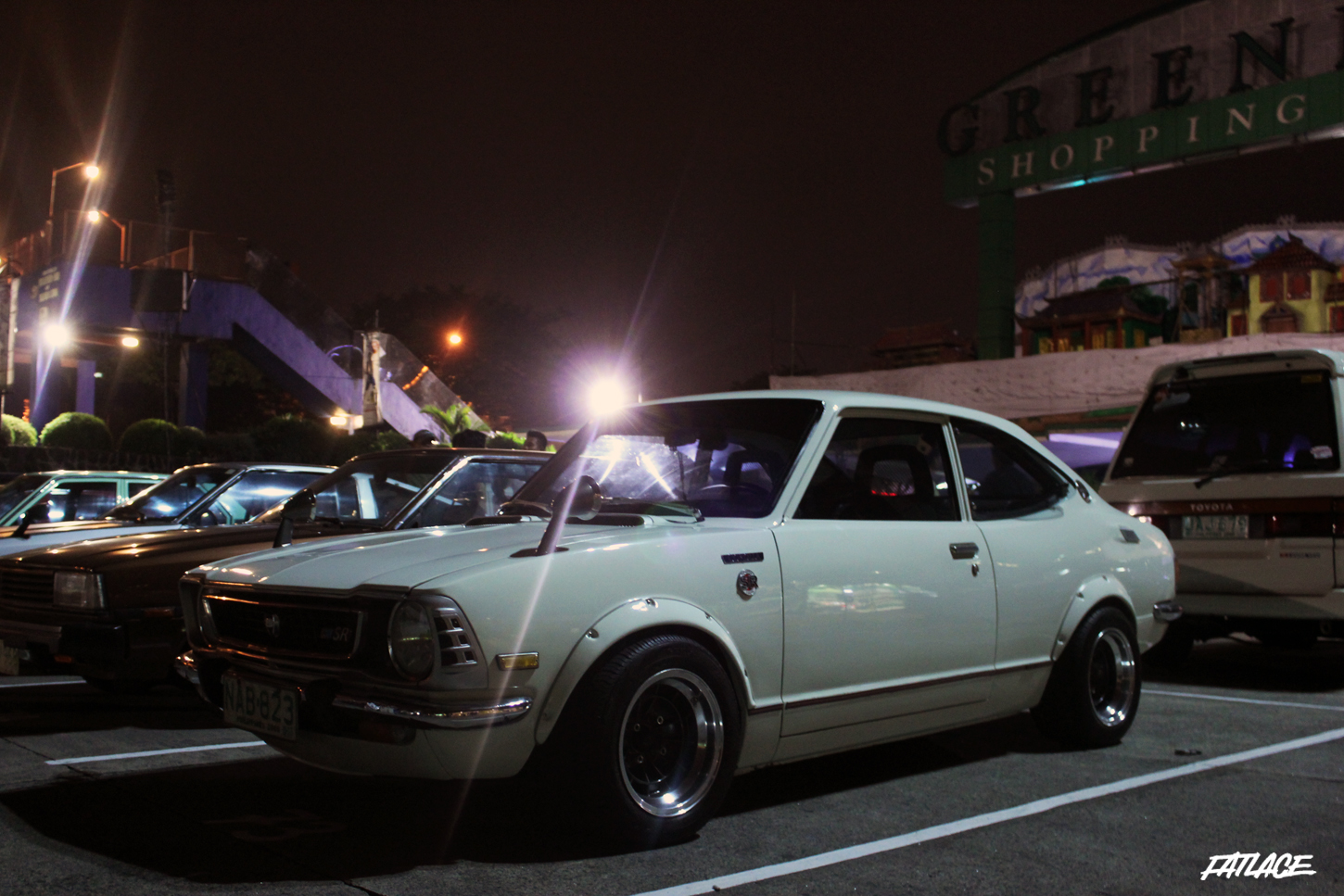 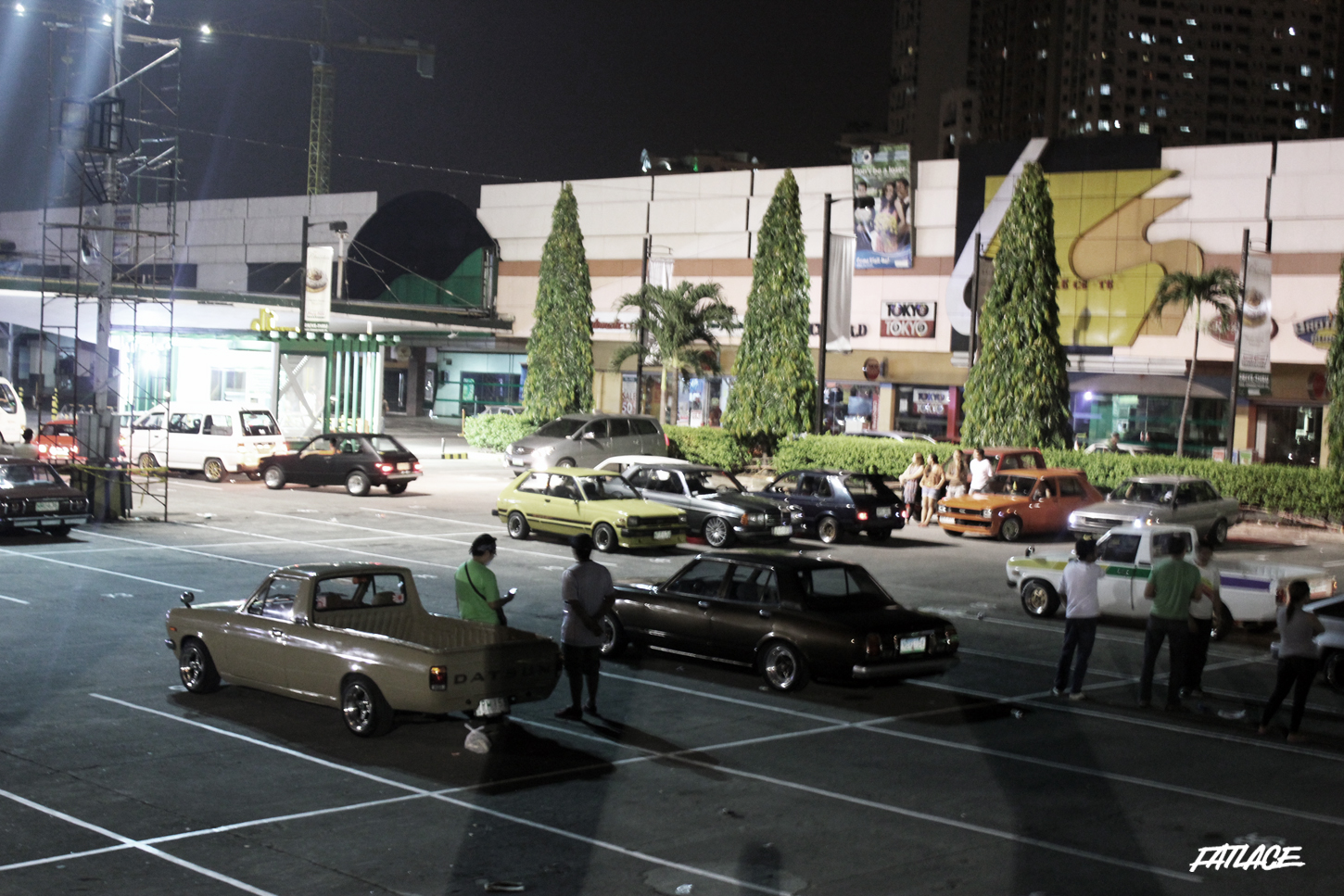 Again, big thanks to Manny Martinez and Paulo Arespacochaga for inviting me to  your  meet. Expect more classic builds here in Manila on Fatlace.com. Til next  time.