Some build cars to stand out from the rest, mostly go with the trends and there are a few who build with their own taste. With all the beautiful Silvia‘s I encountered during my recent trip to Japan, Ty Okamoto‘s S14 stood out because of its simple approach. With the vast availability of parts for the S-chassis his refined taste in life reflected on his Kouki. On to the photos. 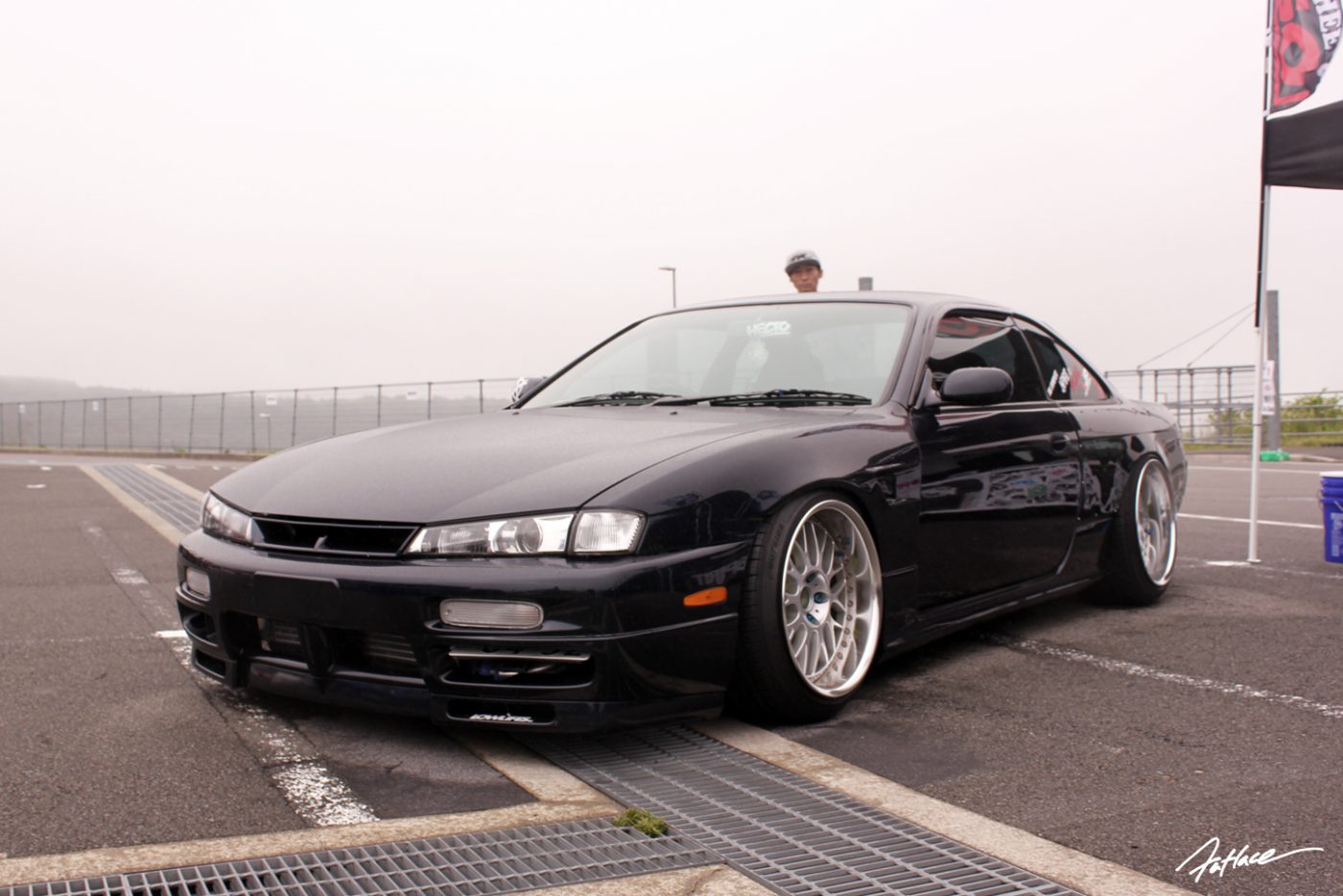 Okamoto-San’s Silvia serves as a street car and as a demo vehicle during shows for his clothing shop, Hectopascal JP which is located near Nishinomiya Hyogo area. 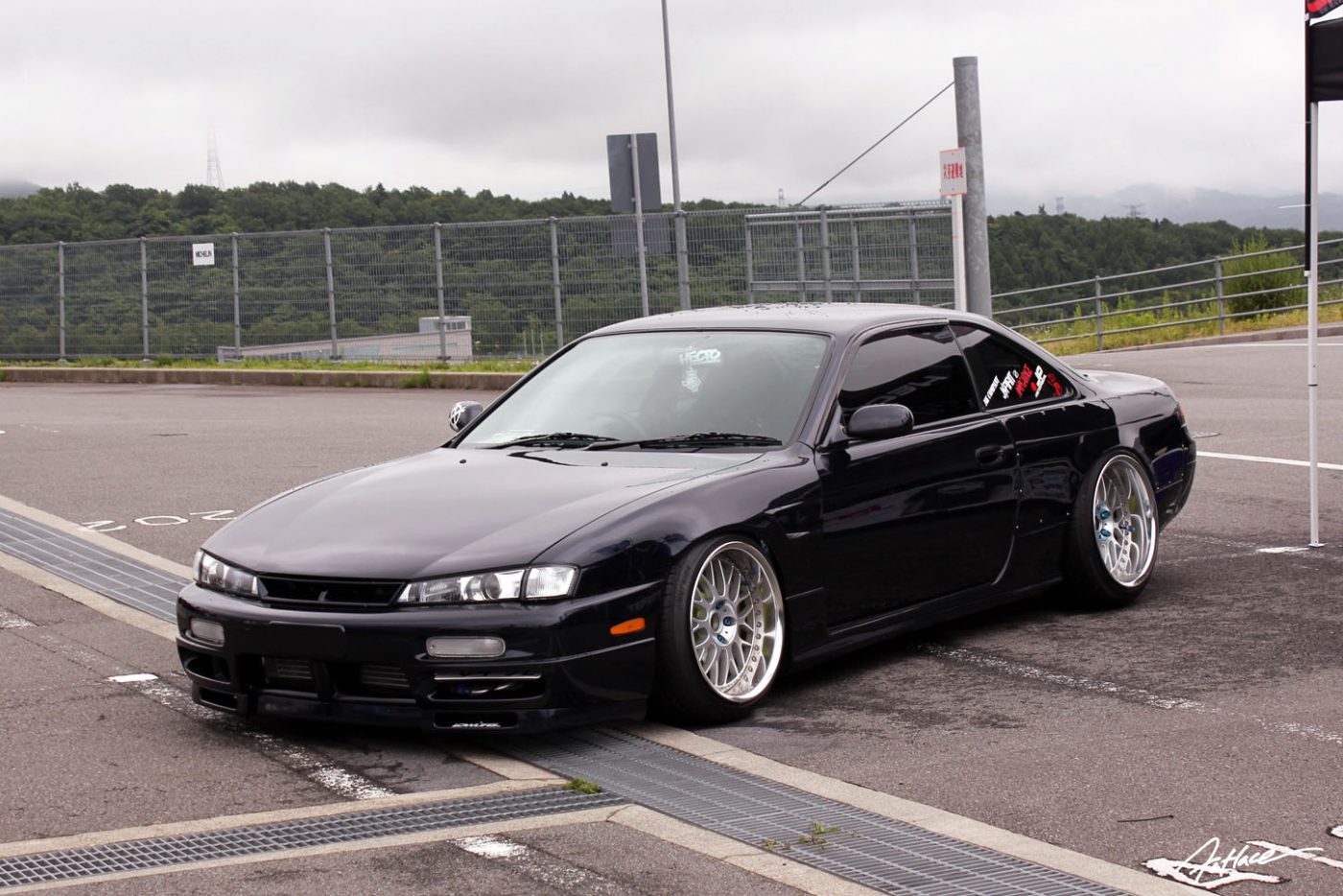 Most of Silvia owners in Japan go for the JDM kit when going for the OEM look. He went for the other route;  USDM headlamps and side markers,  S14 Navan side skirts,  Zenki rear bumpers + optional OEM valance. 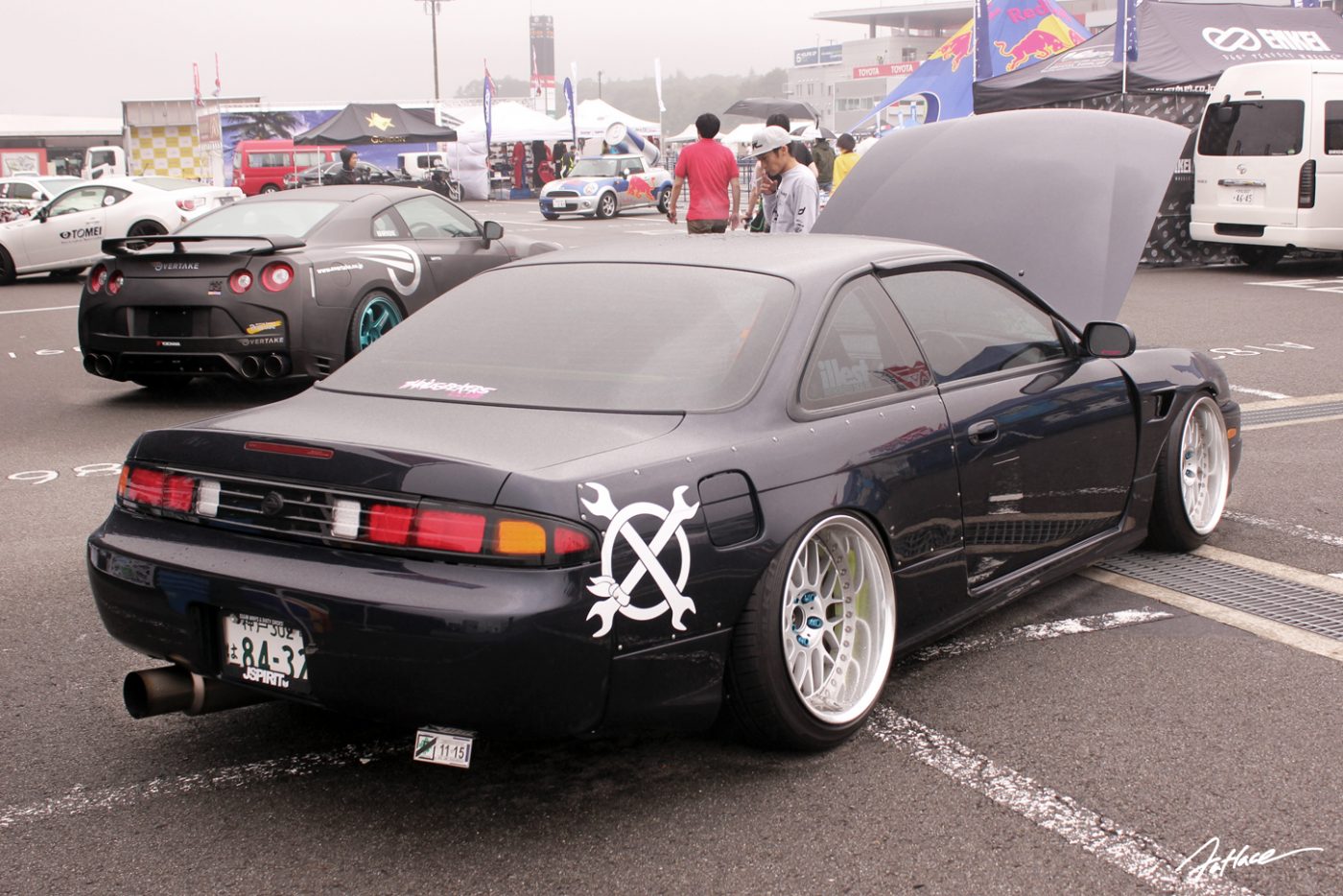 The touch of Kei Miura is also present as he installed a Rocket Bunny fenders on all sides. As we all know Miura-San never distributed Kouki parts from Kyoto based shop but it did not stop Okamoto-San as he installed the Zenki’s +50mm rear over fender. The front wide-body fenders gets more interesting as he modified the it into the FRP Kouki fenders. Creativity. 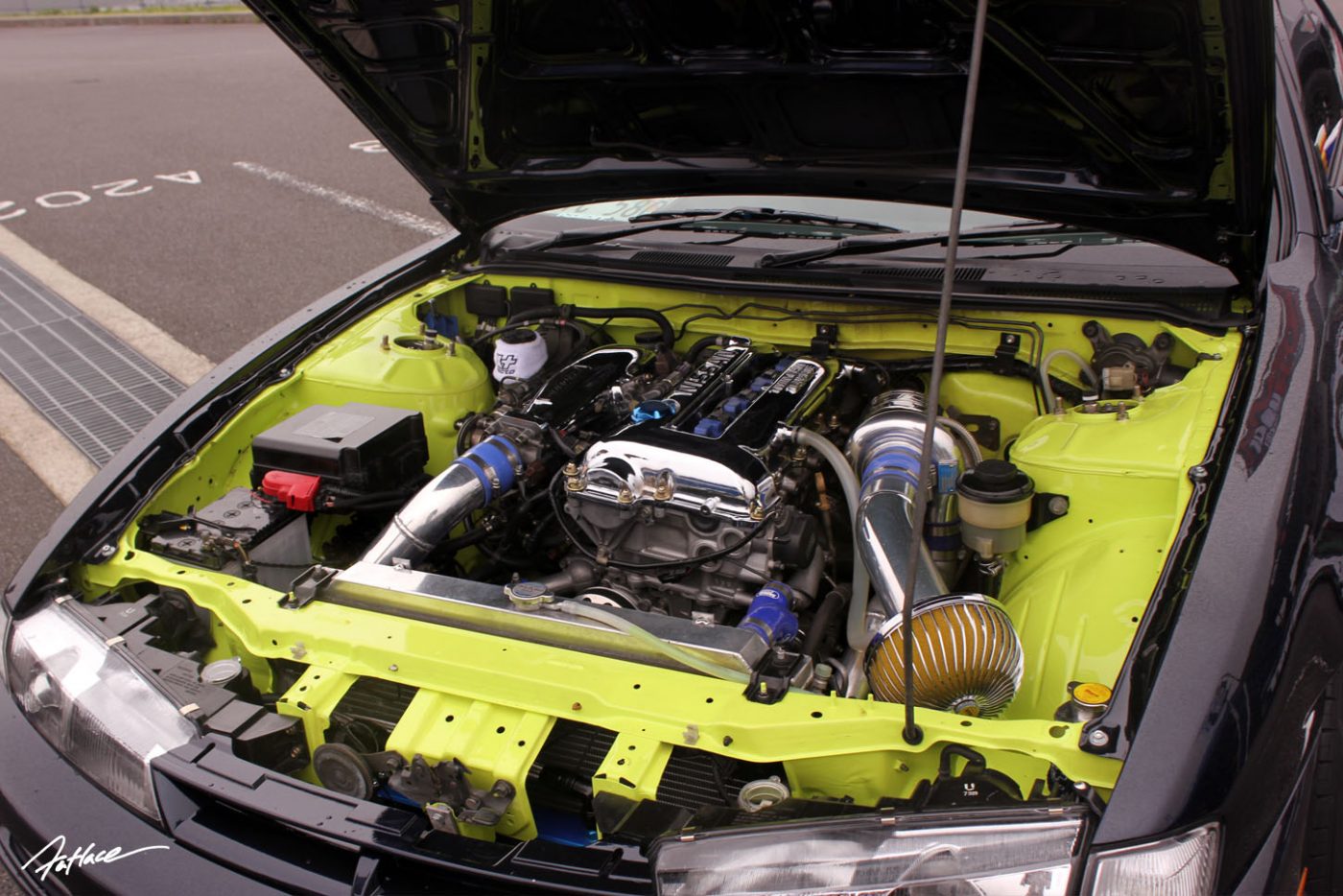 Engine for the S14 is a fully built SR20DET with Greddy TD06 Turbine and HKS F-CON V Pro. Judging from the visual side anodized parts add flair and Okamoto-San’s love for drifting is evident as he chose the Max Yellow engine bay from the shade of  Yoshikazu Kawakami S14 D1 car which serves contrast to the Imperial Blue body color from the BMW 5-series (F10). 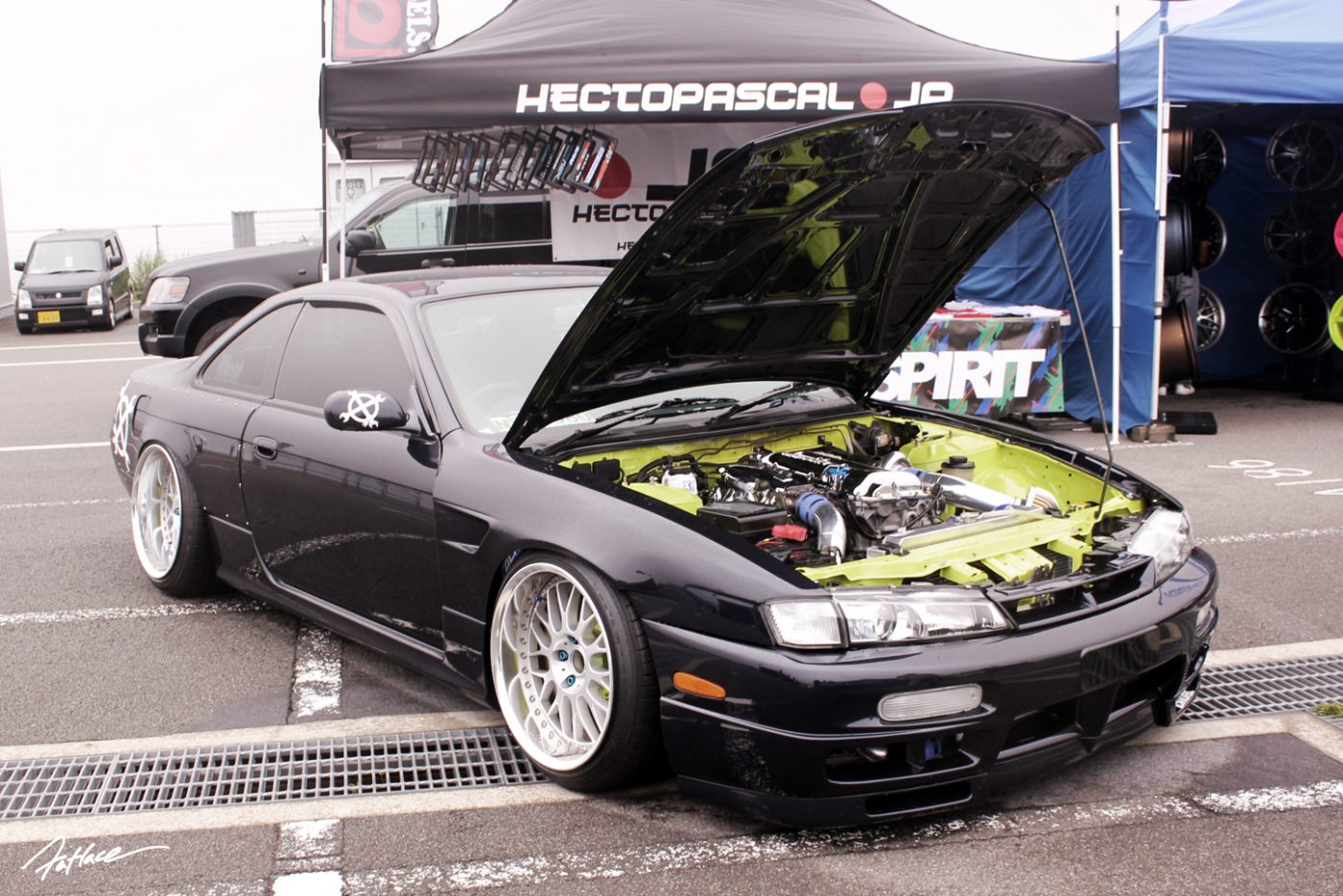 Stance Magazine Japan followed its build process as it was featured on 3 issues. It served as his motivation on what he can do with the help of his friend Barry from AP Garage. 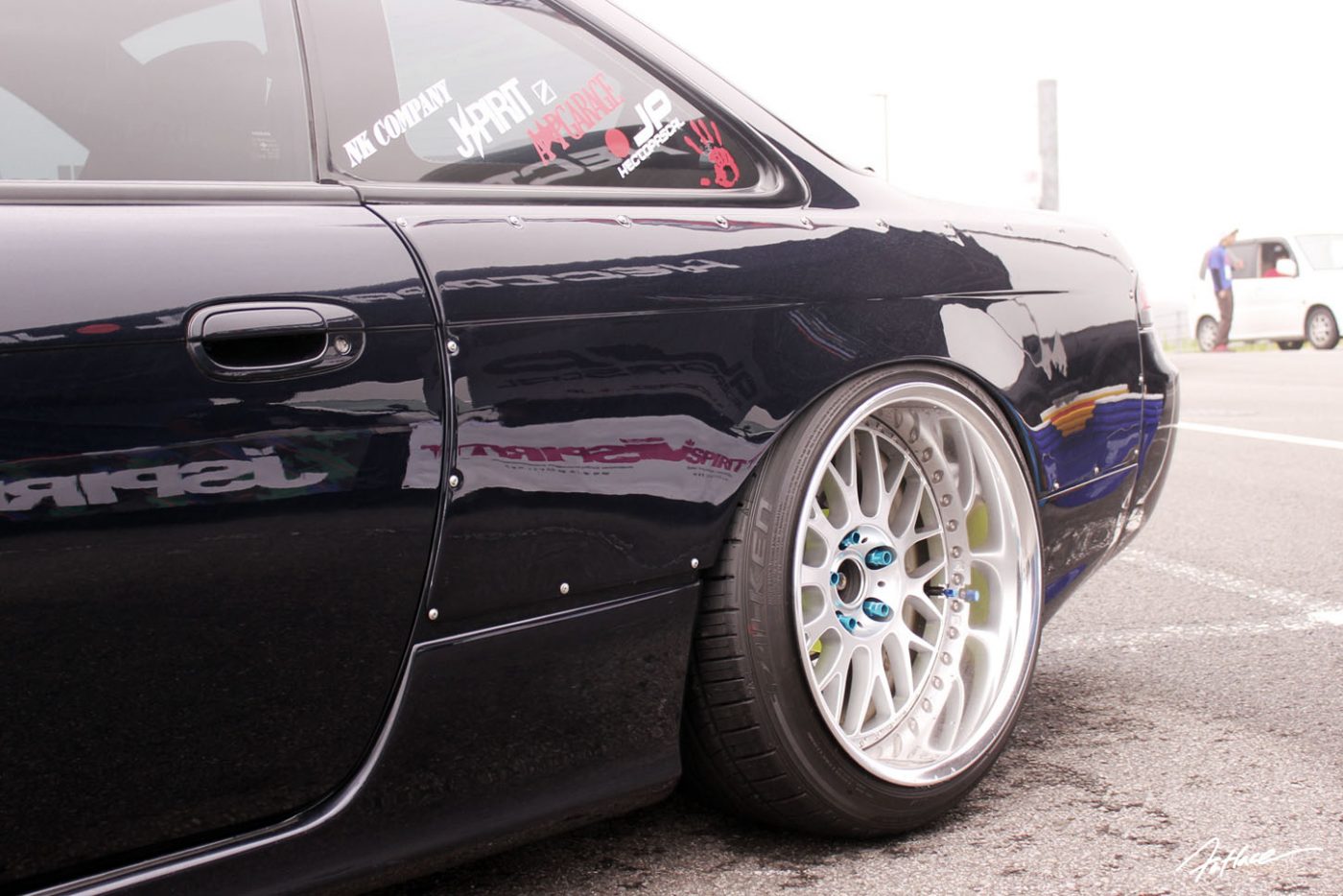 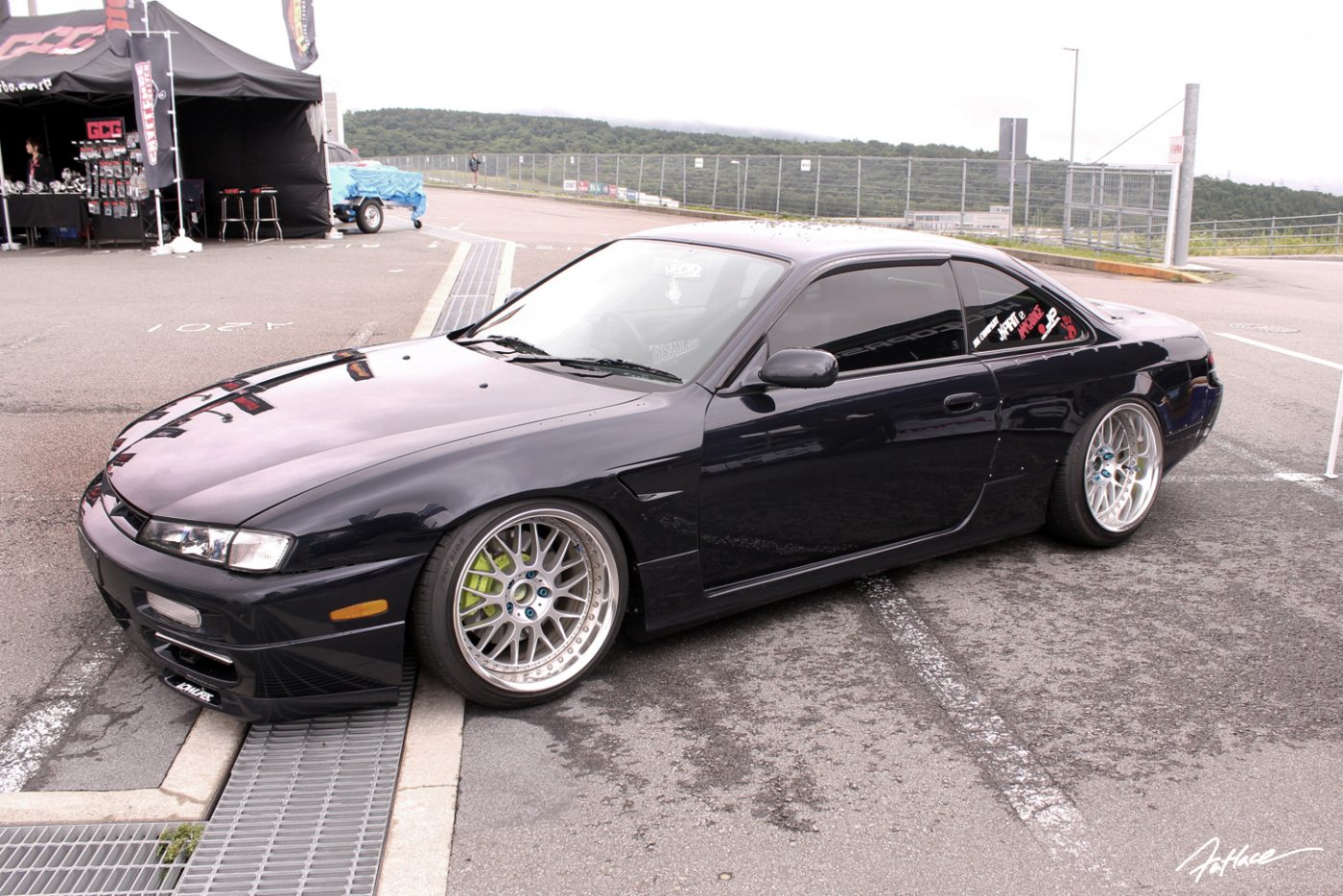 During our exchange of emails I asked him a few questions about his inspirational build, he would like to thank Barry Higa and the guys at JSPL/JSPIRIT, Balance Auto parts, NK company, Stance Magazine, Work Wheels Japan and all his friends and family who helped. What I love about the guys in Japan is their humility and how they help each other in different ways. 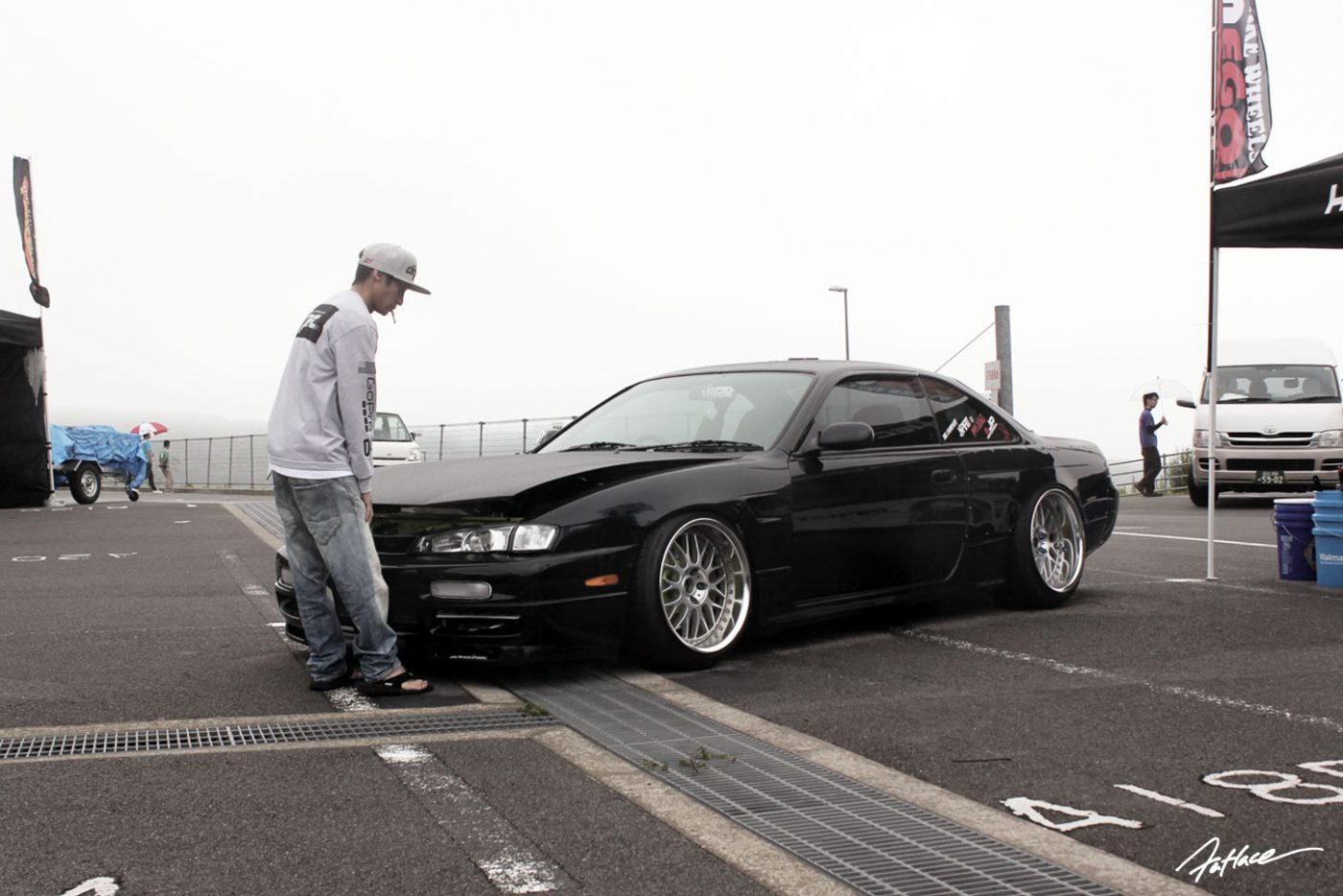 Look at that aggressive yet clean look of the S14.

Despite all the achievements and acknowledgements he had received with his build, Okamoto-San remains grounded just like his Silvia.

(PS: I would like to take this opportunity to thank Okamoto-San in helping me with future set, see you soon buddy.)

2 thoughts on “The Hectopascal Silvia”