Since receiving a “super mixer” for Christmas, I can’t help but want to whip up baked goods every time I step foot into the kitchen. Luckily, I have an awesome boyfriend (and coworkers) who are willing to indulge in my crazy concoctions and miscellaneous mishaps. Most recently, in a bout of procrastination from finishing a marketing deck, I became determined to whip up some Nutella Caramel Hazelnut Brownies. But I had to wait for the butter to soften to room temperature, so I got bored and reverted to a rendition of one of my favorites: Iced Oatmeal Applesauce Cookies. 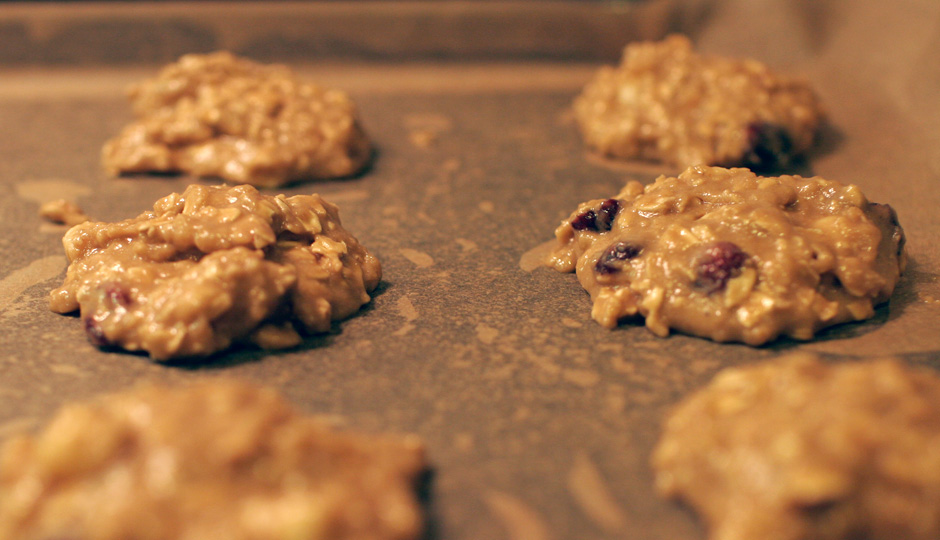 I only had dried cranberries on hand, so I threw a handful of those in with a cup of white chocolate chips. Oatmeal raisin & chocolate chip cookies are another batch of my favorites to make. If you’re a chocoholic like me, they’re just not the same without the chocolate chips. Speaking of chocoholics, the Nutella Caramel Hazelnut Brownie is a chocoholic’s dream come true. I mean… just look at these bad boys: 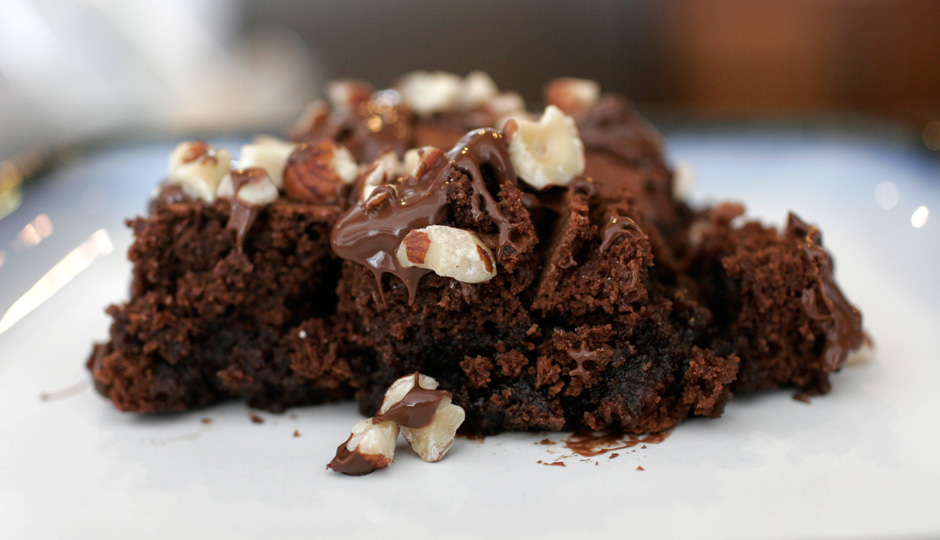 Since I didn’t have a 10″x7″ pan handy, I used a 9″x6″ loaf-style one which made the process significantly more difficult. The parchment paper was all over the place, it was harder to layer the brownie/caramel and when I took it out to cut, everything got a little crumbly. Regardless, they’re unbelievably decadent and rich and topped with some French Silk ice cream… they’re to die for. Definitely looking forward to perfecting these for parties, birthdays and potlucks! What are some of your favorite things to bake? 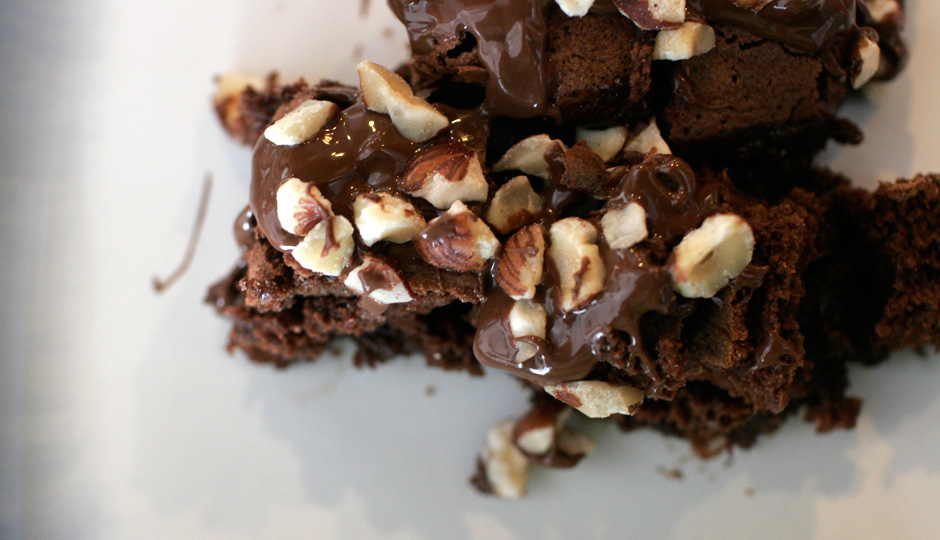