I was recently asked to shoot the RWB Porsche 911 aka Pandora One. Of course I wasn’t going to pass that up. I had to a week to figure out what I wanted to do with it but at the end I pretty much just went with the flow of the shoot. The night before the shoot, Max brought the car out to me to check out and get an idea of what kind of stuff I wanted to get out of the shoot. 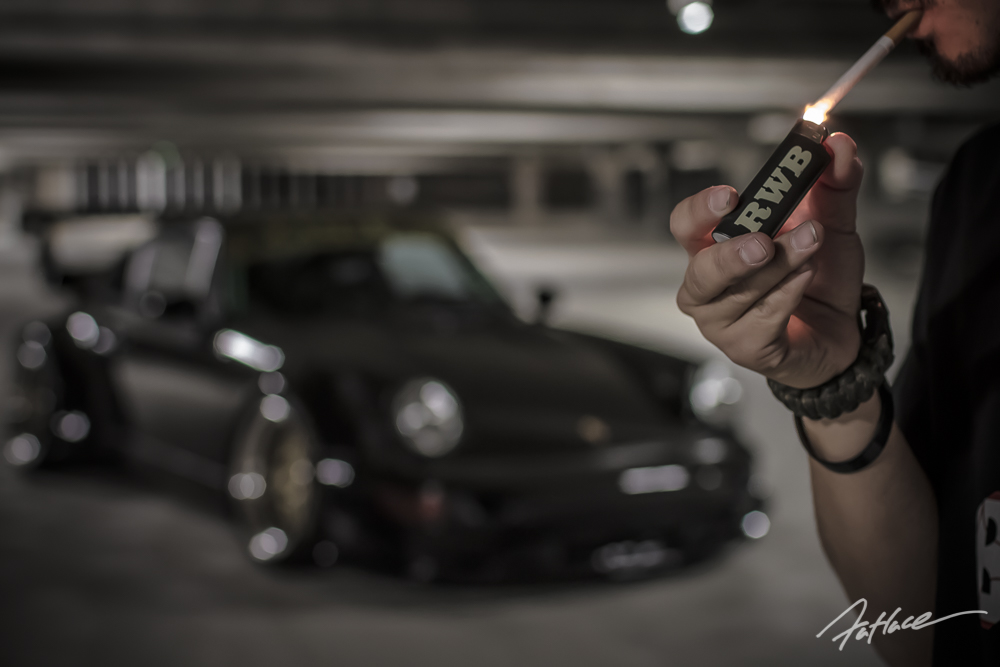 We brought it to a garage to just take a few test shots. 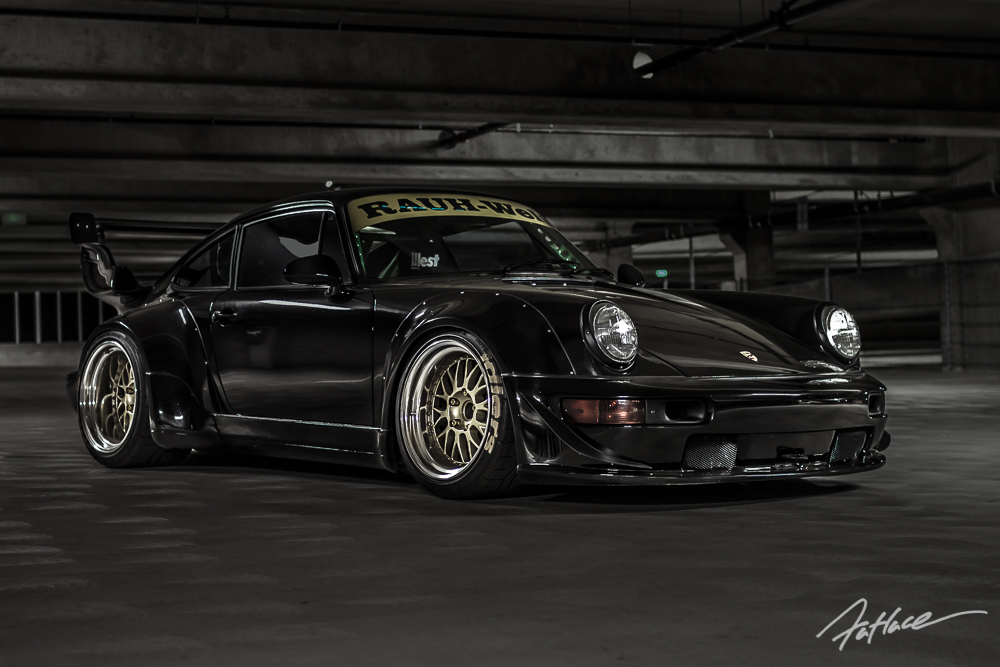 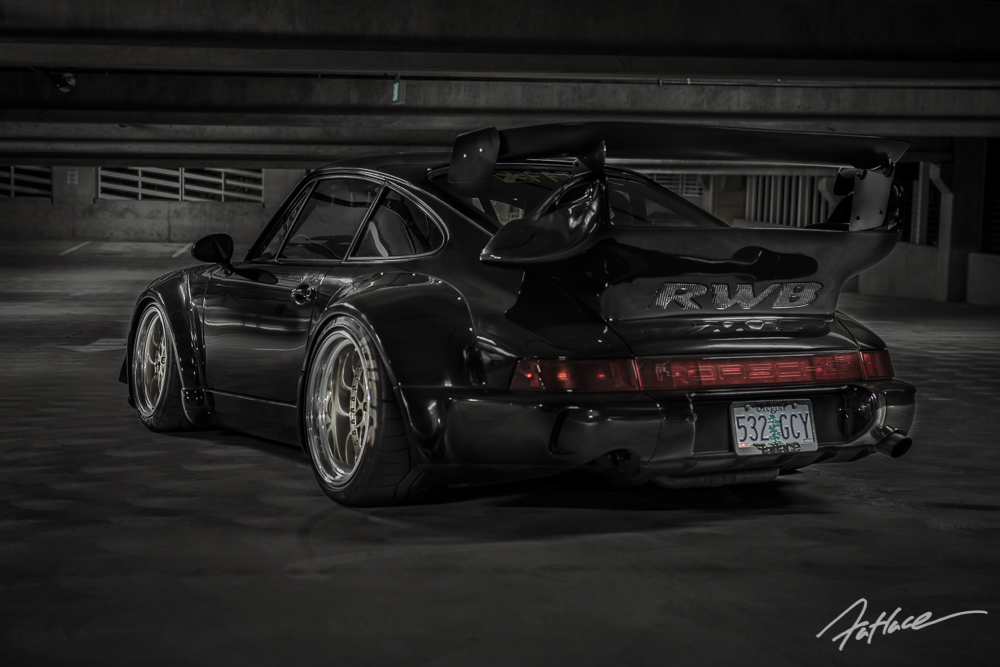 Even with the more stealth color, compared to its previous green color, this car will still grab everyones attention. 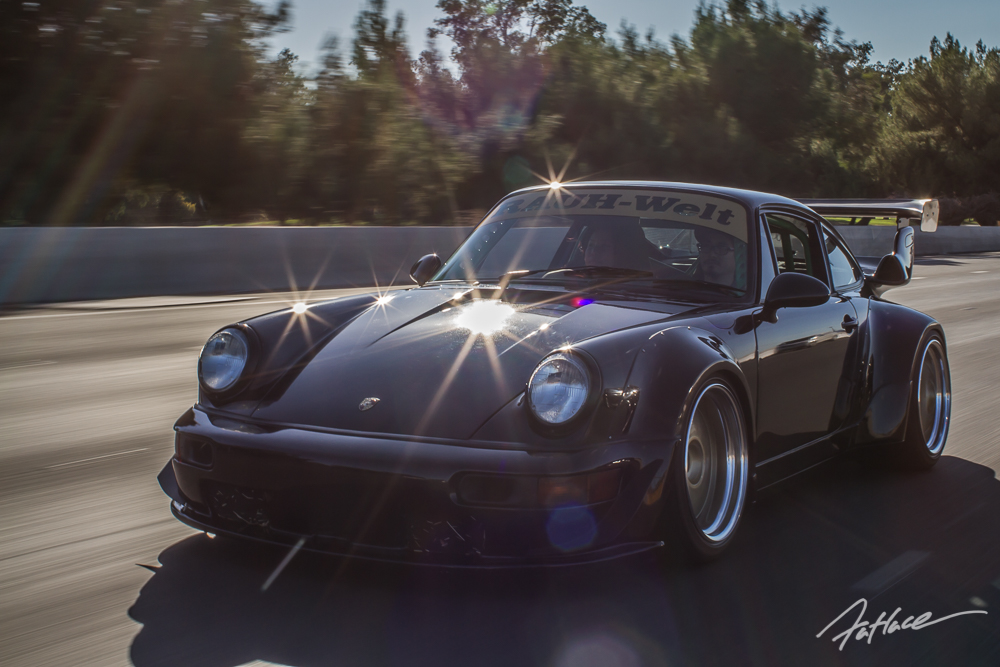 The following day I had a few friends help me out with the shoot, which I’ll thank later in this post. We started off by taking it to Mines road in Livermore. 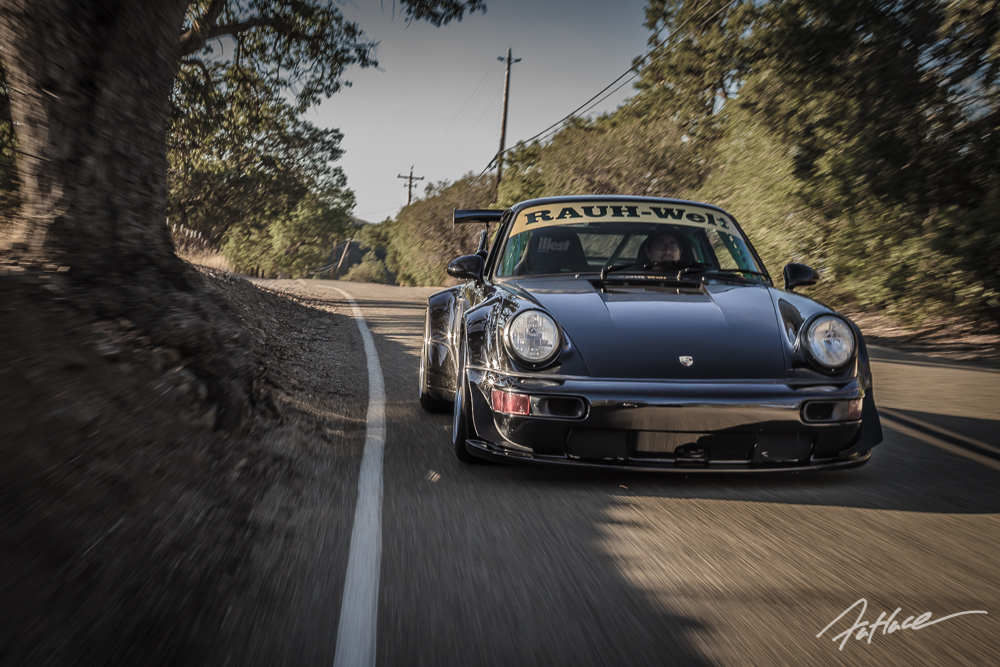 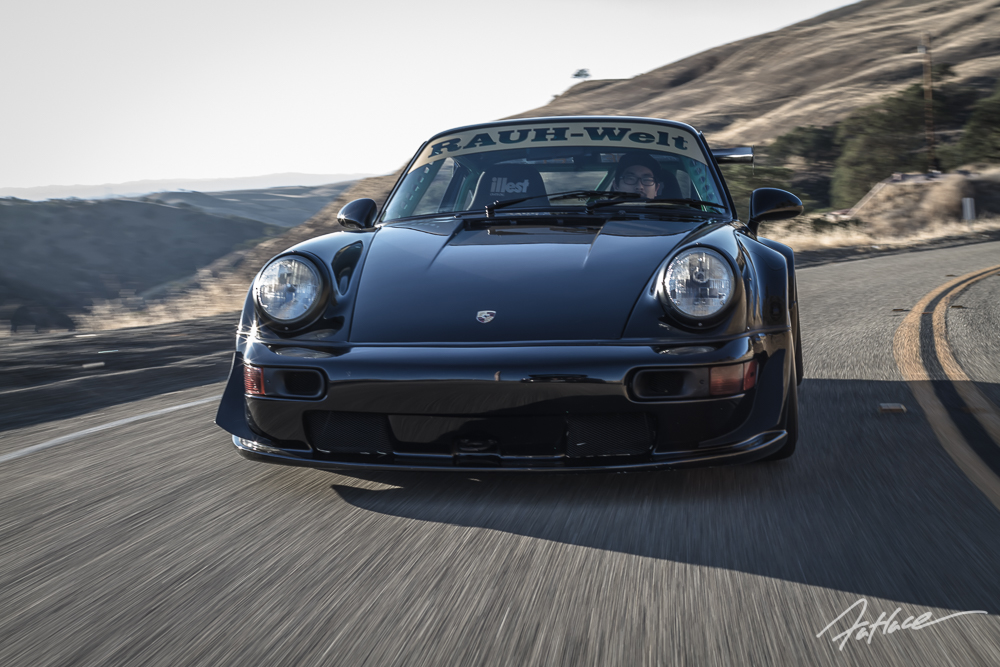 Then we took a few shots of its parked because the view of the valley was amazing. 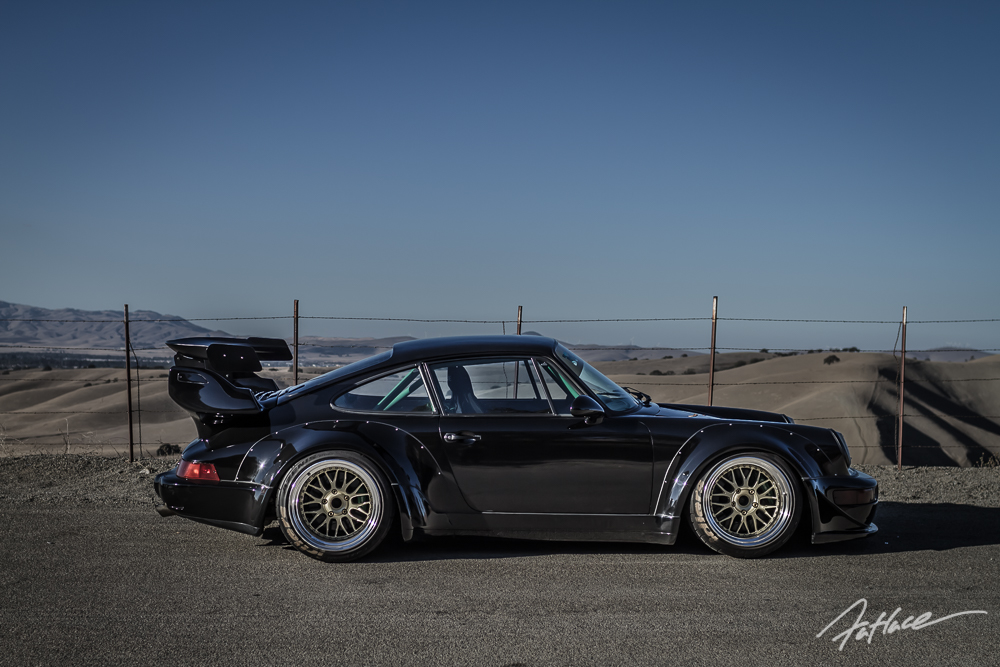 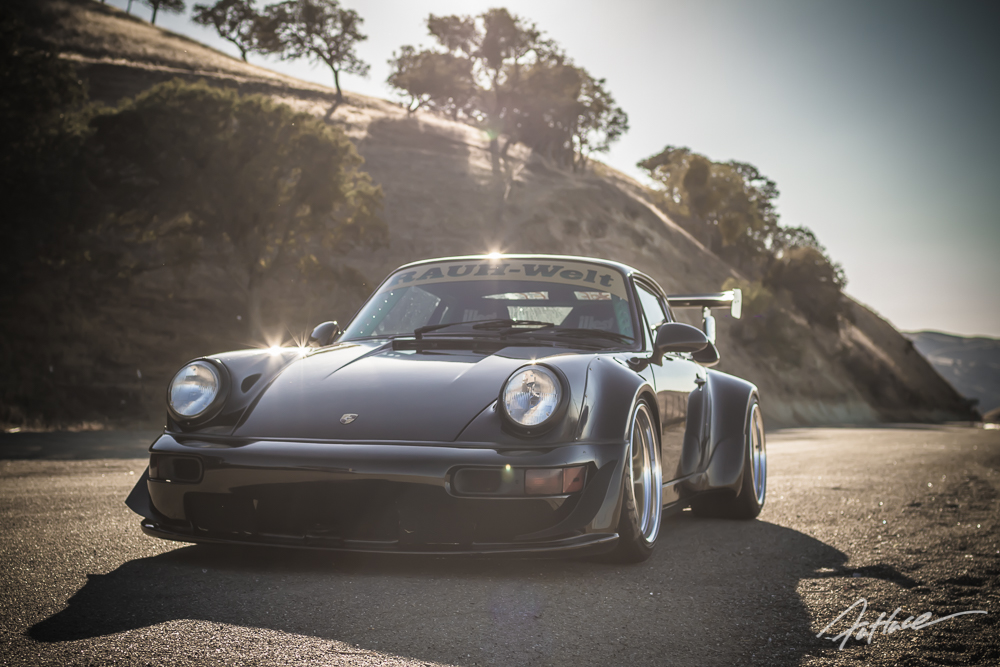 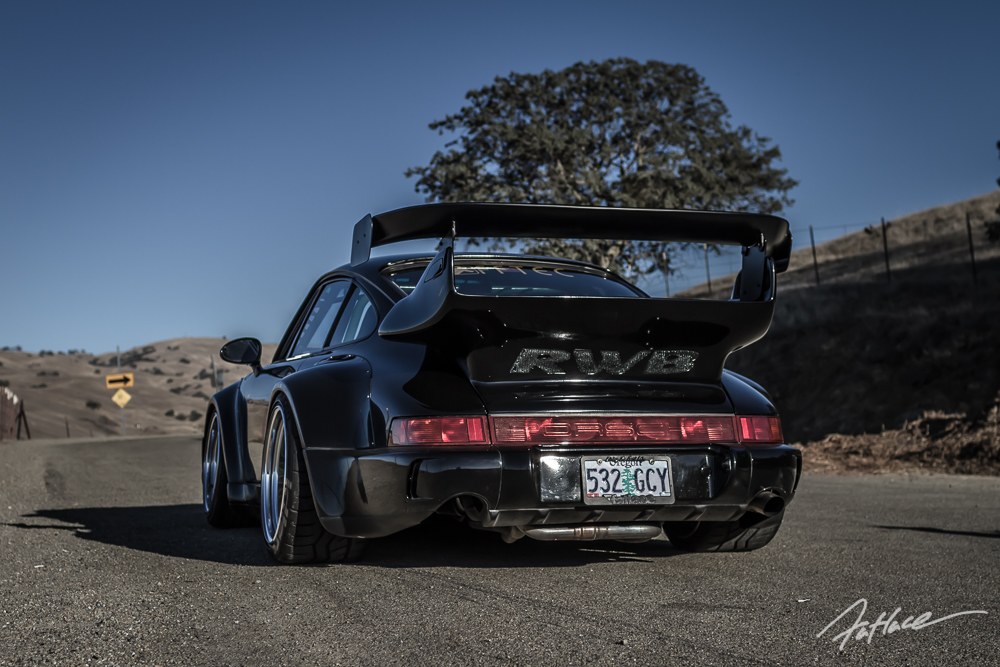 A few minutes later we were back on Mines road to get more actions shots. 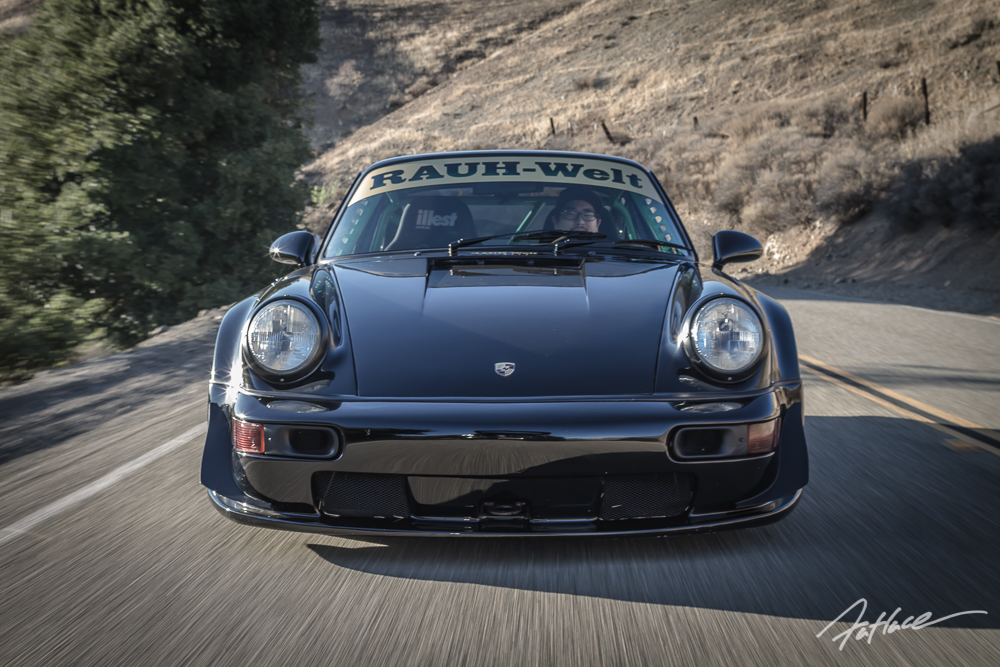 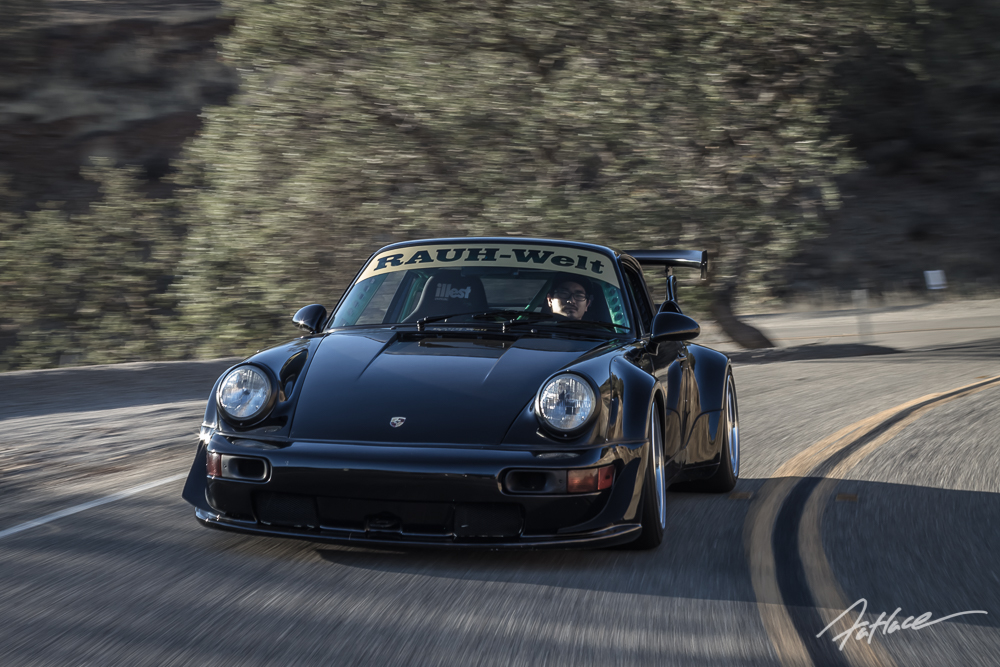 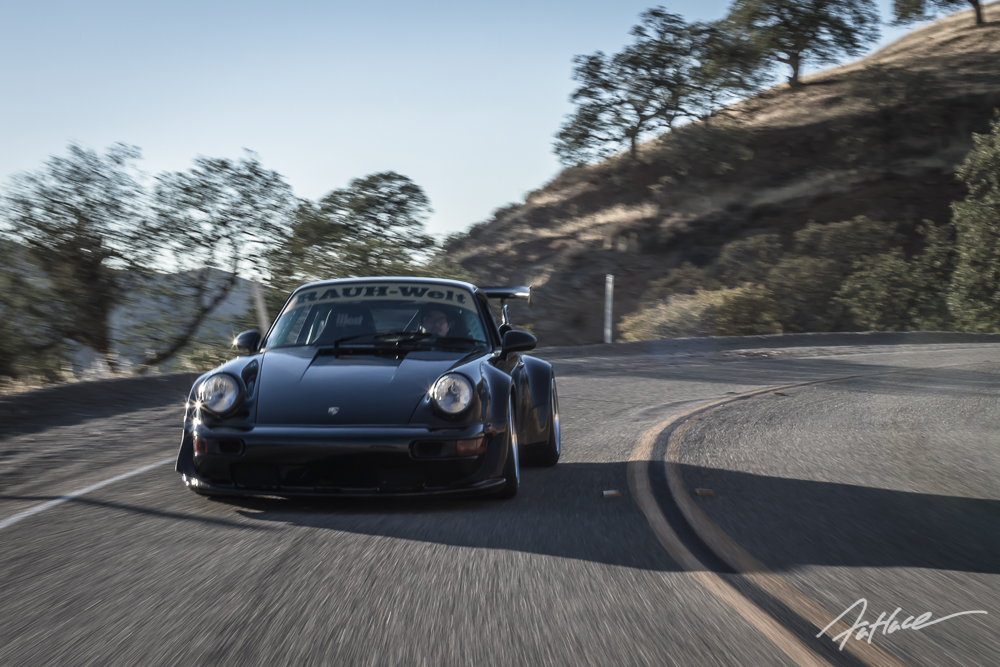 With all that driving we had to refuel… Tiffany’s Mazda 3 didn’t but the Pandora did. After that we were off to Redwood Road in Oakland. Then we really lost the sun. Special thanks to the crew: Kenny, Tiffany, Jenn, and Max for coming out and helping with the shoot. I couldn’t have done it without you guys. Tiff I owe you food for driving the other car while Kenny and I shot out of your trunk.

1 thought on “Black is the new green.”