One of the first video games I fell obsessively addicted to was SSX Tricky. My best friend at the time had a 70″ TV, a cupboard full of snacks and parents who somewhat adopted me ‘cuz I was the only other Mandarin speaking kid in class so I was constantly over at her house trying flipping ubertricks and punching myself for not having discovered Mixmaster Mike and Rahzel earlier in my life. The good old days…

Since I was notoriously clumsy, uncoordinated, and a giant wuss, there was no way in hell I would ever excel at extreme sports like snowboarding and skateboarding. It just wasn’t in the cards. I guess video games were my way of channeling an inner badass. But after joining the real world of research papers and marketing proposals, my favorite characters, tricks (and inner badass) took a back burner. Until Ubisoft released Shaun White Skateboarding earlier this week. 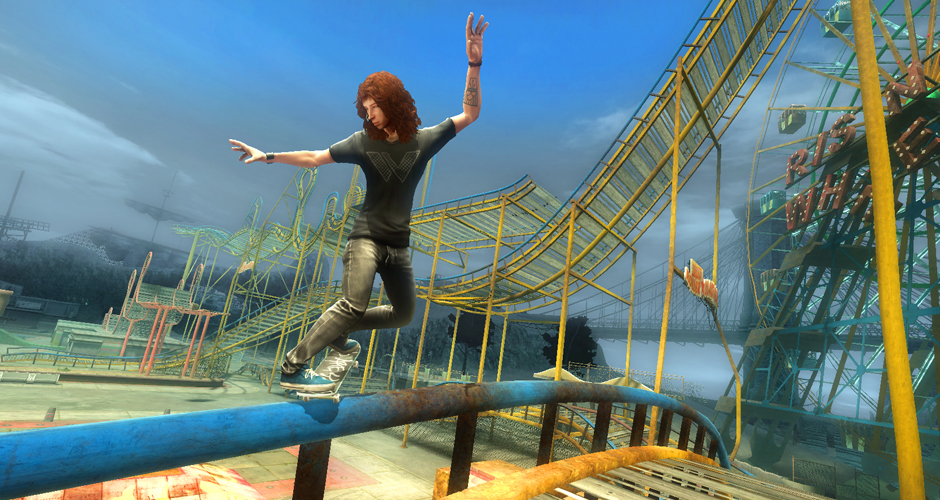 Um… WHAT??! This game looks beyond epic. As if everyone’s favorite carrottop Shaun White and everyone’s favorite “build-your-own”-game-from-the-90s SIMs got together and created a lovechild for the modern day gaming system with better graphics and an incredible user interface. Exactly what I was looking for to bring back the good old days of video games on 70″ TVs and endless snacks. Don’t judge me.